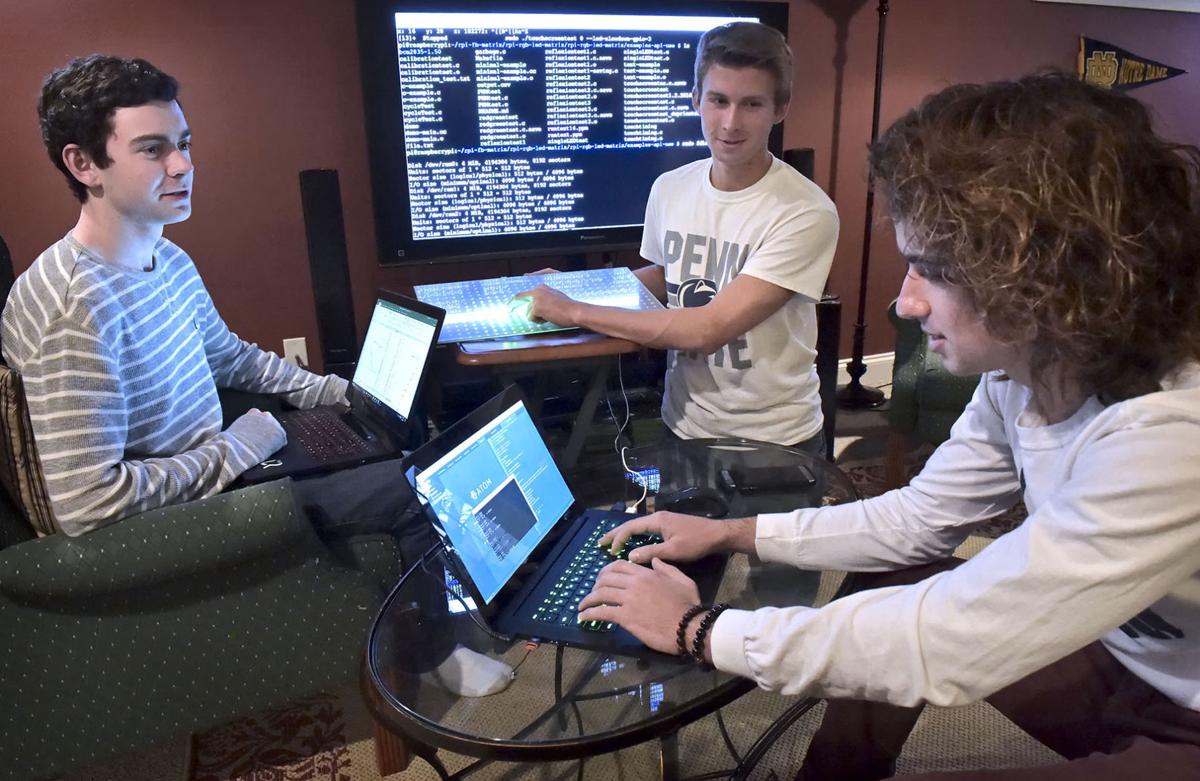 From left, Patrick Walsh, Matt Roda and Matt Campagna work on settings for their concussion-screening device the night before they traveled to the Consumer Electronics Show in Las Vegas. 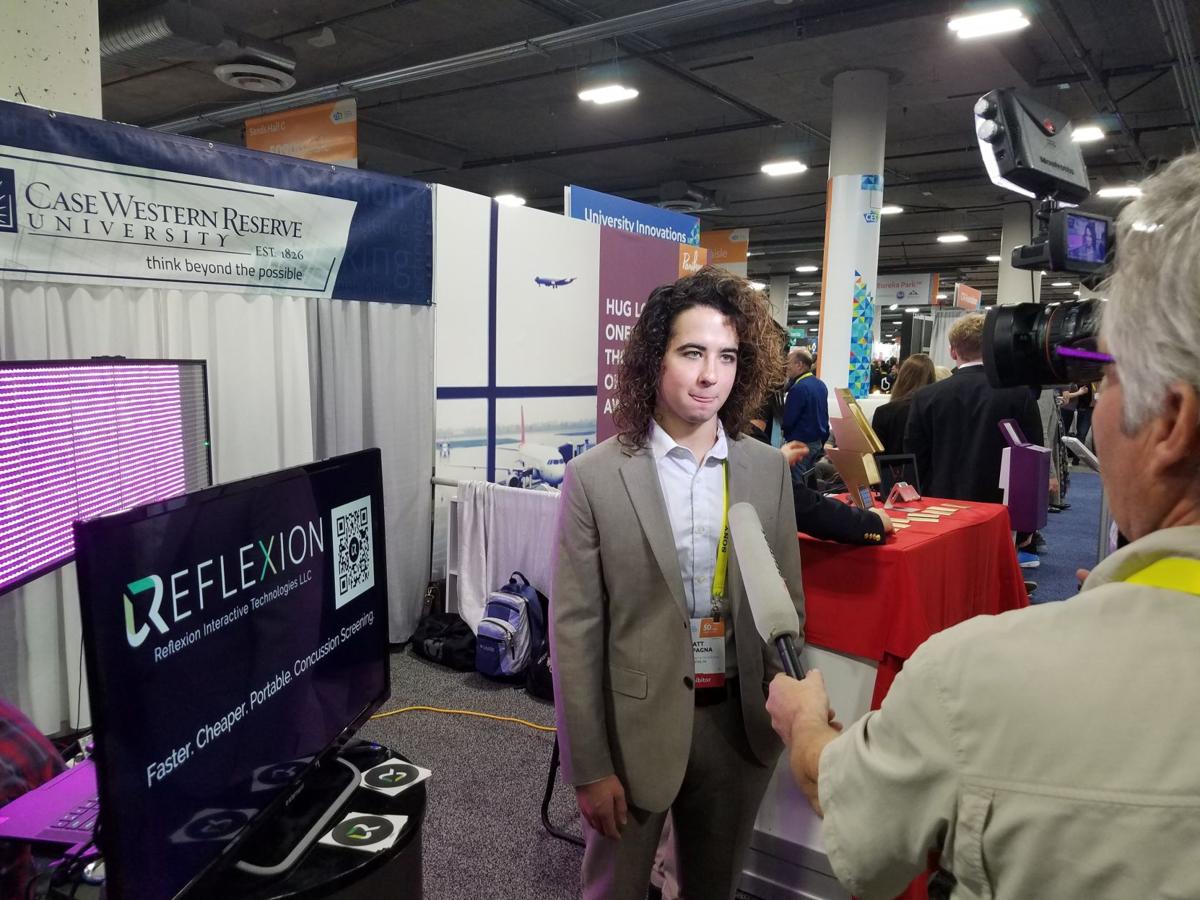 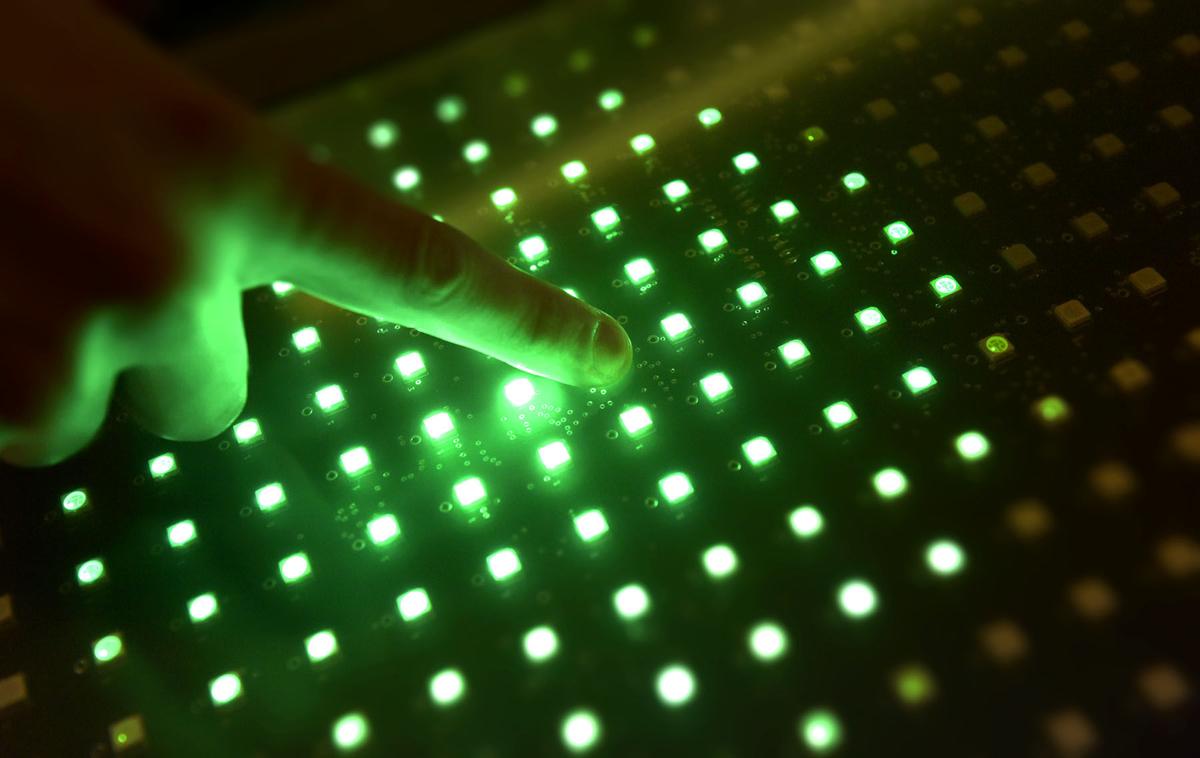 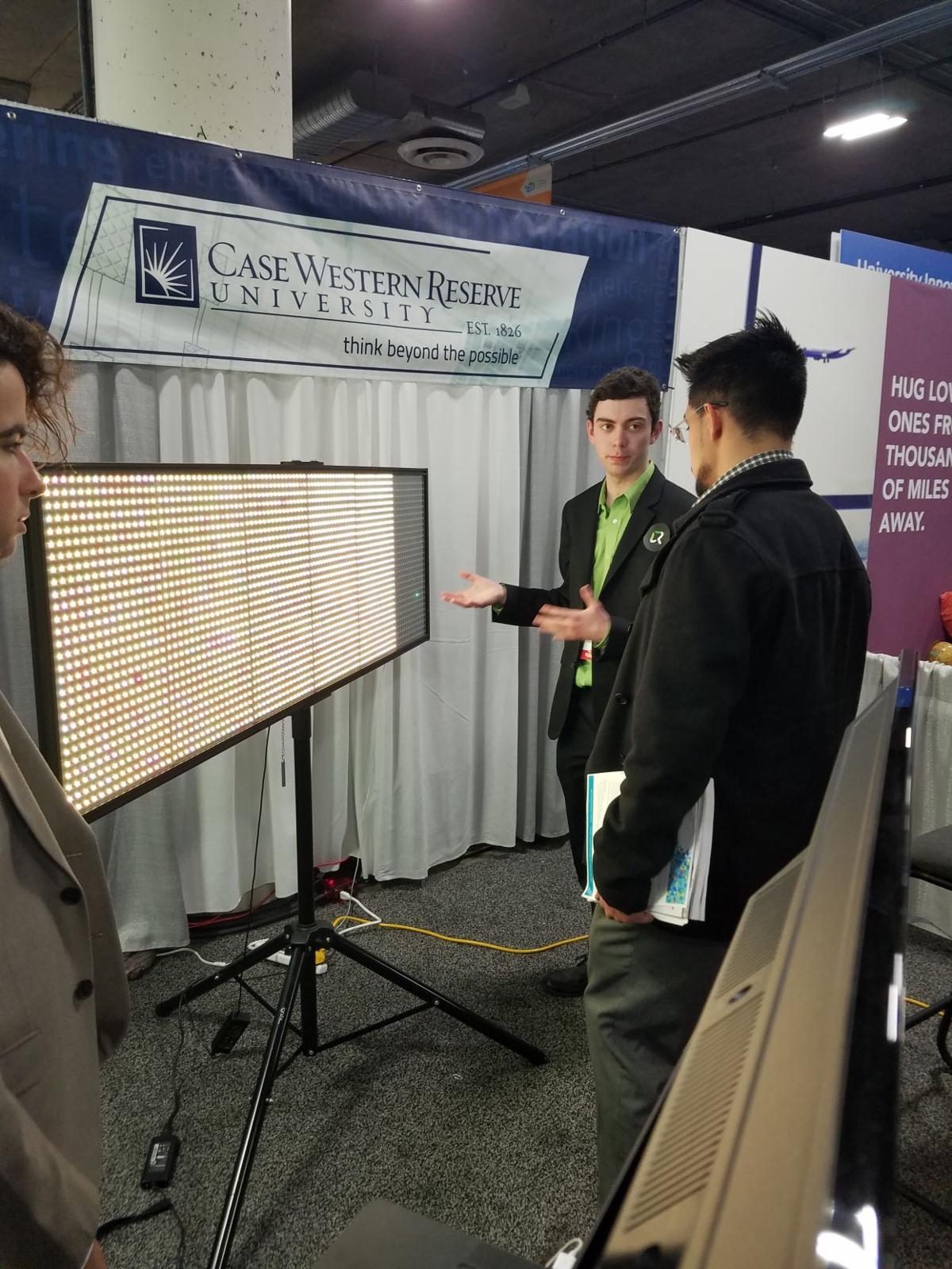 From left, Patrick Walsh, Matt Roda and Matt Campagna work on settings for their concussion-screening device the night before they traveled to the Consumer Electronics Show in Las Vegas.

During an ice hockey game, Matt Roda, then a student at Lancaster Catholic High School, slid headfirst into the boards after being illegally checked.

The coach took him off the ice, sat him on the bench, and asked him three questions: Where are you? What year is it? Who is the president? Roda correctly answered the questions and went back in the game.

He later texted his mother, complaining about a headache. Then he drove home. Roda remembers none of this, however.

When he saw a doctor a few days later, he was told he had suffered a concussion. It took two months before he could return to school full time.

Since then, Roda, now a sophomore in college, has made it his business to help prevent this from happening to somebody else.

He and two former Lancaster Catholic classmates — Patrick Walsh and Matt Campagna — have built a portable device that they believe will be able to see in 30 seconds whether an athlete is suffering from a concussion.

They started a company called Reflexion Interactive Technologies and have raised more than $100,000 in startup funds. Thursday, they unveiled their device at the Consumer Electronics Show in Las Vegas.

Concussions have been in the spotlight in recent years, especially after former professional football players filed a related lawsuit against the National Football League. Athletes playing with concussions is also an issue at the college and high school levels.

It’s difficult to know the severity of this problem. That’s partially because nearly one-third of high school athletes have undiagnosed concussions, according to a study in the Clinical Journal of Sport Medicine. But the High School Sports-Related Injury Surveillance Study’s latest survey shows concussions are the most common high-school-sports-related injury.

Pennsylvania does not require that high school students be tested for concussion before they begin participating in sports. The most widely used voluntary test is the ImPACT test, taken in the pre-season to establish a baseline.

Student athletes and their parents are required to review information about traumatic brain injuries, Byers says. If students are suspected of having a concussion during an activity, they are immediately removed from play and evaluated. If it is determined they have a concussion, only a medical professional trained in concussion management can clear the athlete to resume play.

“The problem is, we’re basically waiting until somebody on the sideline goes, ‘Wow, that was a really big hit,’ before we check them for a concussion,” he says.

“So there’s an obvious problem there. We have all of this great technology, but in order for us to use it we’re relying on a person to suspect that there was a concussion.” 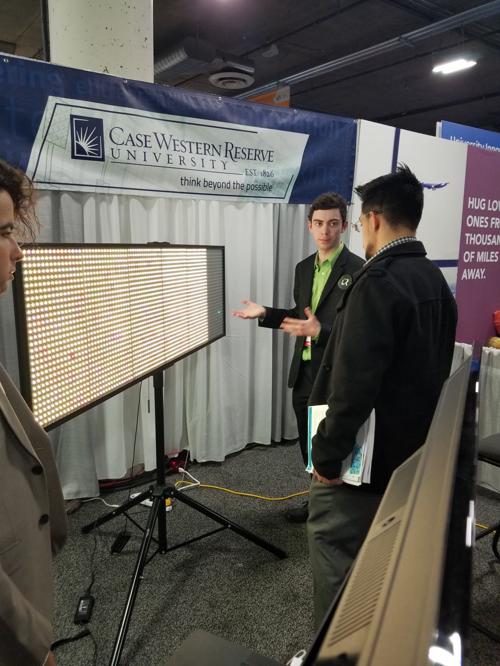 Roda and his colleagues believe their device can make it easier to determine if someone has a concussion.

The latest version of their device, called the Edge, is a board that is 6 feet wide and 2 feet high and covered with 2,500 LED lights. The test is kind of like playing whack-a-mole on a giant touch screen, explains Roda, the company’s chief marketing officer.

It takes 30 seconds for the test to measure several different reaction times used to determine if the subject has a concussion. The portable device can be dismantled, packed into a bag and taken to practices or games.

The business partners plan to focus on first on high school football, ice hockey and basketball. They’d like teams to test reaction times after every practice, or at least once a week.

“We can collect massive amounts of data that will show a trend across a season,” Roda says.

The idea for the Edge and the company came a few months after Roda suffered his concussion.

He was in a Java programming class with his two classmates at Lancaster Catholic. A gym instructor filling in for an absent teacher talked about concussion-testing technology that was too expensive for most high schools.

“The three of us kind of looked at each other and said, ‘We think we can do that,’ ” Roda says. “We can build a device that tests what they’re talking about for not very much money.”

They’ve been working over the last three years to build a prototype and a company around that idea.

After graduation in 2015 and before they parted ways to attend college, Campagna, Roda and Walsh met and decided to continue their project.

“I was interested in the technology, and I really just wanted to see it through to the end — the whole project and the business,” Walsh says.

During the school year, they have weekly meetings, talk daily and work individually on the business.

Walsh, of Akron, is a 20-year-old student at Cornell University and the chief operations officer of the company. He’s the main programmer.

Roda, of West Lampeter Township, is a 19-year-old student at Pennsylvania State University. He will handle an upcoming clinical study and works with advisers.

Campagna, of Lancaster Township, is a 19-year-old student at Case Western Reserve University in Cleveland. He’s the big-picture guy who works with fundraising and product development.

Networking locally, the trio connected with investors, many connected to Lancaster Catholic High School. Adding grants from college competitions and funding from Ben Franklin Technology Partners, they now have more than $100,000 to build the business and pay engineers to make a new version of the Edge.

A beta version of the Edge should be ready in the fall. Then the team needs to figure out how to manufacture the device and come up with a way for people to understand the data.

Most pressing last week was getting the Edge ready in time for CES, the world’s biggest technology show. The group won a space at Case Western’s area in the University Innovations Marketplace. They’re hoping to make connections and spread the word about their company.

The day before they flew to Las Vegas, the newest version of the Edge was still in pieces on the basement floor at Roda’s parents’ home.

“This is a really cool device,” Roda says. “It can do a lot of really cool things, but only if it’s working.”

By the time the show started Thursday, Jan. 5, the trio hadn’t slept in 39 hours, but they were ready.

‘Concussion’ & what you should know about sports and brain injuries

With the new Will Smith film coming out on Christmas day, doctors across the country are seizing the teachable moment.

Another Lancaster County company is at CES.

Muse Ring, a Lancaster business, is launching its smart ring at the show.

The ring can track your fitness, send notifications from your phone and handle calls, according to the company’s website.