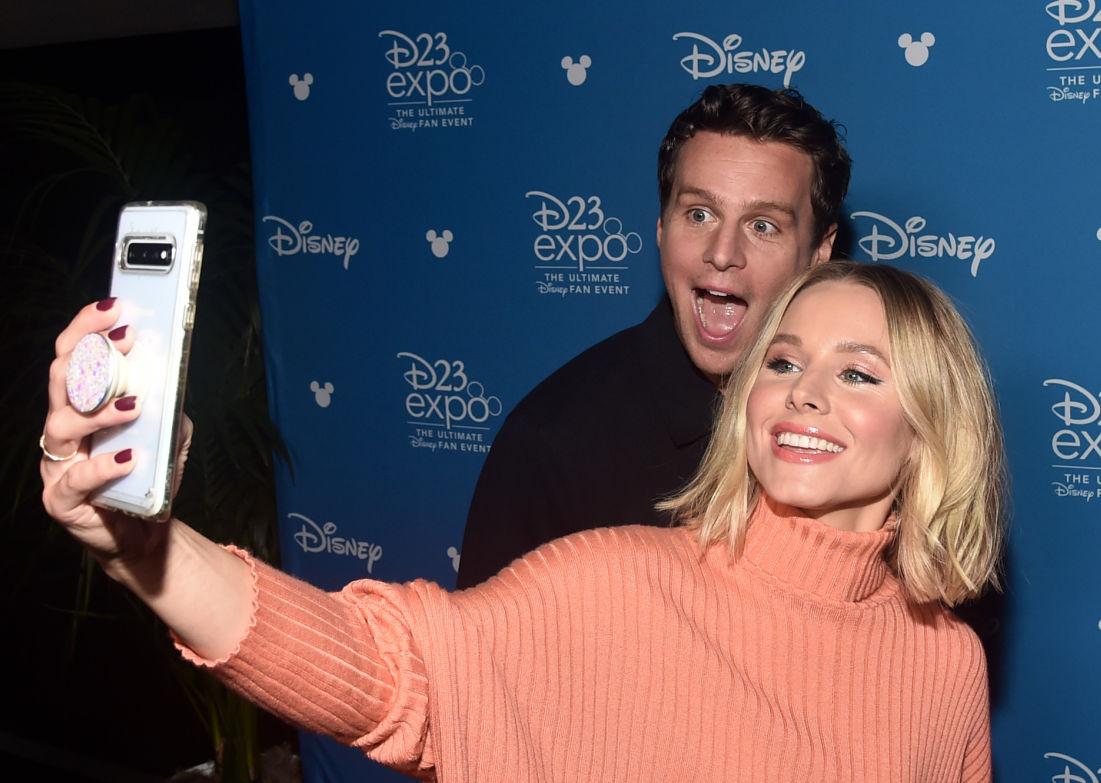 From left, "Frozen 2" voice actors Jonathan Groff and Kristen Bell pose for a selfie while promoting the animated Disney film at a fan event last year. They're shown in a photo from the "Into the Unknown: Making 'Frozen 2'" documentary series on Disney+. Groff and Bell have been cast in a new musical film "Molly and the Moon." 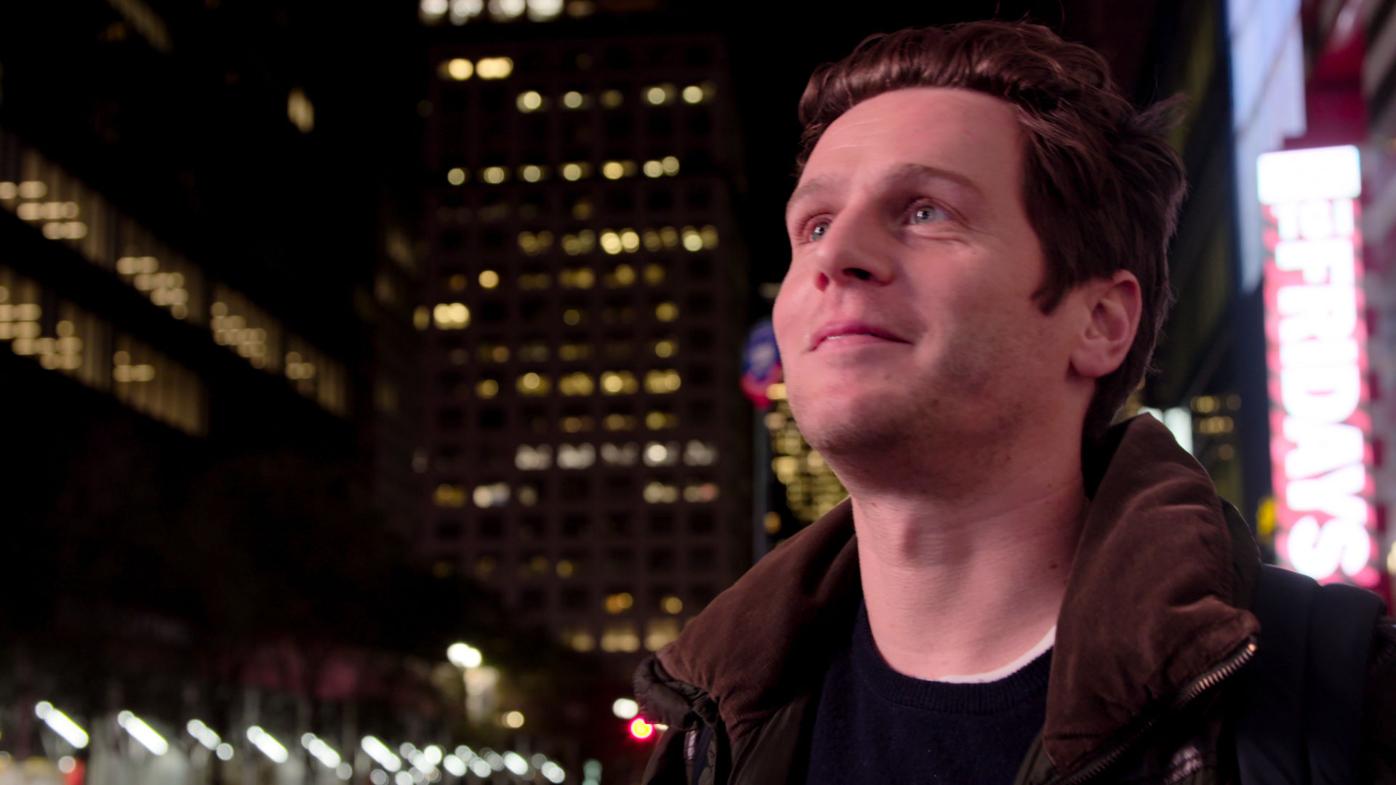 Ronks native Jonathan Groff, who has been cast in a new musical movie called "Molly and the Moon," is shown "Into the Unknown: Making 'Frozen 2'" documentary series on Disney+. 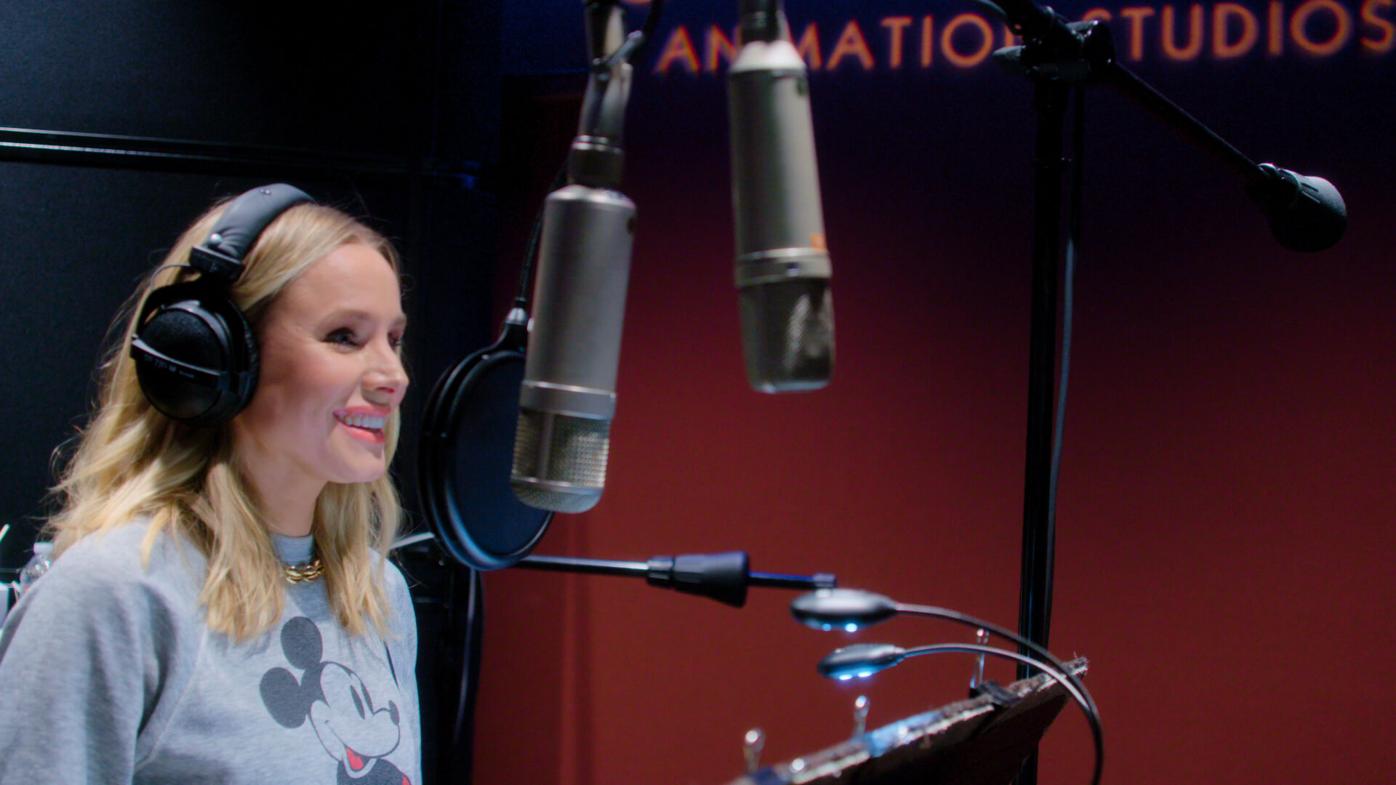 Kristen Bell records her role as Anna in the Disney animated film, "Frozen II," in this photo from the Disney+ documentary "Into the Unknown: Making 'Frozen 2'." 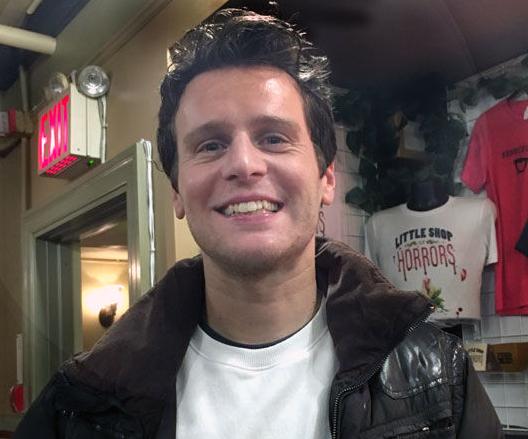 In this December 2019 file photo, Lancaster County native Jonathan Groff talks about his career after a performance in the off-Broadway "Little Shop of Horrors" at the Westside Theatre in New York.

From left, "Frozen 2" voice actors Jonathan Groff and Kristen Bell pose for a selfie while promoting the animated Disney film at a fan event last year. They're shown in a photo from the "Into the Unknown: Making 'Frozen 2'" documentary series on Disney+. Groff and Bell have been cast in a new musical film "Molly and the Moon."

In this December 2019 file photo, Lancaster County native Jonathan Groff talks about his career after a performance in the off-Broadway "Little Shop of Horrors" at the Westside Theatre in New York.

The live-action film, in which Groff and Bell will play parents of a girl going on a journey toward being born, is the brainchild of Carter Bays and Craig Thomas, creators of the hit CBS TV series, "How I Met Your Mother," Deadline reported.

Bays and Thomas wrote the script and will direct the musical film, according to Deadline.

According to Deadline, the film script was inspired by the struggles Thomas and his wife went through with their infant son, Elliot, who was born with a genetic disorder that necessitated heart surgeries just after he was born (he's now 13).

Groff and Bell play Brian and Kate, the parents of the unborn soul that is their future daughter, Molly. As Kate and Brian sing to her, Molly goes on a journey through a fantasy world on her way toward being born and meeting her parents. The movie, the writers told Deadline, will move back and forth between the real world and Molly's fantasy world.

The songs Groff and Bell will sing "become the North Star for Molly to find her way through a mythical world, toward the moon she instinctively feels is calling her," the Deadline article said.

Film and TV composer Nathan Larson, the former lead guitarist of the 1990s band Shudder to Think, will write the music for the film, Deadline said. Larson has written scores for such films as "Boys Don't Cry" and "Tigerland," and TV series including "High Fidelity."

No timetable for "Molly and the Moon" was mentioned in the Deadline article.

Because of delays in filming because of the COVID-19 pandemic, "Matrix 4" is tentatively due for release in December 2021.

Groff, a stage, film and TV actor, is a 2003 graduate of Conestoga Valley High School. He acted in local theater before moving to New York, where he earned Tony nominations for his work in "Hamilton" and "Spring Awakening" on Broadway.

Last year, he starred as Seymour in an off-Broadway revival of the musical "Little Shop of Horrors."

Groff can be seen in his role as King George III in the film version of "Hamilton," now streaming on Disney+.

Groff had a recurring role the Fox TV show "Glee," and a starring role on HBO's "Looking." In addition to the "Frozen" movies, Groff has appeared in such films as "American Sniper" and "The Conspirator."

Groff had more recently portrayed a 1970s FBI agent, tasked with interviewing and profiling serial killers, in the two-season Netflix series, "Mindhunter." David Fincher, the executive producer, said in a recent interview with Vulture.com that he didn't believe the series will be coming back for a third season.

Groff and other actors in the series had already been released from their "Mindhunter" contracts, as Fincher worked on other projects. Those include "Mank," a movie about the making of the film classic "Citizen Kane," that is scheduled to be released in theaters and on Netflix this month and next.

This hazy pale ale was grown, malted and brewed in Pennsylvania; here's where to find it

Souvlaki, pastries on menu at this weekend's drive-thru Greek Food Bazaar in Lancaster

Dr. Lori: How to find treasure in thrift-store shopping [art and antiques column]

Many people are sticking to their budgets or supplementing their income by shopping at and selling wares from thrift stores such as Goodwill, …

If you blinked, you might have missed Jonathan Groff and his mother, Julie, riding on a tandem bike down Main Street during the Strasburg Memo…

Note: This story has been updated with Jonathan Groff's reaction to his Emmy nomination.