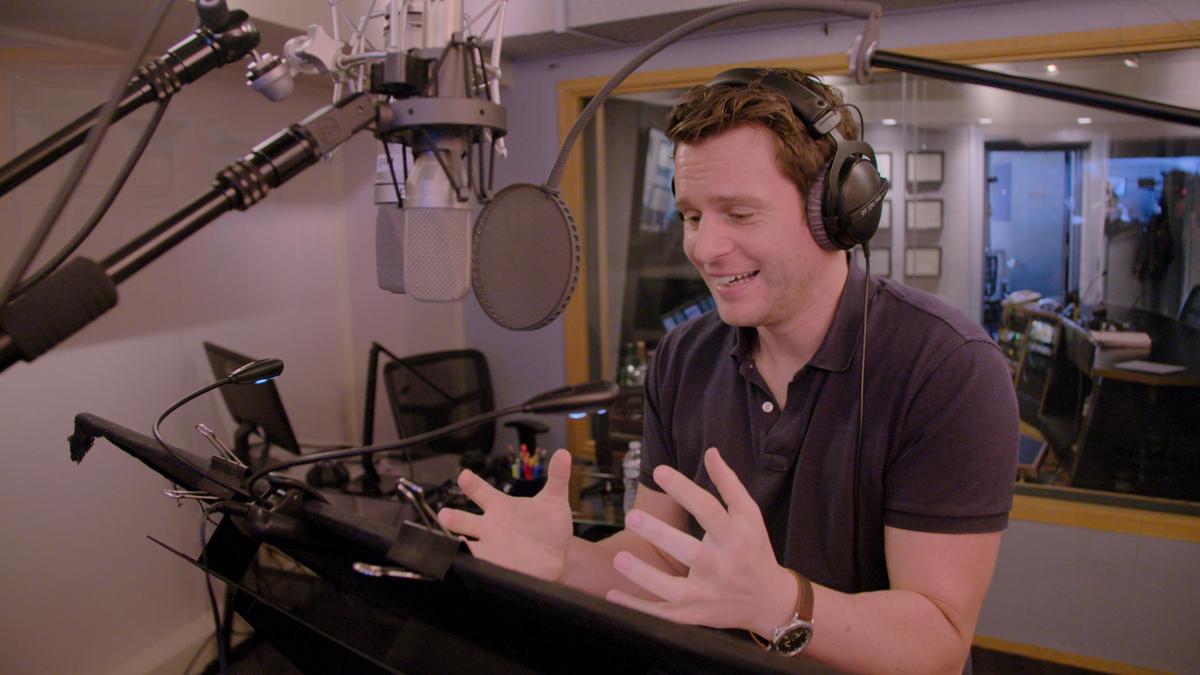 Ronks native Jonathan Groff, who voices Kristoff the mountain man in "Frozen II," is shown recording his role during the making of the Disney animated film. Groff will be part of "Into the Unknown: Making Frozen II," airing on Disney Plus starting next month.

Jonathan Groff records his voice role of Kristoff for the animated Disney film "Frozen II." The Lancaster County native will be one of the actors featured in the "Into the Unknown: Making Frozen II" documentary series on Disney Plus. 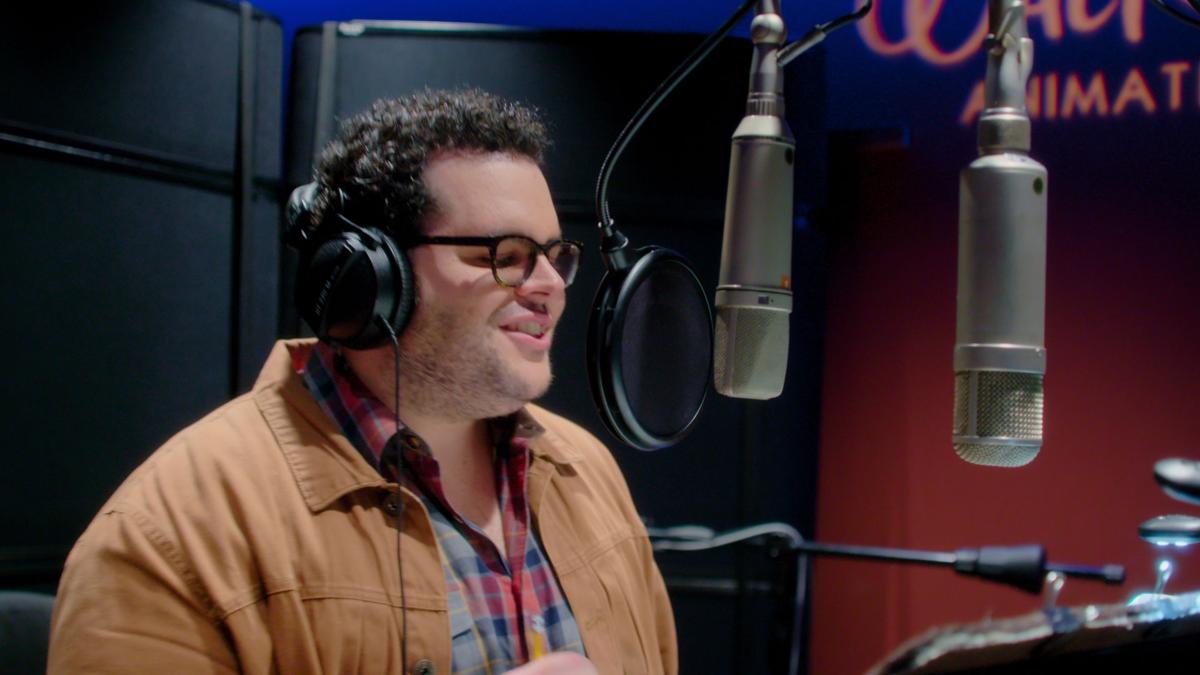 Josh Gad records his role of Olaf the Snowman for "Frozen II." 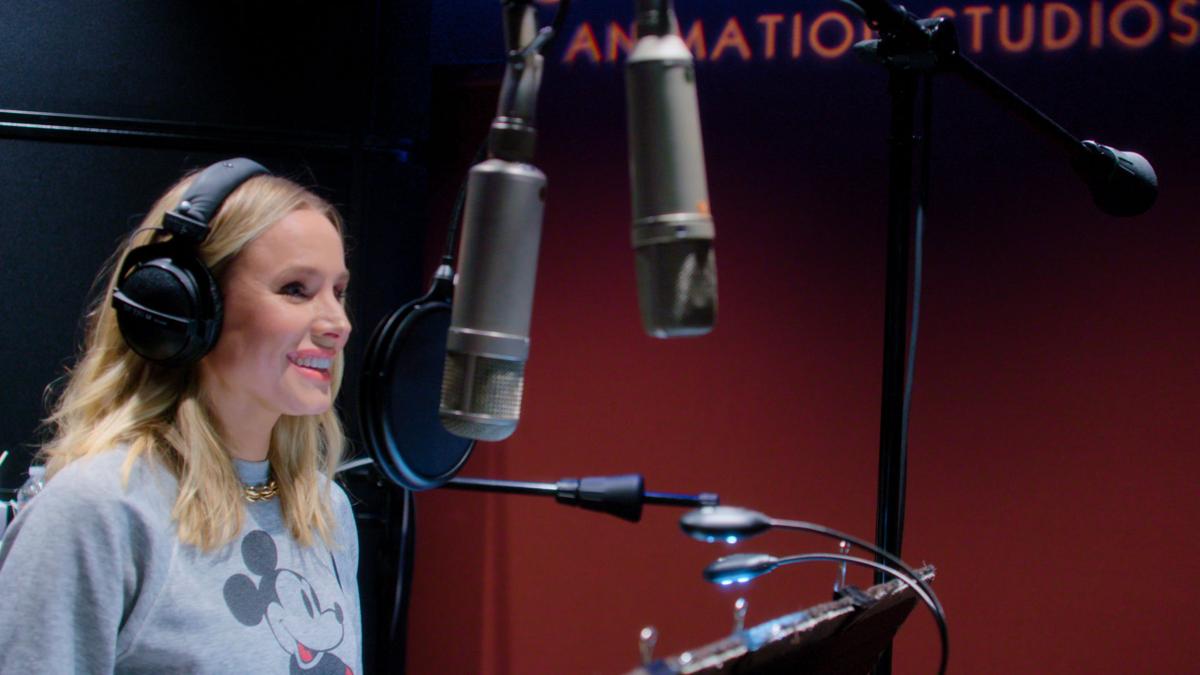 Kristen Bell performs her role as Anna for "Frozen II." 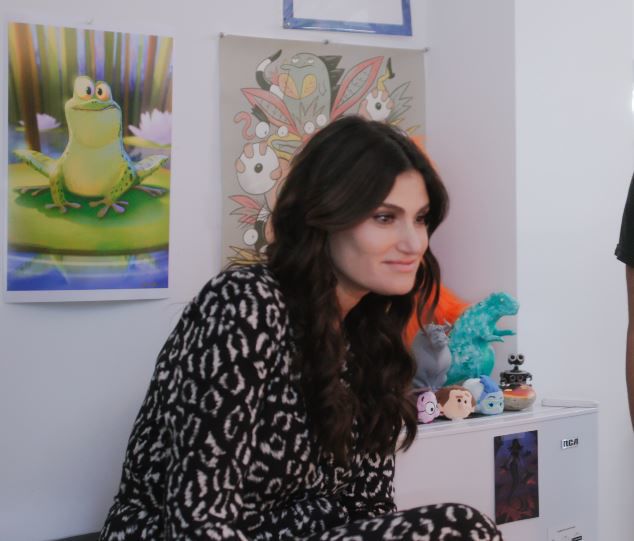 Idina Menzel, the actor behind the voice of Elsa in "Frozen II," as shown in the "Into the Unknown" documentary.

Lancaster County native Jonathan Groff is among the actors who will be featured in a six-part documentary series, "Into the Unknown: Making Frozen II," on Disney Plus next month.

All six episodes of the series will be available on the Walt Disney Company streaming service starting Friday, June 26.

Groff is the voice of Kristoff the mountain man — and love interest to Anna — in the "Frozen" feature films and animated shorts.

According to a news release from Disney Plus, "Into the Unknown" is a behind-the-scenes look at the final 11 months of filming and production work on the sequel to the wildly successful "Frozen."

The series follows the film's directors, animators, songwriters and voice cast, including Groff, Josh Gad, Idina Menzel, Kristen Bell, Sterling K. Brown and Evan Rachel Wood, "as they race against time to finish the film, with both creative breakthroughs and frustrations along the way," Disney says.

The introduction of "Lost in the Woods," the 1980s-style ballad that Academy Award-winning songwriters Kristen Anderson-Lopez and Robert Lopez wrote for Groff's character, is featured in the second episode of the documentary series.

In "Frozen II," which premiered in theaters in November, Anna, Elsa, Kristoff, Olaf and Sven the reindeer leave the kingdom of Arendelle for an enchanted land where they hope to find the source of Elsa's magical powers.

The "Into the Unknown" of the documentary's name refers to the title of Elsa's power ballad in the sequel.

This won't be Groff's only appearance on the Disney subscription streaming channel this summer. On July 3, the filmed version of the musical "Hamilton," featuring the original Broadway cast — including Groff as King George III — will premiere on Disney Plus.

Groff, a stage, film and TV actor, has been cast in the "Matrix 4" film sequel, for which production has been temporarily shut down because of the COVID-19 pandemic.

He recently received a Lucille Lortel Award nomination for outstanding lead actor in a musical for his work in last year's off-Broadway revival of "Little Shop of Horrors."

Groff has starred in Netflix's "Mindhunter" and HBO's "Looking" and had a recurring role on Fox's "Glee." His previous film work includes roles in "The Conspirator," "Taking Woodstock" and "American Sniper."

In other Disney news, it was announced last week that the Broadway musical "Frozen" has closed permanently because of the COVID-19 pandemic shutdown of Broadway theaters. As of its final show March 11, the show had played played 825 performances and 26 previews.

'There was no all-in-one resource': Lititz native pens book to answer kids' questions about coronavirus

The Costume Institute's exhibit, not the Met Gala, is what I'll miss this summer [column]

Young Franklin J. Schaffner moved to Lancaster when he was just 5 years old, after his parents served as Reformed Church missionaries in Japan.

Looking for some well-needed laughs in times of crisis [Unscripted]

I clearly remember where I was, and what I was watching, when I laughed — really laughed — for the first time after the terrorist attacks of S…