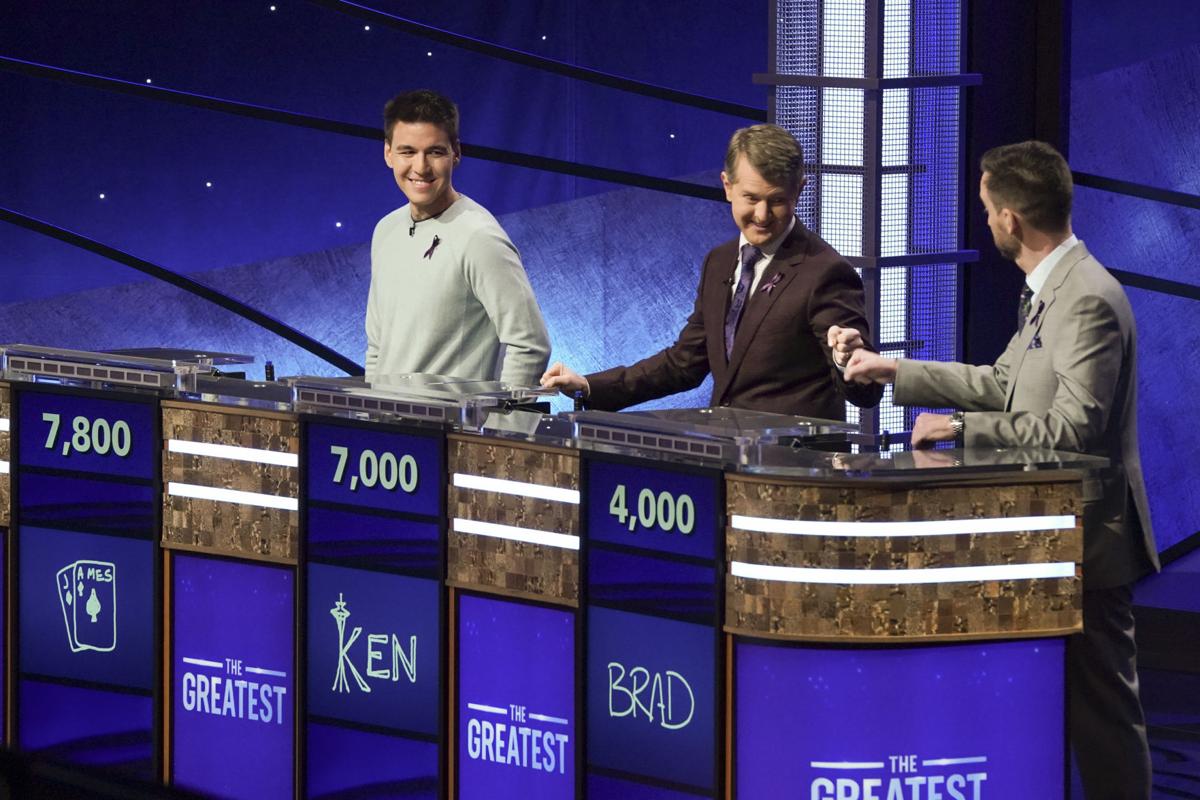 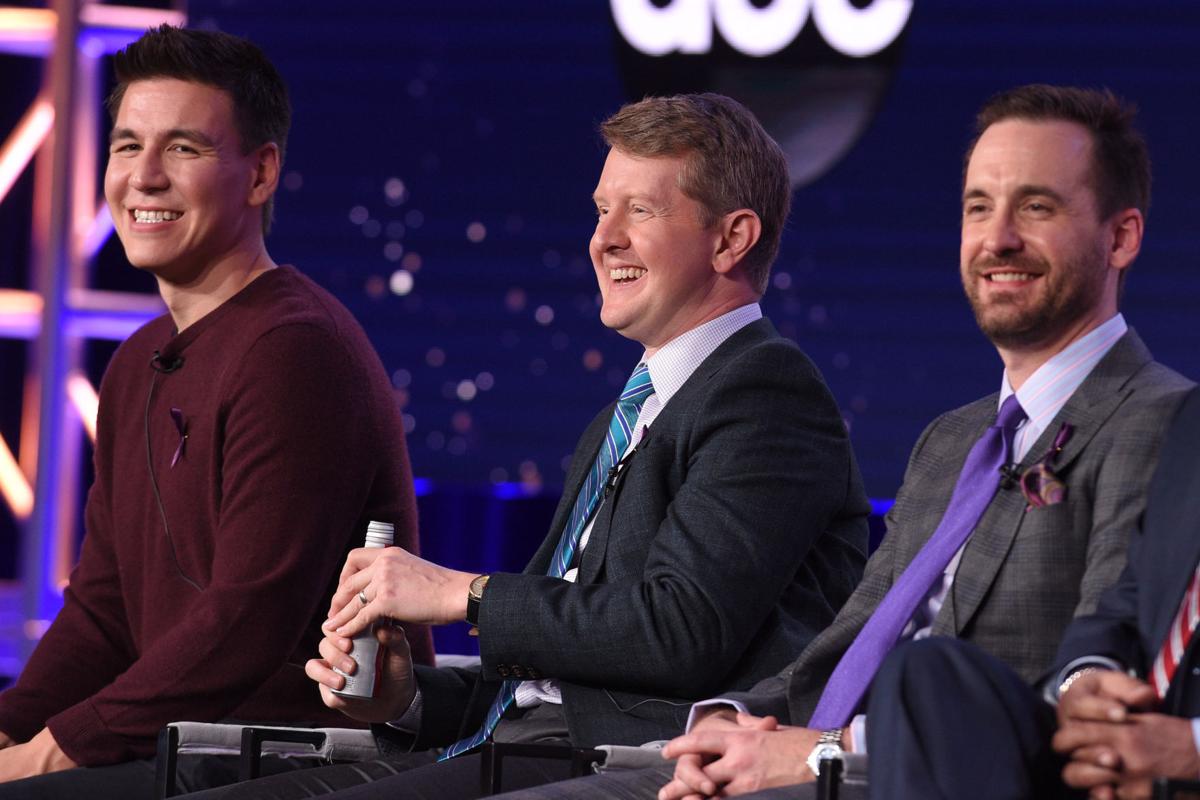 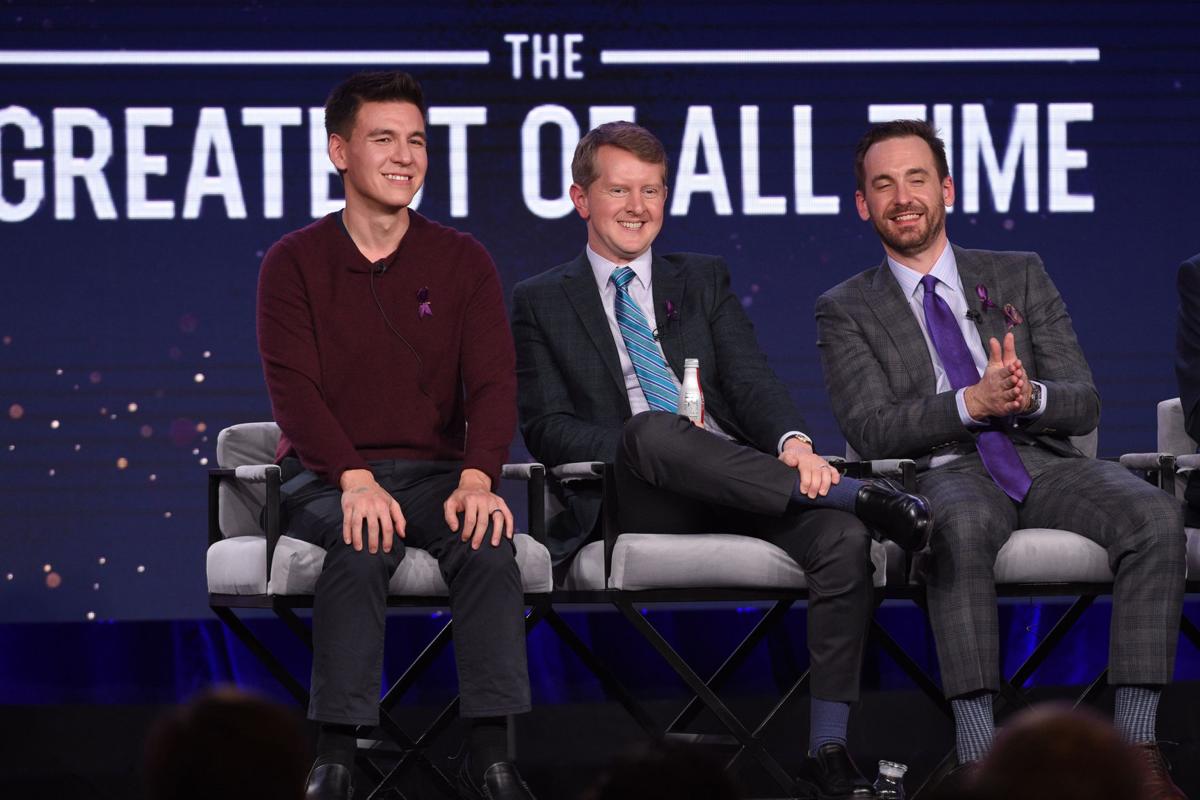 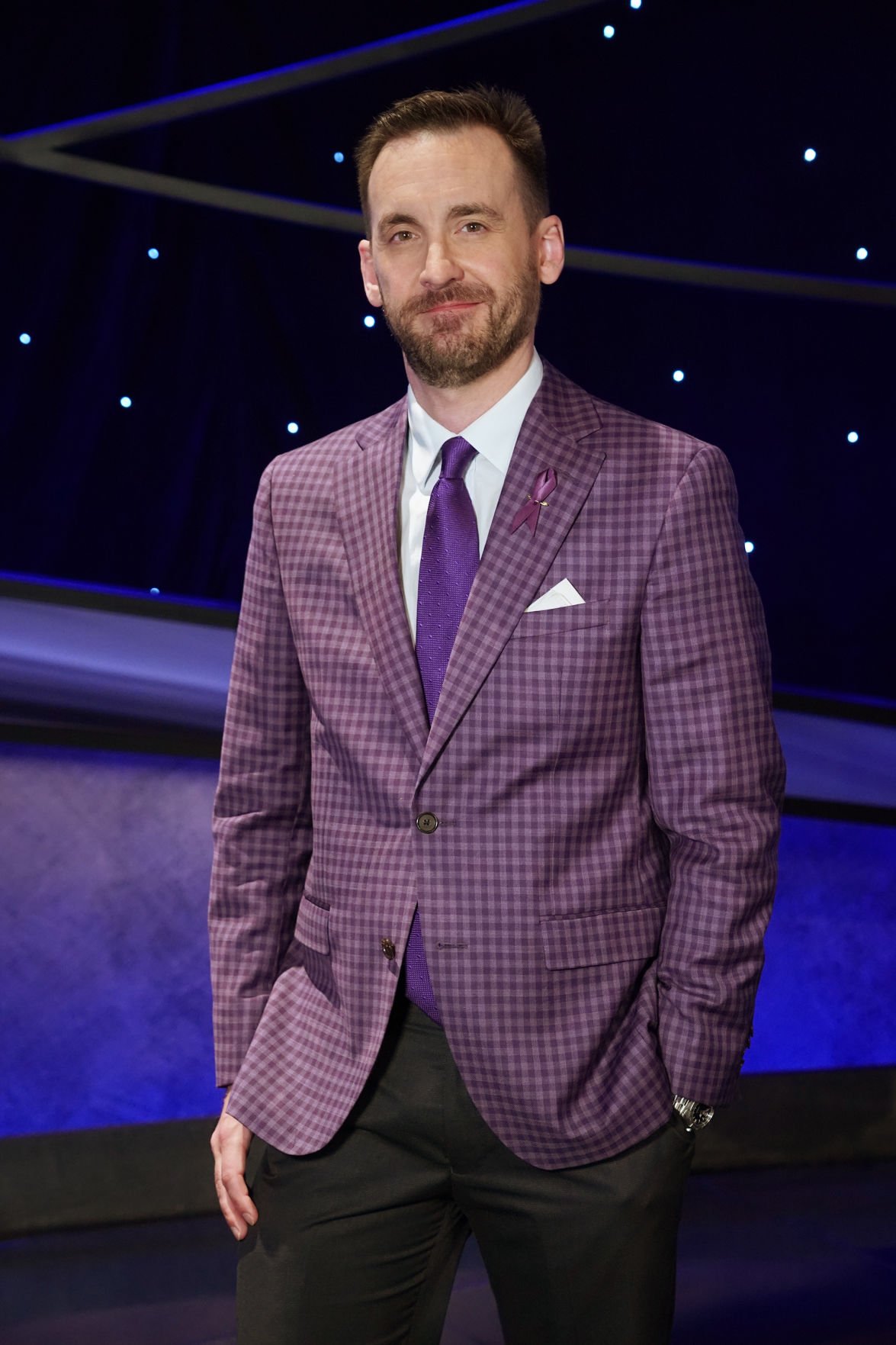 Brad Rutter is competing against other record-setting champs on the "Jeopardy! Greatest of All Time" tournament. 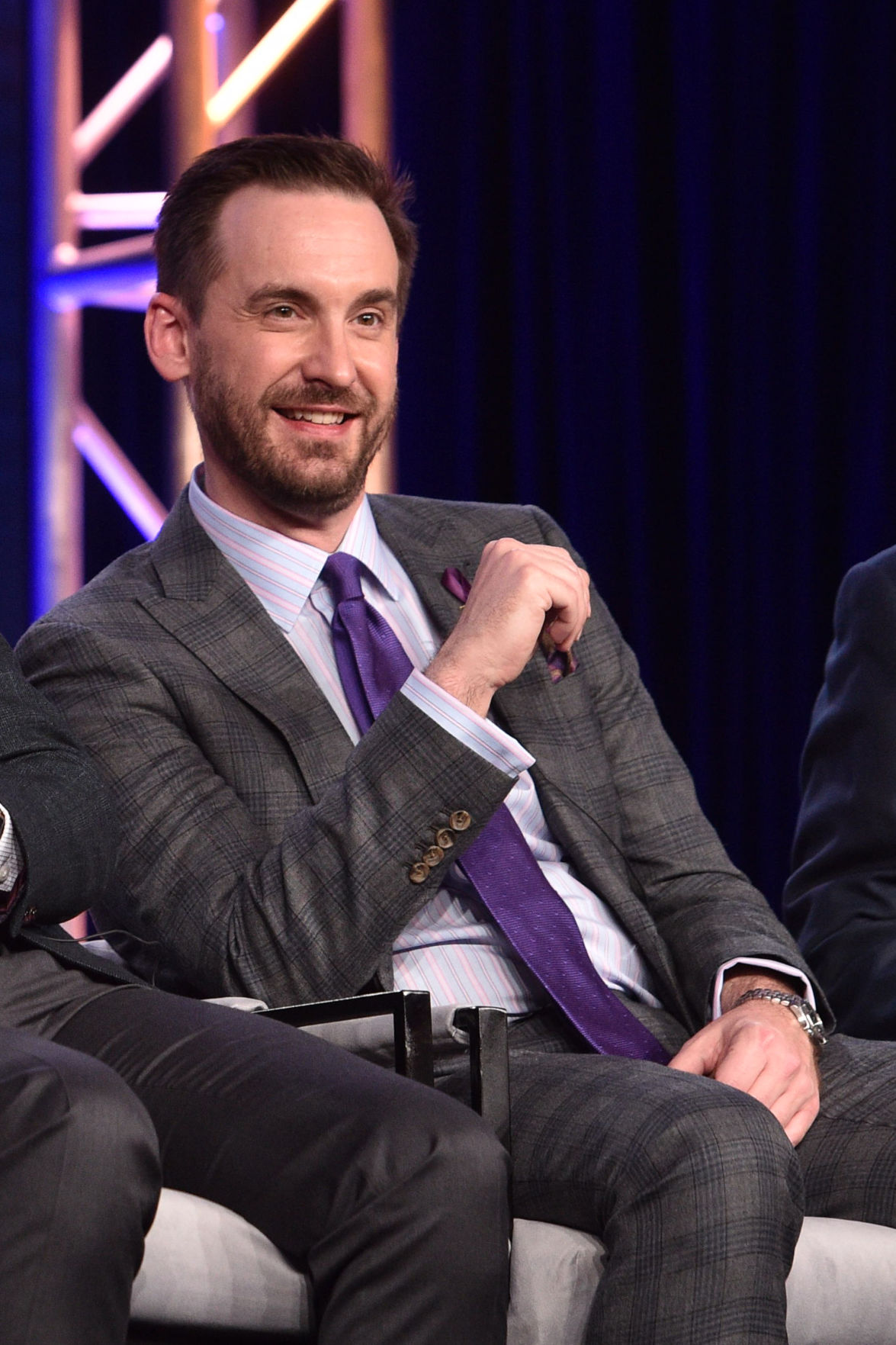 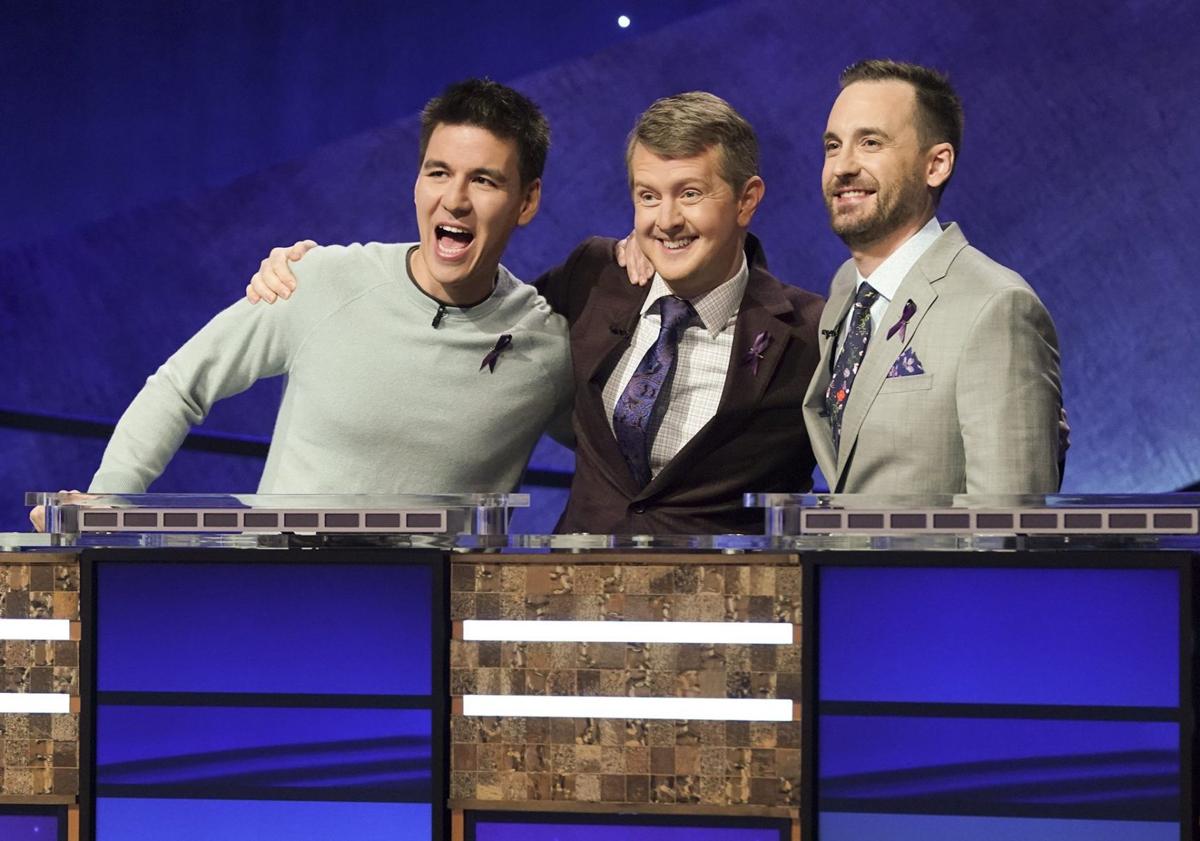 In this image released by ABC, contestants, from left, James Holzhauer, Ken Jennings and Lancaster native Brad Rutter appear on the set of "Jeopardy! The Greatest of All Time," in Los Angeles. The tournament starts airing Tuesday on ABC.

Brad Rutter is competing against other record-setting champs on the "Jeopardy! Greatest of All Time" tournament.

For a second night in a row Wednesday, Lancaster native Brad Rutter found himself uncharacteristically in third place behind two other top “Jeopardy!” champions in the quiz show's “Greatest of All Time” tournament.

Professional gambler and record-setting "Jeopardy!" player James Holzhauer easily won the second match of the championship — ensuring the tournament will continue into next week.

Jennings won the first two-game match of the tournament, which aired Tuesday on ABC. Until the match that aired Tuesday night, Rutter had never been beaten by another human on "Jeopardy!" though he'd lost to an IBM computer.

Despite trailing the other two players for most of Wednesday's show as he had on Tuesday — $30,000 separated Holzhauer's and Rutter's scores after the first game of the match, and he was shut out of the second "final Jeopardy" round of the night because he had a negative-dollar score — Rutter nonetheless found himself in the spotlight.

A self-narrated video about his life and game-show career aired midway through the show.

The video contained photos of Rutter as a young boy, surrounded by books, as Rutter stated that he grew up watching "Jeopardy!" with his parents in Lancaster. Photos of Rutter on his Manheim Township High School Quiz Bowl team were also included.

As video of each of his big-money "Jeopardy!" tournament wins showed Rutter getting thinner, host Alex Trebek joked that the more weight Rutter loses, the more money he seems to win.

In the video, Rutter said "Jeopardy!" has become a career for him. He's an actor, writer and producer in Los Angeles; he visits family in Lancaster a few times a year, and raises money for Lancaster County libraries.

Since his first "Jeopardy!" appearance in 2000, Rutter has won more than any contestant on any game show in history: nearly $4.7 million. He told Trebek on Wednesday's episode that he doesn't get nervous during games, but just concentrates on the next clue.

After losing to Jennings by only $200 on the first night of the "Greatest of All Time" tournament, Holzhauer returned to the winning ways he demonstrated in his initial quiz-show appearances last spring — mining top-money clues at the bottom of the board early, providing a high percentage of correct responses, finding "daily doubles" and betting enough to double his money.

The first man to win three two-game matches will win the tournament and $1 million. The men in second and third places will each get $250,000.

Jennings racked up the show’s longest winning streak at 74 games in his initial appearance on "Jeopardy!" He has won $3.37 million on the show.

Holzhauer previously won $2.7 million on the show in April through June of 2019, and holds the record for all 15 of the quiz show's top single-day winnings.

Despite the high stakes, the three men have joked around with each other often during tournament play so far, prompting a comment from Trebek that they seem to be having fun.

The final match this week will be played Thursday night at 8 p.m. on ABC. "Will it be Brad's night?" Trebek asked at the close of Wednesday's show.

Play will then continue Tuesday, Jan. 14 at 8 p.m., and possibly into next Wednesday and Thursday, depending on nightly results.

• What: The “Jeopardy! Greatest of All Time” tournament.

• What’s at stake: The first contestant to win three matches wins $1 million. The two runners-up will each receive $250,000.

• How to watch: ABC network affiliates, including WHTM 27, Harrisburg, and WPVI channel 6, Philadelphia. Depending on your TV service subscriptions, you may be able to watch via ABC.com, the ABC app or Hulu.

"Daily double" clues again had an effect on the "Jeopardy! Greatest of All Time" tournament Thursday night as writer Ken Jennings took a 2-to-…

Ken Jennings is the Greatest of All Time on “Jeopardy!”

What did Brad Rutter say to Ken Jennings when Jennings was declared the winner of the "Jeopardy! Greatest of All Time" tournament, which aired…