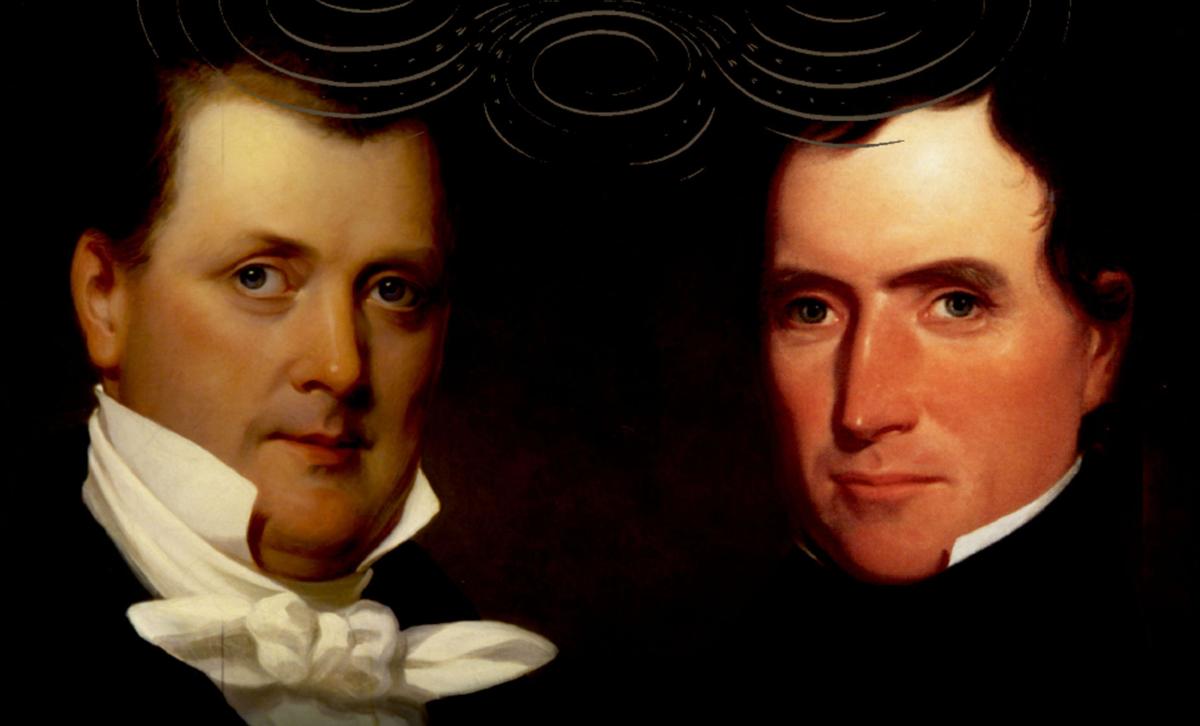 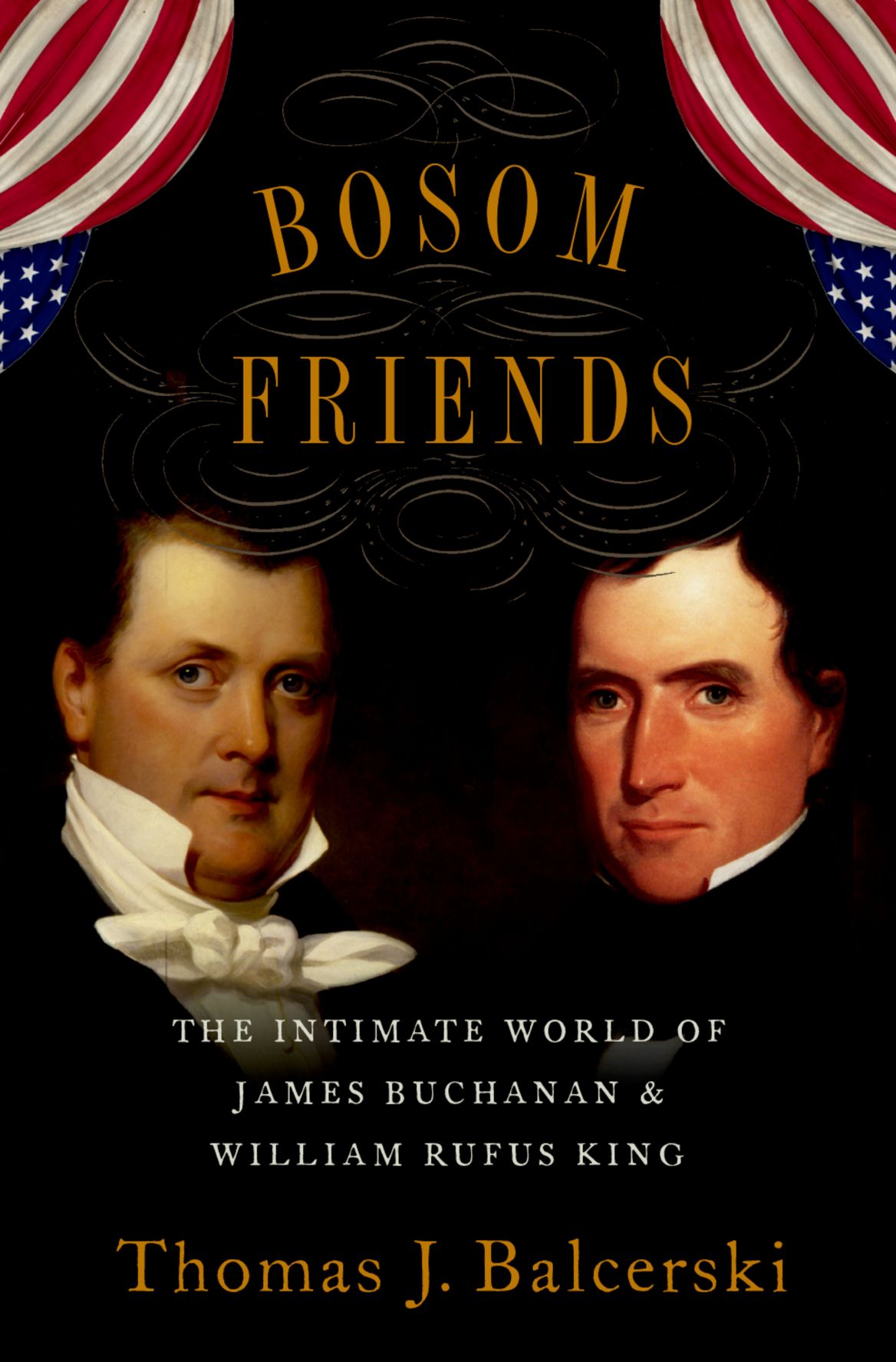 Author Thomas J. Balcerski will talk about his new book “Bosom Friends: The IntimateWorld of James Buchanan and William Rufus King” next month at LancasterHistory. 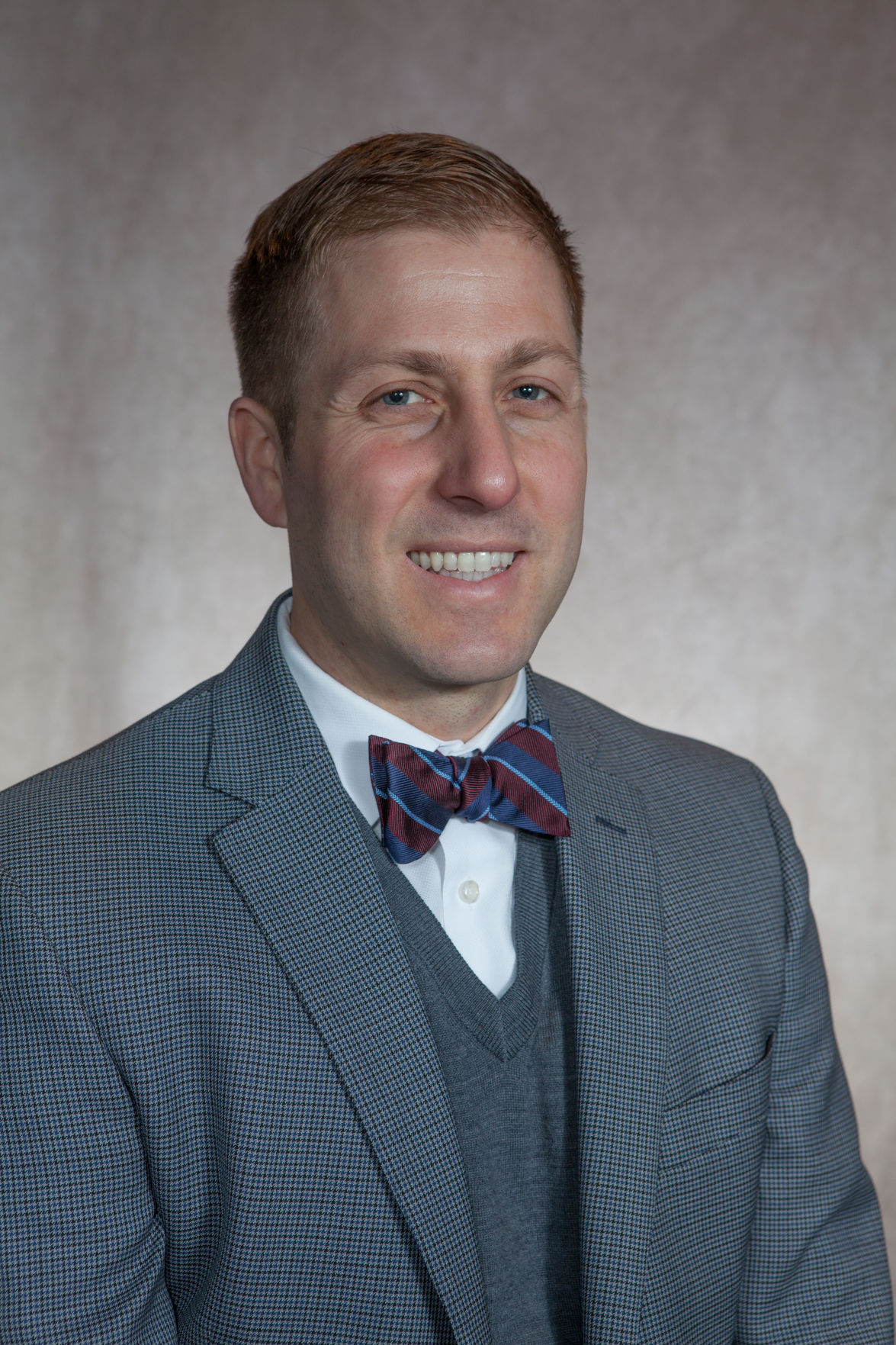 Author Thomas J. Balcerski will talk about his new book “Bosom Friends: The IntimateWorld of James Buchanan and William Rufus King” next month at LancasterHistory.

If the book title “Bosom Friends: The Intimate World of James Buchanan and William Rufus King” makes you think you’ll get a definitive ruling on the 15th president’s sexuality or possible physical relationship with an Alabama senator, the author dismisses it, right in his introduction.

“(T)his book finds that the surviving evidence neither supports a definitive assessment of either man's sexuality, nor the occurrence of a sexual liaison between them,” historian Thomas J. Balcerski writes.

“Instead, this book argues that their relationship conformed to an observable pattern of intimate male friendships prevalent in the first half of the nineteenth century.”

What you will learn about in this new book by Balcerski, who is one of three speakers scheduled for an upcoming LancasterHistory lecture series, is Buchanan’s close friendship and living arrangements with King — a North Carolina state legislator and congressman, and later a senator from Alabama and short-term vice president — and with other politicians of their era.

You’ll learn about the boarding houses in Washington, D.C., in which many 19th-century senators and congressmen lived and shared beds, and how the friendships and alliances formed there affected the politics of the time.

Balcerski, a history professor at Eastern Connecticut State University, will talk about and sign copies of his book Thursday, Oct. 17.

The first of the three lectures on Buchanan is scheduled for Friday, and the last on Friday, Nov. 22. (See accompanying box for information).

Ahead of his talk, Balcerski answered some questions by phone about his new book. This interview has been edited for length and clarity.

What surprised you most about James Buchanan from your research?

Perhaps what’s surprising is what we still don’t know about him.

He wrote so much. He wrote letters, it would seem, every hour of every day. He was a master writer.

And he kept every letter he ever received, almost. The James Buchanan papers, collectively are ... I think one historian described them as elephantine, massive. His papers are huge, even relative to the founding fathers, to other presidents.

Oldest taverns in Lancaster County: 7 spots where you can really drink in history

I think the biggest myth about James Buchanan is that people around him were trying to protect his legacy by selectively curating his papers. And I just don’t see the evidence for that.

So much has been saved, and, particularly with William Rufus King, there was nothing that they ... felt was inappropriate or felt was damaging to his reputation.

And so, because of (Buchanan’s) careful attention to detail in his own papers, we’re able to understand their relationship better than I thought I actually could.

How do you think Buchanan and King’s relationship affected each of them as politicians?

By the time they meet (when they both started their terms in the Senate), they’re both middle-aged men, both bachelors, whose personal lives are fairly well-established at that point.

They really are at almost the peak of their powers when they meet. And what’s interesting, then, is how they can collectively go further than they might have gone individually.

And that’s what I think is the key contribution each man gives to the other — it’s something of the national standing that each sought by way of this cross-section, North-and-South political alliance.

They represent the sectional interests in the party.

At that time, the Democratic Party is really a loosely held-together coalition of its various wings, northern and southern.

So, any man who wants to become president or vice president would have to be able to be popular among the competing factions and wings of the party.

Why did you decide to reveal some of your conclusions about Buchanan and King’s relationship, the subject of so much gossip and historical speculation, in your book’s introduction?

I think I’m influenced by how biographers approach a subject, which is to say, you have to understand the whole subject. And that does include knowing, for yourself at least, how you think of a person — his personality, his quirks, the things that he likes and dislikes.

And, when one extends into a deeper realm of emotion, of sexuality, of passions, that it’s important to know that for yourself, as a biographer.

What I tried to do was to then try to pass along that critical understanding that I have of Buchanan to my readers, so there isn’t an ambiguity to where I stand.

I just felt that, because it is a controversial aspect of how historians and the public want to think about Buchanan, that you sort of know where I stand and then you can then decide from there whether you want to read further.

In your book, Buchanan is described as enjoying a sort of romantic notion of the old South. What’s your assessment?

Personally, he was attracted to the Southern way of life, but he also, I believe, was, on a personal level, opposed to slavery.

And that’s also something that’s been misunderstood about him — that his politics were pro-slavery in that they protected the rights of southerners as indicated in the Constitution, and yet he comes from a state where slavery had been abolished for decades, and from a region of the country that was increasingly anti-slavery.

So, I think it’s sometimes useful to distinguish the numerous conflicts already happening within his character, and within his life, from the political scene, which demanded a more solid approach to these issues.

He was very aware that, in order to keep the Democratic Party together — and I think he gets this from William Rufus King — that he had to be a pro-slavery advocate. And he steps up to the plate at certain times and earns his pro-slavery stripes.

He’s called a Northern man with Southern principles, or, more disparagingly, a “doughface.” It is one of the great political insults of the period.

At the end of your book, you mention some famous examples of contemporary close male friendships in politics, such as John Kerry and John McCain and Thomas “Tip” O’Neill and Ronald Reagan. Tell me more about that.

The epilogue attempts to trace a lineage of male friendships in the period after Buchanan and King, through to the present.

There was a tradition of working across party through these personal friendships, and that’s what I was tracing in the friendships you cited.

But I do think there’s value to the concept of intimacy, and particularly having personal friendships with politicians not just of your party, but across party lines.

I think we’re seeing in the discourse of today in our political world an us-versus-them mentality that doesn’t find room for compromise. And compromise itself ... it’s a dirty word, almost. And that was not the tradition Buchanan and King came from.

It’s not to say that the compromising that happens doesn't leave behind people who should and could be represented by American democracy. Here, I think the legacy of slavery truly taints the Buchanan-King relationship and puts us almost at a remove from it today because we realize that, at the end, that’s what they’re protecting.

Whereas, hopefully, today the friendships of Republicans and Democrats can find some common ground and include all American people in their representation.

• When: Three lectures from September through November.

• Tickets: Lectures are free. Advance registration is required to guarantee a seat.

• Book signings: At October and November lectures only. Register at lancasterhistory.org/presidential or by calling LancasterHistory at 717-392-4633.

• Questions and accessibility requests: Call LancasterHistory or email to info@lancasterhistory.org.