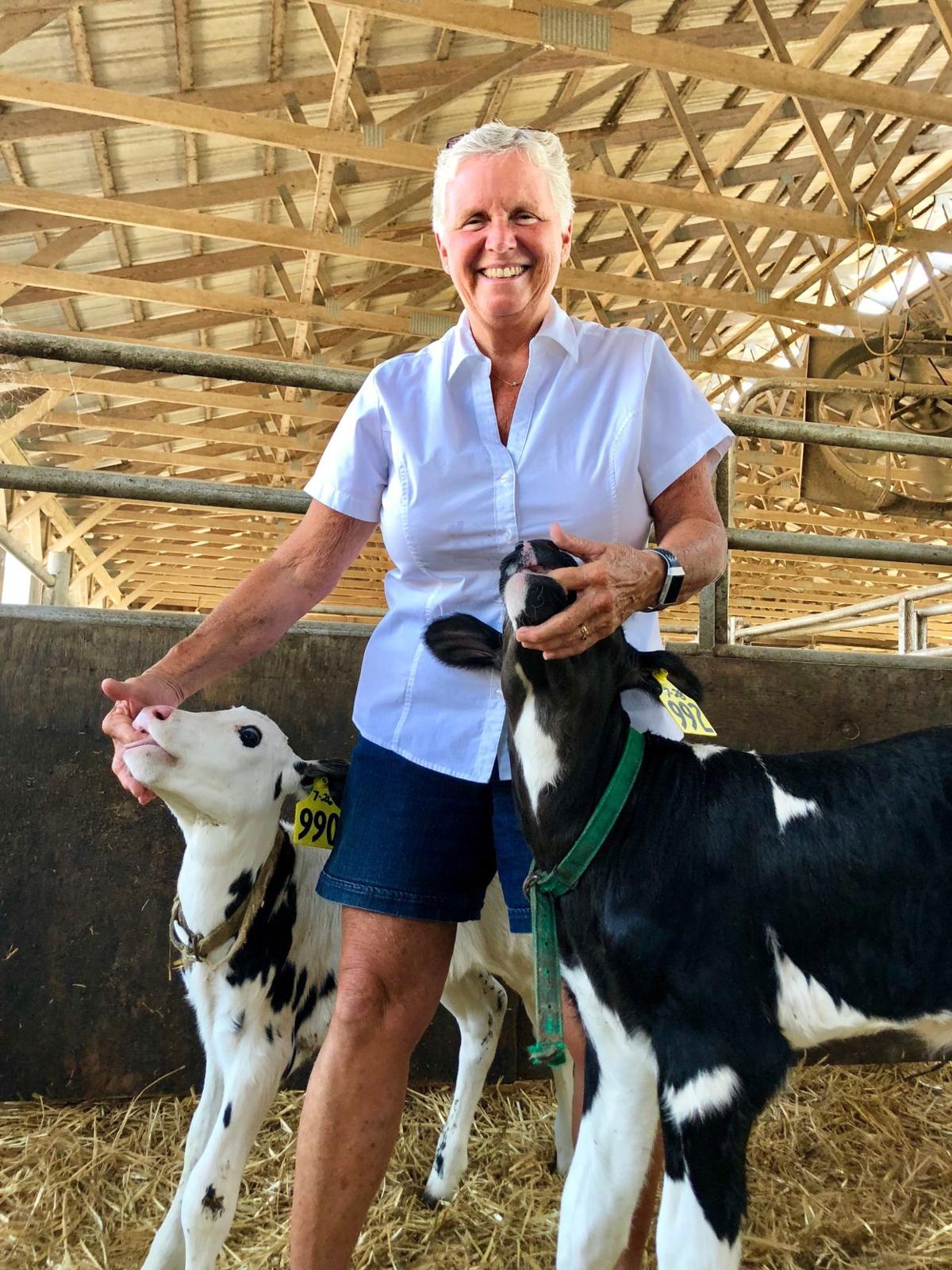 Dr. Darcie Stolz blazed a trail as one of the few large-animal veterinarians in Lancaster County. 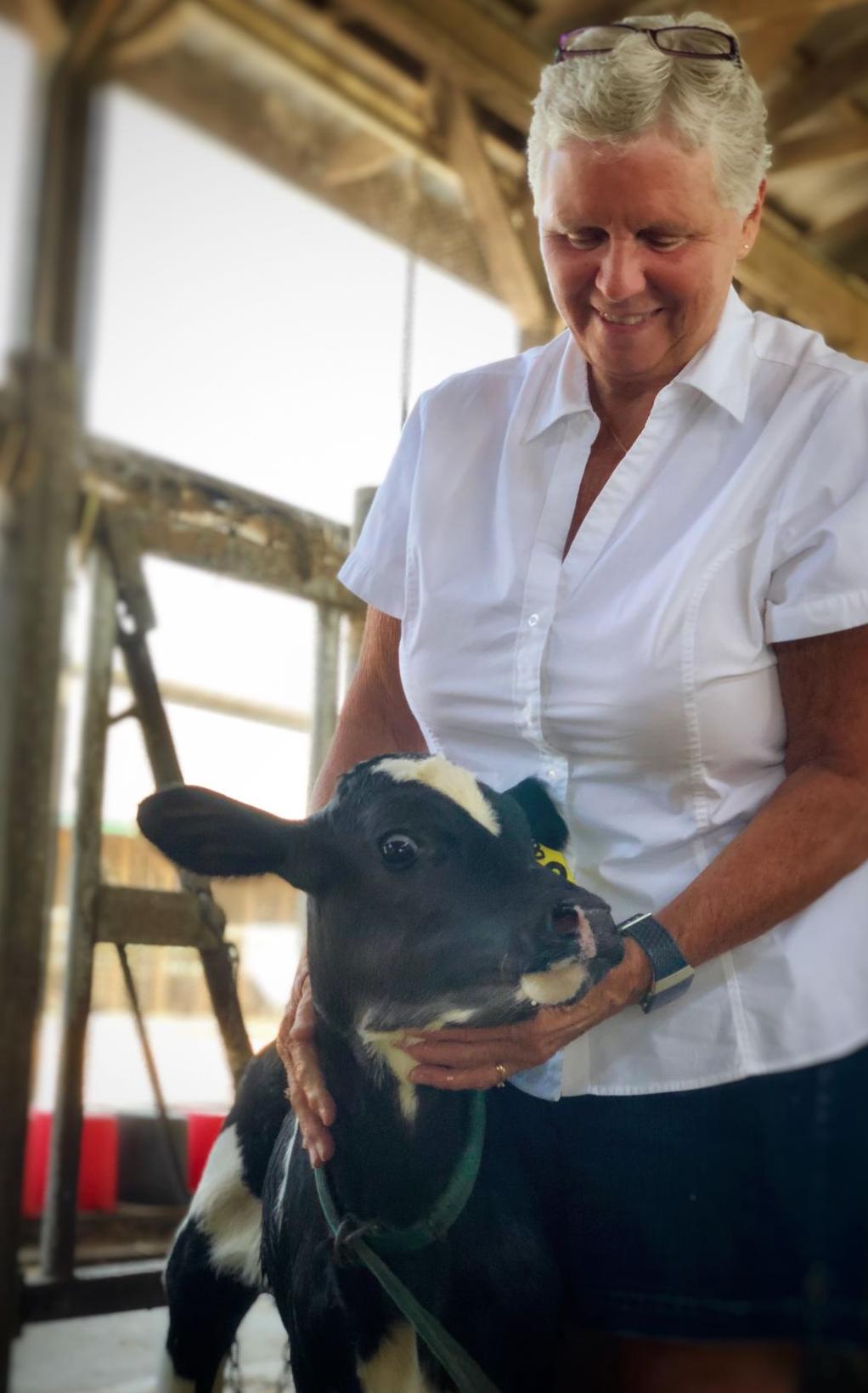 Retired large-animal veterinarian Dr. Darcie Stolz, of Strasburg, was the only woman in her University of Pennsylvania veterinary class to go into treating large animals -- and she represented an extreme rarity in the early years of her Lancaster County career too. 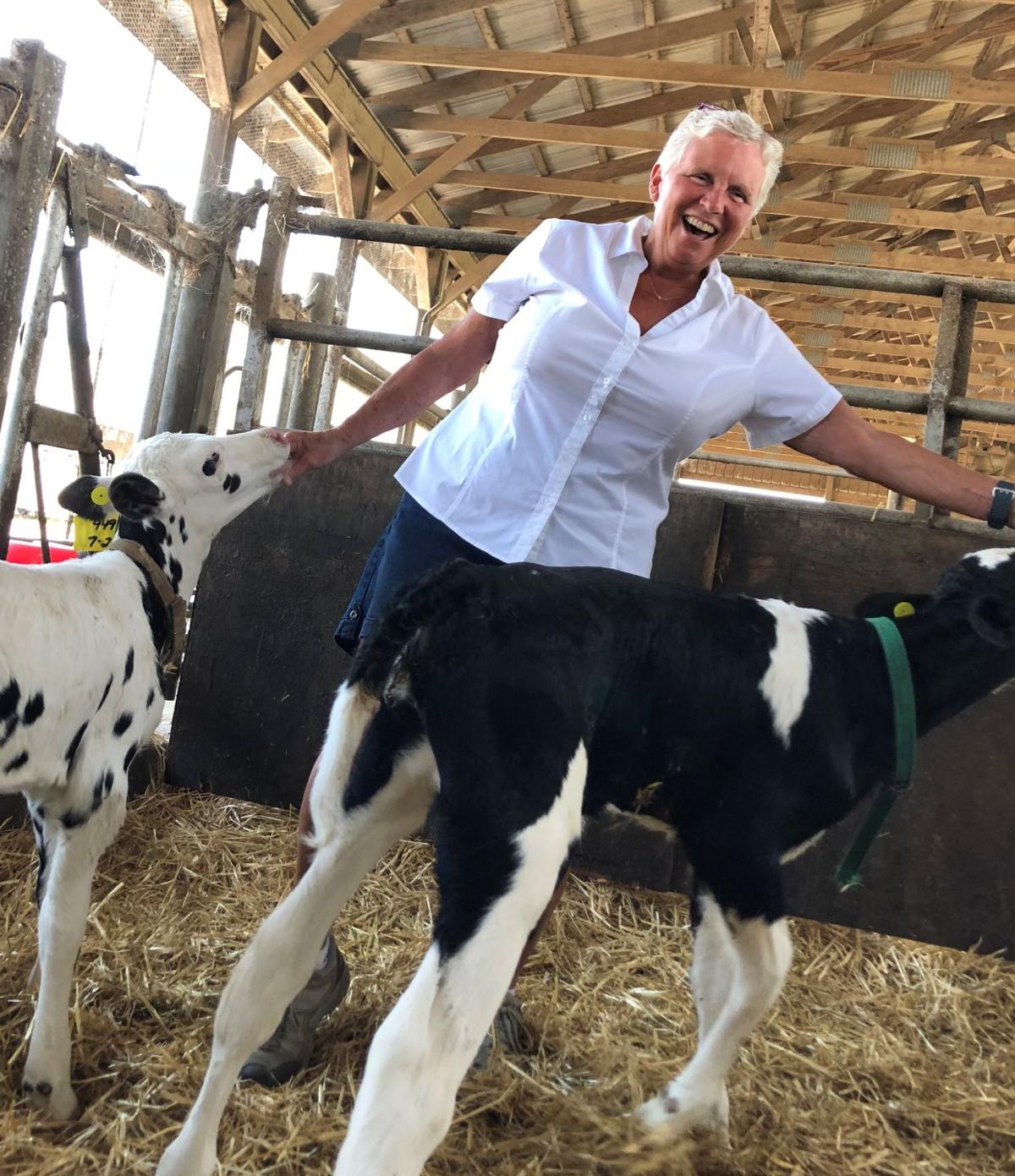 Retired large-animal veterinarian Darcie Stolz, of Strasburg, laughingly uses her decades of experience to work to corral two reluctant calves for a photo.

Dr. Darcie Stolz blazed a trail as one of the few large-animal veterinarians in Lancaster County.

Retired large-animal veterinarian Dr. Darcie Stolz, of Strasburg, was the only woman in her University of Pennsylvania veterinary class to go into treating large animals -- and she represented an extreme rarity in the early years of her Lancaster County career too.

It wasn’t just Dr. Darcie Stolz’s academic skills that set her apart in her early 1980s veterinary class at University of Pennsylvania.

It also was her gender.

Stolz, who retired in May, was the only woman in her class of 103 to specialize in large-animal treatment. She spent her career serving farms in Lancaster County and focusing on prevention, dairy health and production.

It was never easy, Stolz says — she bought her veterinary practice when her oldest child was just 2, and her first office was located in their Strasburg-area home.

In the Spotlight: Meet Dianne Berlin, an advocate battling gambling for a quarter century

Family: Husband of 36 years, Bruce Tolan (“I could have never done this without the support, help and encouragement of my husband,” Stolz says), and daughters Corinne and Emily.

Hometown: "The suburbs of Erie."

Education: "BS in Animal Science from Penn State in 1974; senior research associate at Penn State while earning my master’s in animal nutrition. Veterinary degree from University of Pennsylvania in 1982. I was commencement speaker at Penn’s School of Veterinary Medicine in 2009."

People might be surprised: "I was a ballet dancer in my youth; was on the women's gymnastics competitive team at Penn State; I love football (especially Penn State!); have gotten into genealogy; enjoy sewing, knitting and crafting."

Who encouraged me: "My parents were my best and most ardent supporters. My local veterinarian at home also encouraged me. There were far more people trying to discourage me than encourage me. Both my high school guidance counselor and college adviser told me to forget veterinary medicine as a career."

I focused on large animals because: "When I was at Penn State I volunteered at the Beef and Sheep Center. That opened up a whole new world of the animal kingdom to me. (It involved) all the things I enjoyed — animals, outdoors, physical activity rolled into one!"

The source of my persistence: "A desire to be able do what I wanted to do, with a lot of German stubbornness involved."

I ended up in Lancaster County because: "It was the only job offer I got that was large animal. There were many practices that would not even grant me an interview at that time because I was a woman."

Getting the job was just the first step: "There were a few clients that would not let me on the farm 'because it’s not a woman's job.' (My big break) was saving the cow of an Amish bishop from death."

In the Spotlight: Jeremy Good balances being a business owner with feature film roles

Other challenges: "My first job was in a two-person practice, so getting used to being on call every other night and every other weekend took some getting used to! Even though I was an athlete, the physical nature of my job at times was a challenge. My first C-section was when I was six months pregnant. Delivering a 100-pound calf when I looked like a beached whale was interesting to say the least!"

In the Spotlight: Lancaster County native Falon Doutrich to represent the U.S. in international triathlon competition

Falon Doutrich started running in college as a way to stay active after being a year-round athlete in high school.