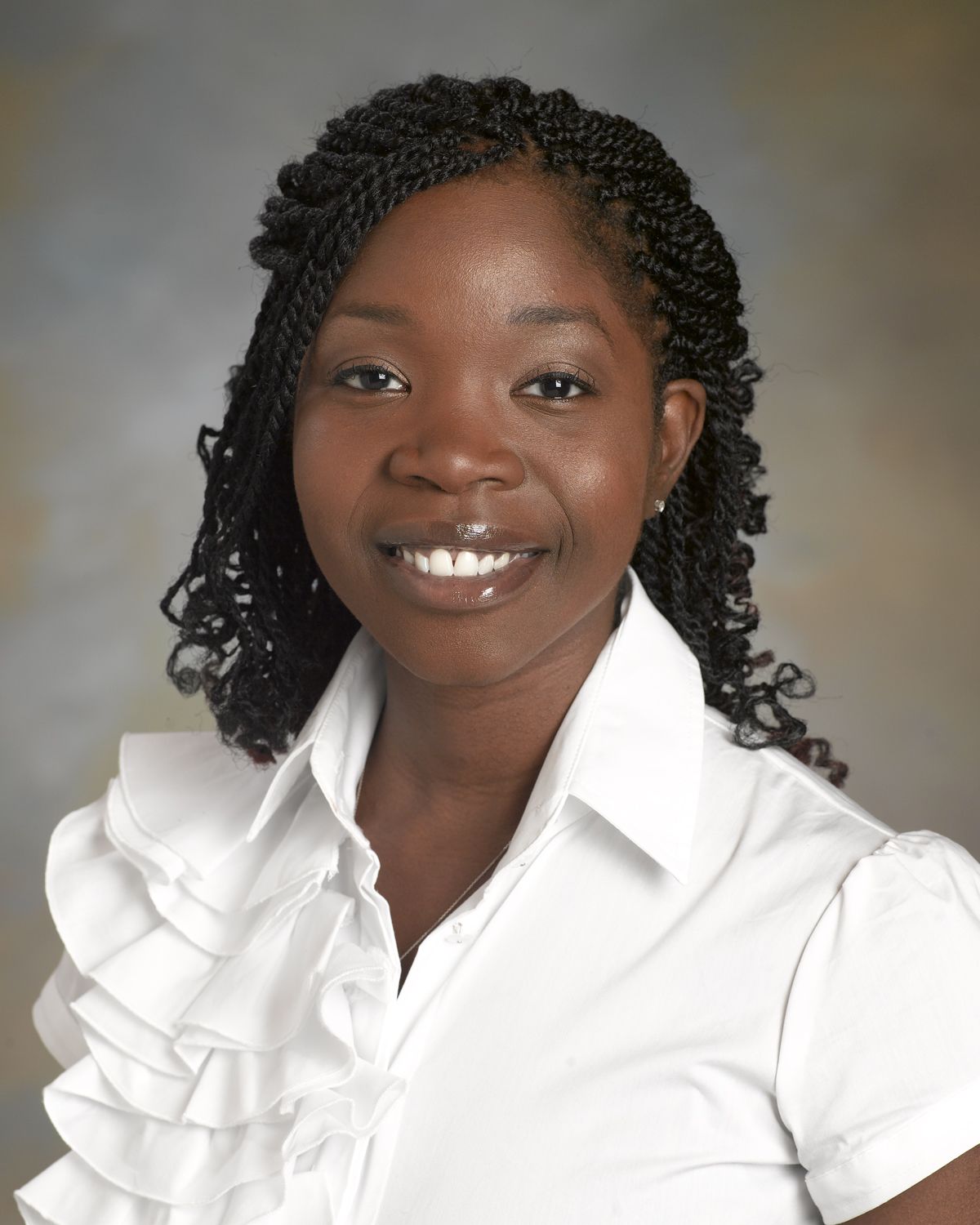 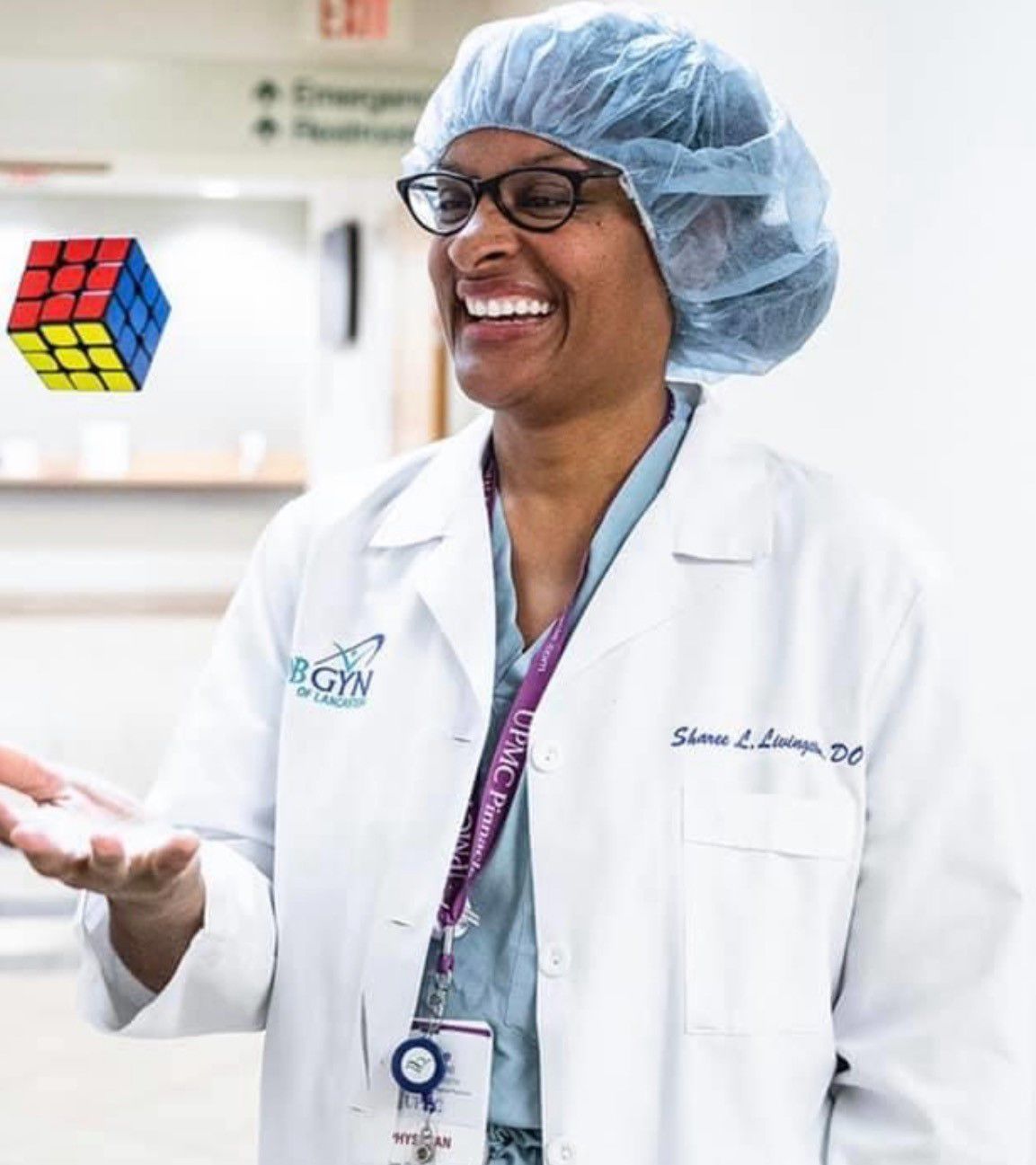 Dr. Sharee Livingston, an OBGYN with UPMC and board member of Patients R Waiting.

The COVID-19 pandemic and the Black Lives Matter protests, both at forefront of the world’s stage, are not unrelated issues.

Just ask Dr. Cherise Hamblin and Dr. Sharee Livingston, local health professionals who say this chapter in history has infused the need to address health care disparities across racial divides with a new sense of urgency. It’s something they’ve felt passionate about long before 2020.

Hamblin founded Patients R Waiting, an organization dedicated to elimination of health disparities by increasing diversity in medicine. Livingston serves on the organization’s board.

Hamblin, a Franklin & Marshall alumna, began advising and working with F&M students in 2011 and officially formed Patients R Waiting in 2016. The organization filed for nonprofit status in January 2020.

Hamblin; Livingston, an OBGYN with UPMC; and other board members plan to address the disparity by providing students of color with financial support and opportunities. The group also plans to implement community aid projects to increase the overall health and well-being of the black community, such as food distribution efforts and providing doula services to pregnant women of color.

“I think with health disparities a lot of people don’t want to make the connection to racism — the ‘R word,’” Hamblin says. “But the reality is that’s the connecting theme. When people say COVID doesn’t discriminate, it’s wrong. It’s not that black people get it more, it’s that if you’re black with COVID you may fare worse because if you’re black in America you may fare worse. I think as long as we’re unable or unwilling to talk about racism, health disparities will continue to exist.”

As an OBGYN, Hamblin is familiar with the inequalities that plague pregnant women of color.

“She almost died because she had a blood clot and told her doctors ‘I can’t breathe,’ ” Hamblin says. “There are studies about black women and how much they’re listened to and believed, and it’s less. Implicit bias is part of the reason.”

One way that Patients R Waiting founders hope to eliminate health disparities is to make opportunities for students to work in the medical field. Hamblin and Livingston, point to studies that show improved outcomes when patients have access to doctors that look like them and that they can relate to culturally.

Hamblin says that though applying for, and progressing through medical school is challenging for everyone, students of color face more challenges, even if it’s just a sense of doubt or imposter syndrome resulting from being the only person of color in the classroom.

“You don’t have the luxury of self-doubt, of being uncertain about whether or not there’s a place in medicine for you,” Hamblin says. “Patients are waiting for you. Someone’s mother or grandmother or uncle will have better care because of your presence being their provider.”

Cylena Stewart, an F&M alumna and a recipient of the Patients R Waiting Hamblin-Hyacinth graduation award, is a first-year med student at Florida State University, says that although she’s had many amazing white and Hispanic doctors, she would like to see a doctor that looks like her.

“It’s a comfort thing,” Stewart says. “I’m Jamaican, and if I had the choice to see a Jamaican doctor, or someone that looks and sounds like me, I’m probably a little more likely to see them, because it’s just another added level of comfort.”

Hamblin and Patients R Waiting are doing their part to help students to fulfill their dreams of practicing medicine. From fostering interest in medicine in local high school students to providing funding for current medical students of color.

Ndifreke Ekpa is an F&M alumnus and a fourth-year medical student at Penn State. He hopes to one day work in an emergency room. Ekpa is another Hamblin-Hyacinth graduation award recipient.

“If (Hamblin) helps five or 500 students, it’s still super important. ... All these med schools, they’re super-willing to accept us, but they’re not willing to put in the work to get us there,” Ekpa says. “But programs like Patients R Waiting are really doing the groundwork to get us there. I wouldn’t be who I was without them.”

Lower COVID-19 death rate has held steady in Lancaster County for 3 weeks; here's where the most recent local deaths occurred

ST. LOUIS — Speak in short sentences. Be clear. Direct but not rude. Stay calm, even if you’re shaking inside. Never put your hands in your po…

This doctor fights against Black maternal mortality, other health disparities in communities of color [Q&A]

Sharee Livingston was interested in women’s health from an early age. By age 9 she was working as a candy striper at Community General Osteopa…