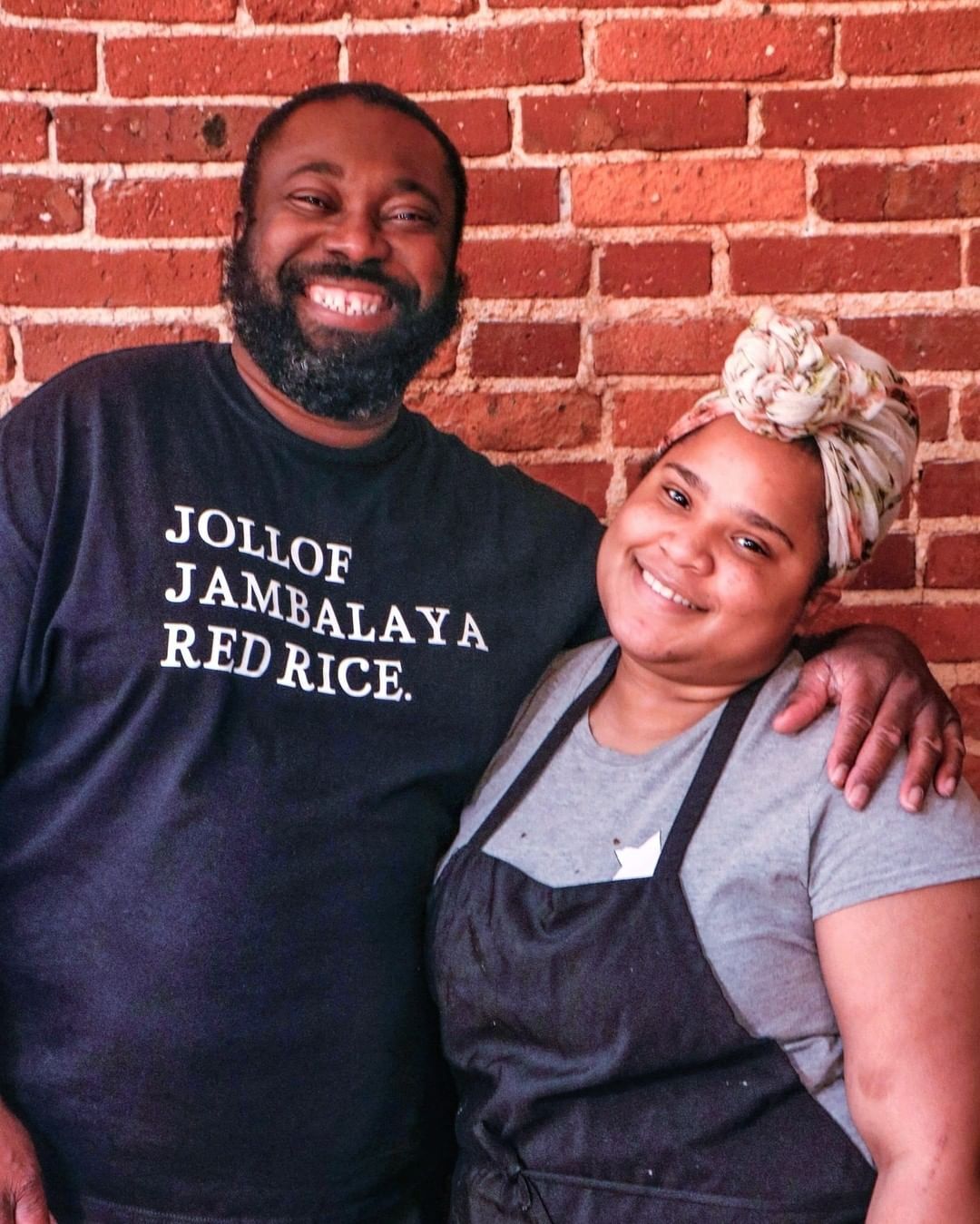 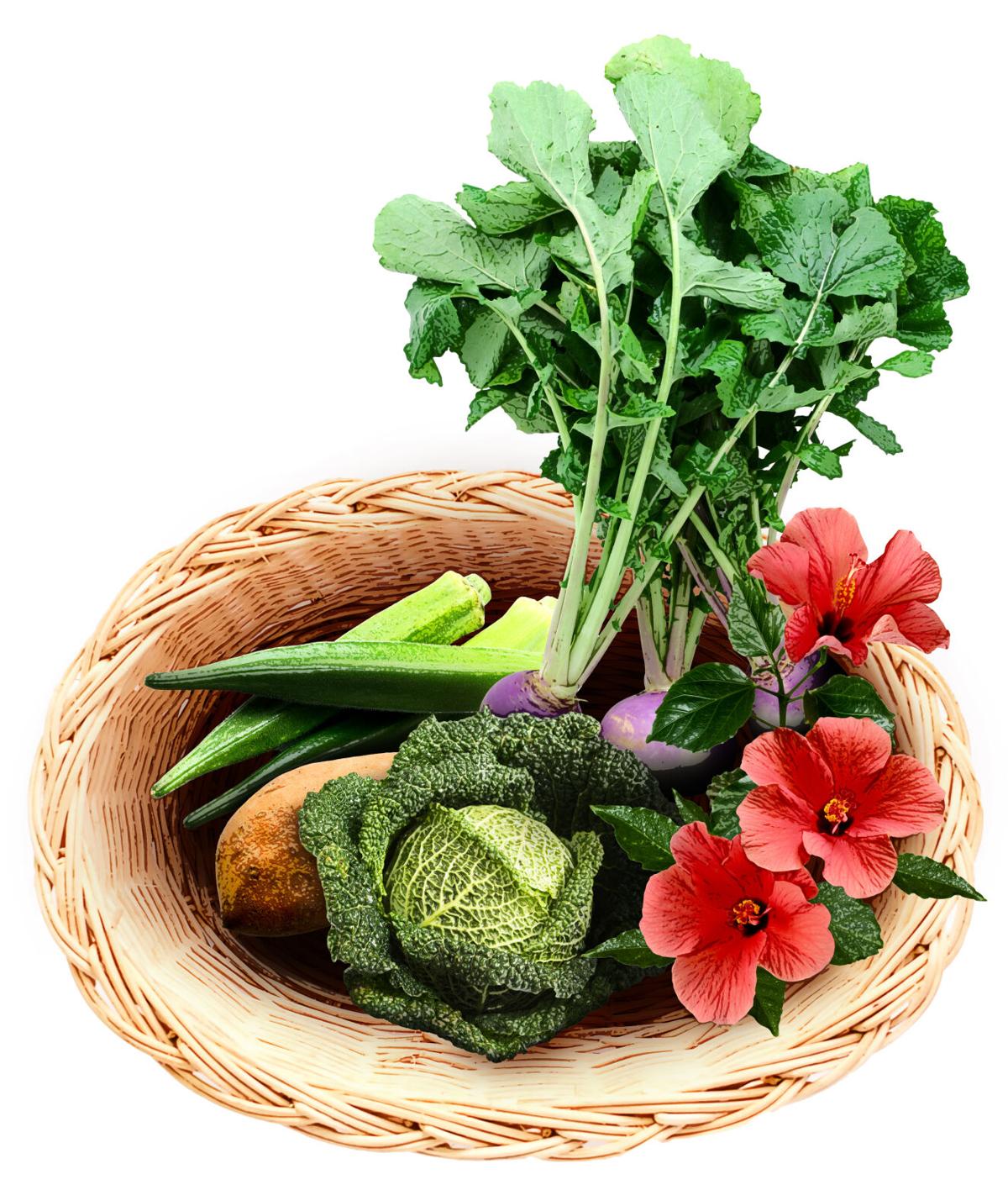 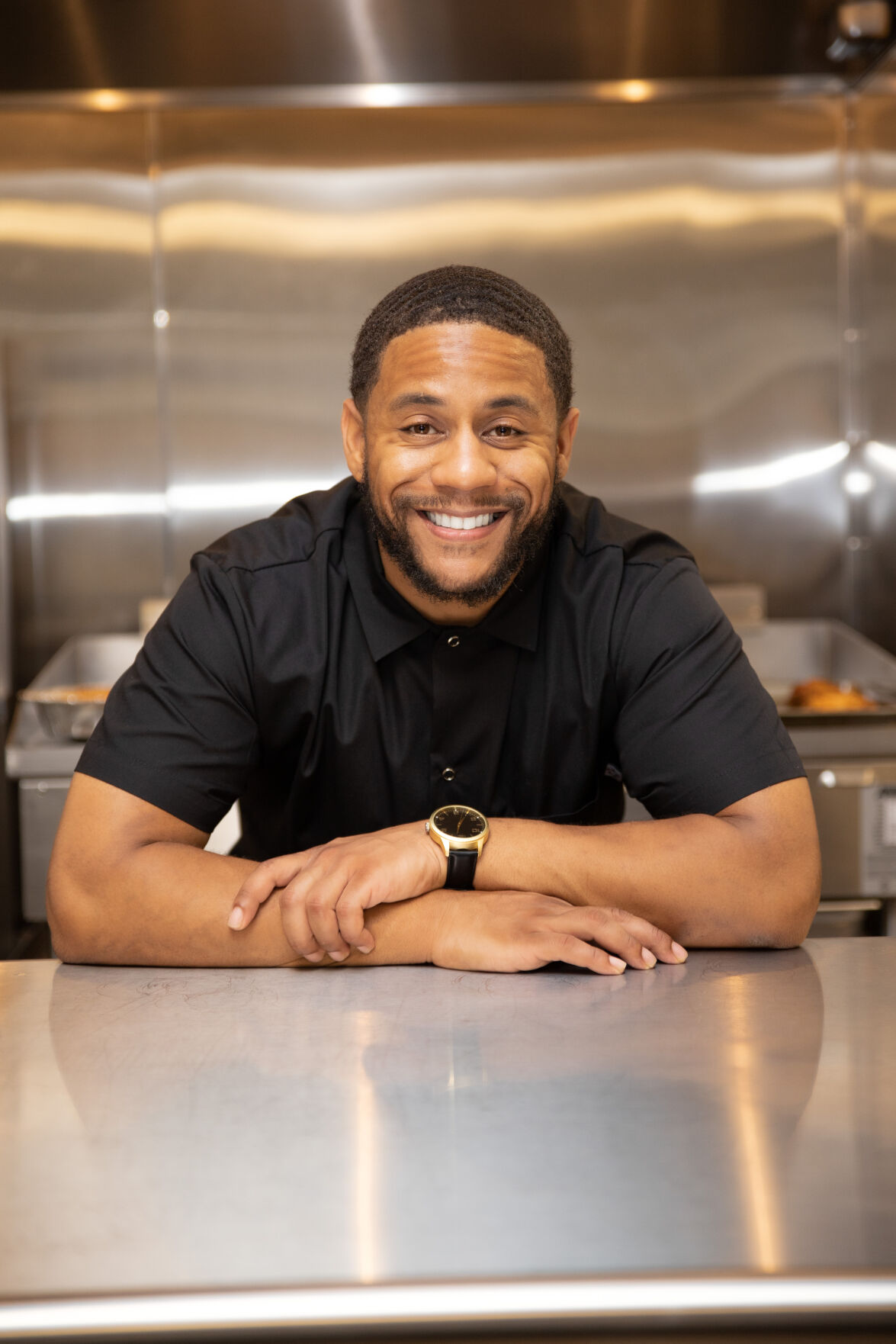 I’m currently re-reading “The Cooking Gene,” the seminal work of culinary historian Michael W. Twitty, and I stop at this passage early in the book: “The food is in many cases all we have, all we can go to in order to feel our way into our past. For African Americans and our allies, food is the gateway into larger conversations about individual and group survival.”

I’m also thinking back to this week one year ago, when Twitty was in Lancaster, delivering a keynote at the Pennsylvania Association for Sustainable Agriculture conference. Among the inspiring and provocative nuggets that he shared with the audience, this is the one that continues to stick: “These things you enjoy — sorghum, peanuts, black-eyed peas, rice, the sweet potato — didn’t fall out of the sky. They came from Africa. Through food, we are connected to each other.”

And because eating is something we do every day, commemorating that lineage and understanding those connections is the work of a lifetime, not just because the calendar says it’s February, aka Black History Month. To be clear, we can and will never know what it means to walk in the footsteps of someone of another race by eating the food of their ancestors. But, we have a front seat to the stories of people and cultures and the hows and whys of ingredient travel and the passage of recipes, even when those stories and truths are super uncomfortable and inconvenient. With food, the walls can come tumbling down if we let them, and we can begin to better understand our neighbors.

If you respond well to a calendar prompt, let this February be an invitation to do a deeper dive into Black history and heritage simply by eating and being just a little bit curious. The suggestions that follow are far from comprehensive, but a start. One crumb at a time.

Many crops that are now ubiquitous in American grocery stores wouldn’t be in this country without African people. Here are just a few, plus a diet that incorporates African foodways.

A variety of cowpea with West African roots, the black-eyed pea is among the crops that enslaved Africans brought on their forced passage to the Americas and remains a revered culinary staple. Hoppin’ John is arguably the best-known way to cook black-eyed peas in this country, where it is considered a good-luck New Year’s dish. But in West Africa, they’re typically mashed and formed into fritters called akara.

The peanut is native to the Americas and brought to Africa by way of white European explorers. Also known as a groundnut, the peanut is botanically a legume and became a versatile, successful commercial crop in colonial Senegal as well as Virginia on the backs of enslaved Africans. Groundnut stew remains a staple dish of west and central African cookery. By the late 1800s, a farmer and agronomist named George Washington Carver would help black farmers transition away from cotton by planting soil-enriching crops such as peanuts.

Probably the only vegetable that oozes when sliced, okra is an ancient African native, dating to the 12th century. With the Transatlantic slave trade, the mucilaginous pod made its way to the New World and would become an iconic ingredient of the Lowcountry along coastal Georgia and South Carolina and Creole cooking of Louisiana. There would be no gumbo without okra, fresh or dried (in the form of file powder), for example. Okra thrives in hot climates and can grow to 7 feet tall, boasting gorgeous blooms that resemble hibiscus flowers (a cousin in the mallow plant family).

With the look and feel of granulated sugar, fonio is an ancient grain from West Africa that is now getting its due in the United States. Imagine couscous but even tinier in size and finer in texture.

Its entry into the American pantry is the work of Pierre Thiam, a Senegalese chef and restaurateur, who started a fonio product line called Yolélé Foods. Similar to quinoa, fonio is a gluten-free flavor chameleon, high in protein, and considered a super food. You can find it in Whole Foods nationwide and on Amazon. In 2019, Thiam penned The Fonio Cook Book, which is a terrific introduction to this new-to-America grain.

As culinary historian Jessica B. Harris writes in “The Africa Cookbook,” “The United States owes its knowledge of rice culture to the African continent.”

White settlers discovered that rice was big business, but they didn’t know the first thing about growing it. They set their sights on the rice-savvy cultures of Sierra Leone, Gambia, Senegal and Liberia, known as the rice coast of West Africa. Between 1735 and 1740, the city of Charleston (known as Charles Town), South Carolina, imported more than 12,000 slaves to realize its rice-growing ambitions. That rice would figure into pilau, purloo and jambalaya and yeasted fritters called calas, to name a few, and it would become a forever staple ingredient of southern cookery, even when the Carolina rice industry faded into obscurity in the 1940s. See our how-to video on how to make calas online at lanc.news/Calas.

We’re talking not about salad greens but the hearty leaves of brassicas — collards, cabbage, kale, mustard and turnip — that surrender into sustenance after some time in a pot. Originating in ancient Rome and Greece, collards and their kin made their way to Africa by European explorers and into the foodways of the African diaspora. They supplemented the meager rations of the plantation diet in the New World and were considered permissible for growing in slave vegetable patches. More than 400 years later, cooking greens remain a staple of both soul food and southern cookery. In 2011, the state of South Carolina declared collards as the official state vegetable.

When dried, the flower buds of the hibiscus flower are so deeply pigmented that its resulting tea, a magnificent shade of crimson, could be mistaken for clothing dye or watercolor paint. A member of the mallow plant family (and relative of okra), hibiscus has worked its way into sundry cuisines around the world, from Senegal (bissap) and Jamaica (sorrel) to Mexico (agua de Jamaica). At least one variety of hibiscus is believed to have east African origins, in or around Mauritius and Madagascar. A good source of Vitamin C, hibiscus is also known for its potential to lower blood pressure. In this country, hibiscus has been among the “red drinks” served on Juneteenth, a celebration of emancipation.

A Boston-based public health and nutrition nonprofit, Oldways is best known for its Mediterranean diet pyramid. In 2011, the organization expanded its purview to the foodways of Africa, with a diet pyramid and full suite of online resources, including meal planning, nutrition info and recipes. For details, visit oldwayspt.org/traditional-diets/african-heritage-diet.

We have many historical figures to thank for African food’s incorporation into American culture.

Not the Greek mythological figure, but born enslaved in Virginia, Hercules Posey would become the property of George Washington, who kept him on the Mount Vernon plantation. By the late 1780s, Hercules became Washington’s head cook and moved to Philadelphia when Washington began the first term of his presidency.

“The General’s Cook,” a historical novel by historian and food writer Ramin Ganeshram, is a window into the life of this country’s first presidential chef, who was never truly free.

Like George Washington, Thomas Jefferson owned slaves and liked to eat well. Arguably the best-known of Jefferson's slaves was Sally Hemings, the mother of six children she had with Jefferson. As a teenager, Sally went to Paris to accompany Jefferson’s daughter, and her brother, James, tagged along to study French cuisine. Hemings would become the first American to train in France as a chef.

His cousin-in-law Edith Hern Fossett also had strong cooking chops. She came to Washington in 1802 to apprentice Jefferson’s chef Honore Julien (after James took his life). She cooked in the White House (known as the President’s House) and then went on to become head cook at Monticello when Jefferson retired in 1809.

To learn more, check out “The Hemingses of Monticello by Annette Gordon-Reed,” which won the Pulitzer Prize in 2009. Food is just one part of this giant book that encompasses the complicated intertwining families, but it is a fascinating read.

These Pennsylvania farmers are working to ensure heirloom African crops will be around for years to come.

This 4-acre urban farm and community garden on this historic landmark in Southwest Philadelphia focuses on heirloom crops with an African lineage. Primarily a volunteer operation, the farm is open to the public and manages two seasonal farm stands. Co-director Chris Bolden-Newsome went on to start Truelove Seeds, which curates open-pollinated heirloom seeds from small growers, with Owen Taylor (also his partner in life) in 2016. Truelove’s African Diaspora seed collection includes fish pepper, red okra, sorghum and the Paul Robeson tomato. Last year, the Truelove team launched “Seeds and Their People,” a monthly podcast. Learn more at bartramsgarden.org/farm and trueloveseeds.com.

Go deeper into your discovery this Black History Month with these exhibits and publications.

The Museum of Food and Drink in Brooklyn is hosting several virtual events throughout February tied to its exhibit African/American, which has been postponed due to COVID-19. The virtual offerings are deep dives into ingredients that are part of the African diaspora pantry, including okra, whiskey, rice and barbecue, with options to cook along. Details at: mofad.org

Go deeper into your exploration of Black food and drink culture with these publications.

It took 2 1/2 years for word to reach enslaved people in Galveston, Texas, that President Li…

A road map for minestrone, a big hearty soup that invites improv and adaptation [Stay-Put Cooking]

The generic word for soup in Italian is minestra. At the brothy end of the spectrum is the m…

Nearly a year has passed — a year! —since the pandemic darkened our doors and words like soc…

A cookie so good it may inspire world peace; here's the recipe

Regular readers of this section; I know what you’re thinking:

5 recipes to make on a snow day, from soup to a sweet treat

Snow angels or soup? As this three-day snowstorm rounds the corner, that’s what I’m delibera…

Keep these upcoming publications on your radar to keep the celebration going all year long.

LancasterHistory and James Buchanan’s Wheatland may remain closed to visitors because of the pandemic. But the local history organization stil…

Who doesn’t love an edible love note? These local options cover the gamut, from hand-dipped strawberries and hearts of chocolate to cookie box…

How to cook a steak in a cast-iron skillet for Valentine's Day, plus other recipes

The pandemic has me doing a lot of sitting — at my work-from-home desk, but also on my meditation cushion. What was once a curious “thing” tha…

Black-owned small businesses from the region will gather this weekend in Lancaster at the Black Business Expo and Food Fest.