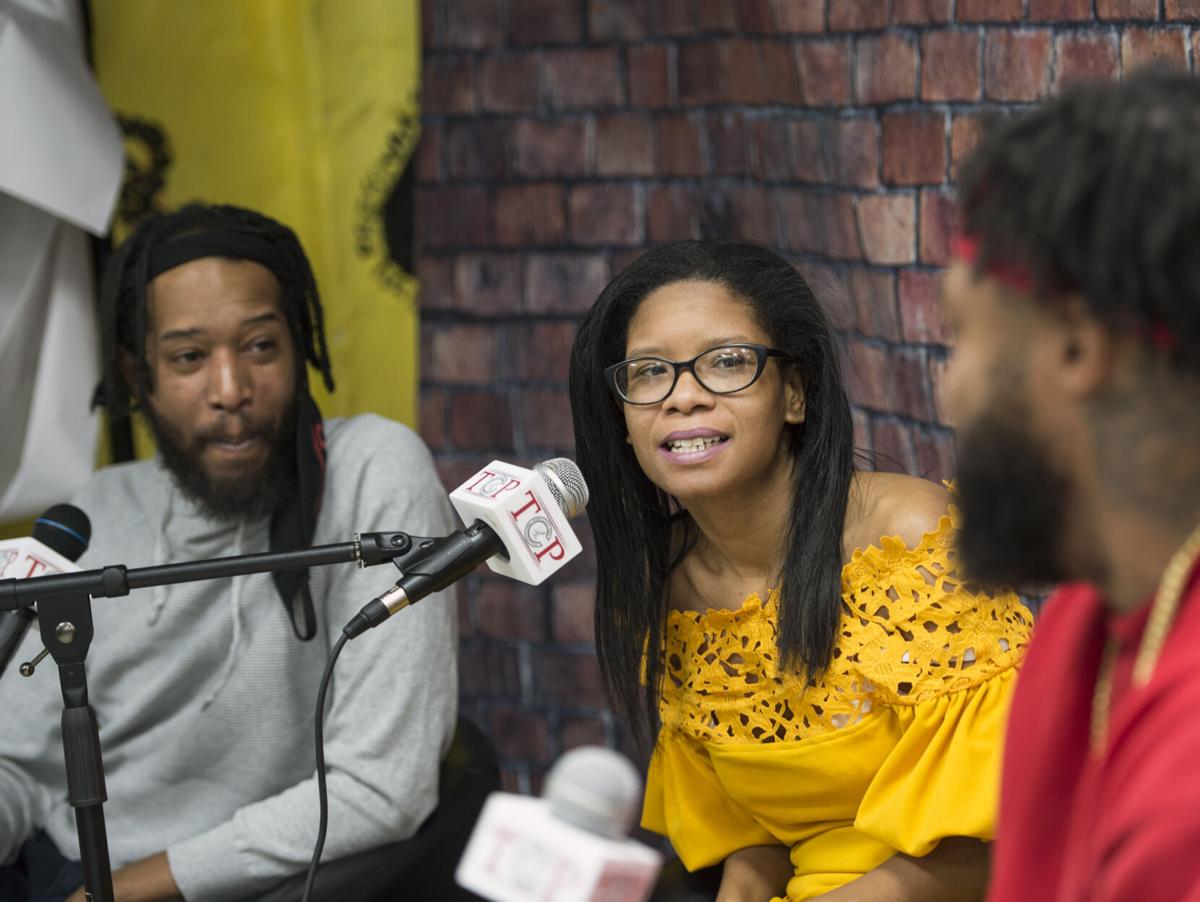 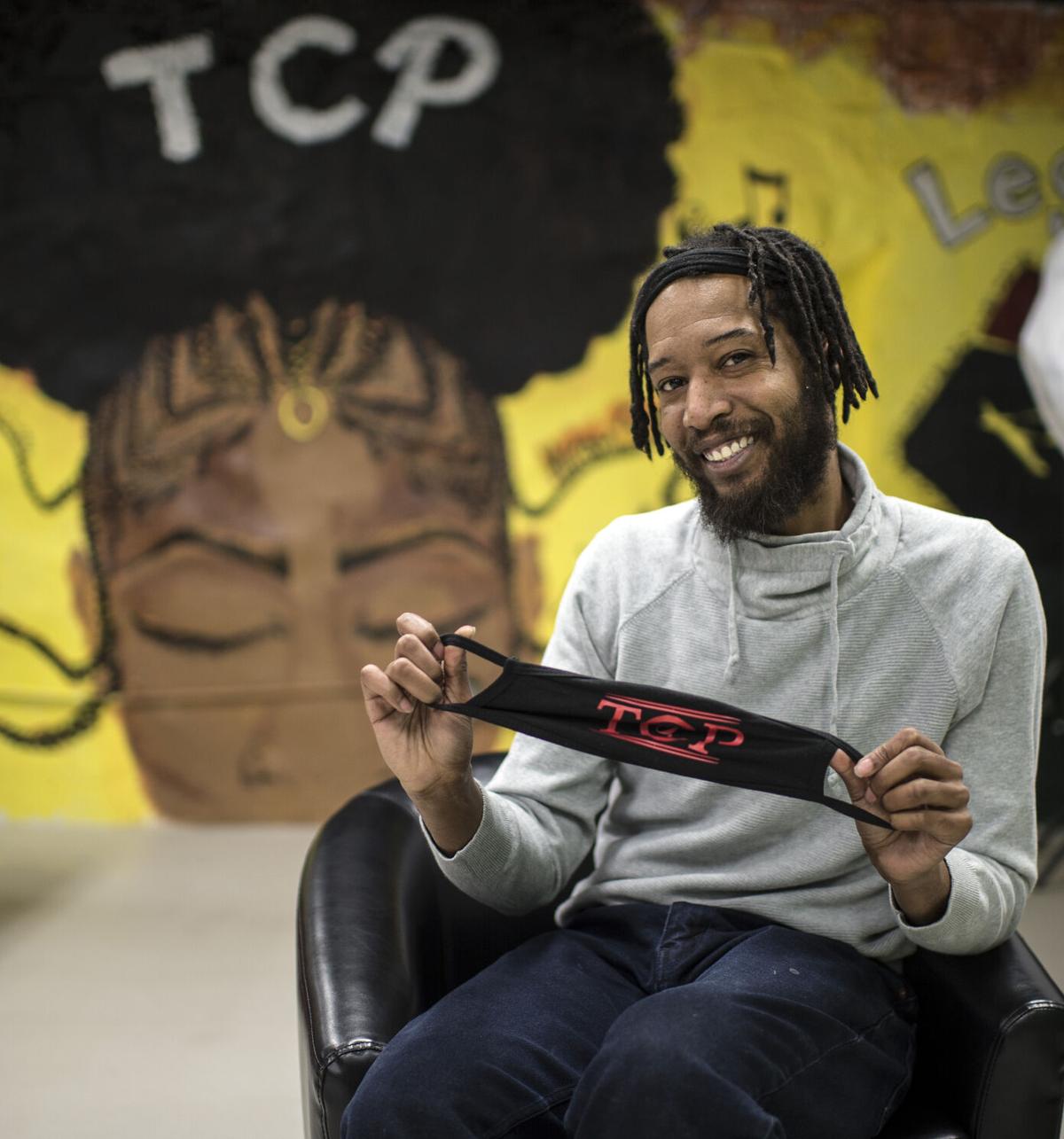 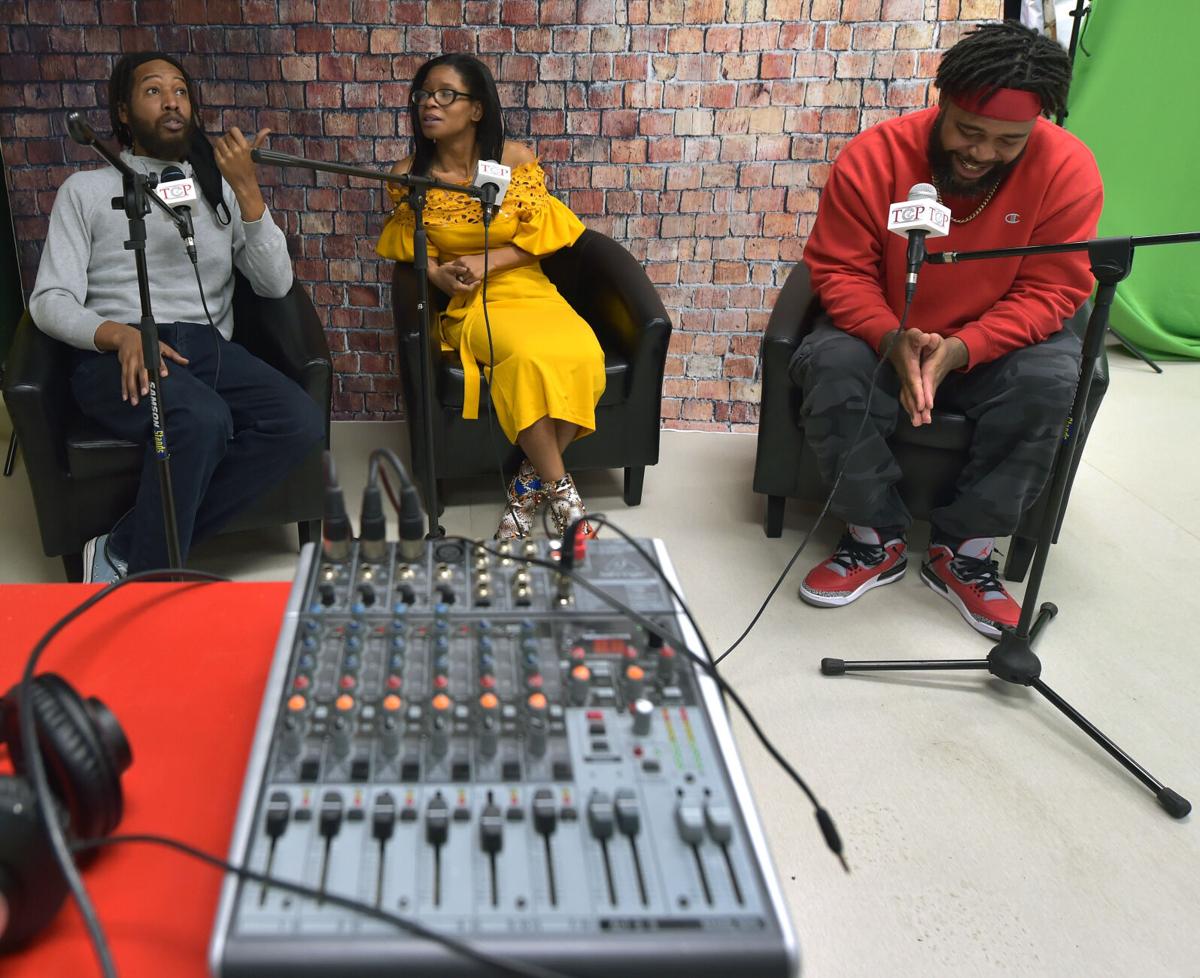 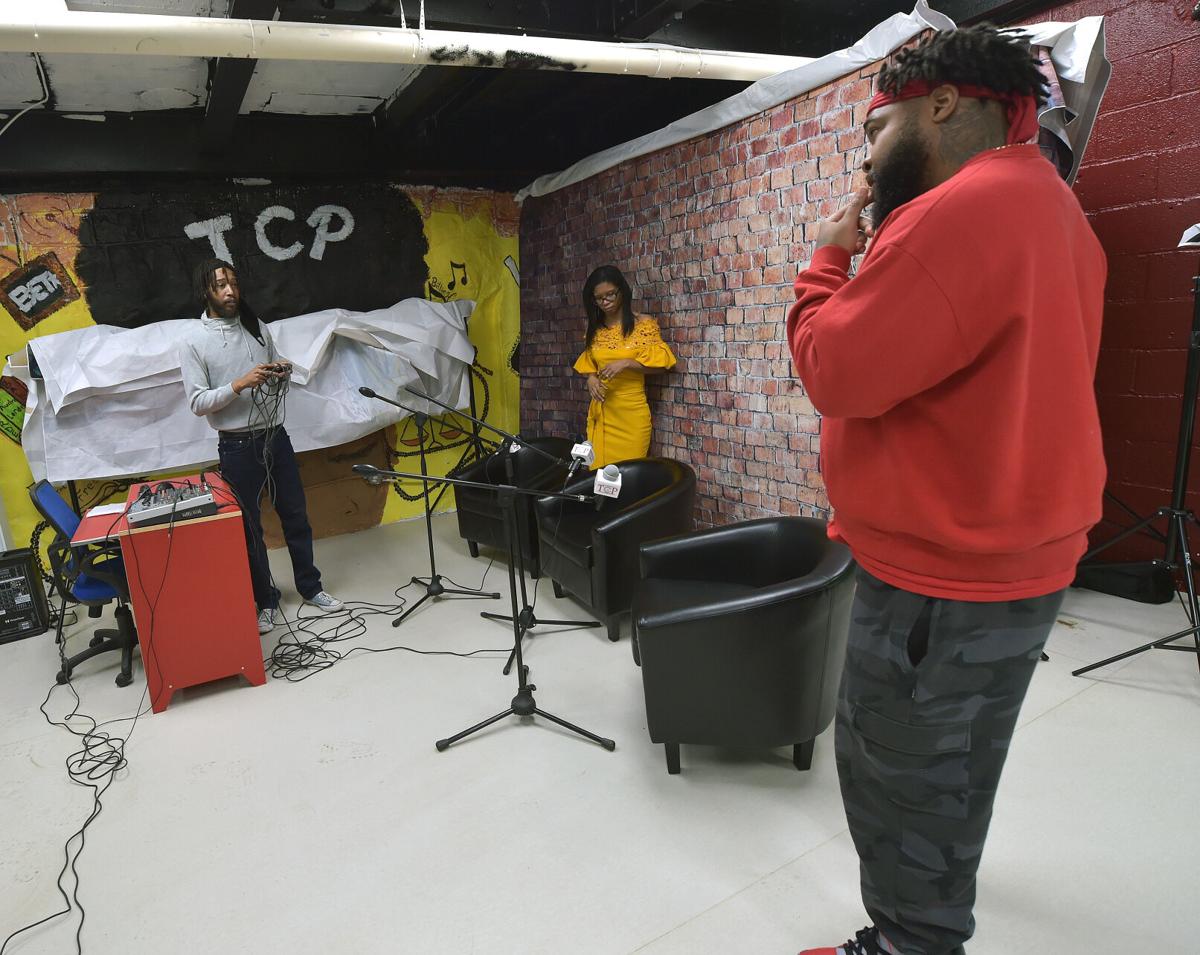 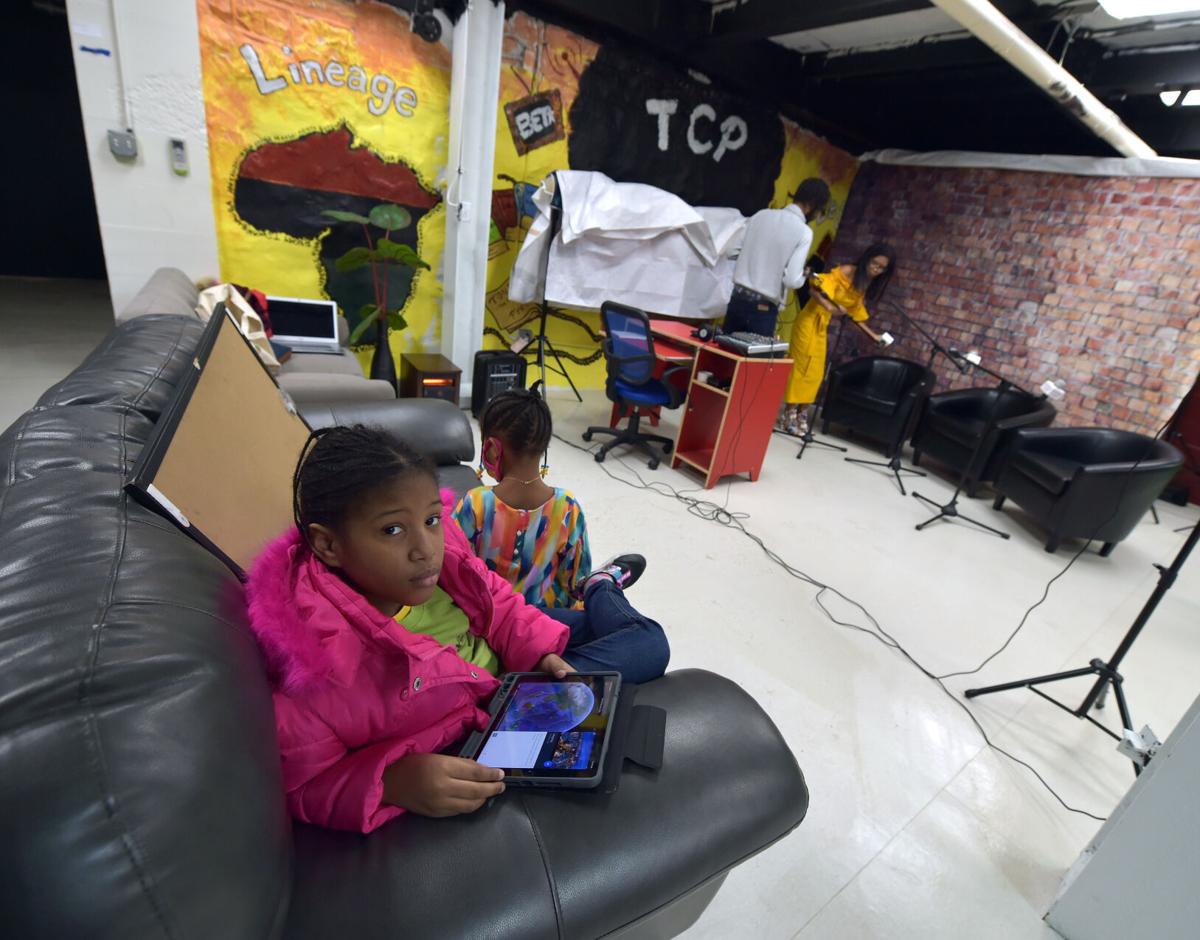 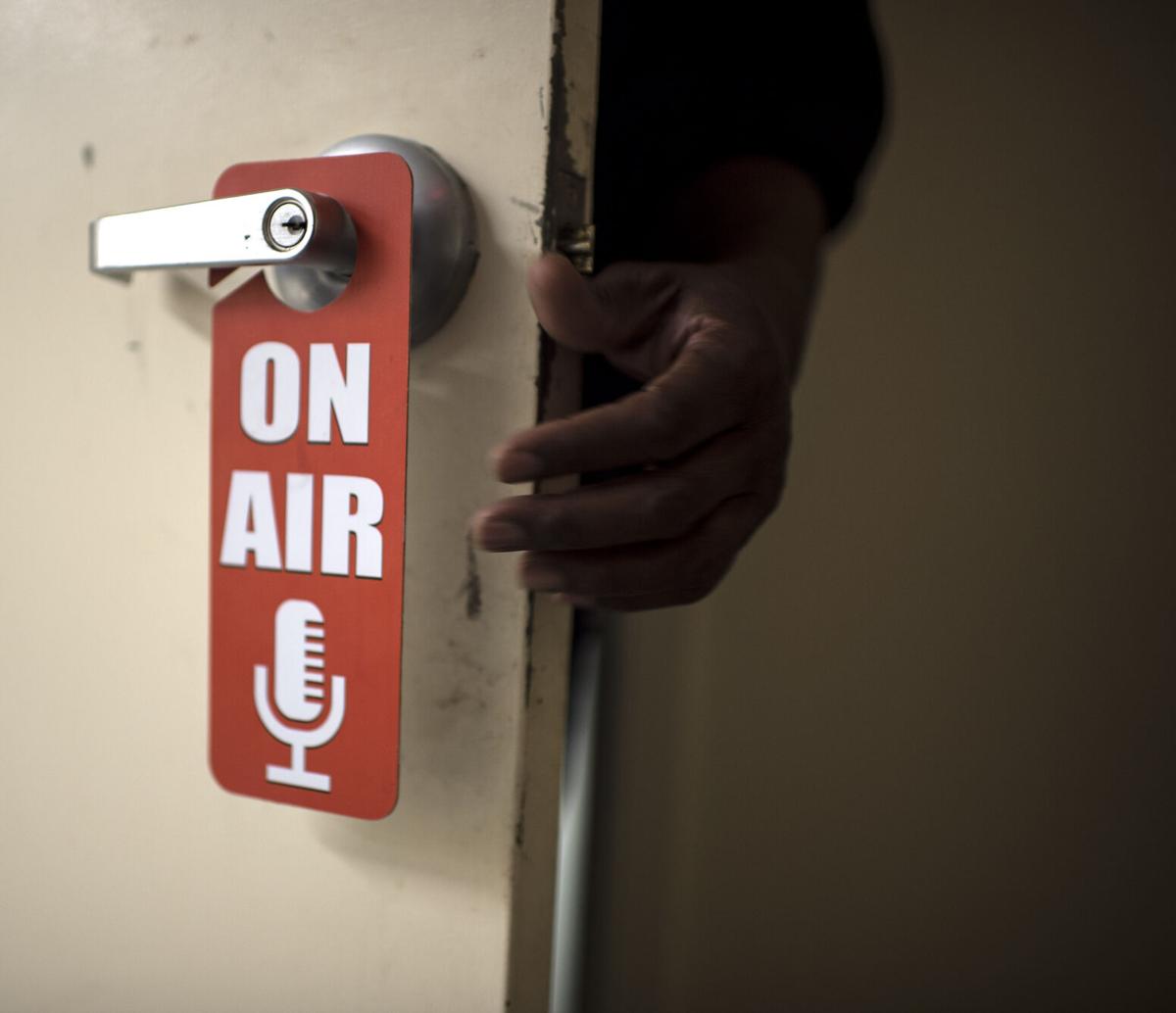 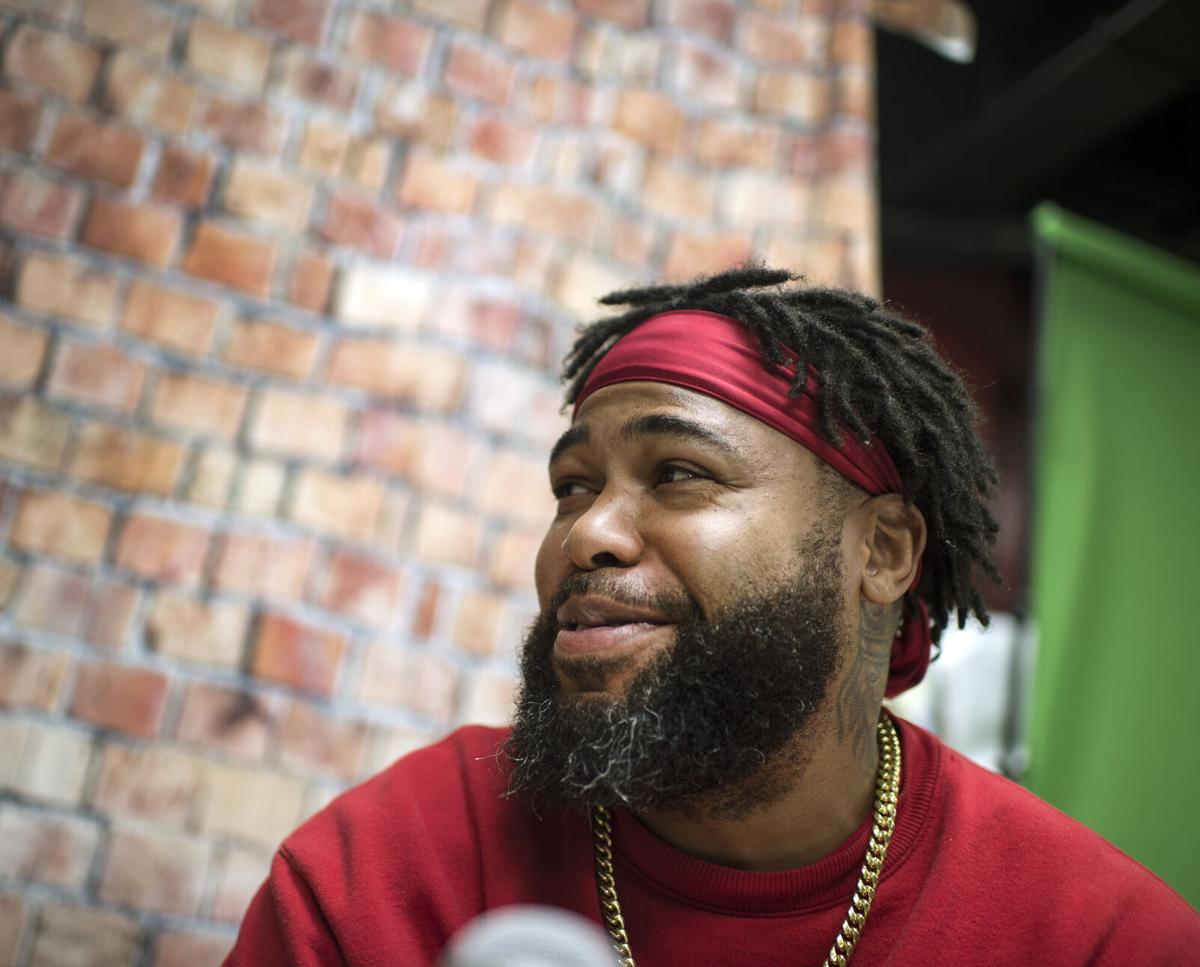 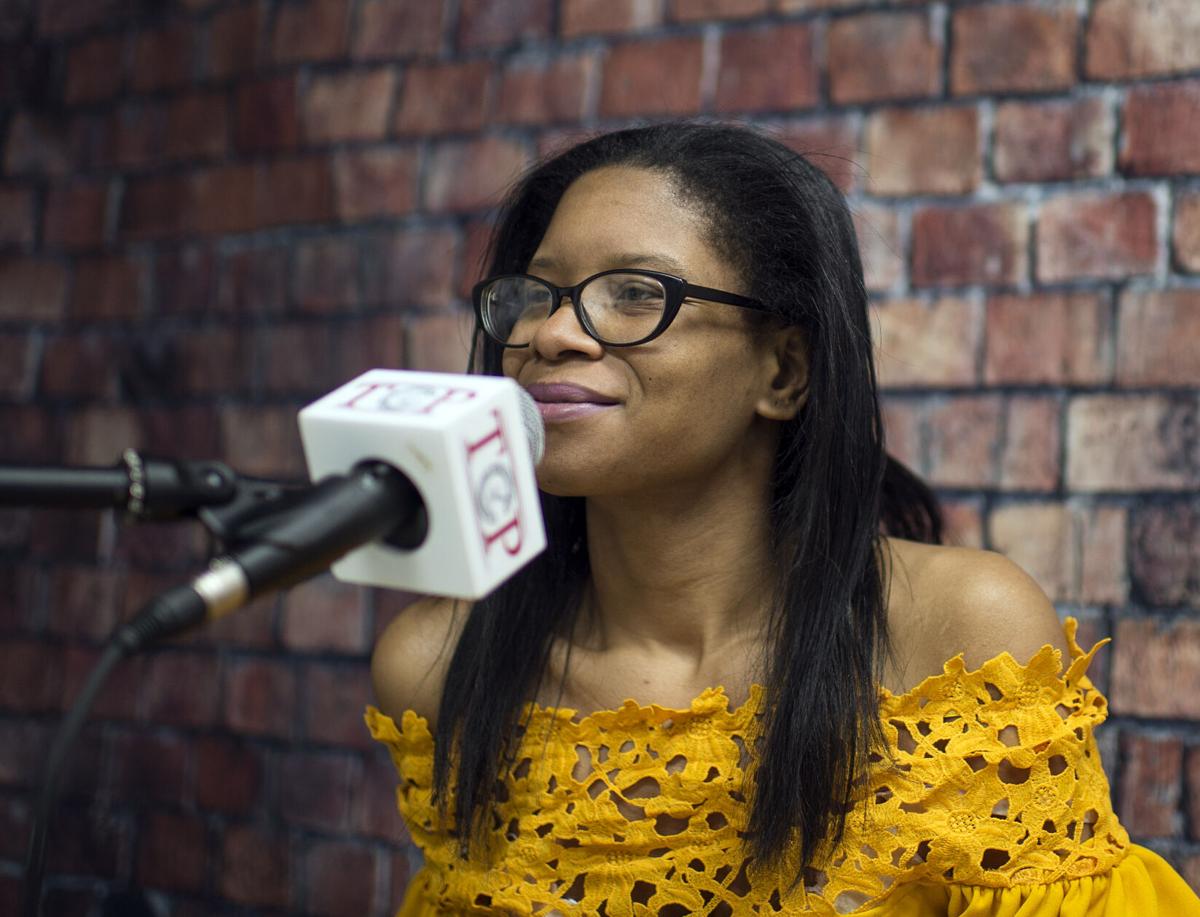 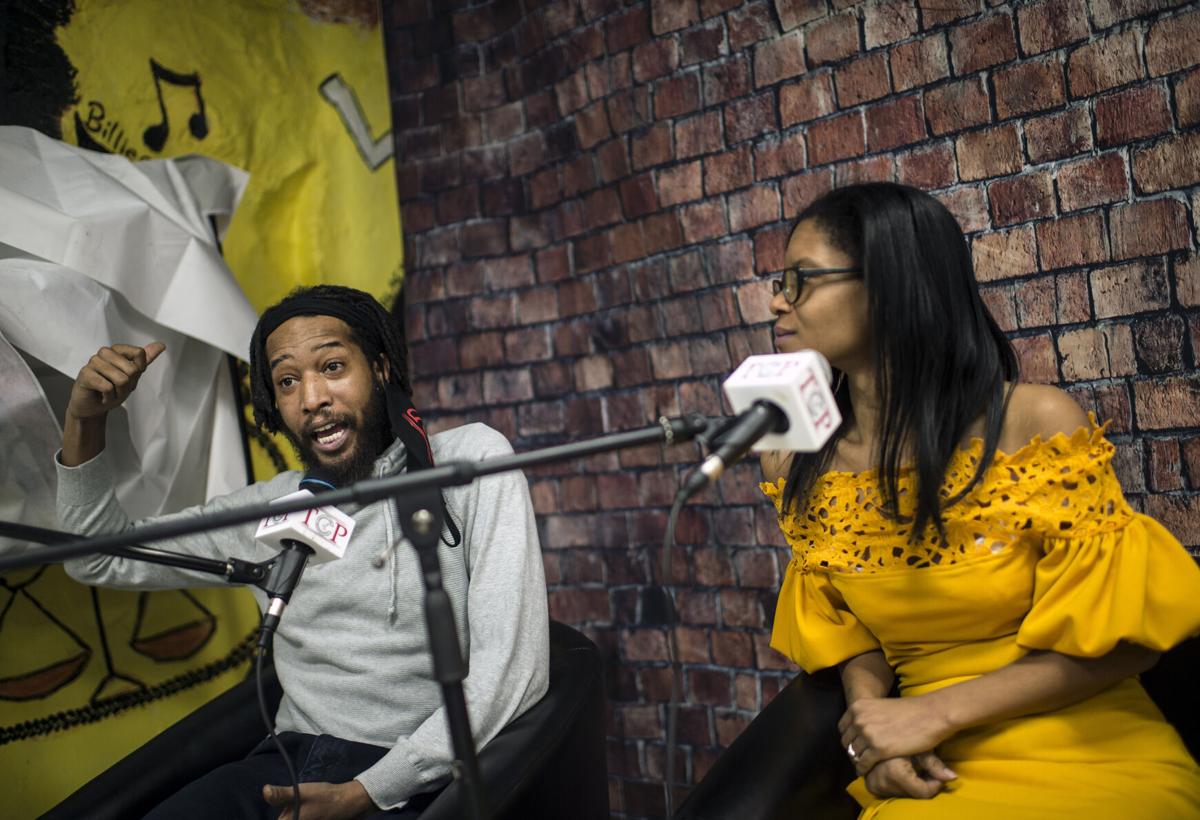 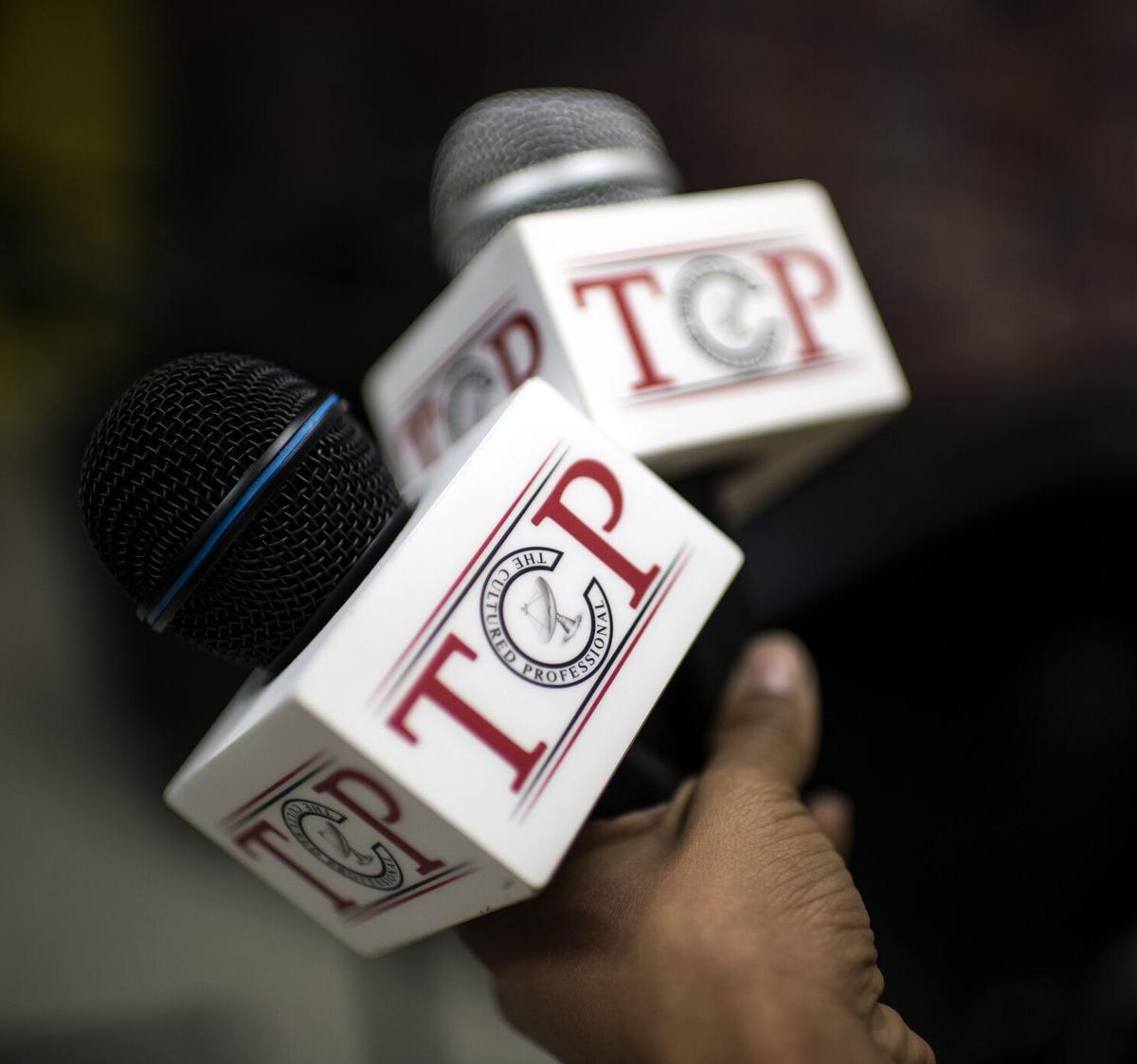 Marquis Lupton was tired of what he was seeing, and what he wasn’t seeing. Lupton, 37, of Lancaster, was working as a broadcast news reporter in Atlantic City and Philadelphia when he found himself covering stories that often skewed to the negative side of the Black and Brown communities. “I was pulled off a bunch of great human interest stories to cover another fire, another shooting, another police involved incident, and the majority of the time I was covering men that looked like me,” Lupton says.

Lupton says often, when he’d pitch positive stories about the Black community to his editors, he’d receive replies like, “We’ll get to those kinds of stories during Black History Month.”

This Black History Month, Lupton’s in a decidedly different position. He’s now at the helm of The Cultured Professional, a news and entertainment platform based in Lancaster. He cofounded the network with Billy and Brandon Way.

But the road to his current success wasn’t without frustration. A lot of frustration, in fact.

Lupton recalls a news director that didn’t want Black reporters to have short hair because it made them “look like criminals.” He says he also had editors ask him to make retractions because he sounded “too urban.” Lupton says he’s seen editors discussing which mugshots to run based on who looked “scarier,” and he says it was rarely ever the white person.

“I would say, ‘This isn’t fair. We’re covering people in a disproportionate way,’ ” Lupton says. “And more times that I care to say, I’d be labeled as the ‘angry black reporter.’ ”

Lupton was working for a news station in Atlantic City during Hurricane Sandy and was excited about a number of positive stories about people coming together, but says the station seemed committed to reporting the negative side of the news.

“That was the final straw,” Lupton says. “It was the same narrative that they wanted to put out — all of the negative stuff that was happening. I thought, ‘I have to make a decision here, I’m going to change things around and share more positive news and show people in a more positive light.’ ”

Lupton was ready to strike out on his own to create a media company focusing on positive stories about the Black and Brown community. Armed with years of on-the-job experience as well as media savviness gleaned from his time working as a field producer for CNN’s Pentagon unit and doing audio work on CNN’s “The Situation Room with Wolf Blitzer” during his grad school years at Morgan State University, wanted to make his vision of positive news to reality.

The Cultured Professional also features special programming, like its discussion about what to do if you encounter discrimination, and its coverage of this summer’s local Black Lives Matter protests.

“We said, let’s put ourselves in the middle of it and have people tell the story,” Lupton says. “Interview people and let them tell their story. We aren’t the story.”

Lupton describes the mission of the network as “a platform to give a voice to the Black and Brown and disenfranchised in Central PA.”

The organization also provides education opportunities such as its “Before You Hit Send Campaign” that taught soft media skills like how to write a blog, handle a camera and go viral to local youth to create a new generation of informed content creators with the power to tell their own stories.

With its dedicated and enthusiastic team, Lupton feels the The Cultured Professional has positioned itself to create opportunities for people whose voices often go unheard to tell their stories.

“The thing I’m most excited about with TCP is that the possibilities are endless,” says Billy Way, co-founder and co-host of the pop culture show ‘Sayless Vlogcast.’ ”

Way isn’t the only co-founder to do double duty as a co-host. Lupton himself co-hosts a twice-weekly morning news-style show called “TCP In the Morning” along with his wife, Whitney “Lady L” Lupton, and Andrew “Sarge” Dixon from The Cultured Professional studio on East Liberty Street.

“We want to be something in between ‘The Breakfast Club’ and ‘The Daily Show,’ ” Lupton says of “TCP In the Morning.” “We want to be fun and satirical but still give you news that you can use.”

Lupton’s vision for the show succeeds. Watching the show, which airs live from 8 a.m. to 10 a.m. Mondays and Wednesday on Facebook and Roku — with past episodes available on demand — feels like listening to your funniest and most well-informed friends talk about the news.

“We want people to be educated and entertained at the same time,” Lupton says. “We want them to be edu-tained.”

One of The Cultured Professional’s longest-running shows is “Hip-Hop & Politics.” The show, co-hosted by Nina Chloetil and Dominique Jordan, combines the local hip-hop scene with local politicians to offer a platform for wide-ranging conversations about everything from new policies to the guests’ top five favorite rappers. Former guests include Lancaster city Mayor Danene Sorace, rapper Laddie Moran and local poet Thunda Khatt.

“Black and Brown people in the United States of America haven’t always gotten a fair shake and nowadays, we’re not willing to be left out of conversations that we think we should be invited to have,” Jordan says. “And hip-hop has always been our modern-day language to be able to be able to express ourselves and let people hear stories they wouldn’t hear any other place.”

“People who wouldn’t typical be interested or know much about politics are exposed to topics and issues that they normally wouldn’t be,” Chloetil says. “Changing the narrative and allowing people to see how impactful and influential both hip-hop and politics are in today’s culture. These stories might go untold and there’s awareness that needs to be given to them.”

And, for Chloetil and Jordan, diversity means having a wide range of opinions featured on the show.

“We’re not one-sided,” Chloetil says. “We’re not biased. We like to hear people out.”

Diversity in the media

Lupton’s vision of creating a more diverse and positive media presence is succeeding with The Cultured Professional. But that’s only the first step in what he sees a need for more overall diversity and change in media. And he says it goes further than just hiring more Black reporters.

“I think it’s hiring more general managers and more news directors and more presidents of color,” Lupton says. “The decision makers. The people that set the culture. Those are the ones that need to be more diverse.”

With its eclectic, informative, educating and urgent programming Lupton and his co-founder and team of storytellers, personalities and reporters are creating a more balanced view of the world and one that will hopefully continue into the future.

“I would hate for anybody to feel as lonely as I felt in the newsrooms that I was in,” Lupton says. “If I can make someone not feels so lonely, then I did my part.”

Here’s a sampling of the programming featured on The Cultured Professional’s new Roku channel TCP TV. Find the full slate of shows and the schedule at TCP TV on Roku and more information on thetcpnetwork.com and the organization’s Facebook page.

“TCP In The Morning”: A twice-weekly morning show featuring co-hosts Marquis Lupton, Whitney Lupton and Andrew Dixon running down the news in an entertaining yet informative style.

"Hip-Hop & Politics": Hosts Nina Chloetil and Dominique Jordan interview local politicians and artists from the local hip-hop scene and explore the crossover between the two realms.

“Life of Bern”: A web series about a teen diagnosed with selective mutism who raps.

“Reset with Rev. Sherry”: The Rev. Sherry Lupton has a series of conversations with Black women and men in the clergy and the issues they face.

In honor of the upcoming Valentine's Day holiday, we asked our readers to share their most cherished memory with their significant other and g…

Ready for spring? Take a look inside the Ephrata-area greenhouses filled with petunias to poinsettias [photos, video]

Frysville Farms raises 40-50 types of plants with a focus on million bells baskets and gerber daisies.

YWCA Lancaster is launching a new initiative to support Black creatives in Lancaster.