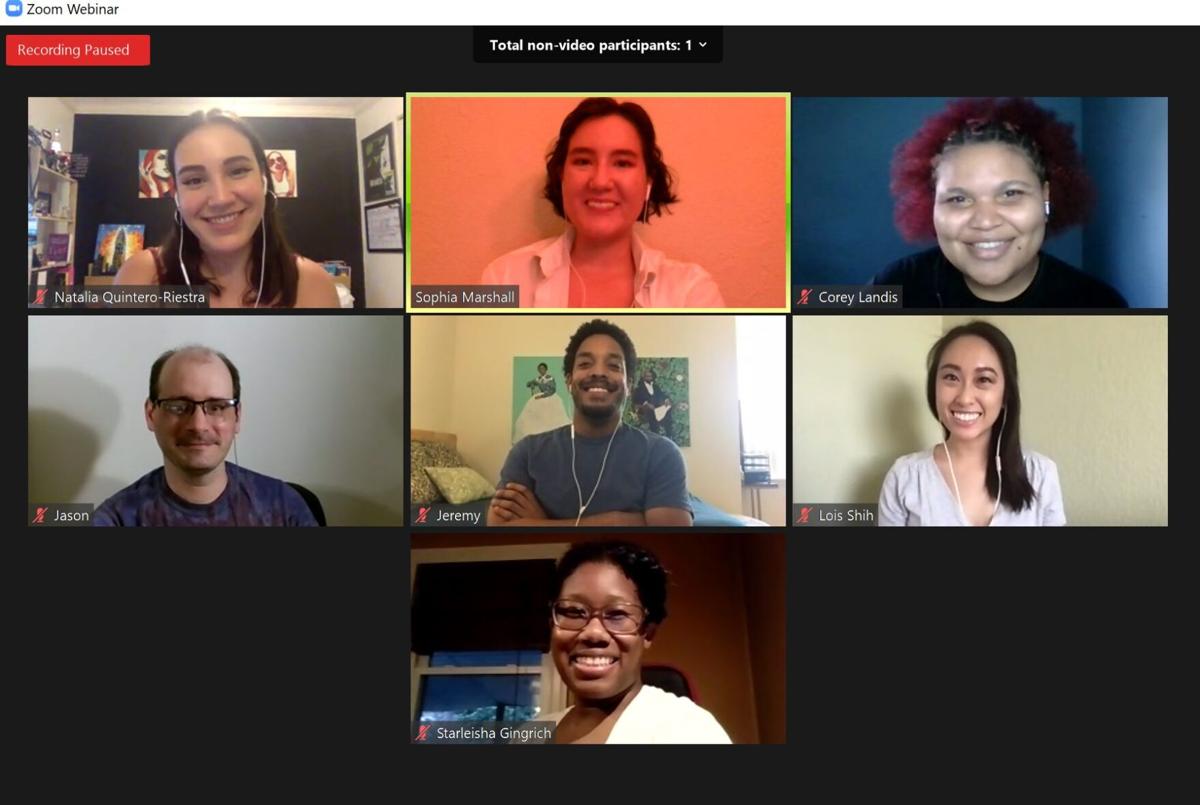 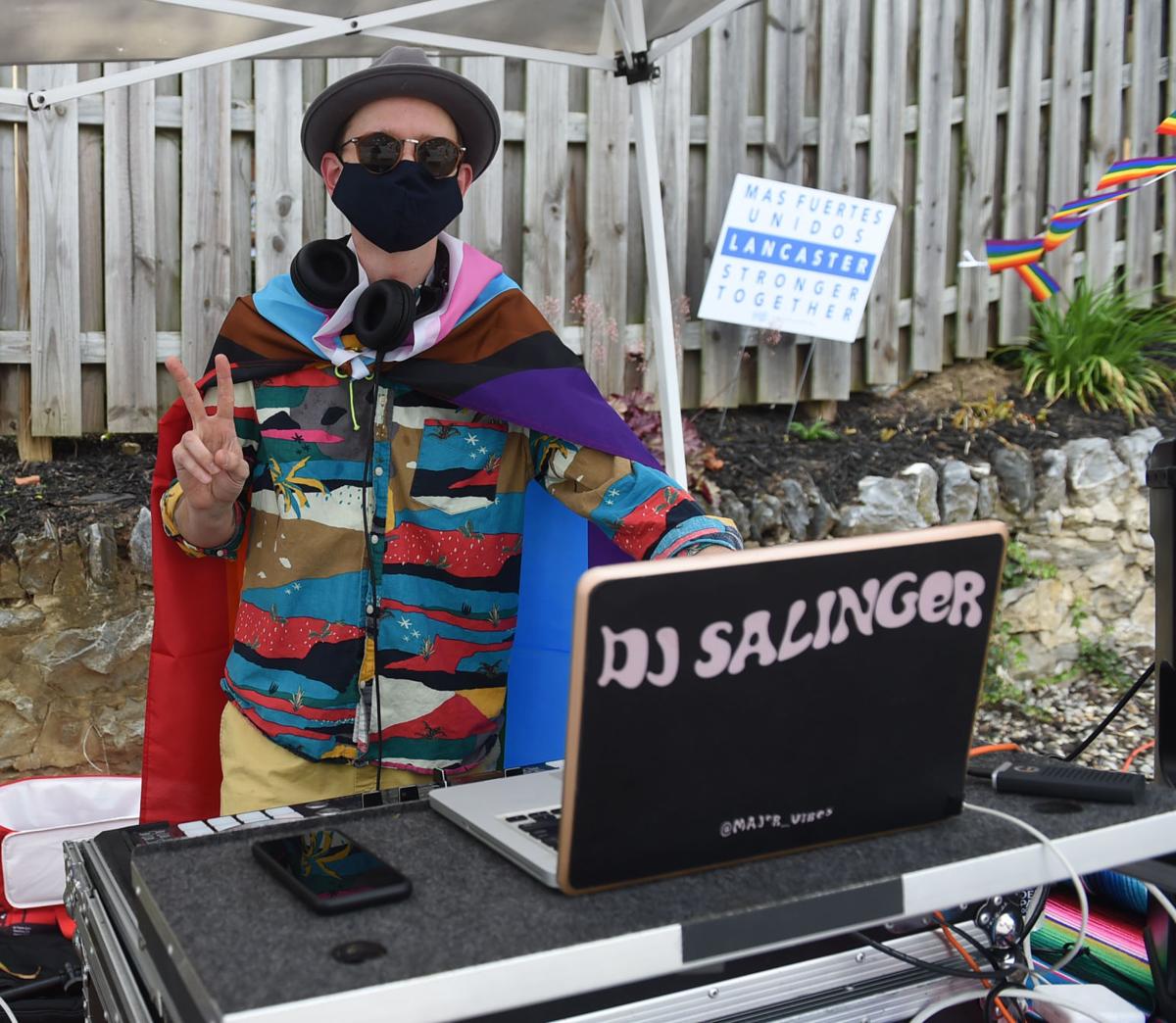 Music provided by Nick Reiner aka DJ Salinger during the social distancing event which is hosted by LBGTQ+ Coalition, as their main event is cancelled due to the Coronavirus, in Lancaster Saturday, June 27, 2020. 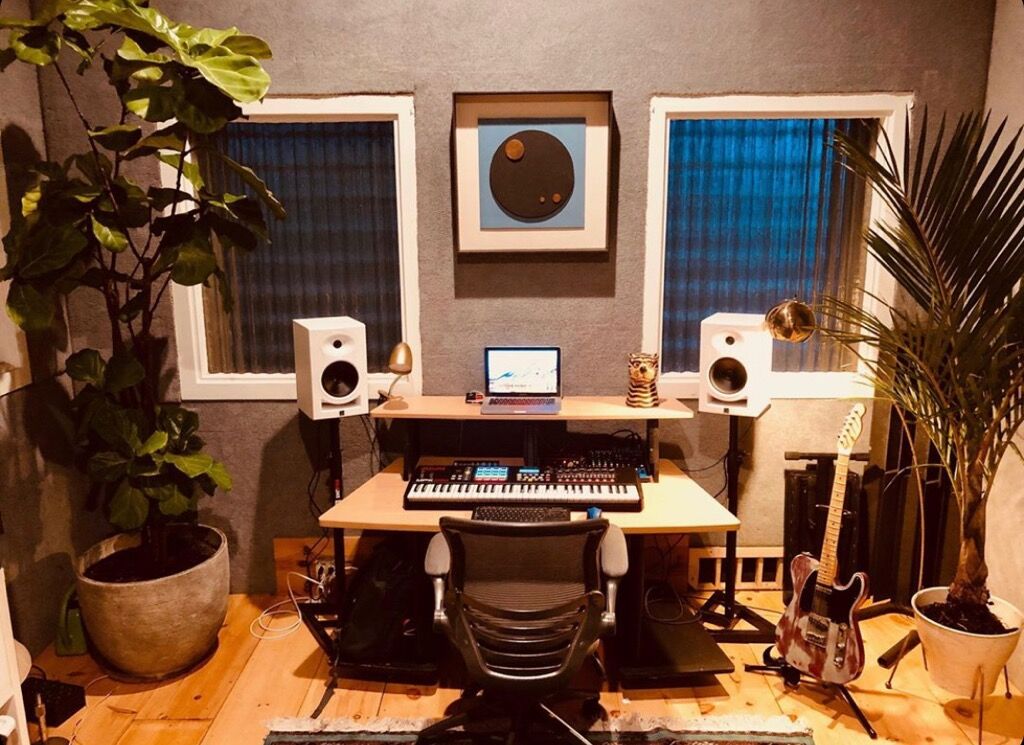 Quarantine measures not only upended the entertainment industry around the globe, but also forced artists to figure out an entirely new way of performing, one that didn’t involve people packed tightly into small spaces. Where there is hardship, however, there is ingenuity, persistence and, sometimes, a small seed of positivity that can grow even in the harshest of conditions.

One of Lancaster County’s first virtual shows came just a day after Gov. Tom Wolf closed all Pennsylvania schools as a precautionary measure, a sign of things to come.

On March 14, the Nielsen Family Band and Sun Not Yellow, two Lancaster bands that had recently toured together, arranged an impromptu show at the Sugartank recording studio in Lancaster city. The show had few attendees, and a friend of the band recorded the event on their phone and streamed it on Facebook Live. The video is shaky, and the sound is a little distant.

“Is it streaming now?” frontman Jordan Capizzi asks at the video’s beginning, sideways because of the phone’s orientation. There’s a giddy confusion that comes with something new, and it’s presented well in that live video, still archived on the Nielsen Family Band Facebook page.

For many artists, the first weeks of the pandemic were a frantic exercise in replacing events that had been erased from the calendar with the speed of a small child shaking an Etch A Sketch. One of Lancaster’s busiest musicians, DJ Salinger, faced cancellations not only of regular DJ gigs, but also of weddings and special events. Within a week, Salinger — the pseudonym of Nick Reiner — was looking for a way to turn his in-person setup virtual.

“It was a pretty steep learning curve to learn the technical end of things, like how to make it sound and look good,” Reiner says. “Unfortunately for me, especially as a DJ, putting stuff out there, I couldn’t stream on Facebook or Instagram Live because of the copyright issues. So Twitch was the only platform that would allow me to do that.”

Within weeks, Reiner had set up several times a week to DJ under the “Major Vibes” label that he has so carefully maintained over years of regular gigs at The Village, Tellus360 and pretty much anywhere else in Lancaster in need of a DJ.

Teaming up with another local DJ, Shoyei, Reiner was able to not only offer a virtual version of his regular “Wax on Wednesday” gig, but additional Saturday night dance parties and occasionally an hour of music for kids on select afternoons.

Reiner essentially turned his living room into a club, and the Twitch chat window was, for all intents and purposes, the best version of a dance floor available under these conditions.

“The engagement was a big part of what makes it work,” Reiner explains. “People want to be a part of the vibe. Some people will tune in and just put it on in the background and have dinner. But I would say the majority of people that are there are watching and commenting and expecting a conversation. I’ve gotten better at that over the months, keeping my eye on the comments and replying as quickly as possible.”

It’s one thing when you are the performer, attempting to shepherd potential viewers to one of the internet’s seemingly infinite number of entertainment options. It’s another thing entirely when you’re shepherding other performers in the hopes of gathering them in one place.

Millersville music professor and accomplished concert pianist Xun Pan learned all about that as he helped take the yearly Lancaster International Piano Festival online this fall to glowing results. For nearly a decade, the festival has helped shine a light on some of the best young piano talent in the world, and against all odds, the 2020 incarnation of the festival not only continued that tradition, but perhaps improved upon it.

Nearly 60 competitors from 10 different countries participated, sending in videos of themselves performing concertos. As many acclaimed piano festivals around the world postponed to 2021, the Lancaster festival found success doing the opposite and embracing the virtual space.

In lieu of a 'Spotify Wrapped' list, a look at favorite musical moments from 2020 [Column]

“We were so happy that the competition turned out bigger than we expected,” Pan says. “Normally you don’t get this many people to compete just because they have to travel to Lancaster. Since it’s online, the participation was a lot more than normal.”

First Prize Young Artist winner was Victoria Wong from Canada, who Pan says is still hoping to travel to Lancaster in February to perform a concert.

The results of the festival are indicative of a greater phenomenon surrounding this year of streaming events — the festival ostensibly “happened” on Aug. 20, but videos from all the competitors are available for viewing on the festival website. You could make the argument that every single day can be the Lancaster International Piano Festival if you want it to be, because every performance is still available for streaming.

From stage to the screen

The same could be said for the “stage” debut of Disrupt Theater Company, one of a handful of organizations to get its start in a fully virtual space.

Founded by Starleisha Gingrich, Disrupt hit the scene in the summer with a mission to shine a light on dramatic works made by and for actors and playwrights of color. The inaugural performance was of Lydia R. Diamond’s 2008 play “Smart People,” which premiered on Zoom. The actors performed their parts in their homes, for audience members watching in their homes.

Despite the conditions, Gingrich not only says the performance was a success, but also that she found ways to preserve the feeling of a job well done, even if it looked a little different.

“At the end (of the show), we opened the chat and had people drop well wishes, so that was kind of my virtual version of a stage door,” Gingrich says. “And then when we closed the chat and said good night, I called four or five of my friends and FaceTimed people, because that’s sort of what I would do in real life, do a formal stage door and then go out to the bar with friends and talk about it. It was one of the most exhausting nights of my life, and also one of the most fulfilling.”

Buoyed by the success, Gingrich and Disrupt are committed to more virtual readings in 2021, in part because of her own immunocompromised health.

“I’m grateful for this break in in-person theater because I can think about what do I want this company to look like, what are the needs of the community that Disrupt can serve and fulfill?” Gingrich says. “Without COVID, I would have gone all in, head- and feet-first, without that selfreflection. I think a lot of people have recognized that this last nine months has had a lot of room for reflection, and how do we stay true to ourselves while creating art that is meaningful and touches people’s lives?”

“I’m not sure how much longer it’ll be until we have normal live events again. I hope for the winter that people will be more aware of their local artists and support them in any way they can. That’s the key to sustain the culture of our city."

It’s the last hypothetical question that Gingrich poses that has become a real existential threat in the last months of 2020. Streaming events continue relatively unabated, because there’s not really a feasible alternative. That doesn’t stop people from feeling the fatigue of staring into a screen, though. Artists are left with the paradox of knowing that people want to be entertained, but not being able to serve that need in a satisfying way.

“In the first couple months, it was going pretty well,” Reiner says. “People were watching and appreciative that it was even happening, because everyone was locked up. And then, I would say, two months in, the fatigue of the pandemic started wearing on everyone. The oversaturation of livestream events sort of exhausted everyone on the whole concept. And not that it went away, it was just getting harder to get people’s attention on that platform.”

With 2021 on the horizon and a live entertainment industry struggling at best, it’s anyone’s guess what the landscape will look like another year from now. Rest assured that artists in Lancaster are still going to be devising ways to get the arts to the people who need them, because the artists themselves need that release, too.

“I hope that there’s a raised awareness that we’re still in this,” Reiner says. “I’m not sure how much longer it’ll be until we have normal live events again. I hope for the winter that people will be more aware of their local artists and support them in any way they can. That’s the key to sustain the culture of our city."

Gov. Tom Wolf and Secretary of Health Dr. Rachel Levine held a press conference Wednesday afternoon to talk about COVID-19 and its impact on P…

Cases swell in Lancaster County as the state reports nearly 400 new cases in the past 24 hours.

This winter is shaping up to be one like no other.