A still from the film "The Special," premiering at Reel Cinemas on Thursday, Oct. 8. Image courtesy of B. Harrison Smith. 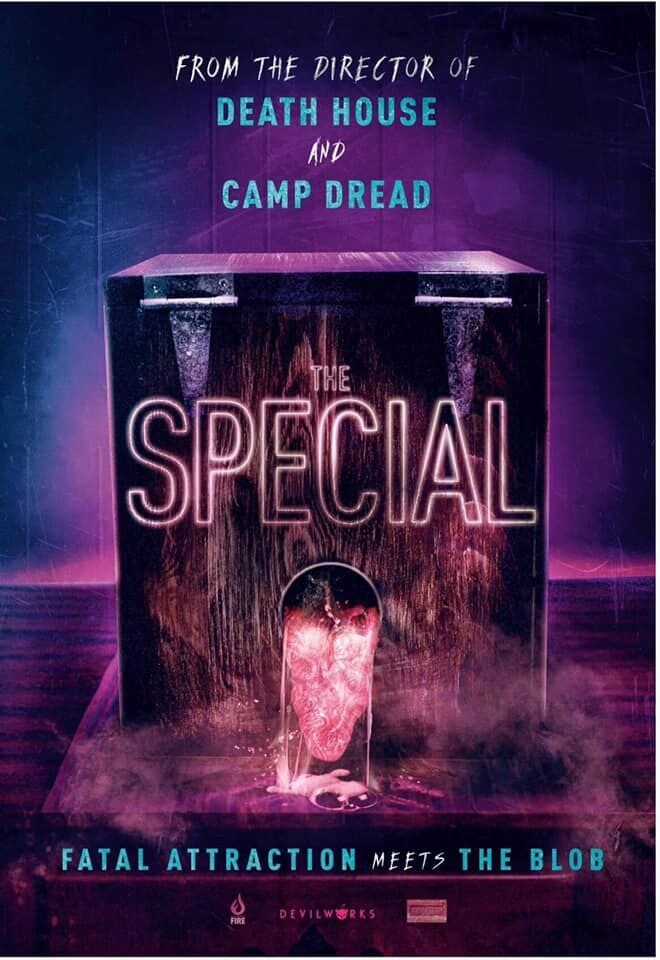 Poster for "The Special," which arrives at Reel Cinemas on Thursday, Oct. 8.

A still from the film "The Special," premiering at Reel Cinemas on Thursday, Oct. 8. Image courtesy of B. Harrison Smith.

Poster for "The Special," which arrives at Reel Cinemas on Thursday, Oct. 8.

However, the film “The Special” will get that privilege on Thursday.

“The Special” will  make its Lancaster County premiere at Reel Cinemas in Lancaster. The film, which was shot in Lancaster and York in early 2019. is the seventh from Pennsylvania native B. Harrison Smith and is based off a screenplay by James Newman and Mark Steensland.

Tickets for the 7 p.m. showing of “The Special” are $12.50 and are available on Reel Cinema’s website.

“The Special” was screened to friends and family of the cast and crew at the Appell Center in York in June 2019. Smith considers Thursday's showing to be the local premiere of the film, after a wider audience saw the movie in January at San Francisco Indie Fest. Later this week, UK horror fans will get a taste of “The Special." at Grimmfest, an international film festival to be held virtually.

“The Special” sits at the intersection of the body horror of David Cronenberg’s “The Fly” and the psychological terror of an especially seedy “Twilight Zone” episode. In the film, a young man who finds out his wife cheated on him is taken to a brothel by a friend, who advises him to order the titular “special.”

“The number one piece of feedback that came from people was that it would make a great midnight movie,” says Smith. “It's just got that weird, screwed-up vibe to it.”

Though the film was primarily shot in York, it also features Lancaster locations, like Smith’s Hotel and Bar in Columbia, and Sloan’s Pharmacy in Mountville.

Thursday’s showing of “The Special” also serves as Reel Cinemas’ first showing of a locally made film, but general manager Mark Laughman said he hopes it is not the last.

“I like working with independent companies,” Laughman says. “It’s a one-day event, so I hope people come out.”

Smith says that 140 tickets are available for “The Special,” with Reel Cinemas using two auditoriums to show the film so that viewers can stay socially distanced. Other CDC guidelines, including mask wearing, will be in effect.

“In-theater showings are in danger right now because of all the restrictions,” explains Harrison. “But they want to see, one, how many people come out and two, what's the reaction of people to it?”

Despite “The Special” being released during a pandemic, Harrison has high hopes for the film. Following Thursday’s screening, “The Special” will come to VOD on Oct. 13, with a DVD release to follow on Nov. 10.

“Horror has always thrived in bad economic times,” Smith says. “If you go back to the start of the Great Depression, what were the number one films at the box office? ‘Dracula,’ ‘Frankenstein’ and ‘King Kong,’ because people want to escape and see somebody having it worse than they do.”

What: “The Special” screening.

If you saw people with guns on Thursday afternoon near West Mifflin Street, there's no reaso…

One of music's most revered guitar players, Eddie Van Halen, has died today of throat cancer at the age of 65.

Scott Drackley, executive director of the Penn Square Music Conservatory, had a lot of cleaning out to do as he moved his new music school int…

It’s been a long year in lockdown, and many people are probably ready to get into the spooky holiday spirit as Halloween approaches.

Famous actor, comedian and lover of basketball Adam Sandler will be shooting more than some hoops near Lancaster in 10 days.

From 'Midsommar' to 'The Possessor': 10 modern arthouse horror movies to watch before Halloween [column]

Halloween is just around the corner, marking a beloved holiday in the middle of a not-so-beloved time.

From a dark basement in Lancaster County, a voice cries out.