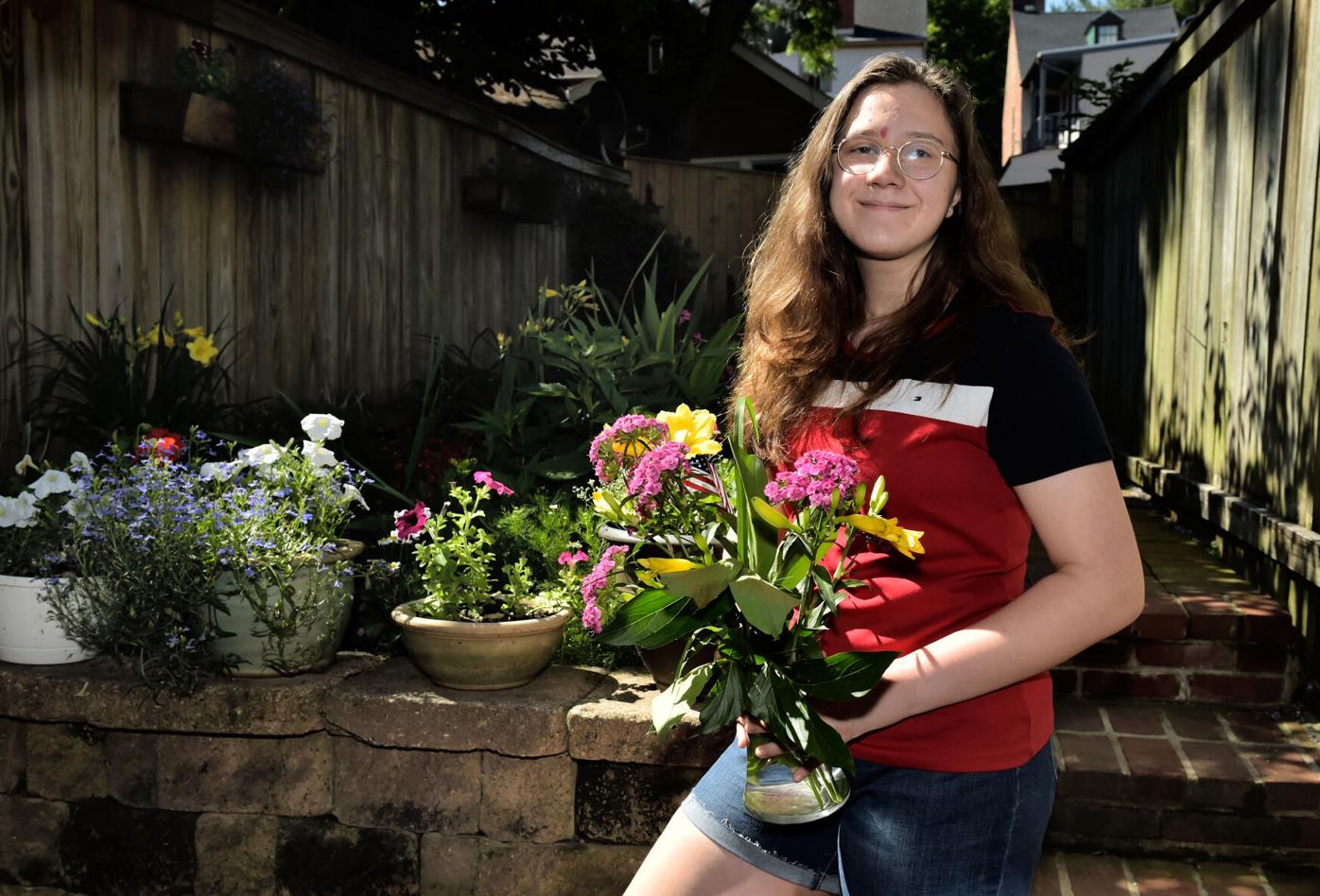 Amelia Argyropoulos researched whether plants grow better with mulch added to the soil. 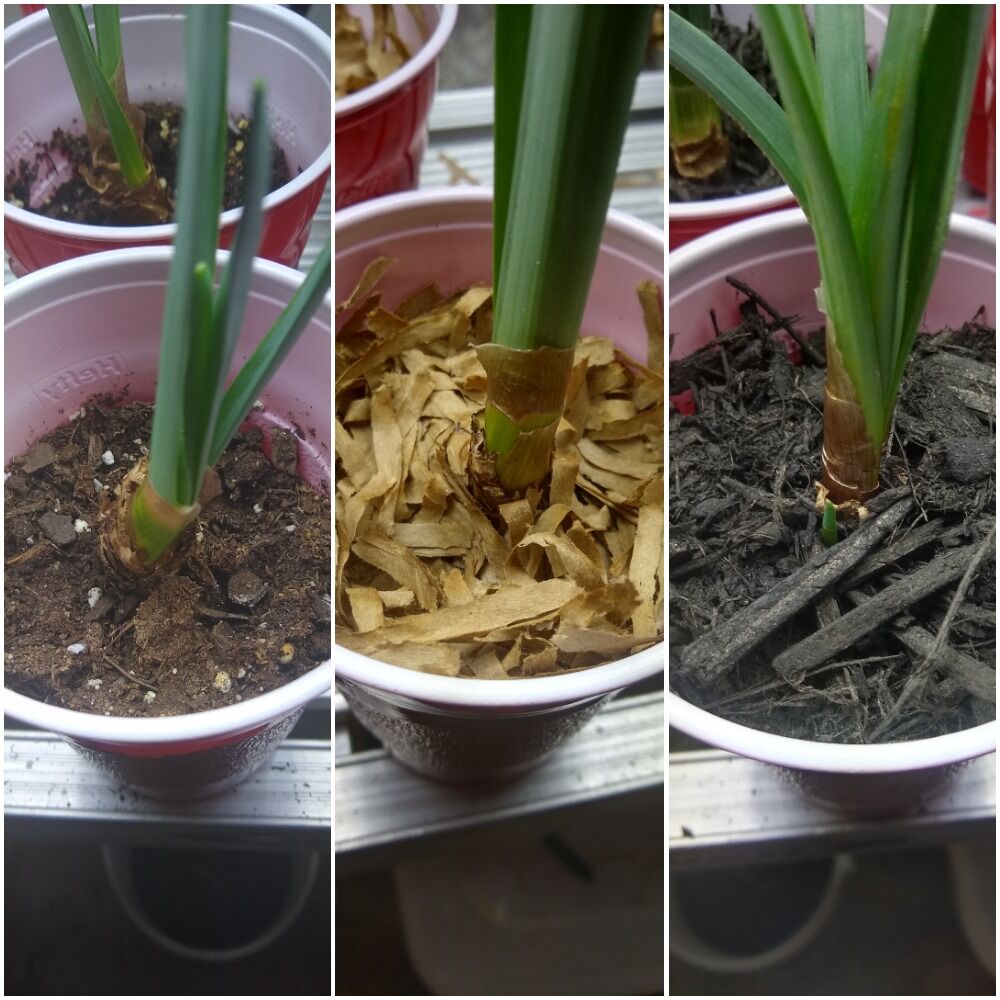 Adding mulch to your garden will keep back weeds and keep soil cooler even on the hottest days. But does mulch help plants grow better?

Amelia Argyropoulos of Lancaster looked into that question. She compared plants growing in commercial shredded wood mulch, homemade shredded paper mulch and no mulch. Her research won second place in the junior plant science division in the 2021 North Museum Science and Engineering Fair.

“A lot of people decide to use store-bought mulch instead of different types of mulch,” she says. “I wanted to do a project on it to be able to determine if it’s really better.”

“One is to conserve soil moisture, reduce weed pressure and hopefully add organic matter back into the soil as it decomposes,” Diffenderfer says.

For Amelia’s research, she narrowed down her mulches to a shredded wood mulch and a mulch made at home from shredded paper.

Seeing so much information online about commercially available mulch, Amelia expected that type of mulch to perform best, she wrote in her hypothesis.

She planted daffodil bulbs in soil with one inch of mulch on top. Her control group had no mulch. Amelia placed these under a grow light in the basement of her Lancaster city home, where she lives with her parents, Peter and Beata, and brother, Bartek.

She first focused on which mulch retained the most moisture. Too much moisture is not always better for plants, as she learned in the first week of the experiment. After adjusting the amount of water, she shifted to measure the growth of the plant.

Amelia measured plant growth by weighing the plant pots and their contents. Some of the bulbs had already sprouted before planting so she didn’t want to compare plant heights.

After a month, she looked at the data and made a conclusion.

“The homemade mulch ended up retaining the most moisture and helping grow the plants the most,” she says.

The wood mulch came in second. The control group grew the least, which did not come as a surprise.

“I knew one of the two mulches would obviously win the experiment,” Amelia says. “I didn’t think the control group was ever going to have a chance at it.”

After the experiment ended in January, the plants were taken outside, but most didn’t last much longer.

“It’s more effective, and it costs less money,” she says.

This Water Street park has a new rain garden; a free tour shows how it works [photos, video]

The new plants and rain gardens capture water at Culliton Park. Tours of the park are part of Lancaster Conservancy's Water Week.

Lancaster County beer festivals: What's happening in 2021, and what's not?

Some of Lancaster County's beer festivals are back in 2021.

Longwood Gardens' fountain shows are back, with soundtracks from hip hop to Dolly Parton

Longwood Gardens’ big fountain shows, including illuminated shows at night and shows with fireworks, are back.

LNP | LancasterOnline will share research about plants from winners in the 2021 North Museum Science and Engineering Fair in an occasional series. Follow along to grow a better garden and help your houseplants thrive.

Mulch is a good addition around both edible plants and ornamental plants to keep back weeds, retain soil moisture and moderate soil temperature.

The Celtic Fling and Highland Games return to Lancaster County this weekend, June 26 and 27, from 11 a.m. to 10 p.m. The event is located on t…

Outdoor DIY: Check out these 3 projects to stylize your patio for under $100

Summer weather has finally arrived, and that means the patio has emerged from its winter hibernation, once again reclaiming its rightful place…

You don’t need to invest in expensive products in order to protect, clean or display your fine art or antiques. Since we all have to watch our…

Tour 8 gardens in Marietta, including this one with buried treasure [photos]

Lancaster County fairs: What's happening in 2021 and what's not?

Here’s more about Lancaster County's seven fairs in 2021 after a year of cancellations.