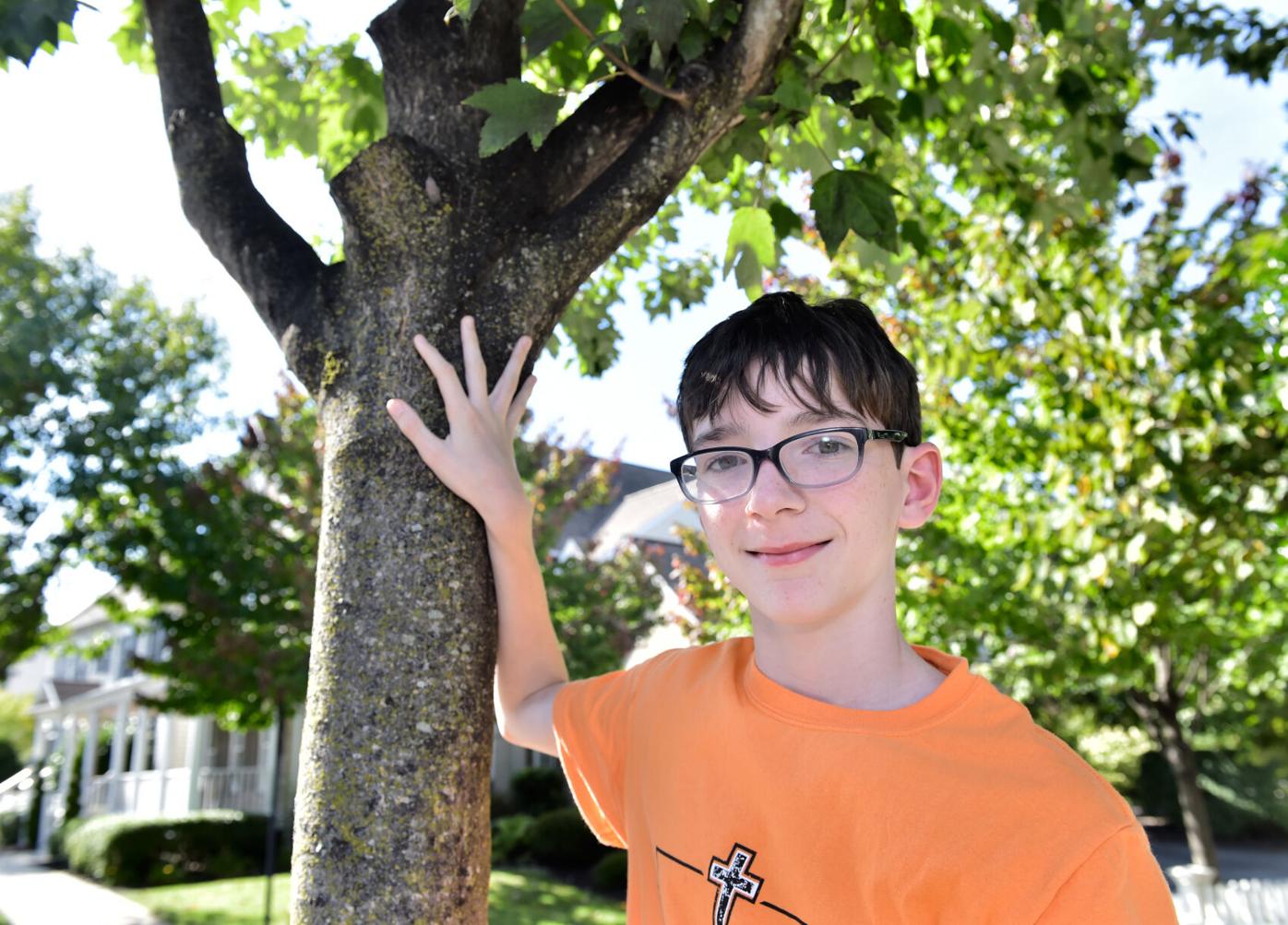 Kenny Box, 13, explored which chemicals will kill lanternflies while not hurting plants. 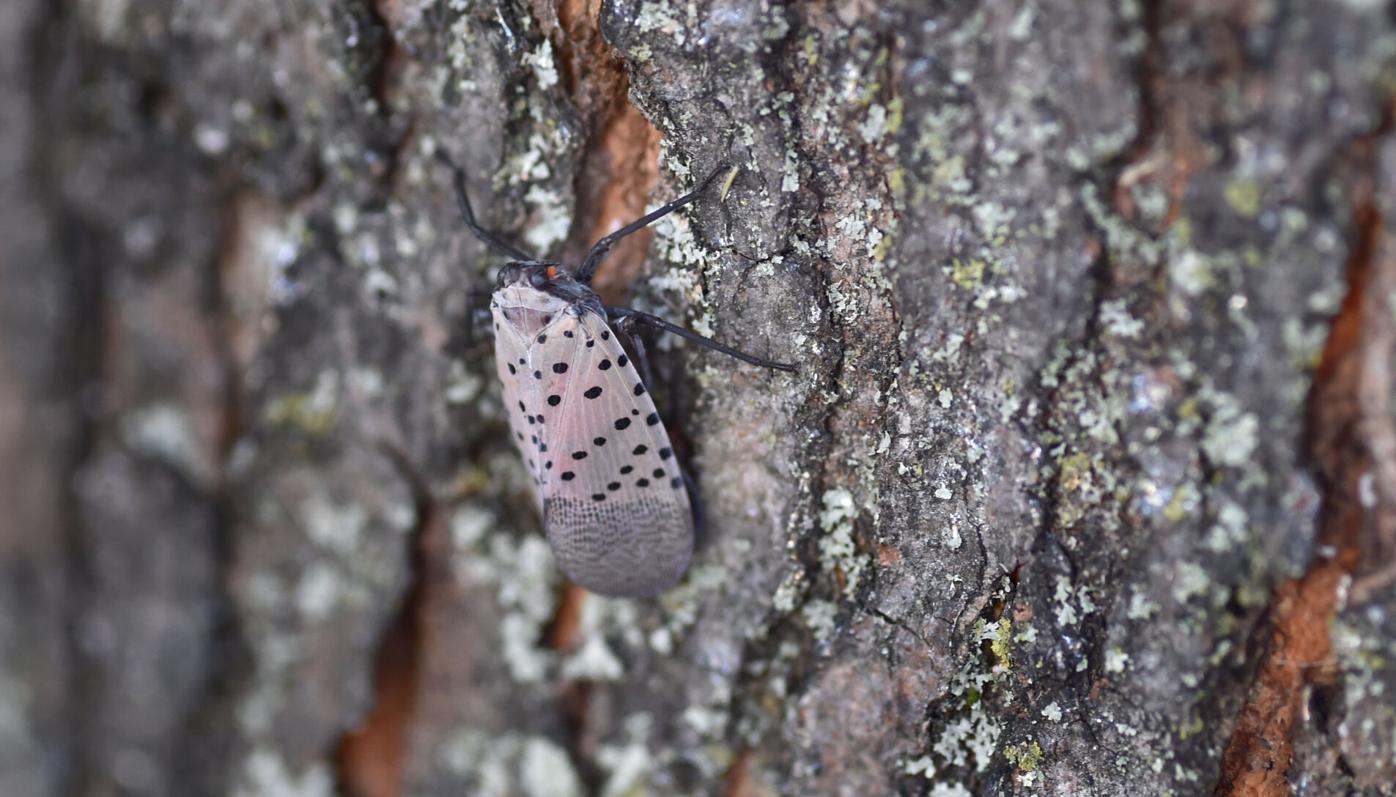 Kenny Box researched which chemicals will kill spotted lanternflies while not hurting plants. 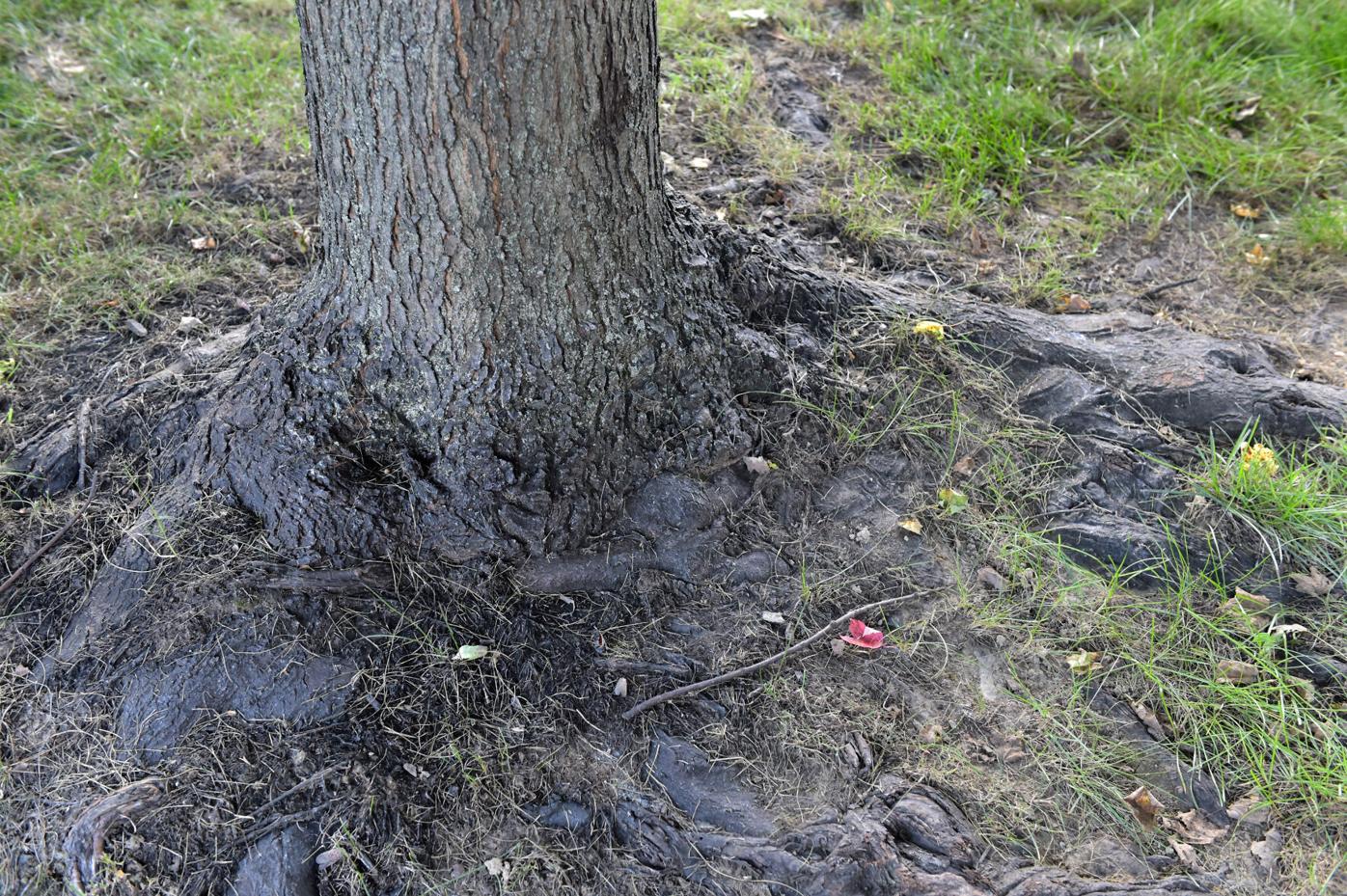 Spotted lanterflies excreted "honeydew" onto the base of a maple tree. The sticky substance was soon covered with sooty mold. 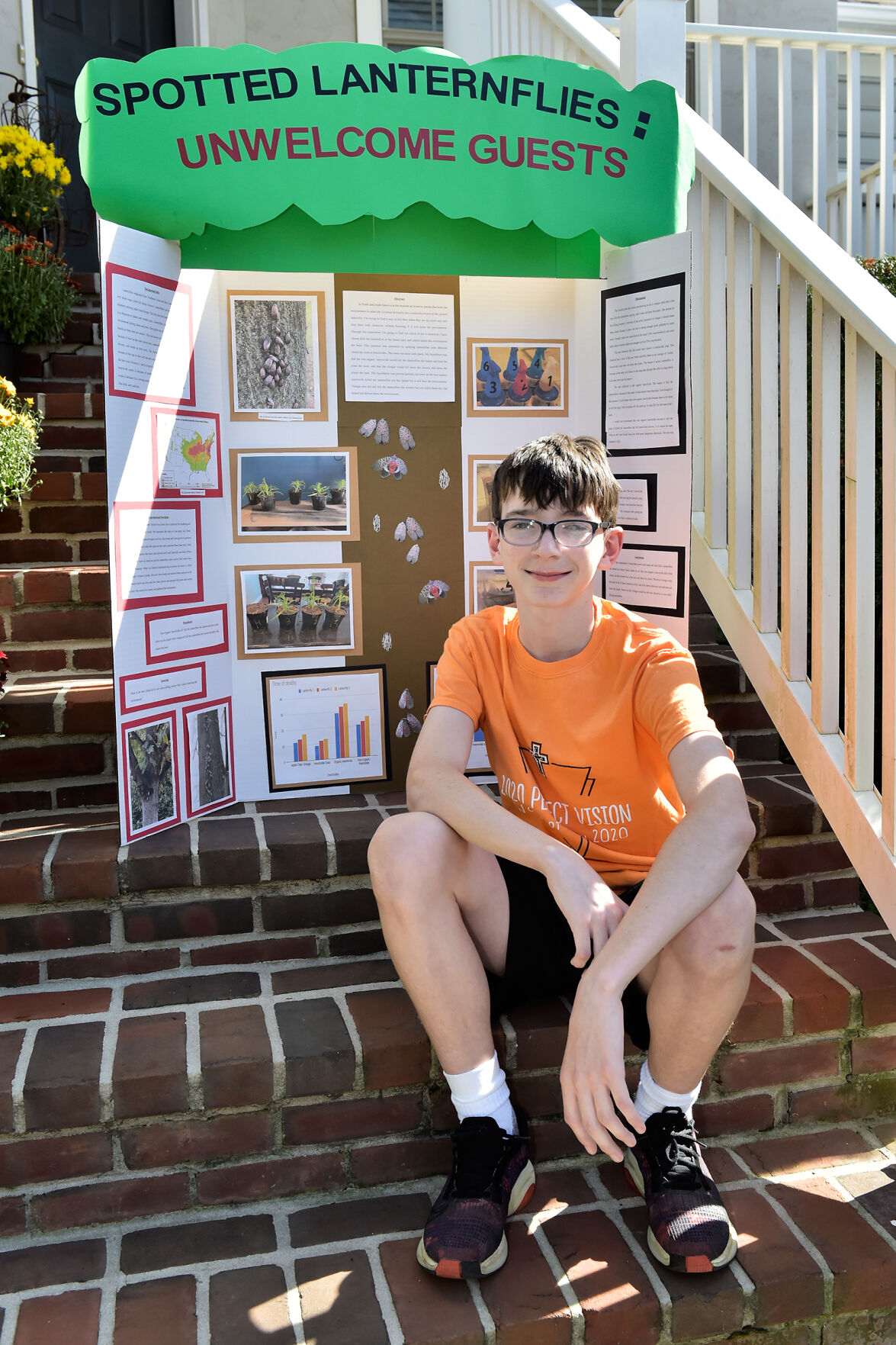 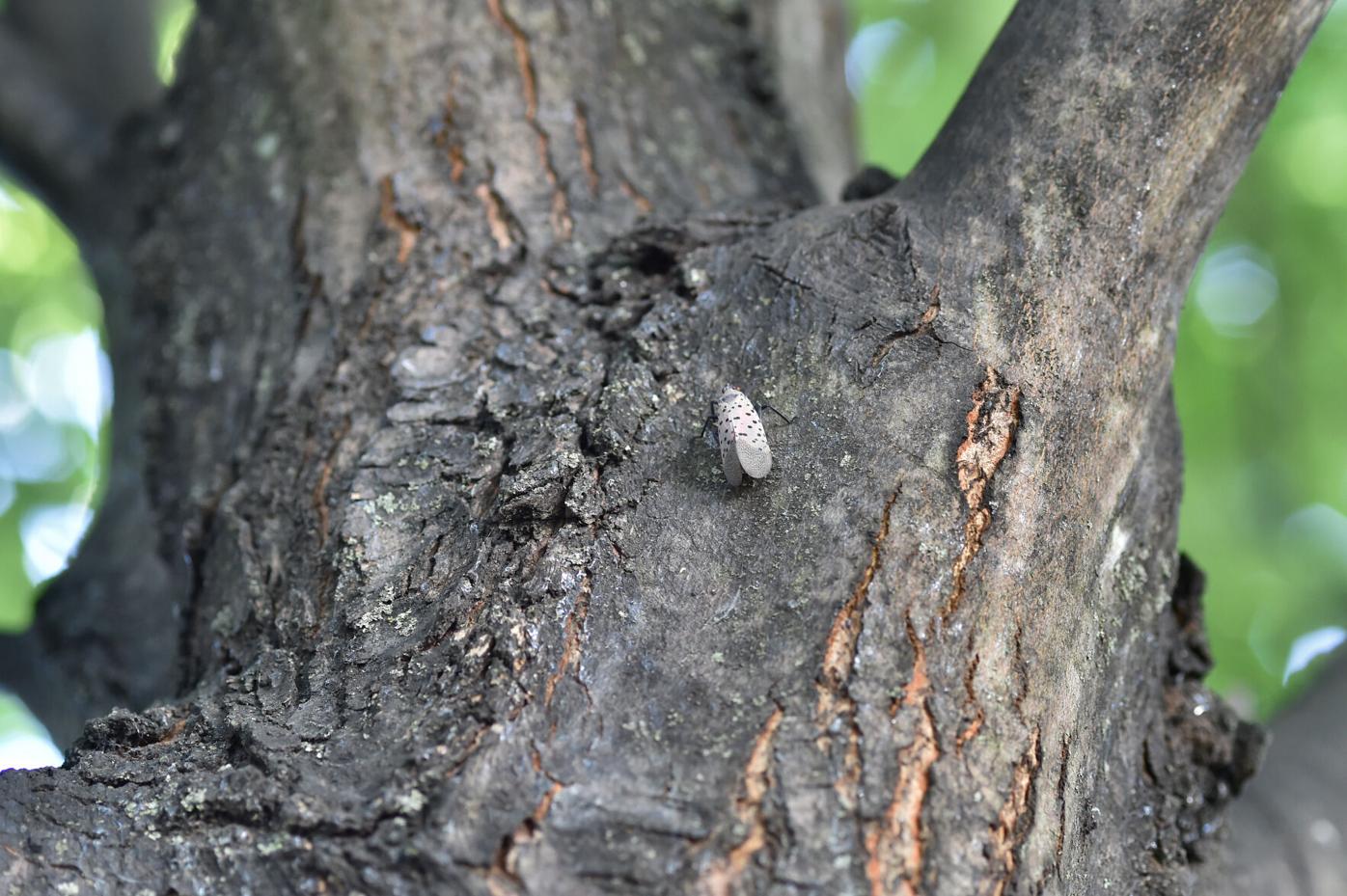 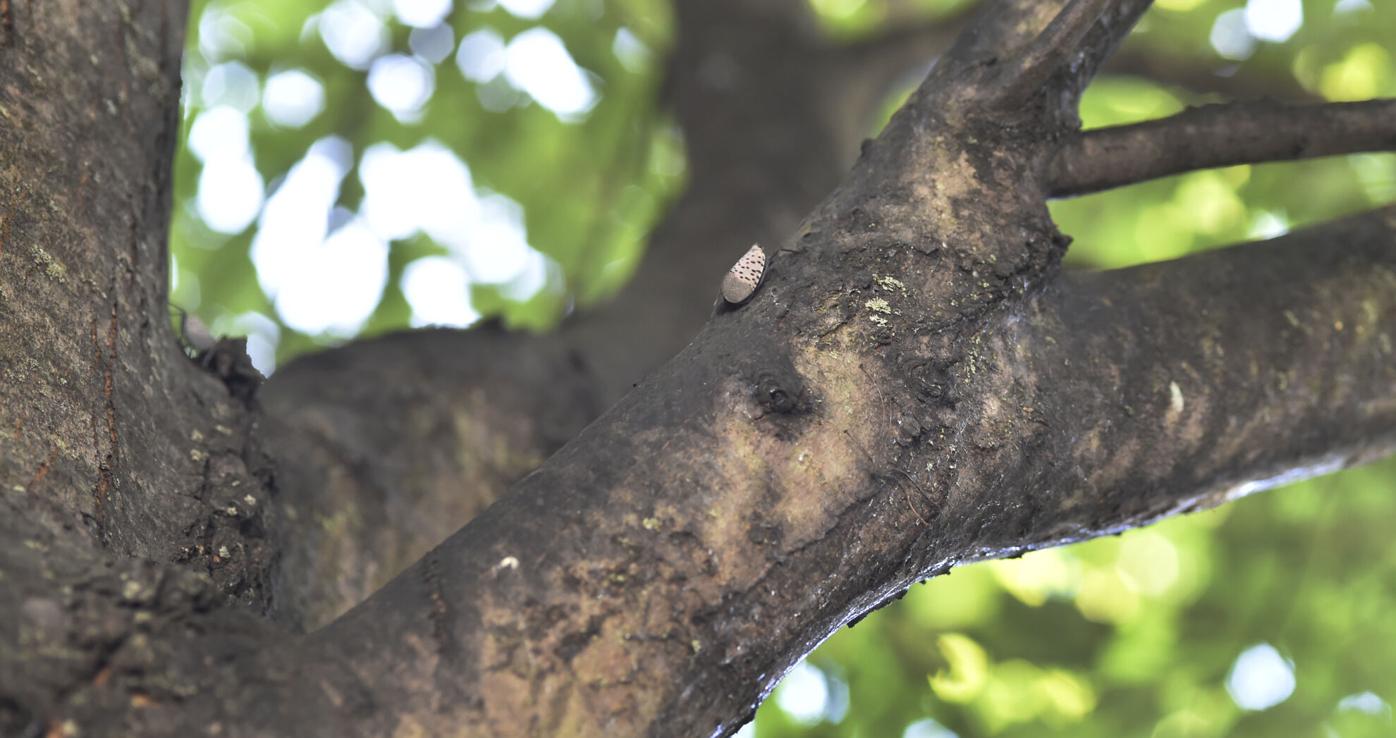 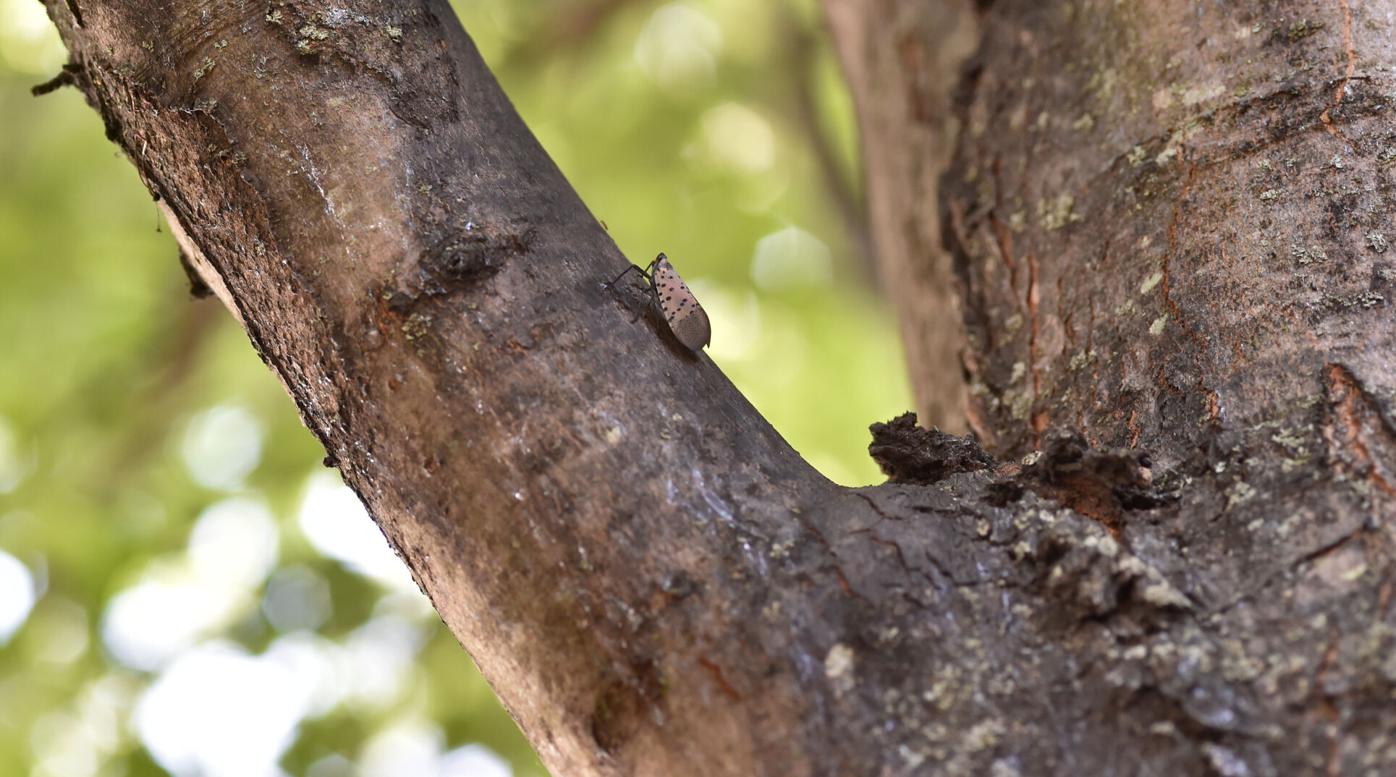 Kenny Box, 13, explored which chemicals will kill lanternflies while not hurting plants.

Kenny Box researched which chemicals will kill spotted lanternflies while not hurting plants.

Spotted lanterflies excreted "honeydew" onto the base of a maple tree. The sticky substance was soon covered with sooty mold.

When you see a spotted lanternfly, the advice is simple: kill it.

But what’s the best chemical to kill this invasive pest?

Kenny Box looked into just that. His research and project won first place in the life science category of the North Museum Science and Engineering Fair’s junior category. He discovered several options will kill lanternflies while not killing plants.

Kenny, 13 and now an eighth grader at St. John Neumann Catholic School, was drawn to lanternflies after discovering a winning science fair project about an insect trap. However, he didn’t want to get too close to the spotted lanternflies.

“I have a fear of bugs, so it’s like, I don’t want to actually squash them ’cause I’m scared to,” he says. “So I just wanted to do it from a farther distance. To do that, I had to not harm the environment at the same time.”

For his experiment, Kenny might have been one of the few people to capture lanternflies, not kill them.

He and his father, Rob, caught 30 lanternflies last fall, before temperatures dropped too low, killing the insects. They found most of them on a maple tree at their East Hempfield Township home. The Box family includes Kenny’s mom, Elaine, and siblings, Becky and Connor.

Before he started testing, Kenny hypothesized the nonorganic insecticide would kill the insects fastest but also kill surrounding plants.

He sprayed groups of spotted lanternflies with each chemical. He sprayed the same chemicals on ribbon dracaena plants over a month.

All of the chemicals killed the lanternflies.

Apple cider vinegar (7% strength) performed the best. It killed the lanternflies in the second-quickest amount of time.

“The vinegar didn’t kill the plants, and it’s the cheapest one,” he says.

The organic insecticide, neem oil, took the longest amount of time to kill the pests but still left the plant unharmed.

The nonorganic insecticide was the worst performer because it killed the plant as well as the lanternflies.

Stock up on vinegar.

In her science fair project, Annie Galen explored if there were natural deterrents for spotted lanternflies.

Spotted lanternflies are the worst, but they're the key to a rare, dark and smoky honey

Researchers have discovered one good thing from this bad bug.

What’s the status of spotted lanternflies in Lancaster County as the bugs start laying eggs?

Destructive, invasive spotted lanternflies should soon begin laying their eggs in the Lancas…

LNP | LancasterOnline will share research about plants and pests from winners in the 2021 North Museum Science and Engineering Fair in an occasional series. Follow along to grow a better garden.

How to kill spotted lanternflies

Spotted lanternflies can be controlled by scraping egg masses, trapping or stomping the insects and removing Tree of Heaven, a favored host tree.

If you want to use an insecticide, look for products registered with the Environmental Protection Agency, which have been tested for safety and efficacy. Recipes for homemade sprays may be harmful to the environment and plants.