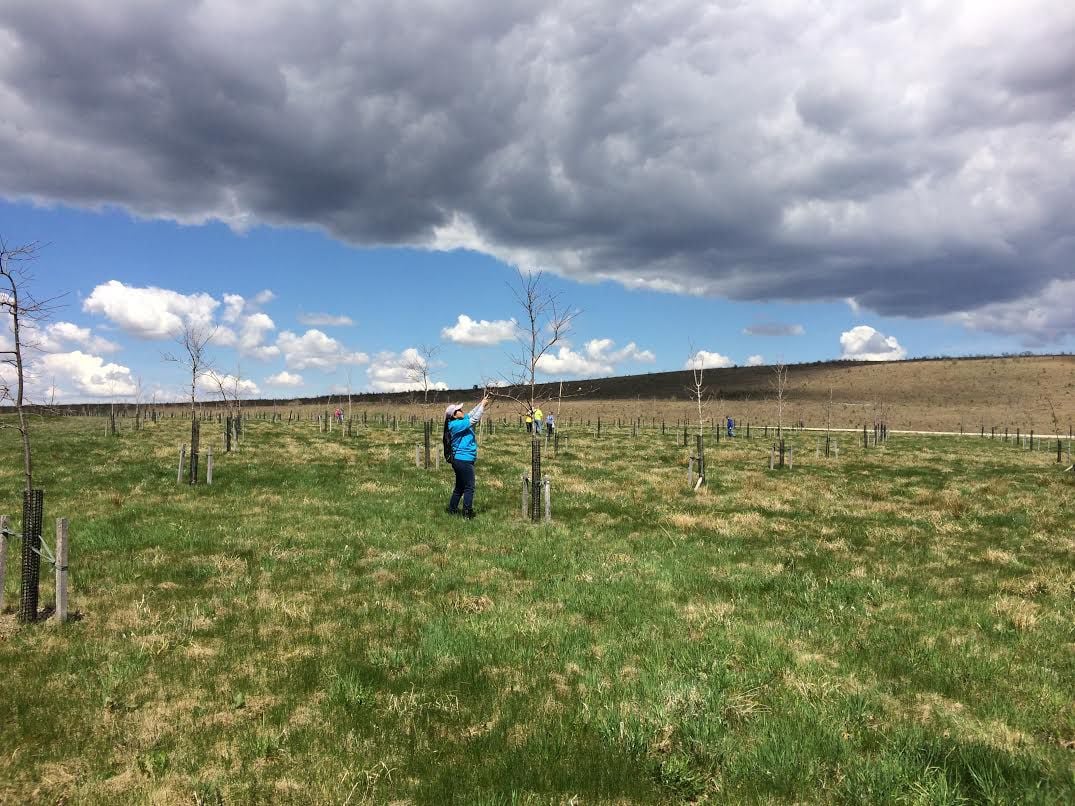 Forty groves of memorial trees were planted in 2012. Eventually the area will become a forest of maple, oak and elm trees. 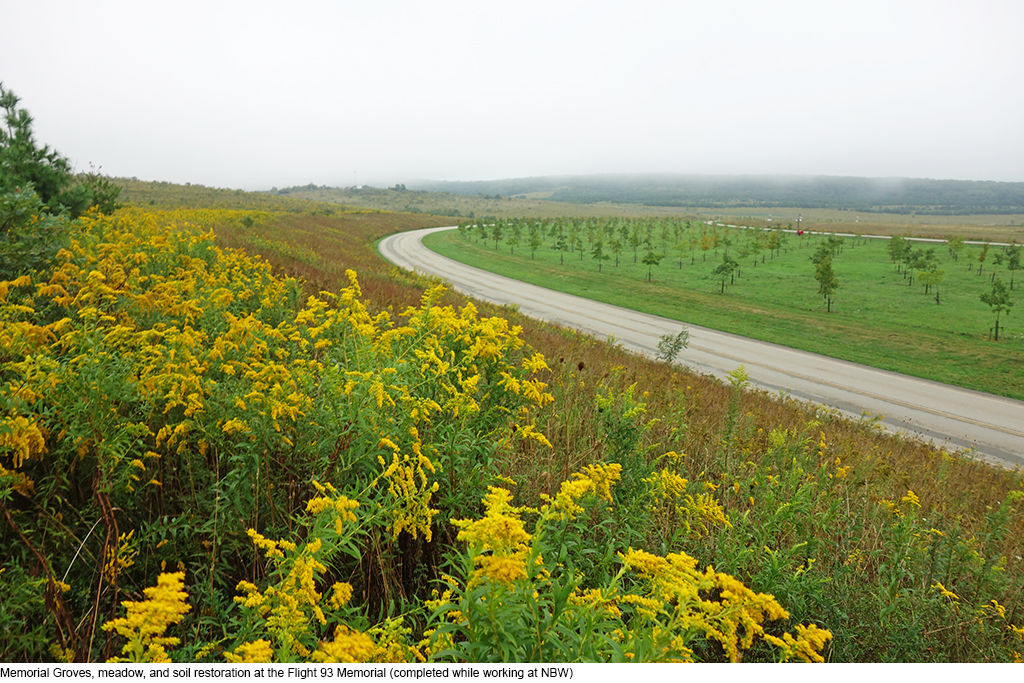 There are 40 trees in 40 groves at Flight 93 National Memorial, each one a living memorial to the 40 passengers and crew on the plane. 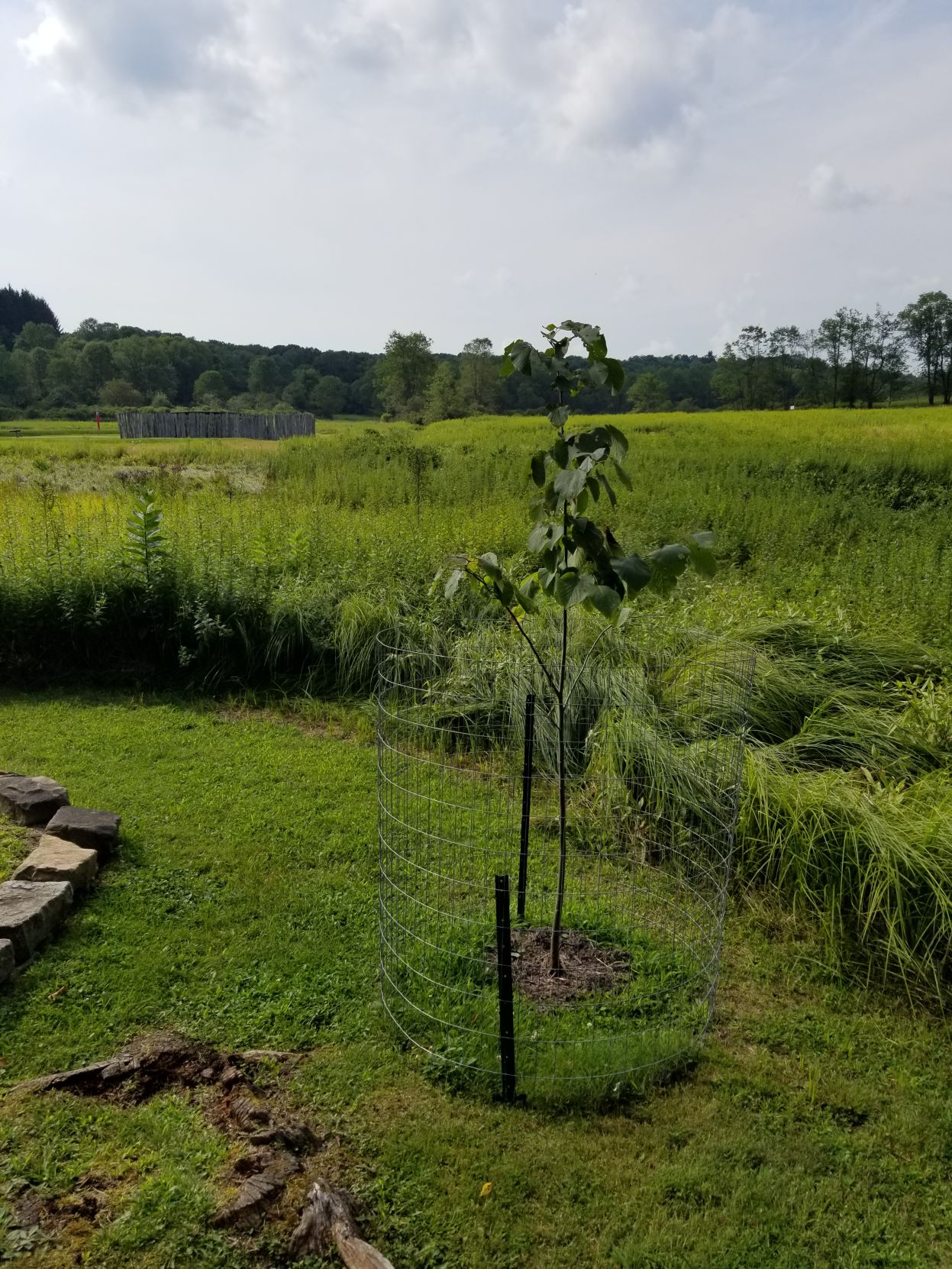 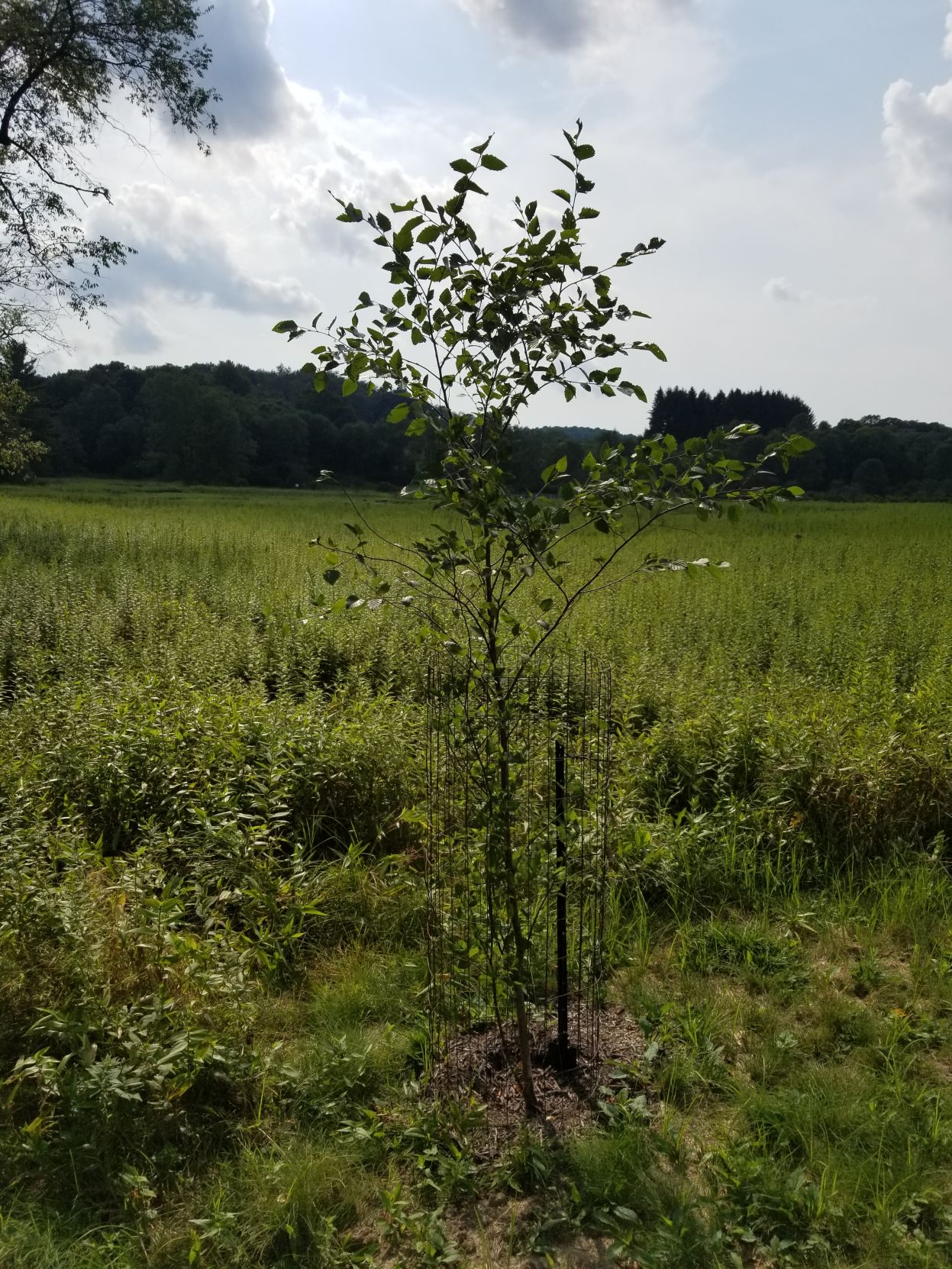 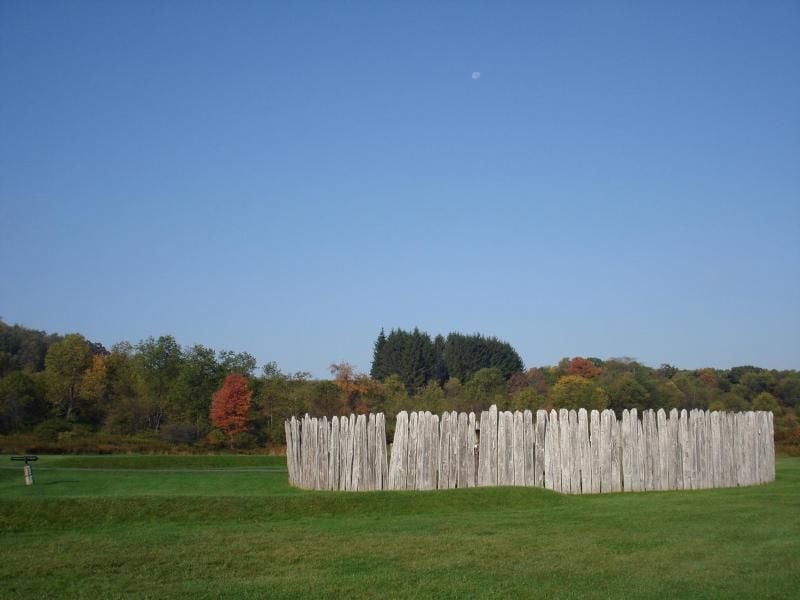 Fort Necessity and the Great Meadows

There are 40 trees in 40 groves at Flight 93 National Memorial, each one a living memorial to the 40 passengers and crew on the plane.

The native trees grown at Octorara Native Plant Nursery go on to thrive at farms and colleges, golf courses and parks throughout the Mid-Atlantic.

The trees are chosen for how they handle wet soil or prevent erosion more often than how they look or the fruit they bear.

A shipment, however, of 100 trees to the western part of Pennsylvania was a little different.

Half of the trees were chosen to tell the story of a bloody battle that started a war. The others were planted to help create a calm space to remember a group of strangers who decided to join together and fight back against hijackers on Sept. 11, 2001.

These trees grown at the nursery in Colerain Township were planted at Fort Necessity National Battlefield in Fayette County and Flight 93 National Memorial in Somerset County.

“There’s a sort of silent reverence knowing that our plants are out there,” says Jim MacKenzie, the company’s president. “It’s pretty special.”

The nursery grows and sells native trees and shrubs wholesale to customers in the Mid-Atlantic region and surrounding states. Landscapers and contractors buy trees such as red maple, black river birch and sycamores and shrubs like viburnum, chokeberry and winterberry. Trees and shrubs are grown in containers at the local site next to the Octorara Creek, plus at several satellite sites.

The plants are native, which means something different depending on who’s talking. For MacKenzie, in general, native plants are plants that grew in this area prior to European settlement.

Since Mark Gutshall founded the company in 1990, the nursery has sent plants to state and county parks along with a few national parks in the region.

As the Flight 93 National Memorial has grown, MacKenzie has been in contact with staff there about tree donations through the Pennsylvania Landscape and Nursery Association. Recently, the nursery had grown black oak trees for a customer, but the project fell through, leaving the nursery with the trees.

“They needed to find a home,” MacKenzie says. “I knew that it was part of the mix that they used at Flight 93.”

MacKenzie decided to donate the trees to the memorial.

The Flight 93 memorial park, near Shanksville, is the crash site of one of the planes hijacked on 9/11. There is a new visitor’s center and a marble wall engraved with the names of the plane’s 40 passengers and crew members. There are 40 trees in 40 groves, each one a living memorial to those who died when the plane crashed.

The groves were one way family members wanted to honor the memories of those who sacrificed their lives, according to MaryEllen Snyder, management assistant to the park superintendent of five national park properties in western Pennsylvania.

“One of the ways was to have a place that would be calming and respectful and help people have time to think about the impact of what happened there,” she says.

The 1,600 trees were planted in 2012. Some of the trees, however, didn’t survive and needed to be replaced.

The donated black oaks, which are in the white oak family, grow in upland areas such as northern and western Pennsylvania.

The tree’s name struck MacKenzie as the oaks were loaded into a truck in May for transport to the memorial.

“It was one of the blackest days in this country, that many people in this country will ever see, and yet an oak, a symbol of strength and endurance,” he says. “Oak is synonymous with Pennsylvania. It’s a hardwood species. It’s got resiliency. It’s an interesting combination of the two common names together.”

The memorial groves are growing and eventually will become a forest of maple, oak and elm trees.

The park will continue adding trees throughout the site to reforest the area. Last month, a groundbreaking was held to start construction of a tower of voices at the park. When finished in September 2018, it will be 93 feet tall with 40 wind chimes inside.

MacKenzie learned about another green project at nearby Fort Necessity.

The park is restoring the historic tree line where one of the first battles of the French and Indian War was fought. British, French and Native Americans fought there in 1754, near what is now Uniontown. 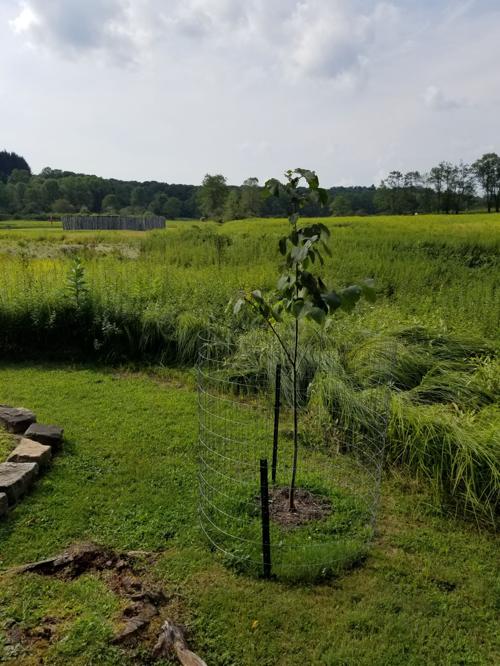 Washington stopped in Great Meadows there and set up camp while waiting for reinforcements. He saw a French scouting party and fortified his storehouse, making Fort Necessity.

The historic site now has a rebuilt fort and there are plans to restore the tree line around the meadow.

During the battle, French soldiers and their Native American allies hid behind the big old-growth trees. Staff have put up signs marking the tree line, but it’s still difficult for visitors to visualize the battle, Snyder says.

A pollen study helped the park discover what kinds of trees surrounded the meadow in the 18th century before it became farmland.

The trees were planted in May and June. Aside from some damage from deer and Japanese beetles, the trees look good, Snyder says. They’re small, but they’re already helping visitors visualize the battle.

“They’re probably one of the key factors to help people understand what happened during the battle,” she says.