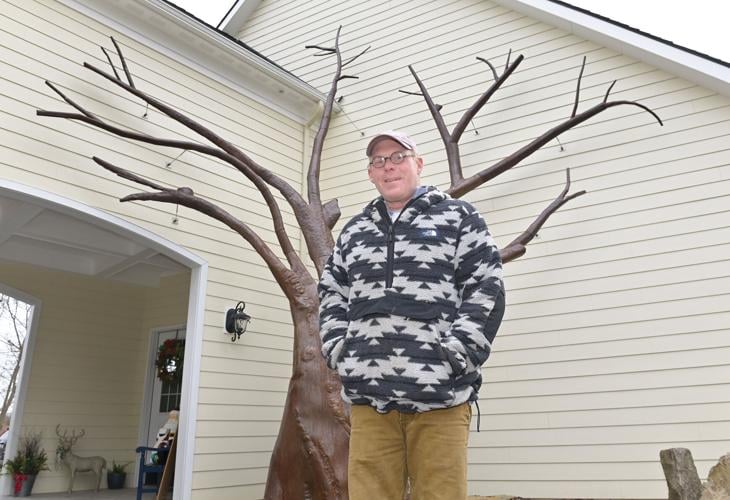 Matt Otto is pictured in front of a metal tree that he produced for a client in need of hiding an air conditioning unit on Thursday, Jan., 6, 2022. 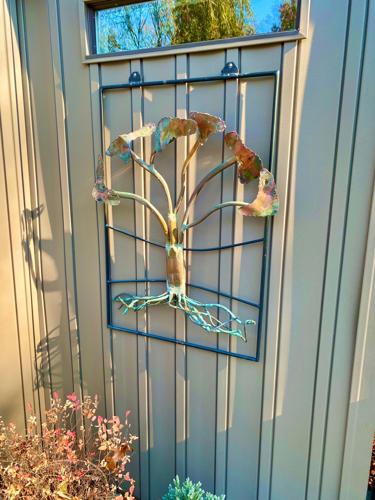 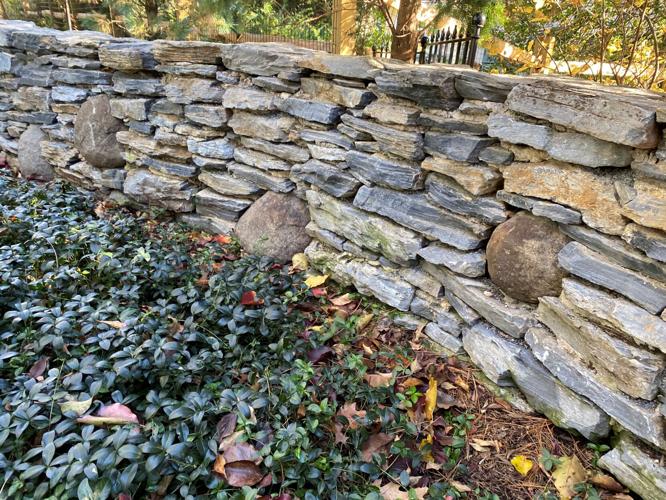 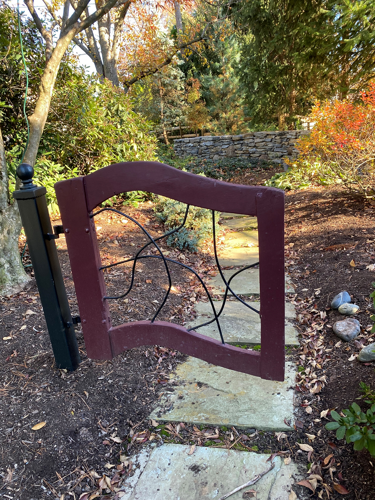 Matt Otto is pictured in front of a metal tree that he produced for a client in need of hiding an air conditioning unit on Thursday, Jan., 6, 2022.

Steel branches the color of ground coffee stretch to the sky; metal leaves sparkle like jewels in the sun; stone pillars stand at attention; an undulating landscape supports native plants and grasses in a front yard. These are a few examples of Matt Otto’s talents making the world more beautiful one property at a time.

As owner and creator of Lancaster-based Copper Beech Designs — named for his favorite tree — Otto works with different metals, stone, wood and plants to create aesthetically appealing “mini ecosystems” for his clients. Much of the material is reclaimed. Otto is keen on rescuing stone and castoffs from scrap yards and transforming them into works of art.

“I buy barn foundations and repurpose them,” Otto says. He is in contact with demolition companies and sometimes farmers call him when their barn is coming down. “Chestnut beams, hemlock siding and corrugated roofs are also hot items, but I’m after the stone,” he said.

While many of his landscape projects utilize native species, he admitted that “sometimes you have to jump ship if you want the right look” and go with non-native plants.

Evolution of an artist

Born in Hummelstown, Otto and his family moved to Lancaster in 1976, when he was 6 years old. The family attributes the artistic flair of Otto and his sister (an interior designer in Camden, Maine) to their mother. Otto studied architecture in college — for a single semester. He switched to horticulture, then landscape design, providing a well-rounded background for his current work.

“I do a bit of everything — except electrical and plumbing,” he says.

Otto started Copper Beech Designs in 2001 and began sculpture and carving in earnest in 2005.

Otto’s work graces sites in New Jersey, Delaware, Maryland and Pennsylvania. One of his first trees was for a client on Blossom Hill in Neffsville. He got the copper from scrap yards and used a torch to “get the funky colors.”

Otto says he is self-taught.

“I picked up the tools and quickly found out what I did wrong,” he says with a chuckle.

Otto also worked on a neighbor’s rise-and-fall landscaping, providing both privacy and a view. It’s taken 15 years for the plants and trees to fill in.

“It’s a slow evolution to get the results we wanted,” he says.

“Chipmunks are devastating to stone walls,” Otto says. They tunnel behind the stones, causing it to crumble and disintegrate over time. “Now we use fabric under the wall as a barrier with clean gravel behind it,” which the rodents don’t like to disturb, and it lets the rain water pass.

One of Otto’s many hardscape projects is an Old World-charm dry stack wall at his parents’ home off East Roseville Road, integrating round iron stones for dramatic accents among the horizontal stones. He says it was inspired by the work of renowned British sculptor Andy Goldsworthy, who’s known for making site-specific sculptures in both natural and urban settings.

To work with stone effectively, Otto has developed a deep knowledge of its origins, makeup and fragility.

“You have to be so careful working with stone,” he says, speaking from experience. A 10-foot slab of sandstone can be your next project one minute, and slip off a fork lift the next, becoming fodder for much smaller projects.

Otto uses a “transparent barn,” a dilapidated structure located in Rothsville, to house stones awaiting their next life. They come from Pennsylvania and surrounding states.

He speaks of certain pieces like long lost relatives. There’s granite that used to be curbing from the capitol building in Harrisburg, useful for benches and outdoor kitchens. There’s flagstone from a log cabin built in the 1700s in northern Lebanon County piled next to cornerstones and schist stones. He says well caps — large circular or rectangle slabs often with a hole cut in the middle—can fetch about $7,000 in the New England market.

Pointing to a pallet of sandstone, Otto says that more pebbles means it’s indigenous to this area; north of Brickerville it’s cleaner with no pebbles, making it more desirable to work with.

One time he bought a few tons of stone, some of which had been scorched during a barn fire, weakening it. Otto says he buries weak stone, and over time it draws moisture from the soil, becoming more workable.

“Greenstone is excavated out of the soil—that’s ideal,” he says.

While Otto’s stone work is rock solid, his metal creations are also remarkable. One of his proudest achievements is a recent 28-foot tall tree, created in sections, for a client on Valley Road in Neffsville.

Dustin Carl, a York business owner, and his wife, Victoria, wanted something to fill a large void next to the breezeway at their home. They considered planters for the space, but fortunately someone recommended Copper Beech Designs.

After meeting with the Carls and observing the space, Otto texted them a sketch of his vision — a tree with bare branches reaching up past the roofline.

For the unique piece to fill the wall space and be visually interesting from the backyard, it was made lifesize.

“It had to be on scale,” Otto says. “This tree is in proportion to the space — and it’s low maintenance.”

Made from 5-by-10-foot sheets of Corten steel, Otto worked with a couple other craftsmen to get the right look. For instance, a welder heated it with a torch, while Otto and his son beat it and shaped it.

“They would fabricate pieces, bring it over, then back to the shop” for fine tuning, says Dustin. “They even worked with our AC guy to make sure it would work with the tree in front of the unit.”

Corten steel is a combination of alloys that makes it lightweight with high structural strength, and it weathers well. Otto used vinegar on the metal to create different colored patina then shellacked it to hold the rich hue they wanted.

The mighty tree is bolted to a 2,000-pound concrete pad underground and is attached to the walls around it. Otto added gigantic rocks from the property at the base for visual interest. It took 300 to 400 hours with different workers to achieve this hardscape masterpiece.

“With art sometimes, it is hard to let go if you do not have a creative mind,” Victoria says of her initial hesitation. “The art morphed significantly from the original texted picture and the final product, but we couldn’t be happier with it.”

“It turned out better than we imagined,” Dustin added.

Have the Japanese barberry and Callery pear in your yard? Here's what you should do [Master Gardener column]

Pennsylvania garden and home shows: What's happening in 2022 and what's not?

Here’s more about garden and home shows in and around Lancaster County.

Antique toolbox: Can you guess the identity of this month's mystery tool?

Do you know what this mystery tool, from the collection of the Landis Valley Village and Farm Museum, was used for?