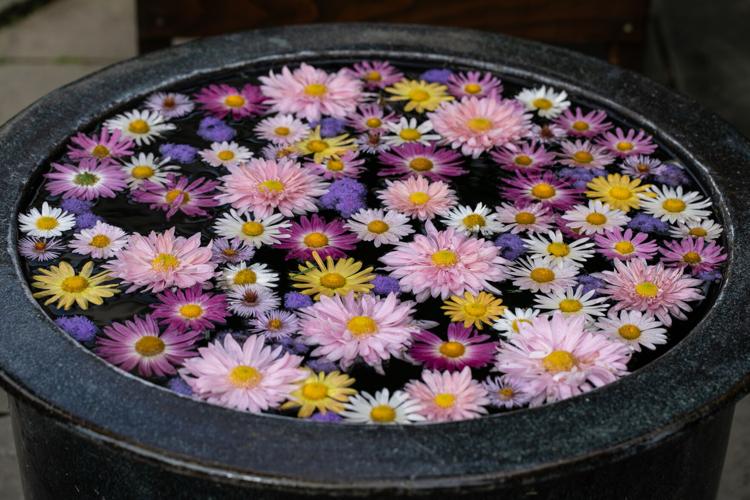 Here are five takeaways from the experts at the Perennial Plant Association’s national symposium, including making floating flower bowls. 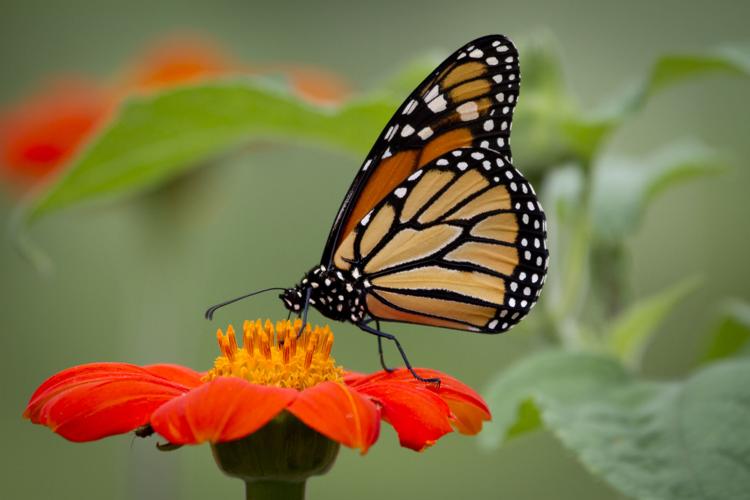 Monarch butterflies are beautiful; they’re pollinators and they’re in peril. Planting flowers like Mexican sunflower will help attract and feed them. 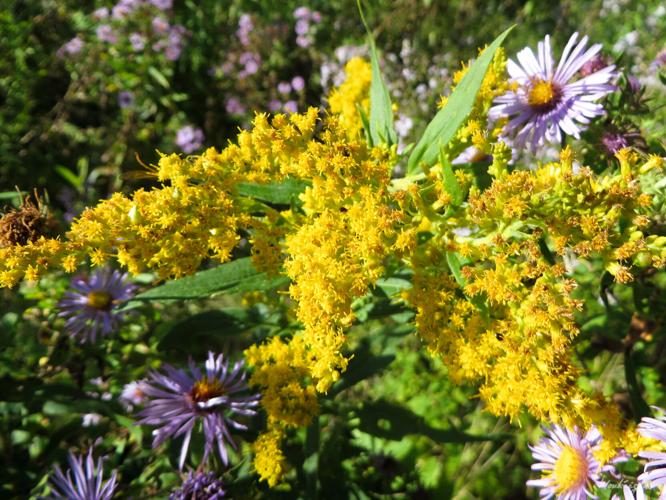 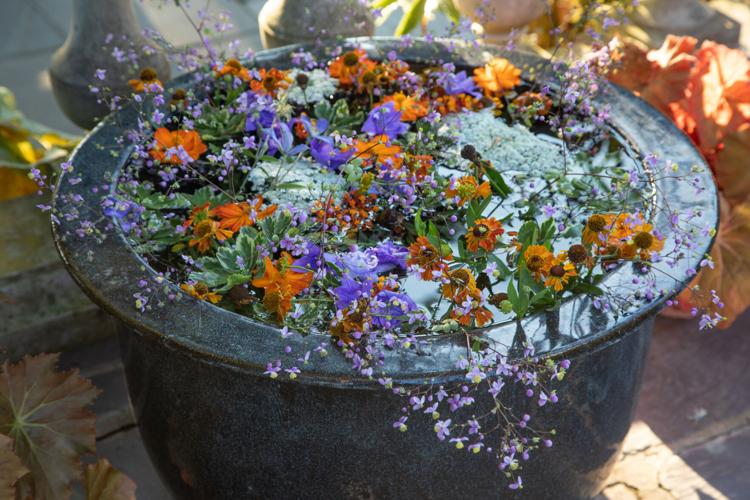 Floating flower bowls are a fun study in form plus a snapshot of what’s happening in the garden that day. 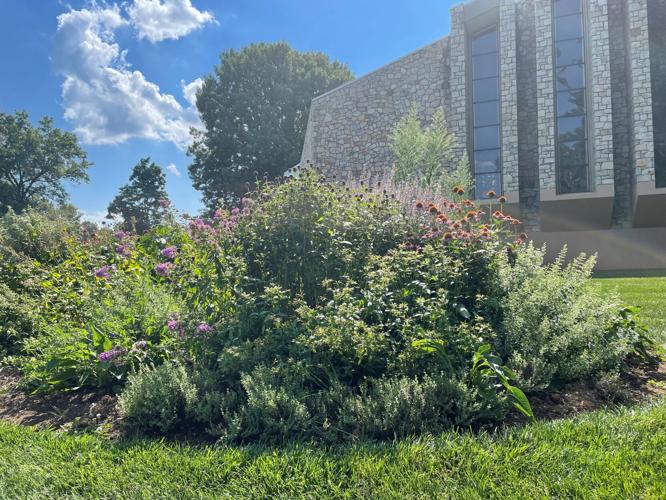 The Perennial Plant Association hosted a pop-up event in September, which included a planting session at St. Paul Evangelical Lutheran Church in Lititz. 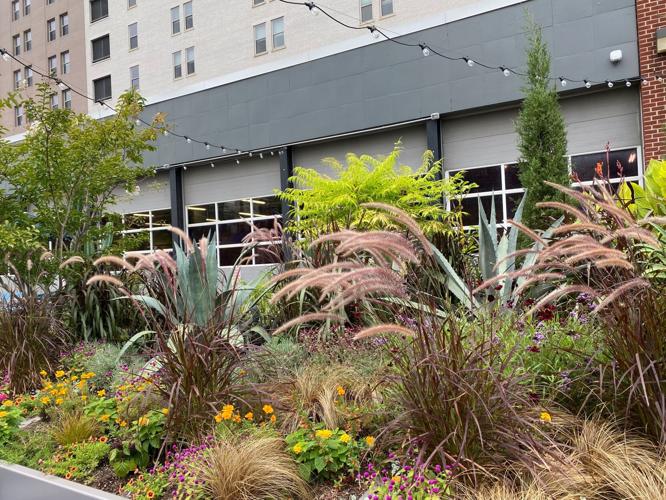 The new gateway garden at Drexel University has a wide range of plants. Similar succulents like agave and ephorbia at the society's Meadowbrook Farm survive Philadelphia’s winters with protection from inverted plastic trash cans weighed down with bricks.

For perennials, the first year, they sleep. The second year they creep and the third year they leap.

That span covers the amount of time that’s passed for the Perennial Plant Association’s national symposium to come to Lancaster County. Originally planned for August 2020, this week, the show brought about 500 plant people to the Lancaster County Convention Center plus area gardens and greenhouses.

They’re digging in deep about perennials, plants that live for several growing seasons. While much of the plant material may die back in cold weather, perennials grow year after year.

Annuals, on the other hand, complete their life cycle in one growing season.

Here are five takeaways from the experts.

To support pollinators, we need more flowers, especially in urban and suburban areas. But which plants do pollinators prefer?

Emily Erickson spent more than two years exploring that as part of her graduate research, most recently at Tufts University. Her results were complex but she shared some of her findings.

Gardens with a diversity of plants attract a wide range of pollinator species and strengthen against stresses such as species loss.

Most of the perennial plants studied supported many bee species, including rare ones. Annuals attracted only a few different bees.

Erickson joked that she spent four years to do the work summarized in two slides of her presentation. She measured things like flower size, color, scent compounds, nectar volume and nutrition to discover no single trait predicted which plant would be the most popular. However, taller cultivars attracted larger bees as well as smaller ones, perhaps because they are more visible.

Other research suggests pollinators prefer dense flower patches. Also, in a pollinator garden, don’t have too many double flowers, she says. The extra petals keep pollinators away.

Container arrangements don’t have to be permanent to make a moment, he says. Floating flower bowls are bowls filled with water and plants. The inspiration comes from what’s in bloom daily throughout the garden where he is a horticulturalist.

They’re a fun study in form plus a snapshot of what’s happening in the garden that day, Mattern says.

Perennials can be hardy even in the most challenging space. One of Pennsylvania Horticultural Society’s dozens of green spaces is surrounded by traffic and busy roads. A mix of grasses and amsonia holds up to the hot pavement and road salt, says Andrew Bunting, vice president of horticulture.

The new gateway garden at Drexel University has a wider range of plants. Similar succulents like agave and ephorbia at the society's Meadowbrook Farm survive Philadelphia’s winters with protection from inverted plastic trash cans weighed down with bricks.

The Perennial Plant Association hosted a pop-up event in September, which included a planting session at St. Paul Evangelical Lutheran Church in Lititz. The garden is part of Brie Arthur’s foodscape revolution with perennials in the center surrounded by edibles.

The garden started with a border of onions, garlic, mustard and arugula to keep animals from eating everything. Barley, daikon, buckwheat and crimson clover seed in between was meant to beat the weeds in the spring.

During the symposium, the perennials in the garden (seen from the South Walnut Street side of the church) were thriving and attracting lots of pollinators.

The symposium sent people on tours to gardens and greenhouses throughout the region. Some of the local sites are tour-ready and at least one was planning to be open to the public once the big show’s over. We’ll share more details when they are available.

Canada goldenrod brightens landscapes with its yellow flowers that also attract bees. However, it’s one of the tallest goldenrod, sometimes reaching 7 feet high.

A client of Larry Weaner thought this plant was too tall. Instead of replacing the entire meadow or part of it, he came up with another solution. Mowing select areas of the goldenrod and aster in June allowed them to grow shorter, flanked by the taller plants.

The area now has the demure look the client wanted, says Weaner, who heads a landscape firm in Glenside. The mowed areas should also lead to more plant diversity as other plants have the chance to grow.

Here’s a roundup of garden events in the Lancaster County region this August.

Monarch butterflies are endangered; Here's how you can save them

Monarch populations have dropped over the past two decades. Here are ways you can help them.

Lawn care can be a controversial topic.

Over the course of her short life, Princess Diana (born Diana Spencer), 1961-1997, inspired the production and manufacture of many works of a…

Where to find 8 sunflower fields in the Lancaster County region

Here are a few farms in the Lancaster County region where you can step into a field of gold.