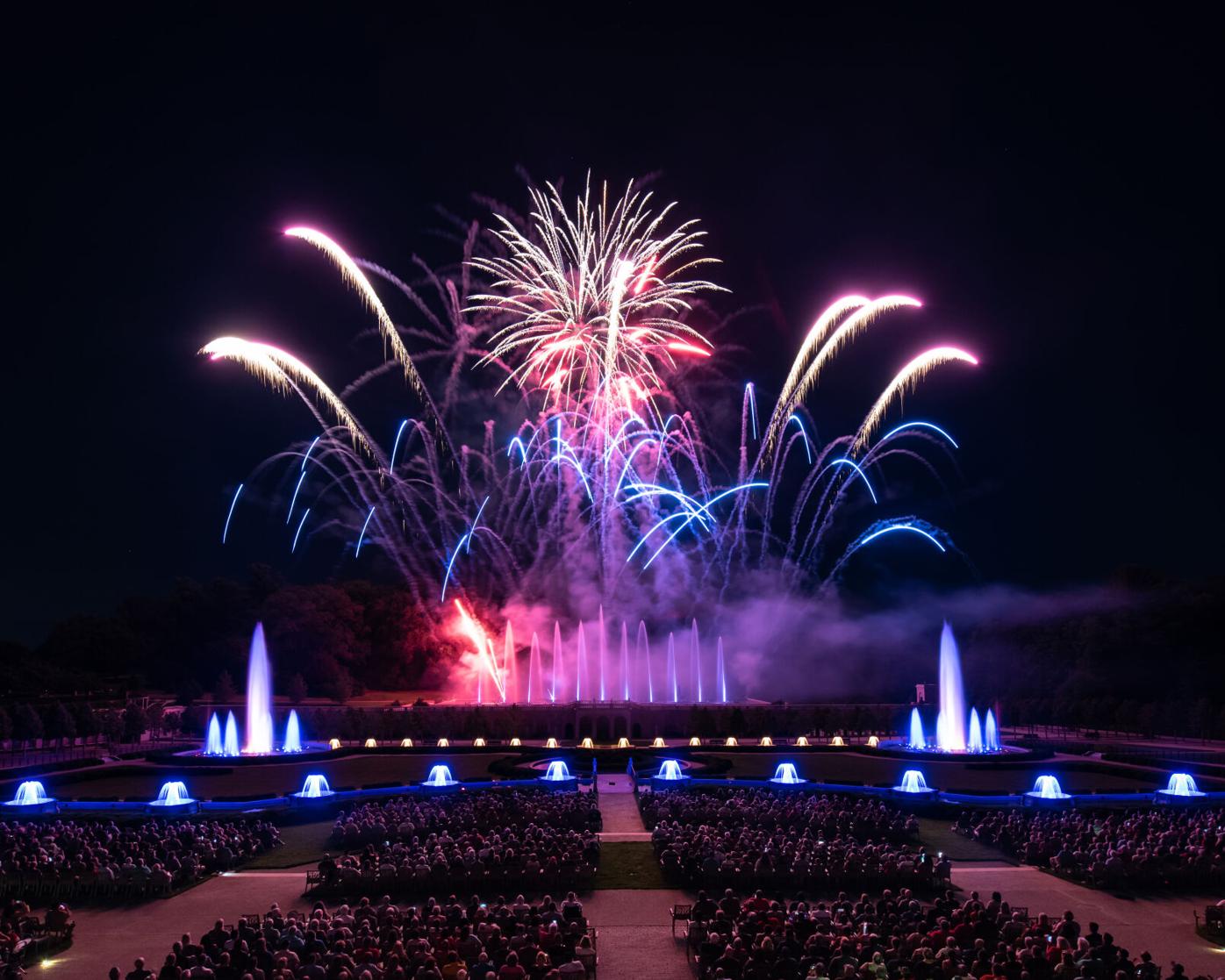 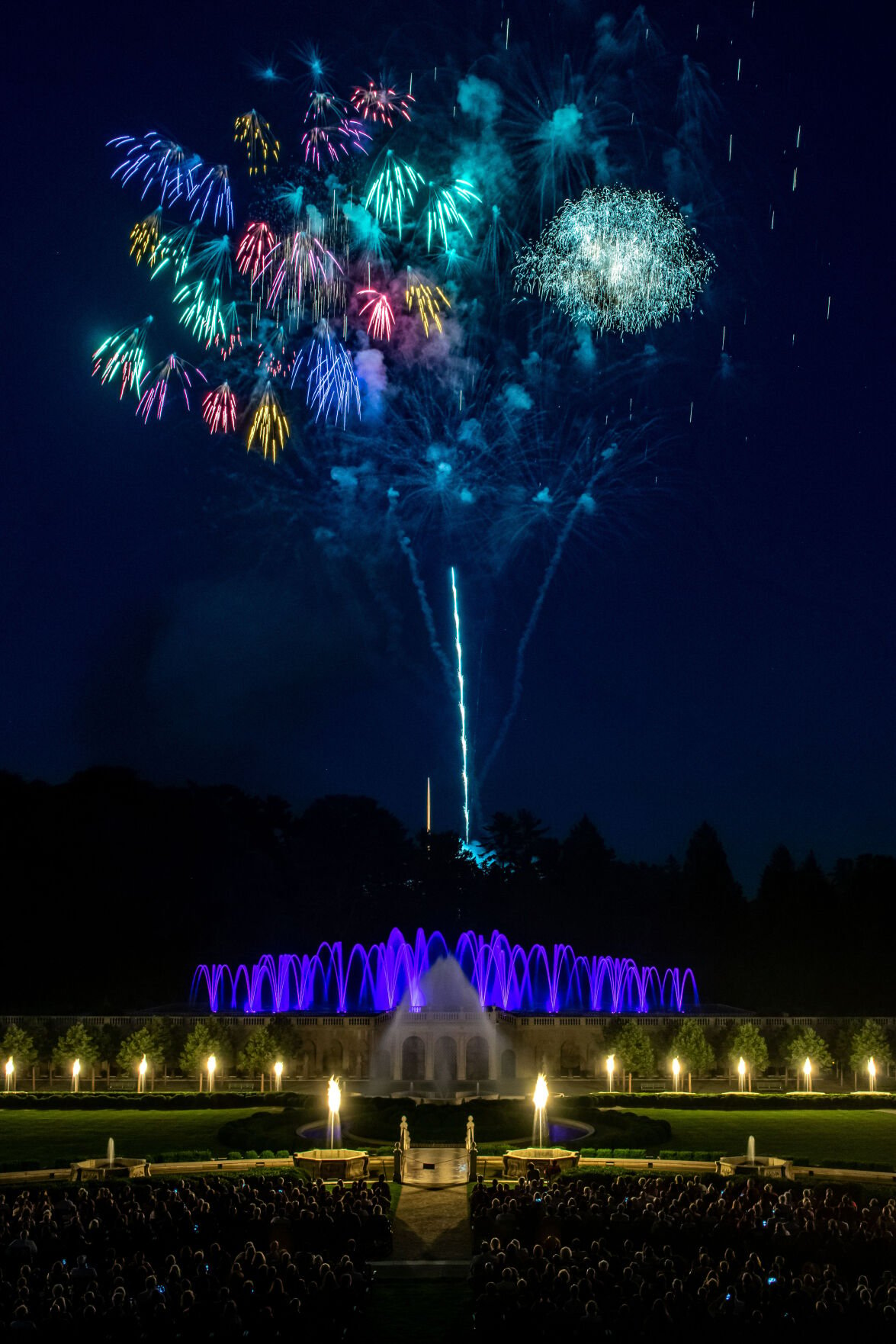 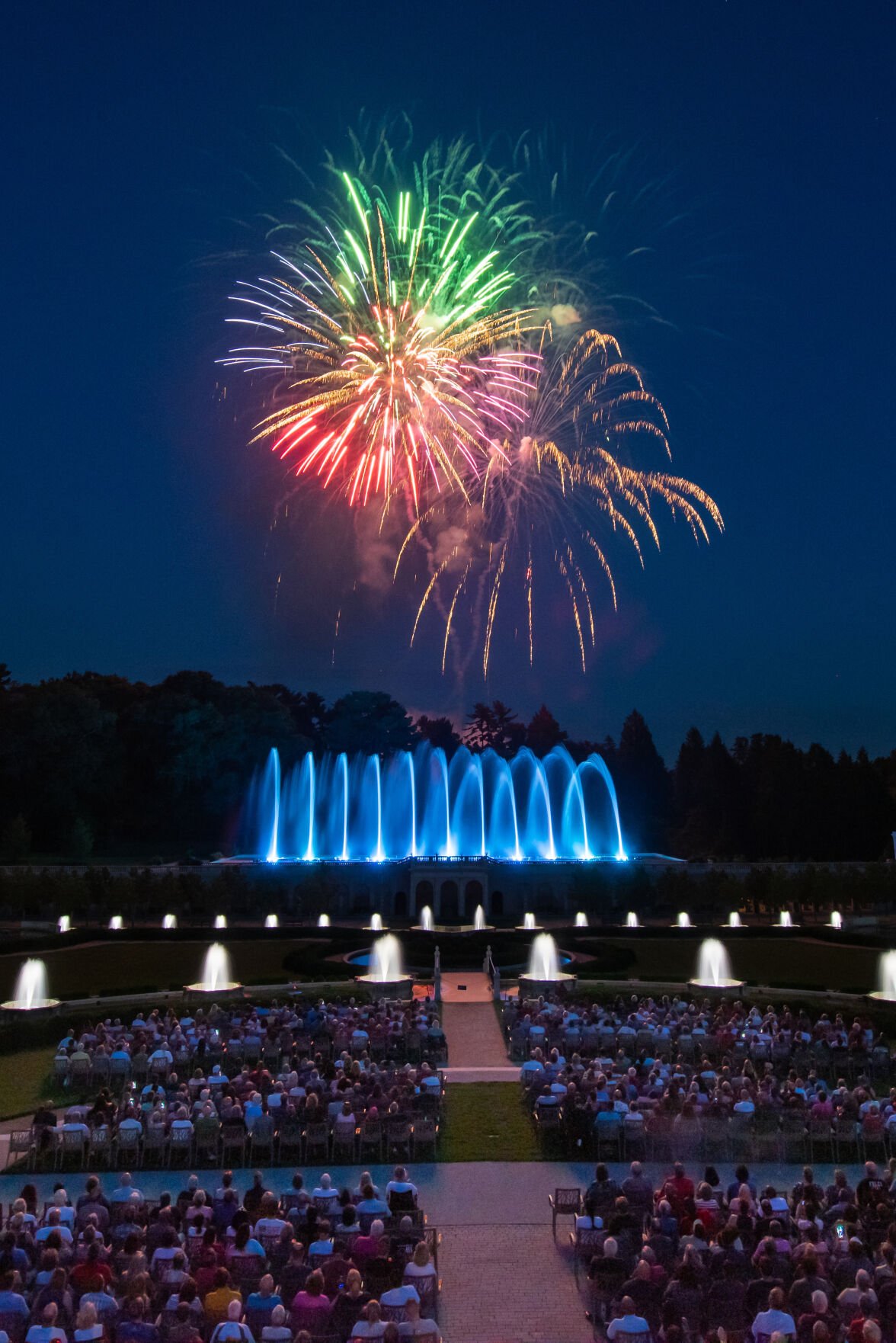 This Juneteenth, there’s a new show that’s a tribute to the end of slavery in the U.S.

The producers picked a playlist of songs to fit the themes of freedom, hope and strength.

They choreographed the music with 1,700 fountain jets and lights with infinite color combinations.

The show tackles all of this in about 30 minutes, ending with Beyoncé belting “Lift Every Voice and Sing.”

Longwood Gardens’ big fountain shows, including illuminated shows at night and shows with fireworks, are back after a year break because of the pandemic. The traditional Independence Day patriotic show returns, along with classical themes, movie soundtracks and classic rock. There are also new shows exploring The Rolling Stones, hip-hop and Dolly Parton.

Each performance may have a different soundtrack, yet they all star Longwood Gardens’ grand main fountains, designed by Pierre du Pont and unveiled in 1931. The fountains got a modern upgrade in 2017 with a $90 million renovation.

Since then, Tom Warner, director of performing arts, and his team created dozens of shows, taking advantage of the new technology.

They have at their fingertips thousands of jets that spray, soar, form fans, basketweave and even shoot flames. The new LED lights have a wide range of color combinations.

“It’s still exciting,” he says, even years into working with the new system.

A designer just discovered a way to move the fountains on the top level even slower, “which enabled him to move those particular features in a more subtle and almost balletic point in the song,” Warner says.

From classical to classic rock

The performing arts team were working on the 2020 lineup when COVID-19 closed the site. Later in the summer when the gardens reopened, the big nighttime fountain shows with fireworks did not return. The shows usually attracted large crowds and were expensive to produce, Warner says.

This year, the shows are back.

Warner and his team kept a few performances slated for 2020 for this year, including one featuring The Rolling Stones and one focused on Tchaikovsky.

They also created a few new themes, in the hope of giving as many people as possible something to enjoy.

The new shows include a hip-hop show, a theme that’s been on the back burner for a while.

A show with songs about the weather felt like a fun, feel-good show, Warner says.

And a women-focused show will honor female artists, including Rihanna and K-pop group Momoland.

“The last two years of events of the world, the cultural forces at hand, it just felt really important to us to honor a lot of these women artists,” Warner says.

The Juneteenth performance comes from the gardens’ efforts to look inward.

“The end of slavery and things that are occurring in society today are sometimes really heavy and really difficult things to think of, but Longwood has no desire to shy away from that. This is one way for us to acknowledge the importance of that event (Juneteenth) and help illuminate and actually increase the amount of awareness.”

Each fireworks show comes together with the performing arts team coordinating with Rozzi Pyrotechnics through the design process, making sure details from the pacing and the colors fit the soundtrack and the fireworks.

“This is a collaborative effort. There are so many different people having key parts in this,” Warner says. “It’s not just one person sitting up there pulling a bunch of levers.”

And the levers start lighting up July 3.

How to help butterflies, bonsai 101: 65 classes and talks for Lancaster plant lovers to try in June

This June, there are dozens of talks and classes to learn about plants and make something beautiful.

Year-round, throughout Lancaster County grow millions of plants destined for gardens and vases around the country.

The indoor children’s garden will reopen May 31.

Also, a new renovation has closed some areas of Longwood Gardens.

This includes the orchid and banana house and glasshouses in the west end of the conservatory, including the Mediterranean Garden, Palm House, Bonsai Display, Estate Fruit Houses, Fern Passage, Cascade Garden, Rose House and Tropical Terrace.

The renovations will transform the west conservatory and the surrounding area. The work is expected to be finished in fall 2024.

Saturday, July 3, 9:15 p.m. “Spirit of America” celebrates the soul of America with selections inspired by the spirit of the country, from 1700s to now.

Tickets for the fireworks and fountain shows are advanced sale only at longwoodgardens.org and include all-day admission to the gardens. Reserved tickets ($53) include a chair. For lawn seating tickets ($45 for ages 19 and older, $25 for ages 18 and younger), bring your own chair. Blankets are not allowed. The shows will be at full-capacity without social distancing. Face masks are required for visitors ages two and older if they are not fully-vaccinated unless they are outdoors and consistently six feet from people outside of their household.

Illuminated fountain performances (minus the fireworks) are held Thursdays, Fridays and Saturdays. Through Aug. 28, the 30-minute shows are at 9:15 p.m. From Sept. 2-Oct. 30, the shows are at 8:15 p.m. Performances are free with garden admission.

Each show has a different theme. These are the new shows for 2021.

“Here You Come Again” (Aug. 21) is a show dedicated to hits from Dolly Parton.

“Leading Ladies: Madonna and Lady Gaga” (July 9 and Aug. 13) will have hits from these two pop icons.

“Las Vegas Legends" (Sept. 11 and Oct. 1) has tunes from the Rat Pack and artists with popular Vegas residencies.

The Main Fountain Garden and the Open Air Theatre have daily, daytime fountain performances through Oct. 31 that are free with garden admissions.

Antique toolbox: Can you guess what this implement was used for?

Do you know what this mystery tool, from the collection of the Landis Valley Village & Farm Museum, was used for?

Columbia Market House will be the scene of much activity during Memorial Day weekend when it reopens its doors to the public.

5 unusual classes at the PA Guild of Craftsmen in June

From fraktur to fused glass mosaic art, The PA Guild of Craftsmen will be offering 22 workshops in the month of June.

Whenever I hear the word “dream,” I think of my dad attempting to teach me how to fret the tenor banjo to a song of the same name. My hands we…

Arriving home in early December after the 2020 deer rifle season, from our hunting cabin in Shunk, Sullivan County, I was unloading my truck. …

Photographers are artists who gather the light [Unscripted column]

Oil of lavender, bitumen of Judea. And a pinhole in a pewter plate to do crudely the elegant work of the human eye.

This Water Street park has a new rain garden; a free tour shows how it works [photos, video]

The new plants and rain gardens capture water at Culliton Park. Tours of the park are part of Lancaster Conservancy's Water Week.

From its rolling farmlands to its ornately crafted architecture to its downtown skyline — there's a lot of beauty in Lancaster County.

Which mulch is best for plants? This science fair winner has the results [video]