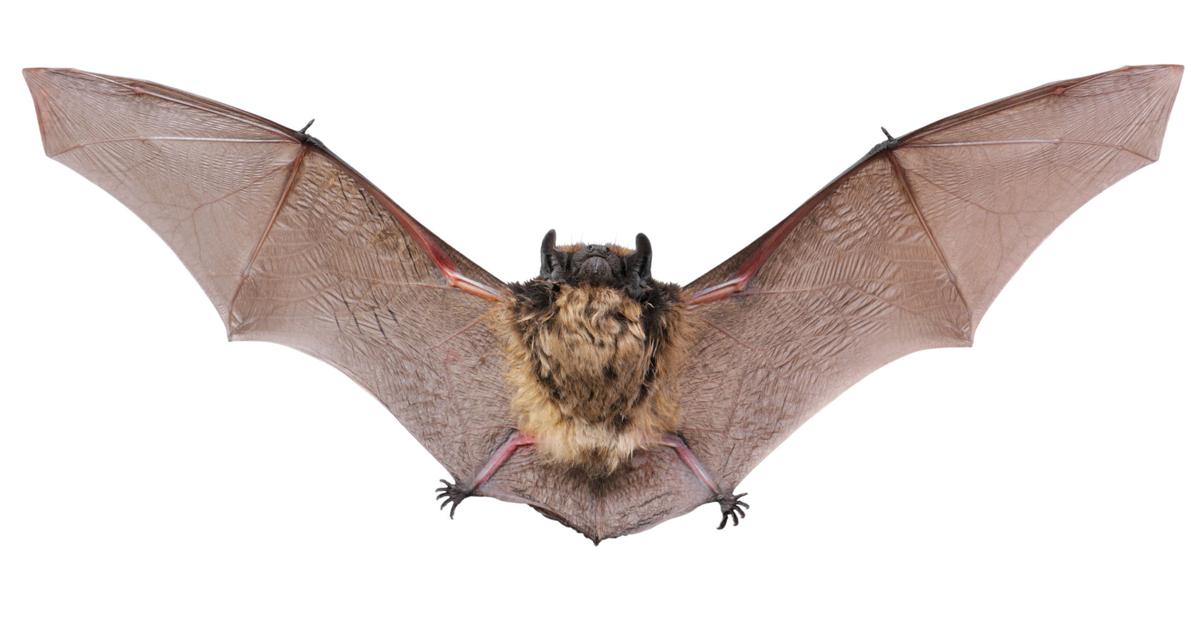 Do you want bats in your house? Probably not. But providing a space for bats in your yard is a good thing ... here's how to do it. 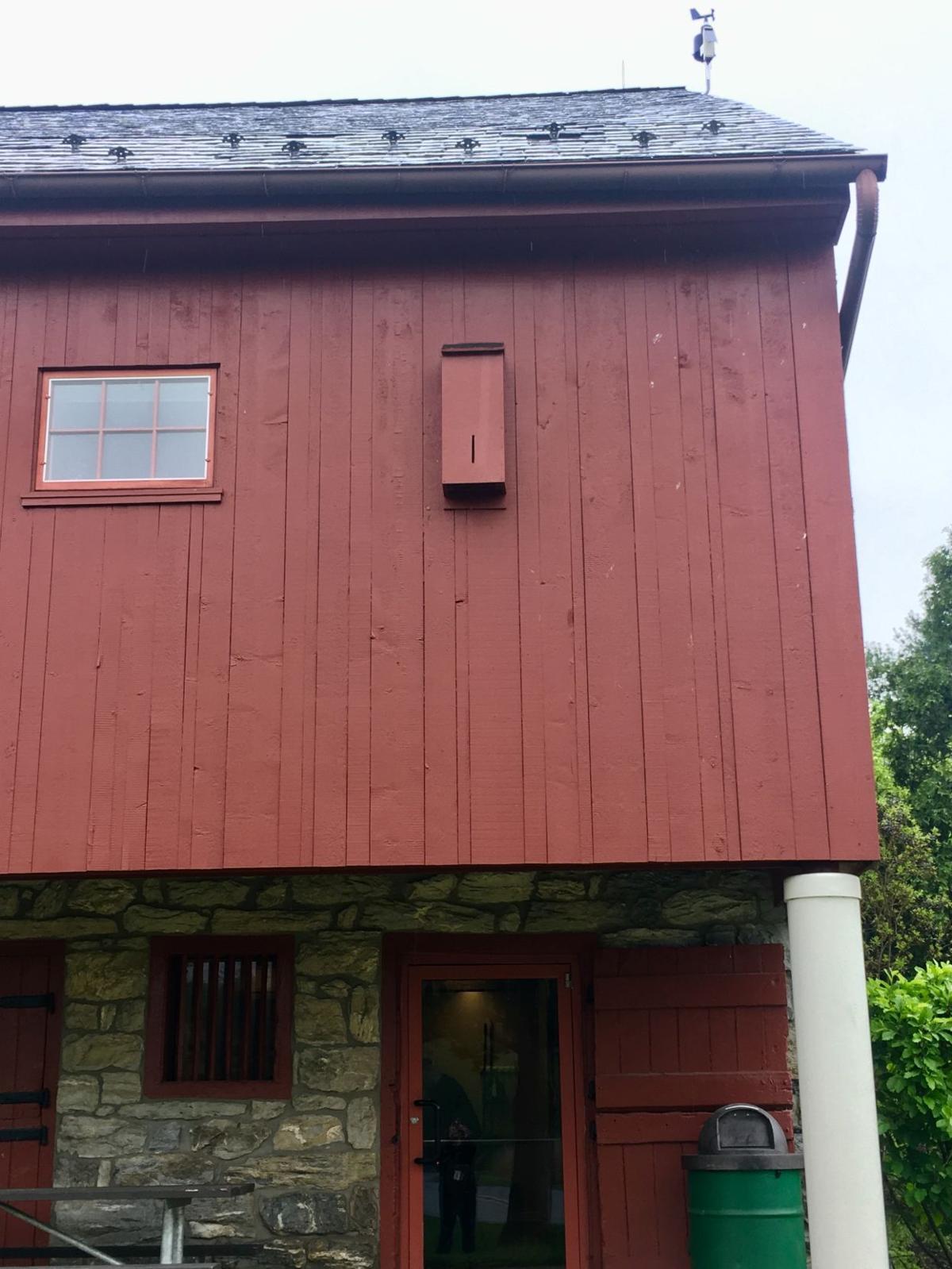 One of the Lancaster County Central Park's bat boxes is mounted high on a south-facing wall of the park's environmental center barn. 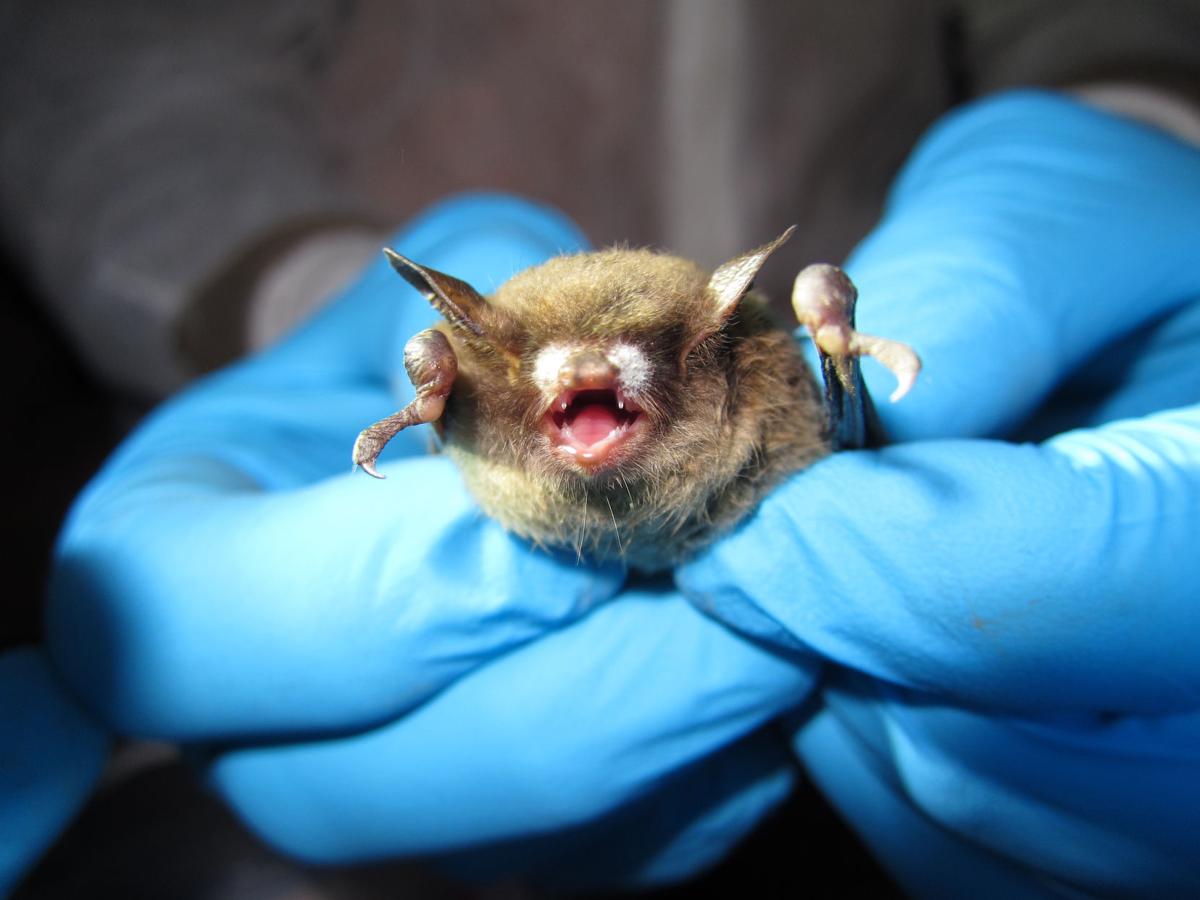 A little brown bat with signs of the deadly white-nose syndrome.

Do you want bats in your house? Probably not. But providing a space for bats in your yard is a good thing ... here's how to do it.

A little brown bat with signs of the deadly white-nose syndrome.

If you happen to see a bat flitting through the air on one of these warm evenings, take a moment to watch it.

Around here, it’s an ever-rarer sight.

White-nose syndrome, a fungus, has decimated the bat population across a huge swath of territory, including Pennsylvania and 31 other states, in the last decade. Pennsylvania Game Commission’s Bureau of Wildlife Management reported last summer that colonies of little brown bats — the species most commonly found nesting here — already had declined 95 percent from the state’s all-time high.

Elsewhere, habitat destruction, roost disruption and other human factors are severely diminishing many species of bats.

But there are some things we can do to help the little brown bat and its relatives survive and, perhaps, slowly recover the species’ numbers.

First off, says Lisa Sanchez, remember: If a bat gets in the house, keep it alive when you remove it.

“Bats are protected by Pennsylvania game laws when flying and hibernating,” according to the Penn State Extension Service.

Sanchez, a naturalist with Lancaster County Parks & Recreation, suggests instead catching it in a net and releasing it or making its exit easier: Close doors that lead from the room with the bat to the rest of the house, then open that room’s doors and windows to the outside.

Other techniques for keeping bats out of the house, and for removing large colonies, can be found on the websites for both Penn State Extension (extension.psu.edu) and the Pennsylvania Game Commission (pgc.pa.gov).

Mike Scafini understands why some people are skittish around the flying mammals — especially when facing one hanging from a living room curtain rod or flying in circles around a bedroom.

“They still fall into the ‘creepy creatures’ category with snakes and spiders” for many people, he says. “Most people know (about bats’ beneficial characteristics), but still are nervous about them.”

Scafini, a biologist and endangered mammal specialist with the Pennsylvania Game Commission, says bats are astonishing creatures, even if one ignores the massive benefits they provide to farmers, the economy and wildlife habitats.

One way humans can make life a little easier for bats, say both Sanchez and Scafini, is to provide bat boxes as an alternative to your attic or eaves.

“Bat houses are for maternity colonies,” according to the Game Commission, in Pennsylvania “primarily (used by) female little brown and big brown bats and their young.”

In the countryside or larger suburban acreage, Scafini says, the ideal placement for a bat box is on a pole about 15 to 18 feet in the air, in a spot where it will “get as much solar exposure as possible.” Facing the box to open toward the south or southeast, Scafini says, helps it maintain the temperatures of 100 degrees or more that bats here prefer for the maternity season of June and July.

“With small acreage — in a city, for example — (attaching a) bat house on a house or building, those tend to attract big brown bats, which now are the most common found in Pennsylvania,” Scafini says. “They can handle temperature variations better” than the little brown bat species.

Since most species of bats that “nest” locally tend to prefer tucking underneath shelter and staying warm, Scafini says, shaggy-barked trees also are helpful for the bat population.

“Rotten hollows in trees also will attract them,” Sanchez says. “So that not-so-alive tree on your property, as long as it’s not going to fall on your house or car, is good for both bats and birds.”

Once the bats are settled, Sanchez says, resist the urge to disturb the creatures. Being rousted during cold weather, when many species hibernate, causes them to use up their energy reserves at a time when their insect food sources are scarce.

Don’t disturb them during the spring and summer months, either, when mother bats are caring for their babies. You run the risk of driving out the adult female bats while leaving the young bats behind to die.

Disappearance of bats bad for farmers, you and me

Little brown bats, for example, tend to have only one baby, or pup, annually. There’s no quick way for them to recover to their previous, pre-white-nose numbers, so providing shelter during both breeding and hibernation seasons takes on added importance.

Other plants don’t matter much for bats typically seen locally; they’re insect-eaters. A single little brown bat can consume 1,200 mosquitoes and other insects in an hour, according to the Pennsylvania Natural Heritage program; big brown bats eat many agricultural pests.

But that means pesticide usage will affect bats, as well as the pests they’re meant to kill.

“Anything you spray is going to get into insects, and then into bats,” Scafini cautions.

“For example, the long-eared bat (a federally listed threatened species) is a gleaning bat, meaning it grabs motionless insects such as spiders, beetles, tent caterpillars (and) fruit tree borers.

Besides their pest-management benefits, and the attendant economic advantages, Scafini says, bats are just cool.

“If you get a chance to see one up close, see the features that allow them to cut in and out of foliage and to hover,” Scafini says, “they’re really remarkable.”

It's Earth Day: Here's how Lancaster gets its green on

It's Earth Day! Did you know that the first Earth Day was celebrated in 1970? Since then, it has become a global, widespread holiday. Celebrat…