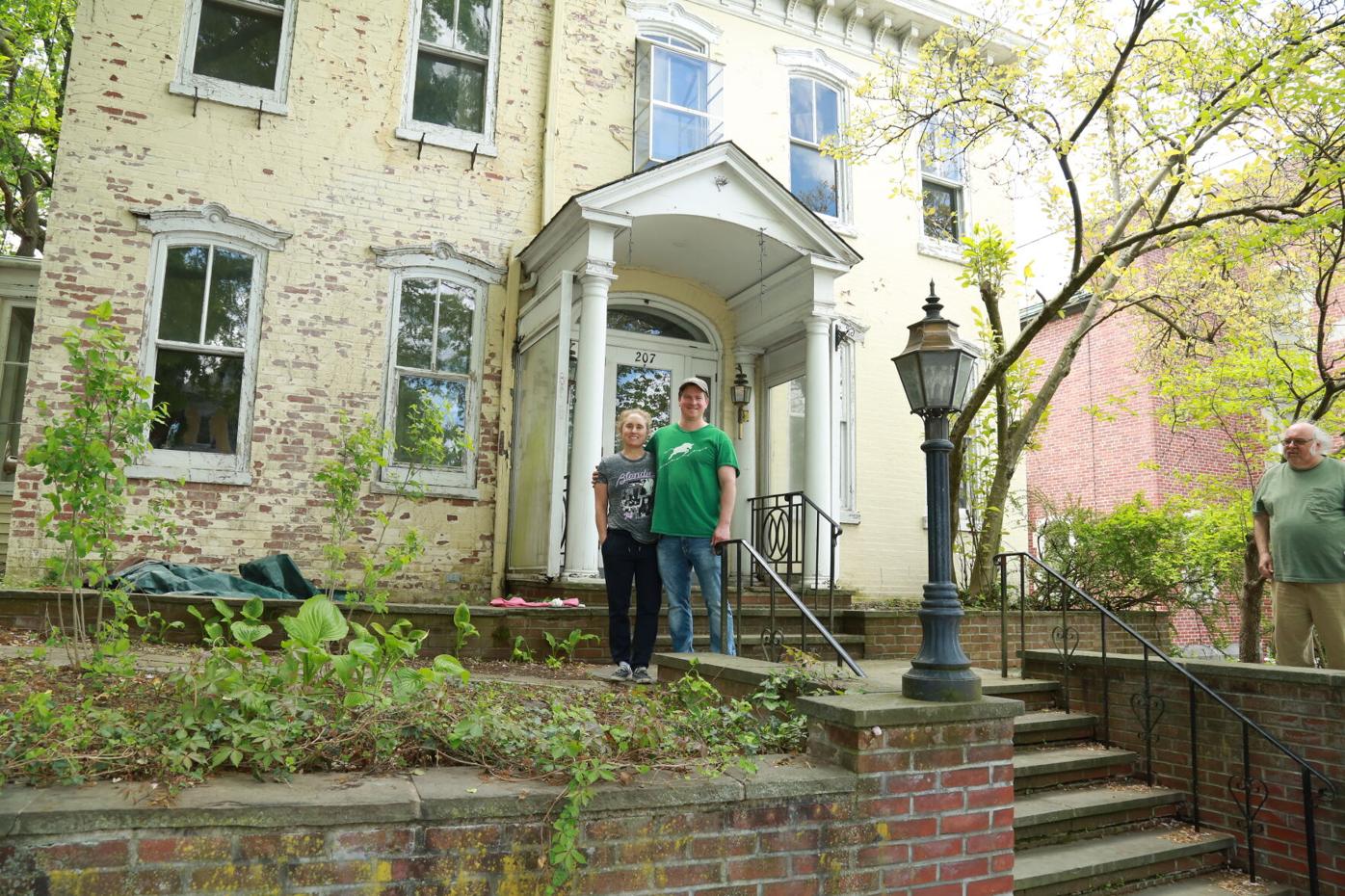 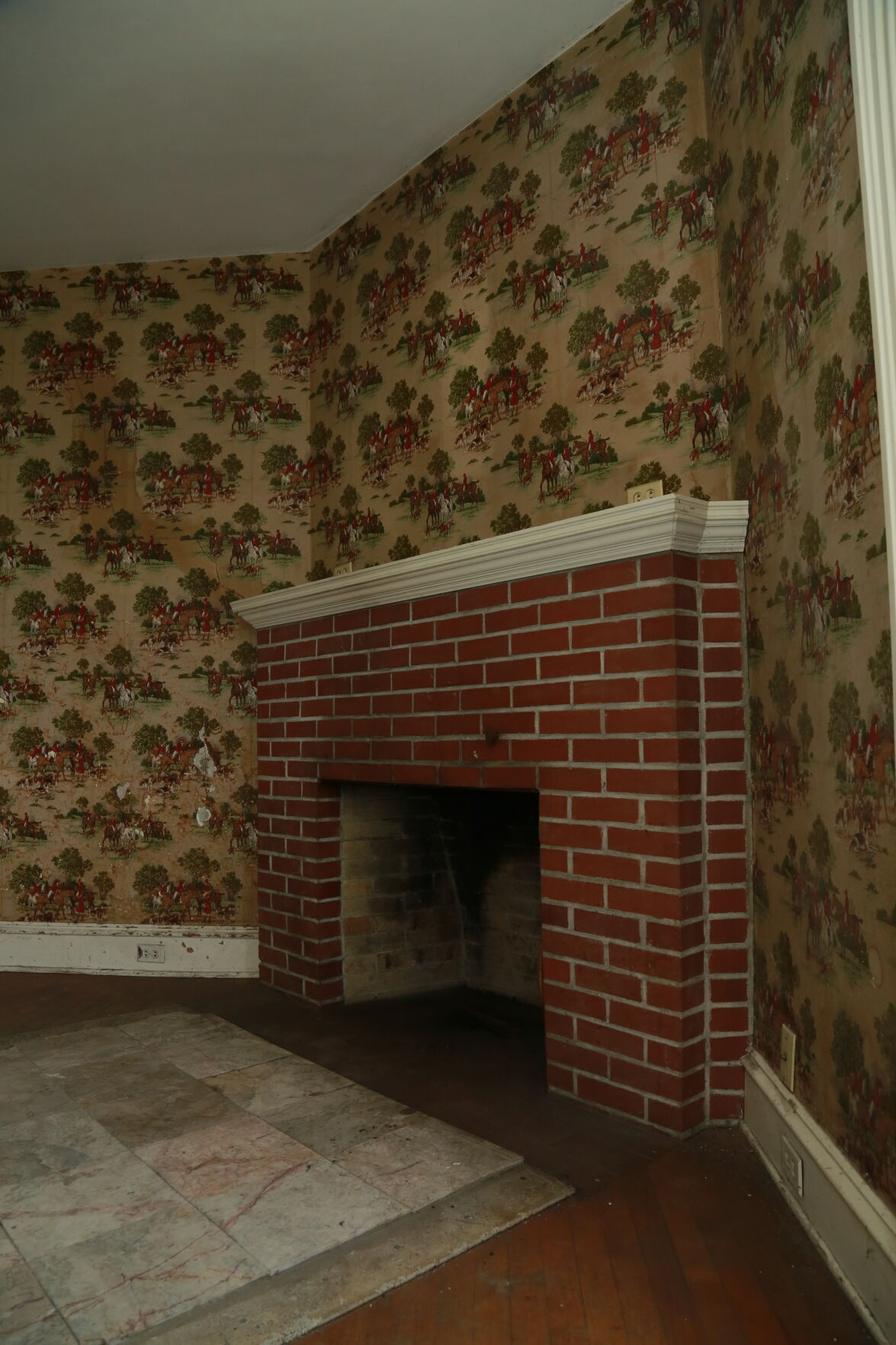 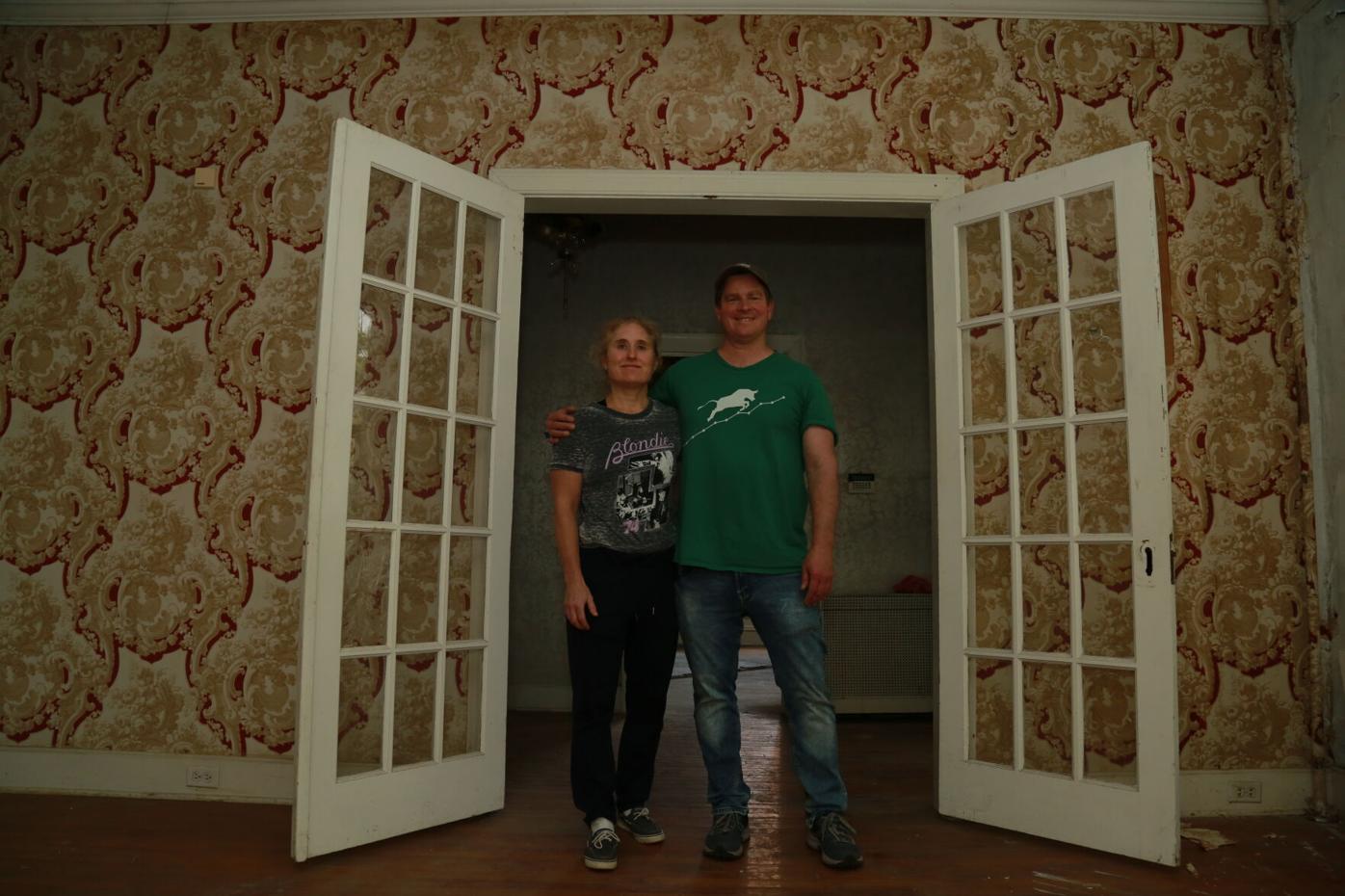 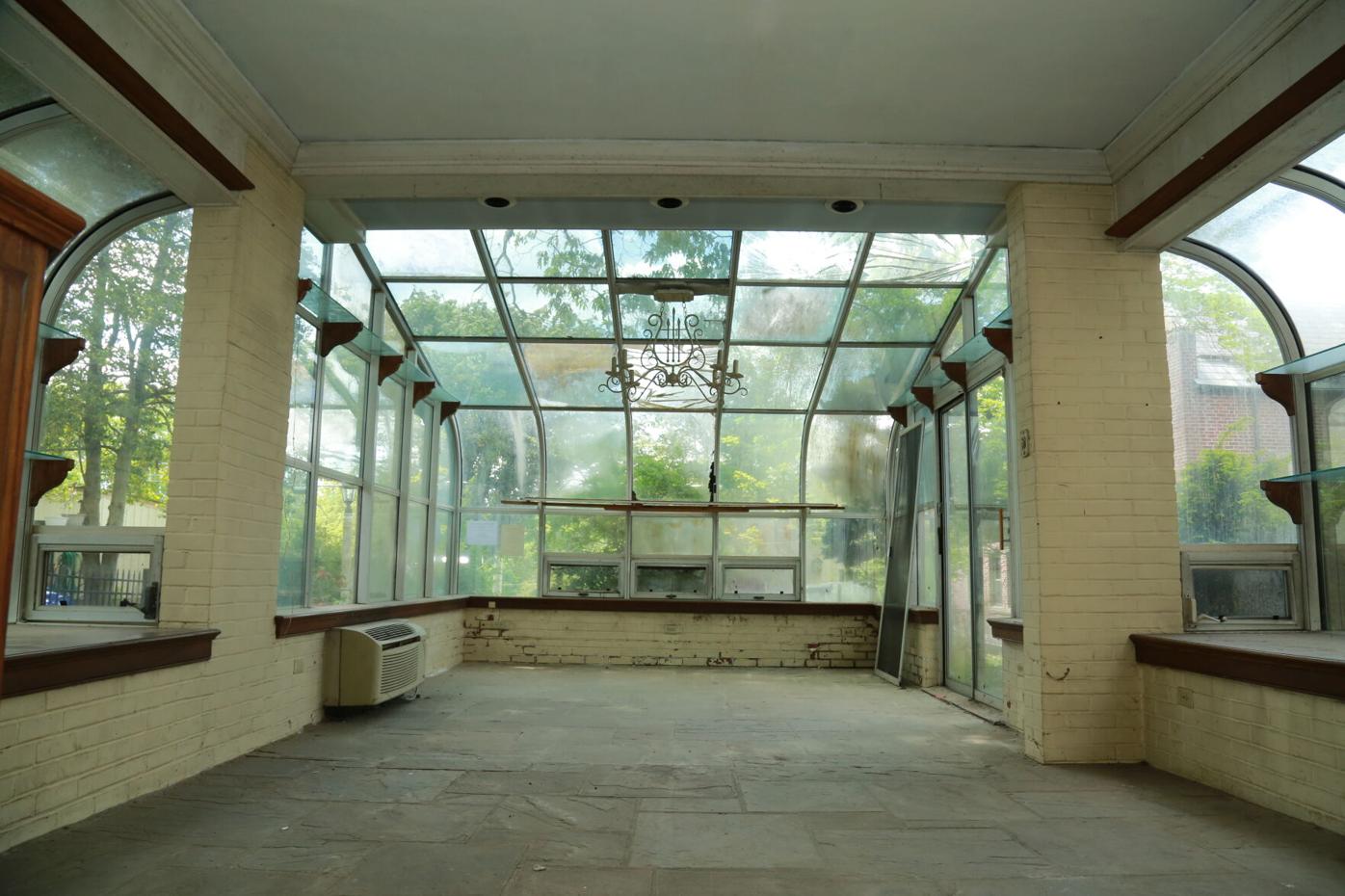 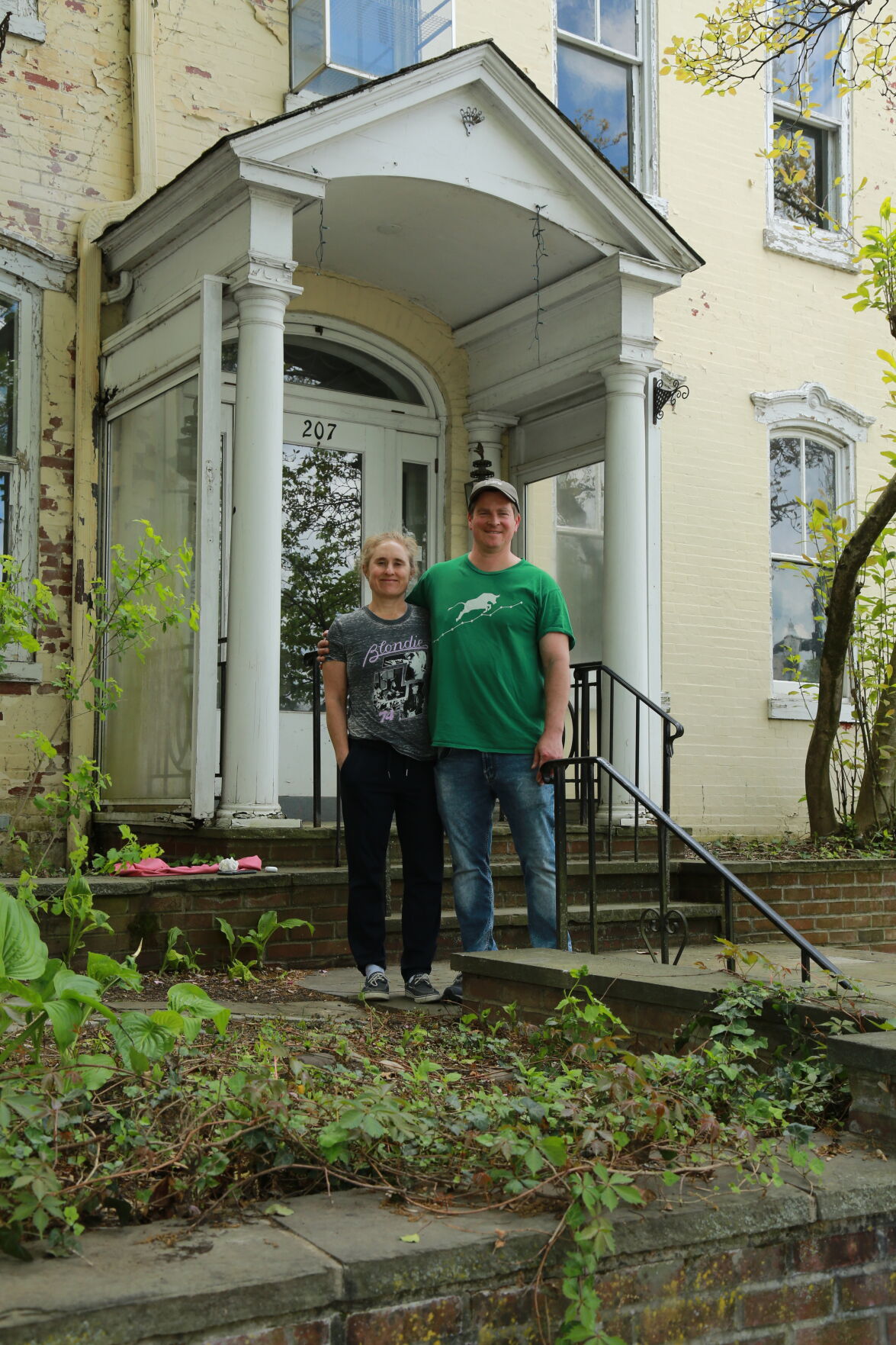 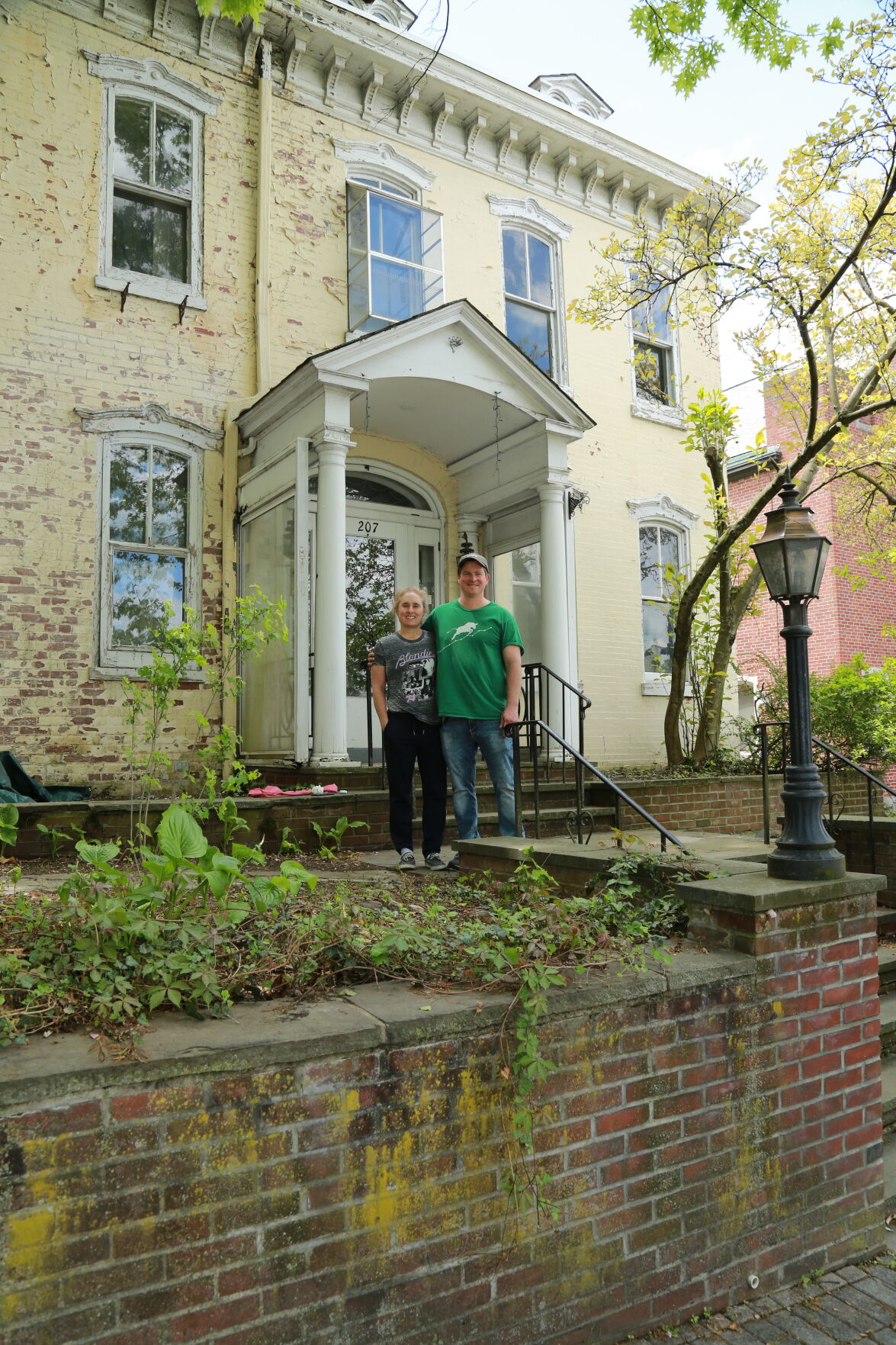 However, in the 14 years since her death in 2007, the house went through several owners and in recent years stood abandoned and forlorn. Its spacious, once elegantly furnished rooms were stripped of everything except the wallpaper, its exterior paint dulled and chipping.

That condition is what Glen and Mandy Stull intend to remedy. The Ephrata couple — he’s a retired nurse and she’s a physician — recently purchased the home through a foreclosure. Now they can be seen industriously cleaning up years of debris from the outside grounds and sanding the outside walls. While inside, they are cleaning up, repairing woodwork, pipes and wiring, and removing old wallpaper in transforming it from a house to a home.

“I was looking for project to keep me busy,” Glen said. “I’ve always liked this house. I thought it had sold years ago because it’s been vacant for so long.

“It was a foreclosure. Basically, we bought it from the bank,” he said. “It sold at public auction in 2009. From there, I’m not sure what happened.”

According to records kept by the Historical Society of the Cocalico Valley, the house was built around 1878 on ground purchased from Henry Winters, by James and Catherine (Bitzer) Bryson. The house, half the size it is now, was sold in 1889 to John J. Eshleman for $3,400. Between 1911 and 1913 it went through three more owners, the last being Lancaster County Coroner Elmore Miller. Although when the expansion took place is not known, Miller moved his medical practice there. He kept it until his death in 1941, when it was sold to William E. and Minerva Eirich who soon sold it to Christian and Bertha (Brossman) Eaby who, together, controlled and ran Denver and Ephrata Telephone and Telegraph Co.

With Bertha’s passing in 1985 the house went to her sister Anne, who was D& E’s president and CEO.

Mandy Stull, who was born in Ephrata, knew her through Anne’s sister, Emily Sprecher.

“I helped take care of Emily,” she said.

Now the house is theirs. So where does one begin?

“We took 13 loads of debris away from outside,” Mandy said.

In doing so, they discovered a stone patio “buried under a foot of leaves” Mandy said.

The first floor consists of one small room just inside and to the right. The room contains a gas-operated fireplace. To the left inside the front door are two large rooms, well lit by numerous windows. There’s a bathroom on the first floor and to the rear, and a small room exits out into an attached and spacious greenhouse.

“This is probably everyone’s favorite room,” Mandy said. “I probably will put a lot of plants out here.”

The trouble spot on this floor is the kitchen. A large gas range built into an island is in bad shape, as is much of the marble counter top throughout the room. In one place, a large section of the marble is missing entirely.

“We’ll probably just tear out everything and start over,” Glen said.

The second floor contains three bedrooms and one-and-a-half baths. The entire eastern half of the second floor is taken up by what had been Anne’s very large bedroom, complete with a clothes closet as large as a small bedroom. Anne reportedly had a sitting area by the front windows. To the rear of the bedroom was her very large bathroom that may even have doubled as her personal hair salon.

“I’d have loved to have seen it when Anne had it,” Mandy said. “She was always meticulously dressed so I’d sure the bedroom was done up the same way.”

There are two more bedrooms in the attic but Mandy said they “need work.”

Both upstairs and down, what had been porches were enclosed to create small rooms.

Considering how long the house stood empty, it’s in better shape than one dared to hope. The roof, except for one or two damaged slates, is intact and there have been no leaks. Inside much the same can be said.

“Structurally, most of the wood is still in good shape and is nice looking,” Glen said. “The electric seems to work. We’re working on the plumbing right now. It has copper pipes and copper pipes after sitting empty tend to blow apart. In a project like this, every time you turn something on you run into unforeseen problems, especially with pipes and so on.”

In the early stages of renovation, the focus has been on the outside of the house.

“I’m working on sanding down the chipping paint on the chimney and walls outside,” Mandy said. “Those are my two projects right now. I have to focus on those two, otherwise I feel overwhelmed,”

Glen is fine with Mandy concentrating on the walls.

"The first time I walked through, I saw the wallpaper,” he said. “I don’t like taking it down so that’s our arrangement. She takes down the wallpaper and I’ll paint.”

Other than that on the inside, the Stulls hope to complete all of the outside work over the summer and work inside when cold weather commences.

The Stulls aren’t new to this type of project. Together they renovated an old farmhouse on Hammon Avenue about 15 years ago.

“This isn’t quite as bad as that one except for this has more wallpaper to take down,” Glen said.

Additionally, Mandy’s father, Bob, owns Rineer Builders, “so any questions we have he helps out,” Glen said.

Also one of the couple’s sons works for Rineer “so he comes and helps us once a week.”

Glen’s father was also handy with repair projects and he watched him work.

“He taught me some skills.”

For the Stulls, it’s a labor of love.

“I like coming here to work on it,” Glen said. “Hopefully someday soon it’ll be back to its former glory.”

Larry Alexander is a correspondent for The Ephrata Review.

A look inside a Pequea Township one-room schoolhouse, now home to a former student [photos, video]

This Strasburg Township family built a log cabin in their backyard; here's how [photos, video]

Over seven years, Doug Brown pieced a log cabin together.

With foster care, Bethany helping settle unaccompanied refugee children with relatives in US

In recent months, a record number of children have crossed U.S. borders alone. In some cases, these children cross the border to escape violen…

Chances are, if you’re reading this article, you already know that “giving back” not only provides real benefits to our community, but also to…

These turbulent times offer an opportunity for self-reflection. What do I value? How do I spend my time? Do the people I spend time with energ…