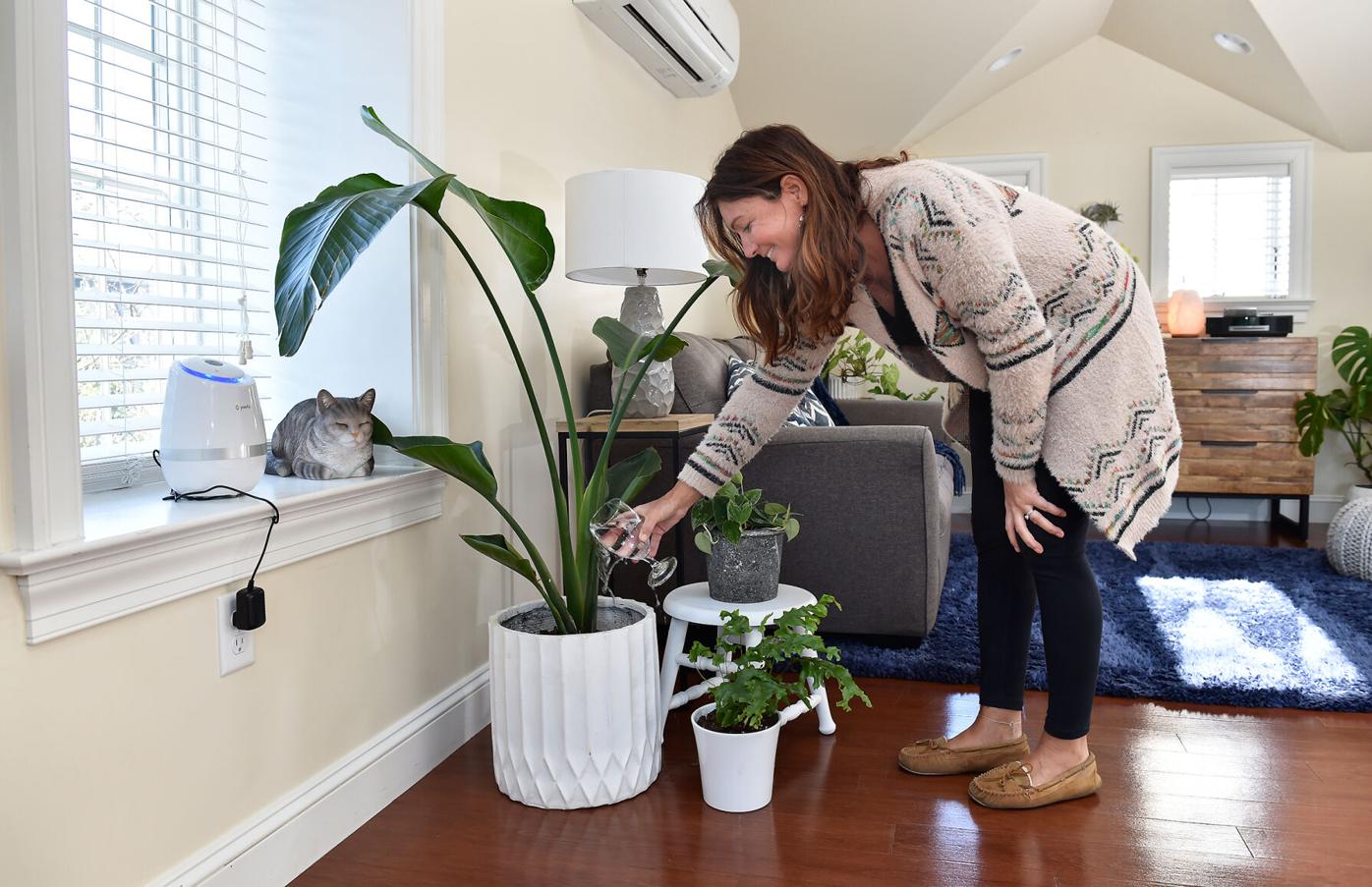 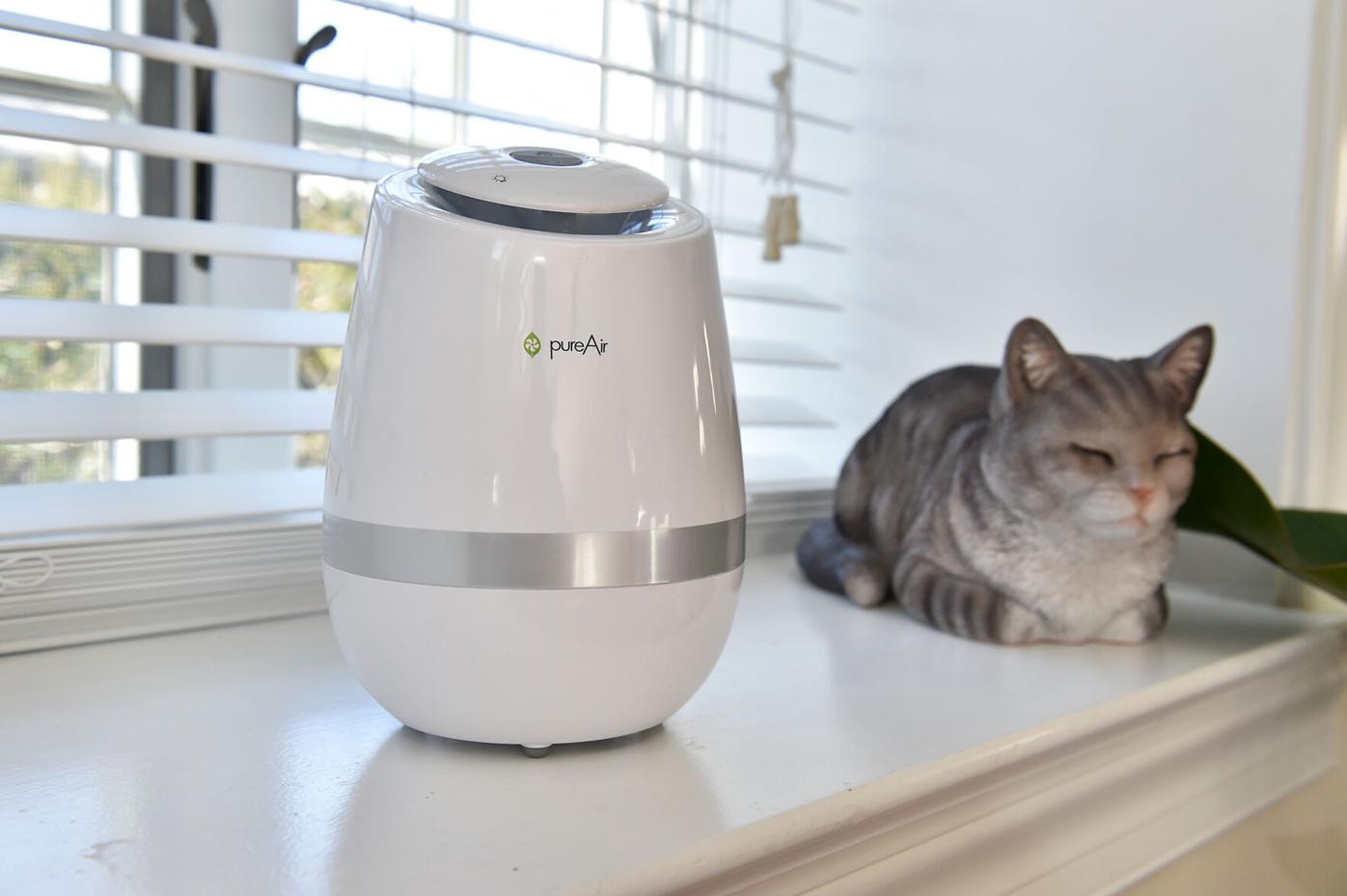 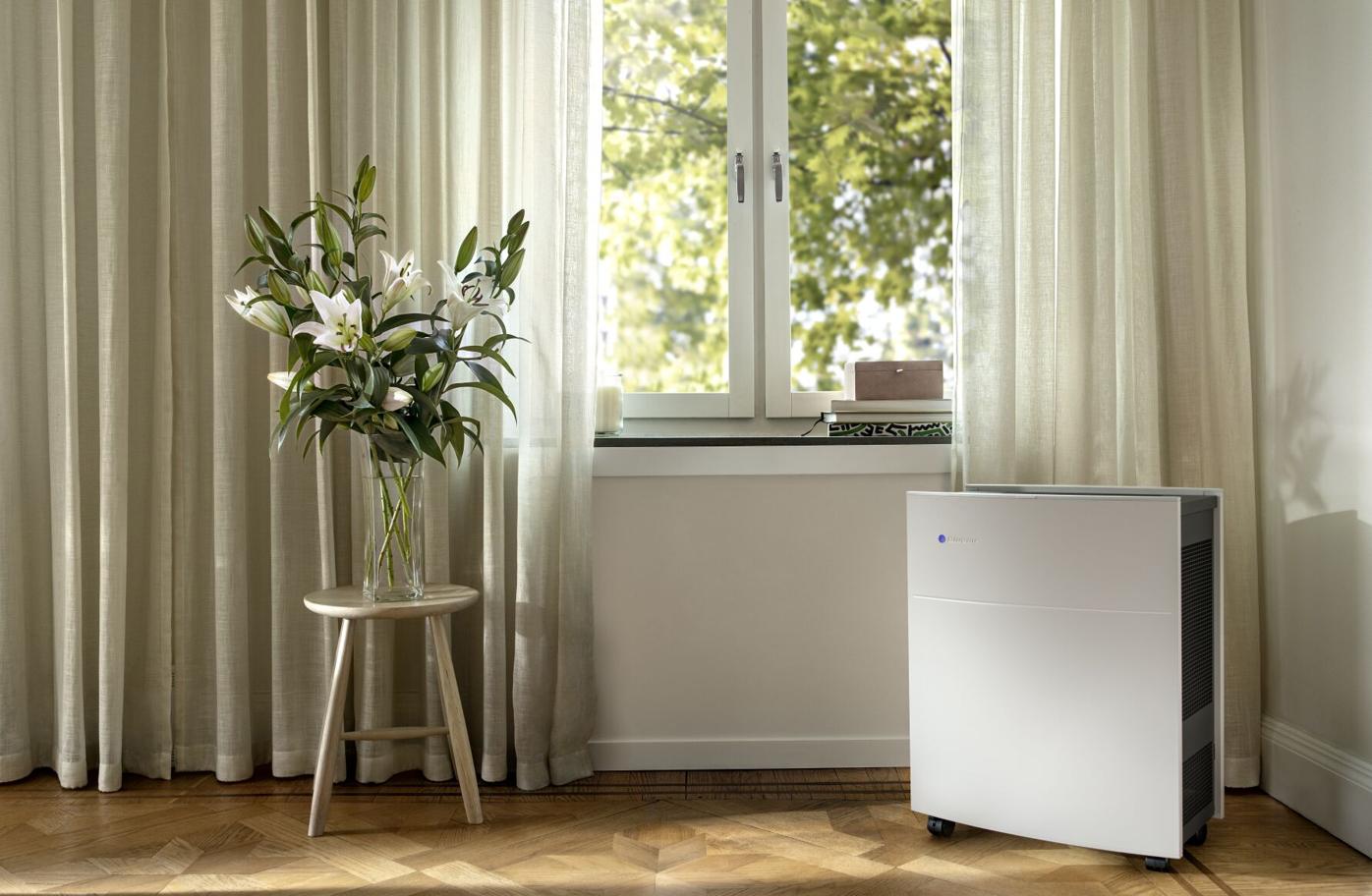 The Blueair Classic 605, which retails for about $830, ranked at the top of Consumer Reports' 2020 air purifier ratings.

Sharon Stoltzfus’s Airbnb listing for her “Lush Spa Suite” in Bird-in-Hand features photos of crisp white walls punctuated by striking touches of blue. Blue accent pillows. Blue pots. The blue glow of a portable air purifier. Purchasing the latter was a recent, pandemic-driven decision made with guests’ comfort in mind.

Stoltzfus is by far not the only one investing in air purification. The U.S. portable air purifier market was valued at over $1 billion in 2020, according to a report from research and consulting firm Verify Markets.

That’s already a growth rate of 40% for a market now expected to see double-digit growth over the next two years due to drivers like COVID-19, pollution, natural disasters like wildfires and consumer education programs, according to Verify.

But Verify notes that there remains a lack of product awareness, increasing competition and misleading claims.

“It’s open season. … There are many vendors. And many are making claims — not all of which have been third-party verified,” says Max Sherman, team lead of the Epidemic Task Force at The American Society of Heating, Refrigerating and Air-Conditioning Engineers. “So you do have to be a little bit careful.”

Air purifier marketers tend to mention a broad range of targets like dust, smoke, pet dander and other contaminants. The U.S. Environmental Protection Agency early this year released a statement specific to air purifiers and COVID-19.

“By itself, air cleaning or filtration is not enough to protect people from COVID-19,” per the EPA. “When used along with other best practices recommended by [Centers for Disease Control & Prevention] and other public health agencies, including social distancing and mask wearing, filtration can be part of a plan to reduce the potential for airborne transmission of COVID-19 indoors.”

The EPA recommends that those choosing air purifiers with the intention of helping reduce virus transmission should pick an air purifier that meets at least one of the following criteria:

— It’s CADR rated. That stands for clean air delivery rate. Those ratings were developed by the Association of Home Appliance Manufacturers.

— The manufacturer states that the device will remove most particles below 1 um (micrometer) in size.

Newer on the air purification scene are technologies like bipolar ionization — which generates positively and negatively charged particles in the air. If manufacturers have the data to back it up, they can market those as a way to help remove viruses including SARS-CoV-2, the virus that causes COVID-19, per the EPA.

“This is an emerging technology, and little research is available that evaluates it outside of lab conditions,” says the EPA’s statement. “As typical of newer technologies, the evidence for safety and effectiveness is less documented than for more established ones, such as filtration.”

The EPA says that with bipolar ionization there’s potential to generate harmful ozone without proper design and maintenance. The agency suggests that if someone does decide to use a system with bipolar ionization, they should use a device that meets UL 2998 standard certification — a standard certification for Zero Ozone Emissions from Air Cleaners.

When the research nonprofit Consumer Reports tests air purifiers, it looks at mechanical filters that force air through a web of fibers. The webs with finer mesh are HEPA.

Consumer Reports does not test other types such as ozone generators and does not recommend them. Consumer Reports also typically doesn’t test electronic air purifiers or those using UV lights — though some of the mechanical filters may have those functions.

Models were evaluated on dust and smoke removal, noise levels and annual operating costs. Scrolling through Consumer Reports ratings makes it obvious that looks aren’t everything.

“The challenge is real for sure in finding an air purifier both effective and aesthetically pleasing,” Stoltzfus says.

For the loft, she went with a PureAir 500 from GreenTech Environmental, which sells online for $179. She likes that it’s small and unobtrusive.

She liked even more what the employees at Esh Hardware in Ronks had to say about the model’s activated oxygen and ionization. She went home and researched online before heading back to Esh to buy one.

Between loft guests, Stoltzfus sets the purifier to a red-light deep cleaning cycle that is supposed to be done when nobody is around. After 30 minutes that automatically resets to a regular setting of green. A blue burst setting is also available. She’s also been adding plants. She’s got about 100 in her home and has been steadily placing more in the loft.

Instructions for the PureAir note that it covers fewer square feet than a different brand of purifier that Stoltzfus has in her own home next door. But the loft is much smaller.

Sherman says buyers should be sure to select purifiers designed to handle the space in which they intend to use them.

“And go with the highest clean air delivery rate that makes sense to you,” he says.

The more air it’s trapping the better, he says. The larger ones can be noisier though, he adds. Turning them to low at night may be needed.

Sherman’s advice is to keep it simple and stick with a good HEPA filter.

“The filter is doing most of the work anyway,” he says. “All those other things are belts and suspenders.”

Time to break out the patio furniture: Here's a complete care guide

Despite the fluctuating temperatures, the spring season is officially here.

Rembrandt van Rijn’s paintings are famous for their luminosity. When considering works by the Dutch master in major international museums, you…

COVID-19 cases continued to increase across Pennsylvania last week, including in Lancaster County.

Growing herbs on a windowsill or other spot is a fun project. Plus, you can eat the harvest.

Is the open floor plan on its last legs? Not in Lancaster County

It’s a question that’s been posed every so often for years.