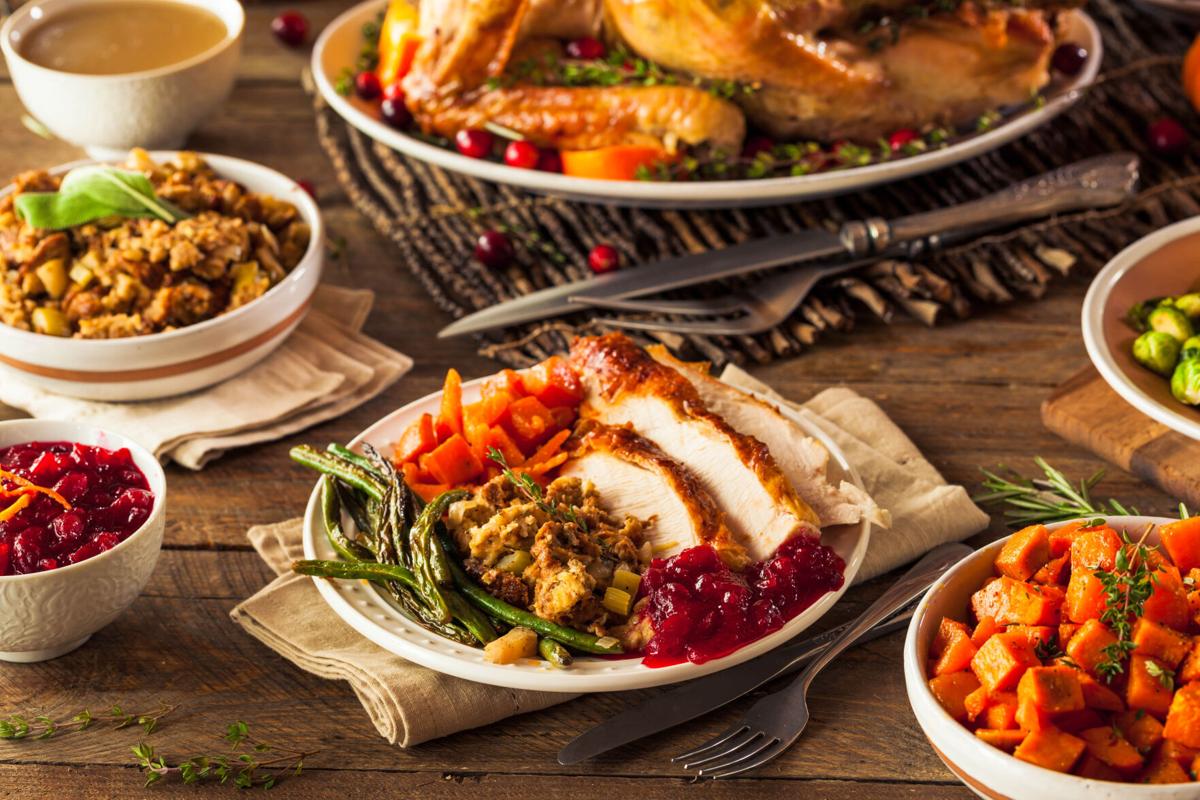 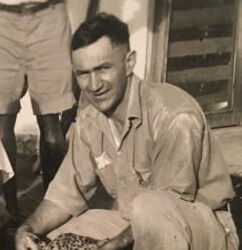 The author's father, Elam W. Stauffer, when he was a missionary in Africa.

I opened the door and was greeted by two young African American men standing there, wet and shivering in the cold, each cradling a shotgun in his arms.

They explained that they had been duck hunting on the Mill Creek, behind Dutch Wonderland, and had broken through the ice. They asked if they could come in briefly to warm up and dry off. I called for my dad, who without hesitation invited them in with the provision that they agreed to leave their guns outside on the side porch.

My dad and older brothers led the young men downstairs to the basement and placed chairs next to the oil furnace. They were given blankets and invited to undress and place their wet clothing on the hot water register next to the furnace so their clothing would dry off (we did not have a clothes dryer at that time).

Mom served two plates filled with oven-roasted turkey, mashed potatoes, gravy, stuffing and succotash, and we took them downstairs to our guests so they could enjoy a hearty meal while they warmed up.

They were extremely grateful, saying they did not expect to be served a delicious Thanksgiving meal when they rang the doorbell. While they warmed up and enjoyed their meal, our family gathered at the kitchen table, asked God to bless the food, and enjoyed Mom’s delicious home-cooking.

After dinner, we checked in on our guests while serving them warm apple pie a la mode. They were fascinated by the leopard skin hanging on the wall and asked about it.

My dad, a consummate hunter and storyteller, recounted how, when he served as a missionary in the former Tanganyika (now Tanzania), East Africa, the leopard killed his dog.

The leopard jumped through his front porch screen at night, grabbed his dog, and jumped back through the screen with the dog in its jaws. The next day, dad tracked the leopard but lost the blood trail.

He obtained a leopard trap from a German expatriate, baited the trap, placed it along the leopard’s track, and anchored it with a chain around a small bush.

The next day when he checked, the trap was gone. He tracked the drag marks to a nearby Acacia tree and discovered the leopard looking back at him from a branch high in the tree, the trap still dangling from its paw.

Dad shot it between the eyes as payback for killing his dog. Our guests were mesmerized and asked many more questions about life in Africa, which my dad was all too happy to answer with more stories.

It was late in the afternoon when our guests left, having warmed up and dried their clothing.

They were extremely grateful for the meal and hospitality that my parents demonstrated to complete strangers who showed up at their doorstep.

As I recall, they commented that the world would be a much better place if everyone demonstrated similar acts of kindness to total strangers.

The author lives in East Lampeter Township. His father was the late Elam W. Stauffer, who served as a missionary in Tanganyika from 1933 to 1964.

If you know an interesting story, please write it in 600 words or less and send it to Mary Ellen Wright, LNP editorial department, P.O. Box 1328, Lancaster, PA, 17608-1328, or email it to features@lnpnews.com. Please include your phone number and the name of the town you live in.

For actor in lead role in 'Elf the Musical,' it helps to be a kid at heart; Dutch Apple show opens tonight

Ed and Donna Sturm first met and started dating in the 1950s.

After having served a tour of duty during the Korean War in the U.S. Air Force, I returned to my dental practice in Lancaster.