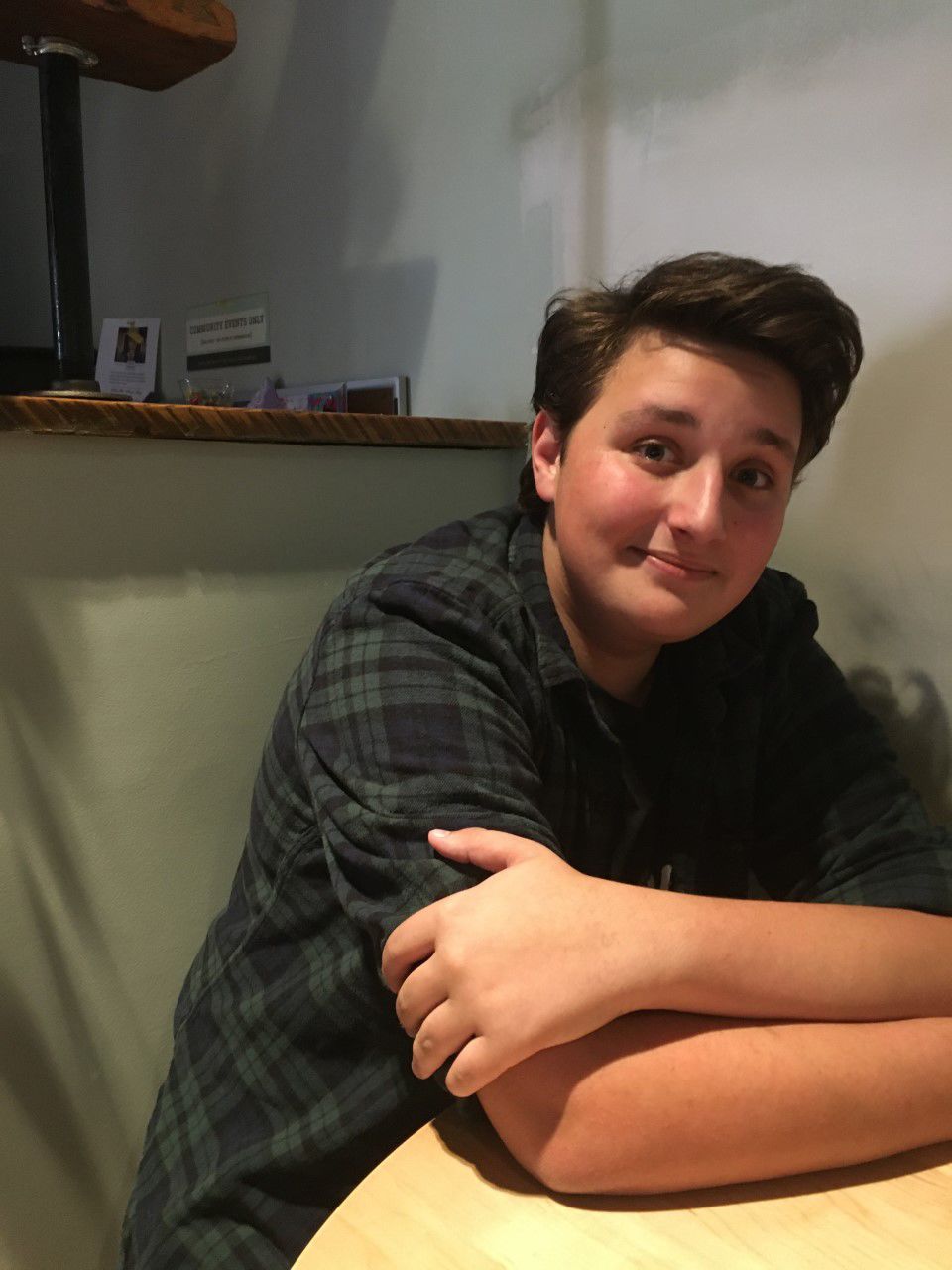 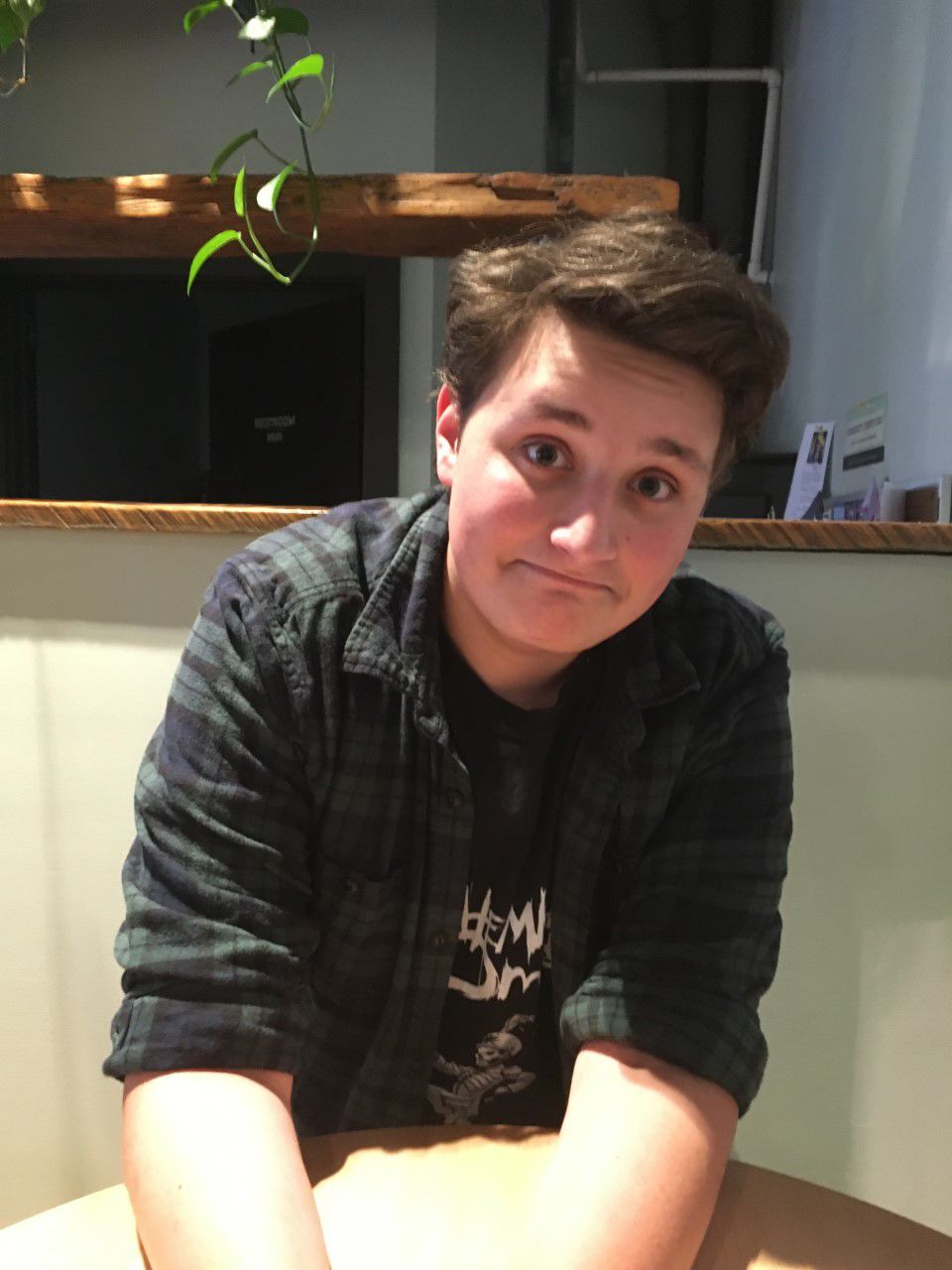 Max Bartos is Darren in "Sing Street," coming to Off Broadway later in November.

Max Bartos is Darren in "Sing Street," coming to Off Broadway later in November.

Lancaster actors who go to New York have a way of getting involved in the biggest and best shows on Broadway.

Eliseo Roman’s Broadway debut was in Lin-Manuel Miranda’s “In the Heights.”

Catherine Walker starred in the Tony Award-winner “A Gentleman’s Guide to Love and Murder.”

Forrest McClendon earned a Tony nomination for his role in “The Scottsboro Boys.”

And two-time Tony nominee Jonathan Groff found himself in “Spring Awakening” and a little show you might have heard of called “Hamilton.”

Now, there’s Max Bartos, who is about to open in one of the most anticipated shows off-Broadway this season: “Sing Street.”

A musical version of the 2016 film by John Carney, “Sing Street” is being put together by the team that created “Once,” (another Carney film), which won the Tony for best musical in 2013.

“Sing Street” will have a limited run from Nov. 25 to Jan. 19 at the New York Theatre Workshop.

Bartos, who is going by Max William Bartos, is playing Darren, one of a group of teens living in inner-city Dublin in the mid-1980s who try to put a band together.

Conor (being played by “Game of Thrones” veteran Brenock O’Connor) is new to the tough neighborhood and he blurts out to a pretty girl that she should be in his band’s video. Problem is, he doesn’t have a band.

So he meets some classmates who can help him out, including Darren.

“He’s ambitious and an entrepreneur,” Bartos says of Darren. “He’s pretty funny and he becomes the manager of the band.”

He eventually joins the band. Like everyone else in the cast, Bartos plays an instrument — a guitar in Darren’s case.

“The best thing about my life right now is that I am surrounded by such amazing people, who care so passionately about what they do,” Bartos says.

The team includes Enda Walsh, who wrote the book for “Sing Street”; John Carney and Gary Clark, who wrote the music and lyrics; and Rebecca Taichman, who  is directing.  She won a Tony in 2017 for best director for the play “Indecent.”

And the music supervisor is Martin Lowe.

Bartos has especially enjoyed learning and riffing with Lowe.

“I’ve learned an incredible amount already, and every day I try to hold on to what I’m learning because this is such a huge opportunity for me,” he says.

Bartos is living in New York with either his mother, Becky Bartos, or his father, Todd Bartos — they switch each week. The other stays in Lancaster with his sister, Ava, who is two years younger than her brother.

He keeps a busy schedule and has always gone the extra mile and then some.

Last spring, he opened his own production company in Lancaster and directed a show.

In an earlier interview, his mother, Becky, remembered him writing a show for his fifth birthday called “Five: The Musical Starring Max Bartos.”

He’d put on a one-man version of “Rent” or a horror story using blood packets.

“I like to get involved in every aspect,” he said in an earlier story. “My work ethic comes from my parents and my grandparents.”

Bartos says they are working on staging the show and getting ready for previews, which begin Nov. 25. The official opening is Dec. 16.

“I’m not too nervous, but I am really getting excited. I can’t wait for our first audience and to show everyone what we’ve been working on,” he says.

What happens after the limited run of “Sing Street” is still unknown.

“Anything could happen,” his father says. “Max knows the show might not go anywhere, that he might not be part of the cast if it does. He’s just excited for this experience.”

The younger Bartos nods his head.

“It’s about this experience,” he says. “You can’t be worrying about what might or might not happen.”

Working at the New York Theatre Workshop is a thrill. It’s the theater where “Rent” got its start. Tony Kushner worked as an associate artistic director and writers Paul Rudnick, Caryl Churchill and Alan Ball are all associated with the theater, located at 79 E. Fourth St. between Second Avenue and Bowery in the East Village.

Bartos vividly remembers when he heard that he’d gotten the role of Darren.

He was in theater camp  — naturally— when the loudspeaker called his name and told him to report to the main office.

“My biggest fear is getting in trouble, so I was scared. But as soon as I got to the main office, they all told me. Theater camp was the best place in the world to find out.”

Lancaster’s Max Bartos is heading to Broadway with the cast of “Sing Street.”

Every actor dreams of performing on Broadway.

What does a teenage performer do in the middle of a pandemic, while he’s in his hometown waiting for New York theaters to reopen so he can mak…