The Lombardo Welcome Center at Millersville University is a net zero energy building, meaning it produces as much energy as it consumes. 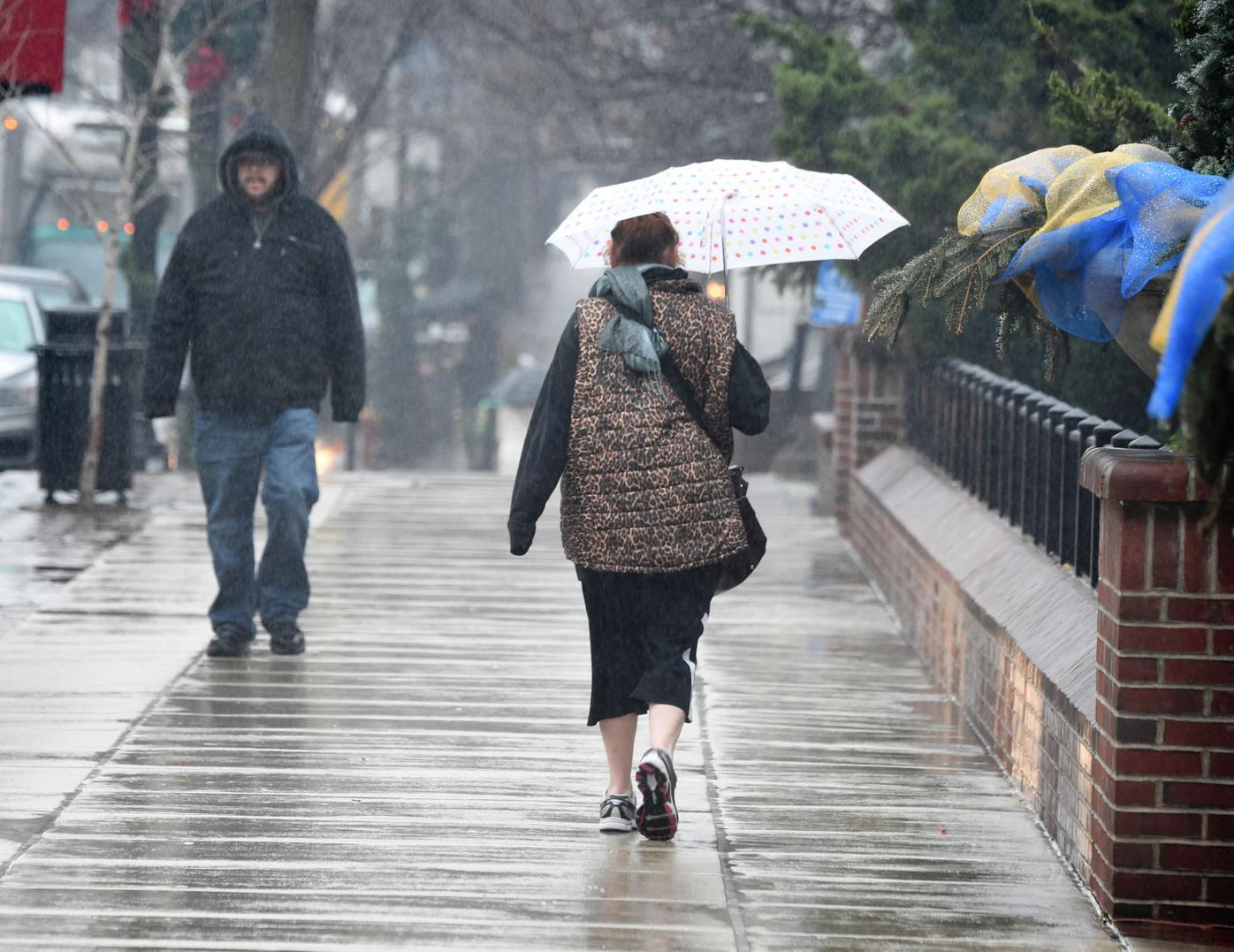 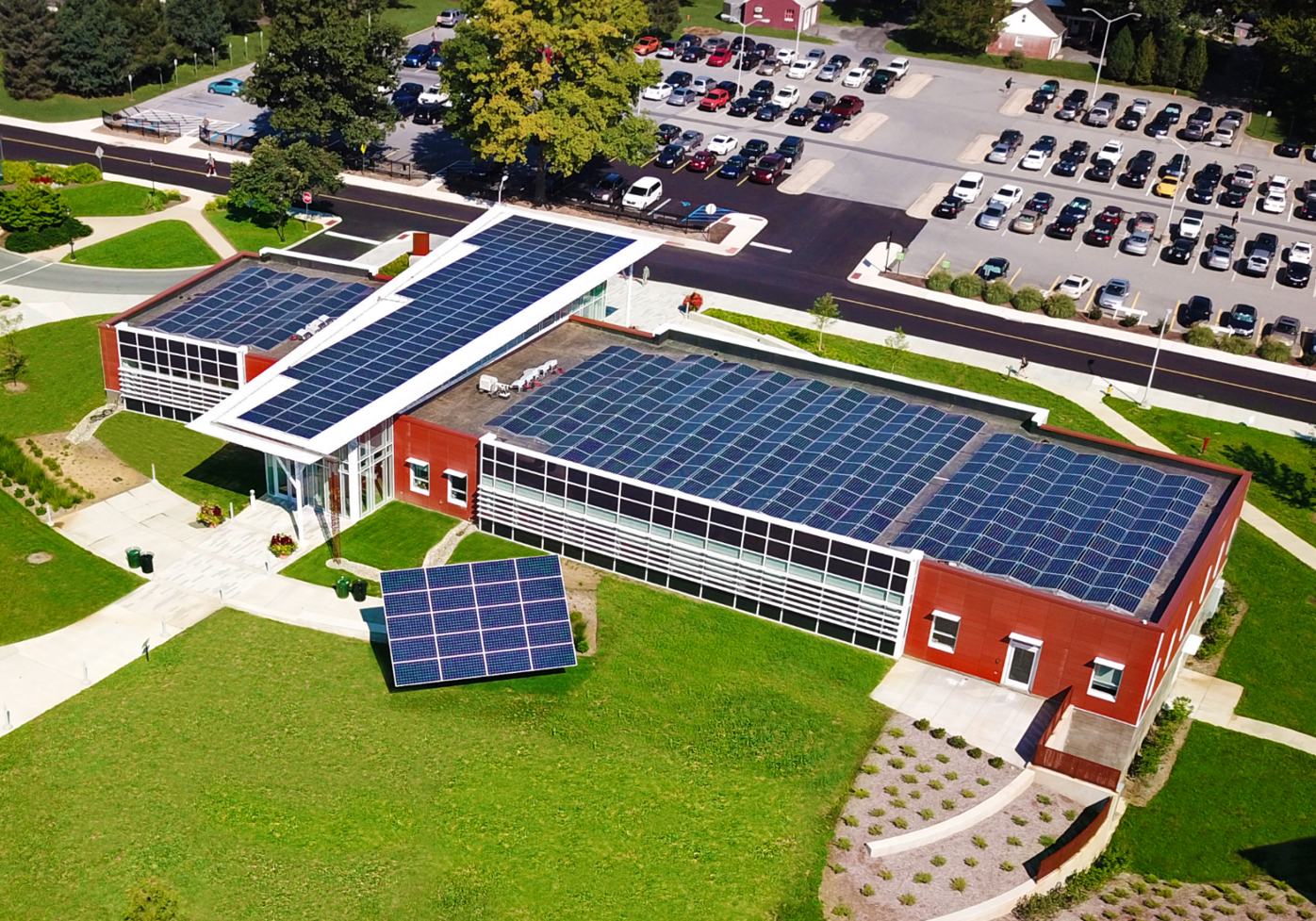 If Millersville University hopes to become carbon neutral by 2040, the Lombardo Welcome Center is a big step in making that happen. And after a year of data collection, the building provided the proof needed to become the first in Pennsylvania to receive a zero-energy certification.

To become zero energy-certified, the building needed to generate a year’s worth of energy on-site through renewable resources, like solar panels and a ground source heat pump. Lombardo did that and more. In year one, the building generated 75% more energy than used, says Chris Steuer, Millersville’s sustainability director.

The building’s efficiency already has saved Millersville $5,000 a month in energy costs, says Millersville University President Daniel Wubah. Lombardo makes the first impression on many prospective students, who start campus tours there. While the building is an example for future campus projects, it’s also something to show the public. That's especially helpful as these energy-saving features evolve, Steuer says.

He shared more about the state’s first zero-energy space.

While there are plenty of certifications, such as LEED, the campus went with Zero Energy because of its focus on energy and performance. The certification is easy to understand: Make more energy than is being used.

About 100 buildings around the country have the certification. Lombardo is one of the highest-performing buildings, according to the International Living Future Institute.

Solar panels are the stars of the building’s energy-generating side. The roof is covered with 528 solar panels.

Looking for the most-efficient solar panels, the campus picked SunPower panels (345-watt and 320-watt), which are expected to last 30 years.

#solarpanels went up on the Lombardo ground array today. The dual-axis array will track the sun as it moves across the sky.

On the ground behind the building is an array of 20 solar panels.

These panels generate the most electricity per panel at the center because they move to follow the sun.

They’re also at ground-level and hard to miss. “That’s really cool because it gets our students up close and personal to the technology,” Steuer says.

The solar panels on the roof and the ground array combined generated 200,000 kilowatt hours last year. That’s about the amount needed to power 20 homes for a year, according to the U.S. Energy Information Administration.

The back of the building has solar glass that is photovoltaic. Steuer explains the cells are like strips of tape on the glass, strips that generates electricity. But it’s not noticeably different from traditional glass.

“While the solar panels are really cool to see, the real performance starts with the fact that it’s so energy-efficient, about 70% more energy-efficient than any other building on campus,” Steuer says.

Many buildings on campus have high electricity demands in the summer for cooling. The geothermal system at Lombardo uses the constant underground temperature of 50 degrees to efficiently cool the building.

The building opened February 2018 and all of the systems were up and running by Earth Day of that year. It was the rainiest year on record, with plenty of cold days. Still, the solar panels worked.

“One of the things that popped up last year was on the second-coldest day of the year, the facility was still able to generate more energy than was used simply because it was bright blue skies,” Steuer says.

However, if snow covers the panels, that cuts down on the energy generated.

The 2019 tracking started in May. In the five months since, the building has already generated more energy than was used last year.

Week 4 at the #LombardoWelcomeCenter and we’re conserving #energy using #naturallight in anticipation of #VilleUnplugged starting next week. Doing so saves #carbon and thousands in #electricity #costs. #sustainmyville

Steuer has been pleased to see how much of the drop in energy use is due to the people who use the building. Simple things add up, such as using natural light instead of turning on lights. Not plugging in things like phone chargers when not in use and shutting off computers are not new suggestions but also help.

Lombardo Welcome Center was a $7.5 million building project. Adding sustainable features, like the solar panels, added about 15% to the cost, Steuer says. Most of these extras will cover the extra cost with energy savings. Also, donors were attracted to the sustainability goals. The building was named for Sam and Dena Lombardo, who donated $1.2 million.

Week 1 at the Lombardo Welcome Center comes to a close. We’re settled in and looking forward to all the sustainable days to come.

While a typical home might have one utility meter, Lombardo has 350 meters, tracking energy use every 15 minutes. These meters have collected data for more than a year. Now, staff is talking about what can be done with that data.

“It’s another area where you can assess the building’s performance and if it wasn’t doing as well, identify opportunities for improvement,” Steuer says. “That's exciting to be able to hand off for analysis to our students.”

“Some people might think, ‘It’s Pennsylvania. We have cloudy days,’ ” he says. “This building is showing that it’s completely viable.”

Hoya kerrii are shaped like hearts and easy to grow; Here's where to find them in Lancaster County

The heart-shaped hoya kerrii is having a moment.

Millersville University has received $3 million, its second largest gift ever, to help attract students and experienced faculty to its burgeoning college of business, the university announced Wednesday afternoon.