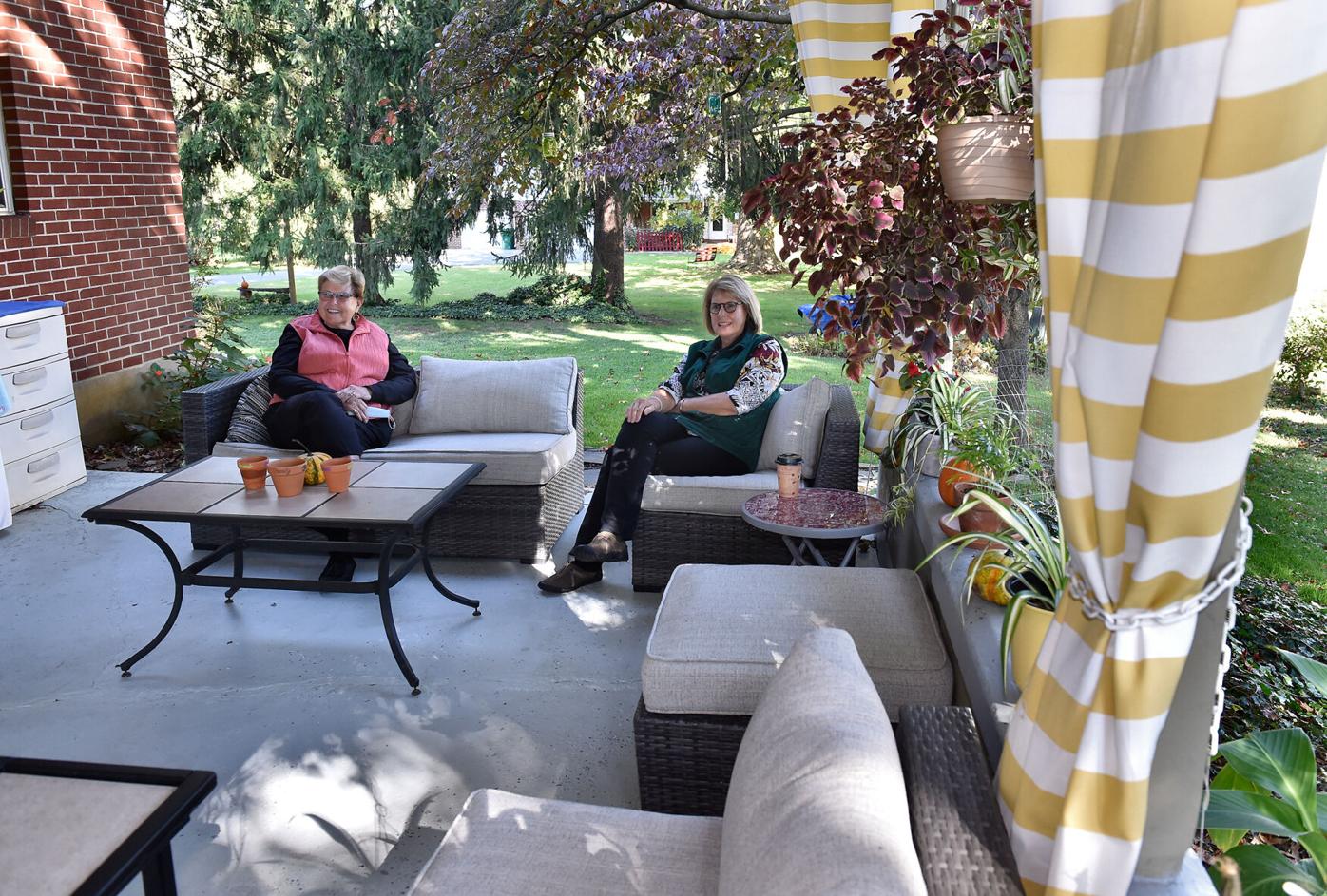 Gloria Jaremko and her sister, Pat Kohler, sit inside Jaremko's carport. Thanks to some changes in the space, gatherings didn’t have to stop even in a pandemic. 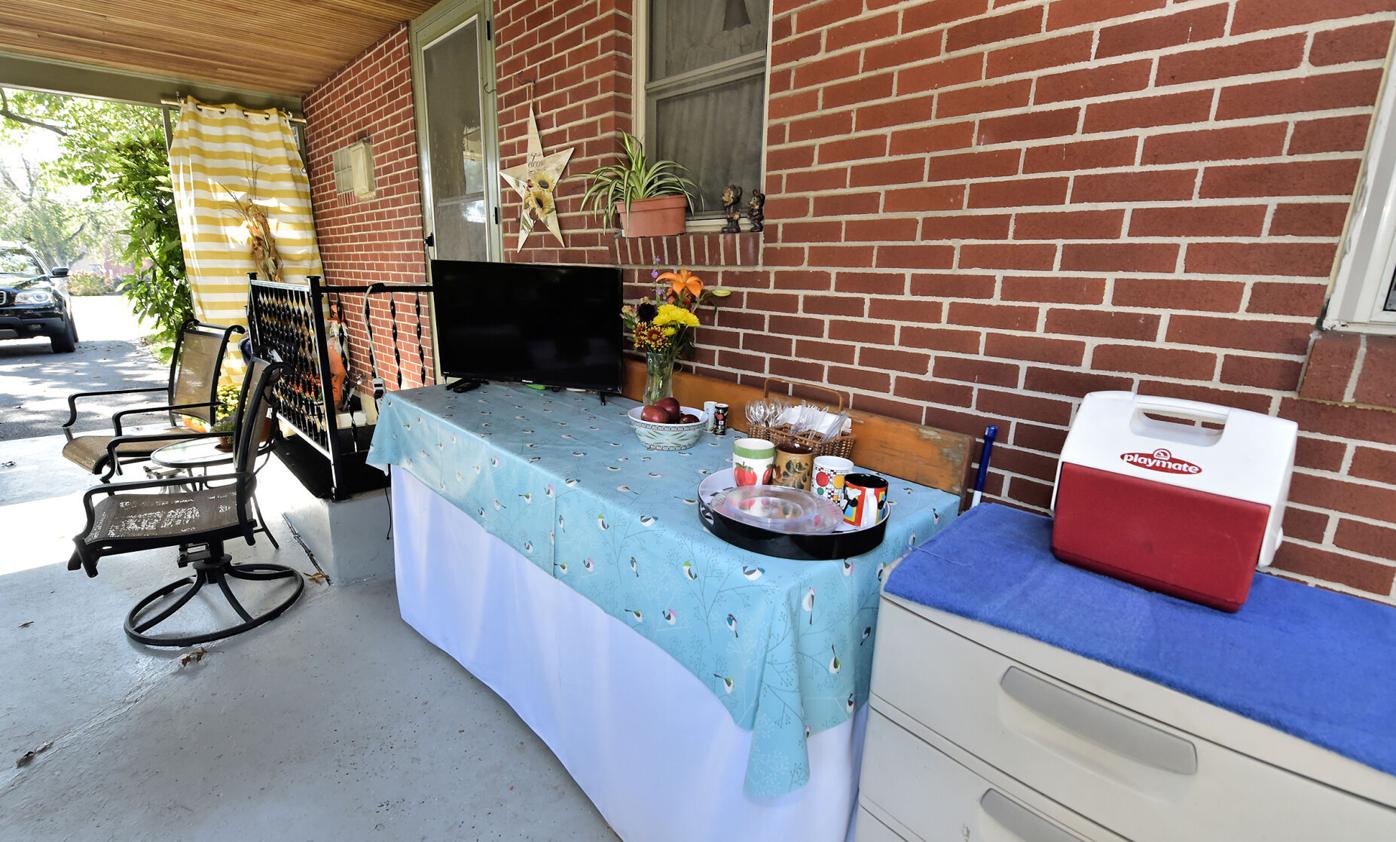 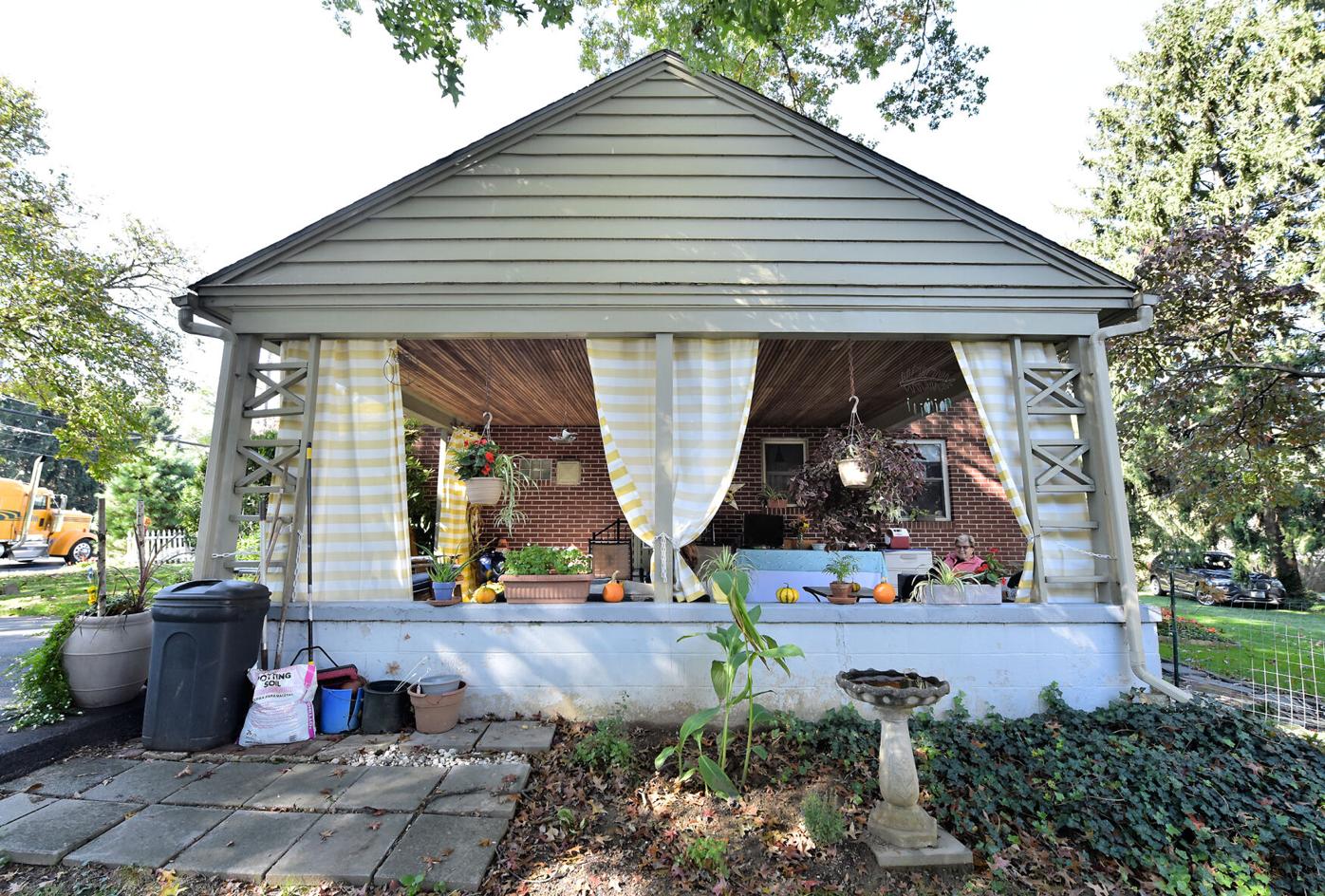 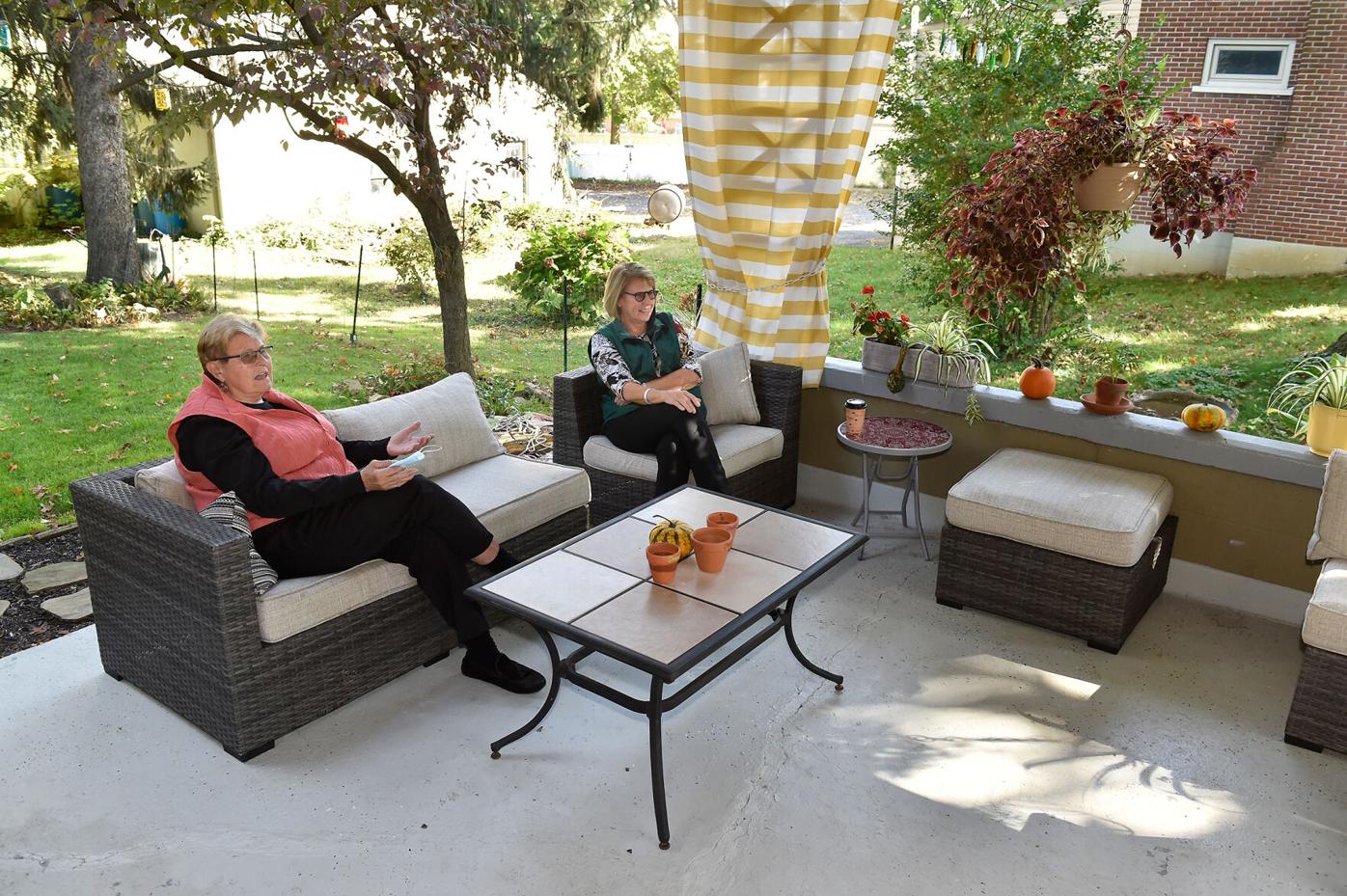 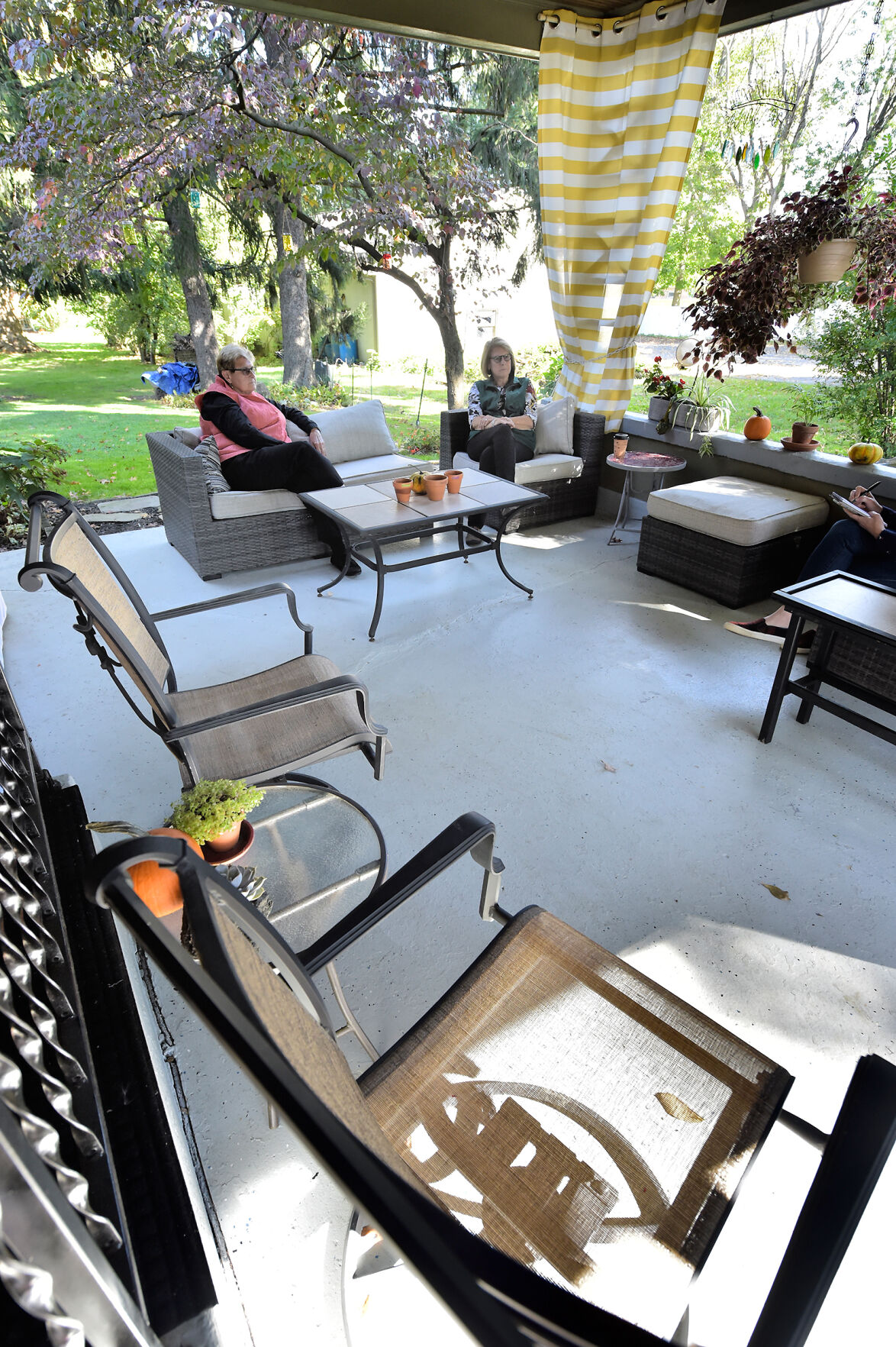 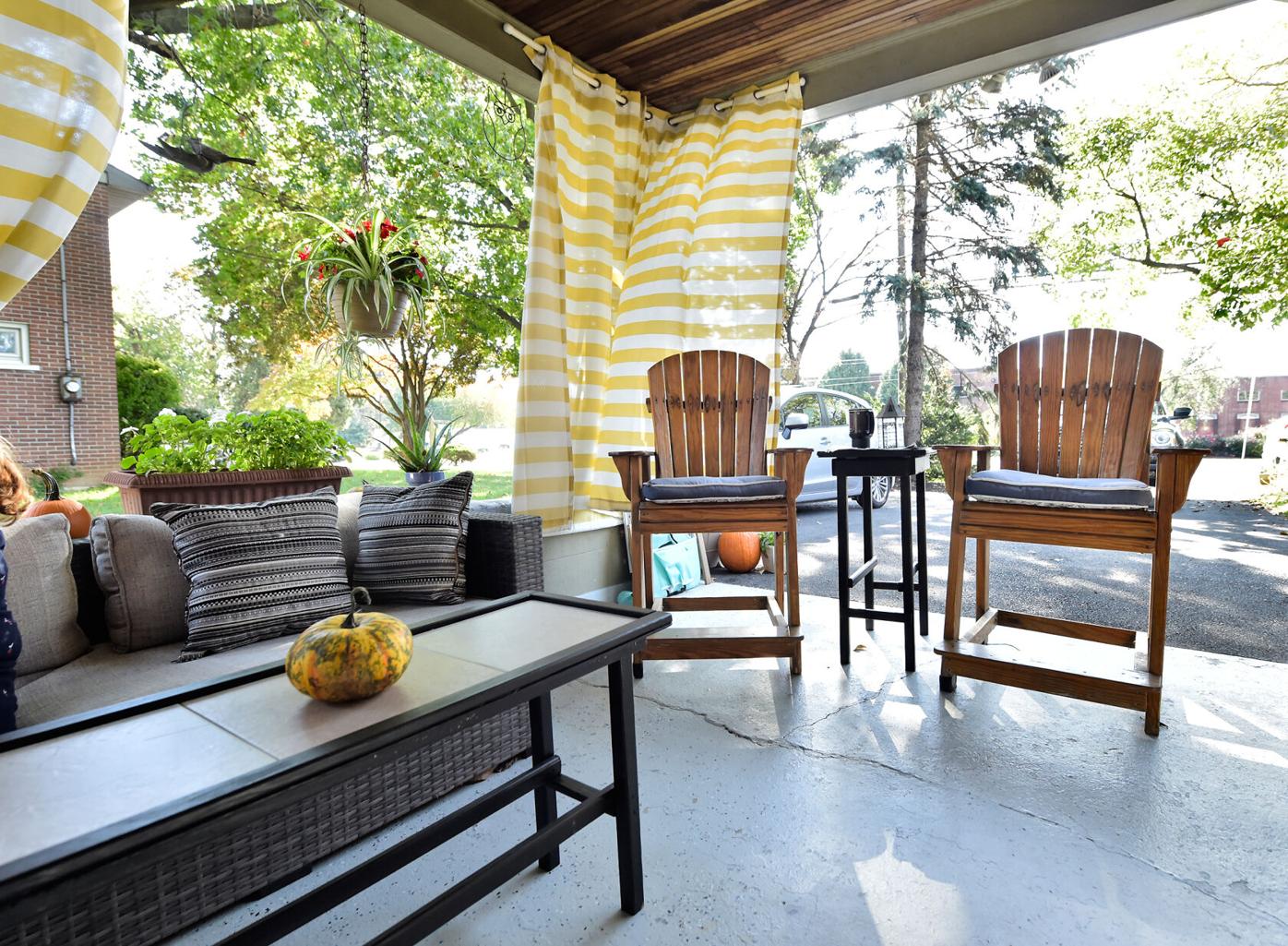 When Gloria Jaremko bought her childhood home, she inherited the honor and the responsibility of hosting some of the family get-togethers.

Thanks to some additions to the carport, those gatherings didn’t have to stop even in a pandemic. Gloria created custom touches with some HGTV-inspired DIY projects. Flexible seating allows households to keep their distance.

“To have a space where friends and family can get together, pandemic or no pandemic, is just nice,” she says.

From Queens to the suburbs

In the 1960s, Gloria’s parents, Walter and Stephanie, moved from Queens, New York, to East Lampeter Township, close to family.

Sister Pat Kohler remembers seeing the property for the first time as a child.

“There were grape vines and fruit trees down below,” she says. “Are we buying a park?”

Stephanie was an excellent cook, and the house, with its large backyard, was often the meeting spot for summer parties. The carport covered several picnic tables.

Later, Pat and her husband, Paul, built a house on part of the backyard.

After their parents passed away, Gloria bought the homestead in 2004.

When Gloria moved in, Pat found a simple work table to place under the carport and against the house. The table’s the spot for food at parties.

A tablecloth draped on top hides garden tools underneath for quick access for yard work.

Earlier this year, Gloria added a TV on top. Now she can watch the news or sports outside.

Seating used to be an assortment of wicker and lawn chairs that could be moved depending on the activity and the season.

To upgrade the seats, Gloria added two tall wooden chairs that are popular with visitors who don’t like to sit too low. She added two swivel chairs.

Most recently, she added a sectional with an ottoman and cushions. It’s comfortable and can be separated for socially-distanced gatherings or brought together. Gloria’s cat, Myla, is partial to one section.

Curtains tie the room together

A few years ago, Gloria added blue curtains in the corners of the carport and the center support.

Last year, she replaced them with yellow and white striped panels from Wayfair. The curtains give the outdoor space an indoor look. They also hide the trashcans stored outside the carport.

Gloria hung them on pieces of PVC pipe attached to the walls with hooks. They’re tied back with white chain.

For a while, Gloria had two round tables that were a little too small for plates. She made her own tile-topped tables using leftover tiles from a flooring project. This way, she could make them the height and width to match the seats. The tile tabletops lift off, making them lighter and easy to move.

Underfoot, Gloria paints the concrete floor with an epoxy coating and adds some colorful flakes, which help hide the cracks. Not having carpets in the space means fewer trip hazards.

Hanging baskets with begonias, spider plant and tradescantia bring life to one wall. They screen the area and plants are more pleasant than a lattice, Gloria says.

A place for work and fun

The carport is the place for the extended family to gather for holidays and birthdays.

Daily, Gloria has her coffee and reads the paper there. When she was a teacher, she’d go through lesson plans outside. In addition to being a local tennis official, she taught at Lancaster Country Day and in the Solanco School District until retiring.

The carport also is a place for Gloria and Pat to catch up.

When a bigger group shows up, there’s still enough room to move the chairs in case it rains.

When friends and family leave, the sanitizing wipes and cleaner can be stashed behind the TV.

Usually, by the time of the first snow, Gloria packs up the chairs and tables and closes the carport for the winter. The carport’s a meeting space, but it’s also a nice place to park the car during a snowstorm.

The curtains are the last to come down because she loves how they brighten the space.

“We’re going to keep stuff out as long as we need to,” she says.

LNP | LancasterOnline wants to know about your renovation, indoor and outdoor, for future coverage. Contact reporter Erin Negley at enegley@lnpnews.com and share why your renovation is special.