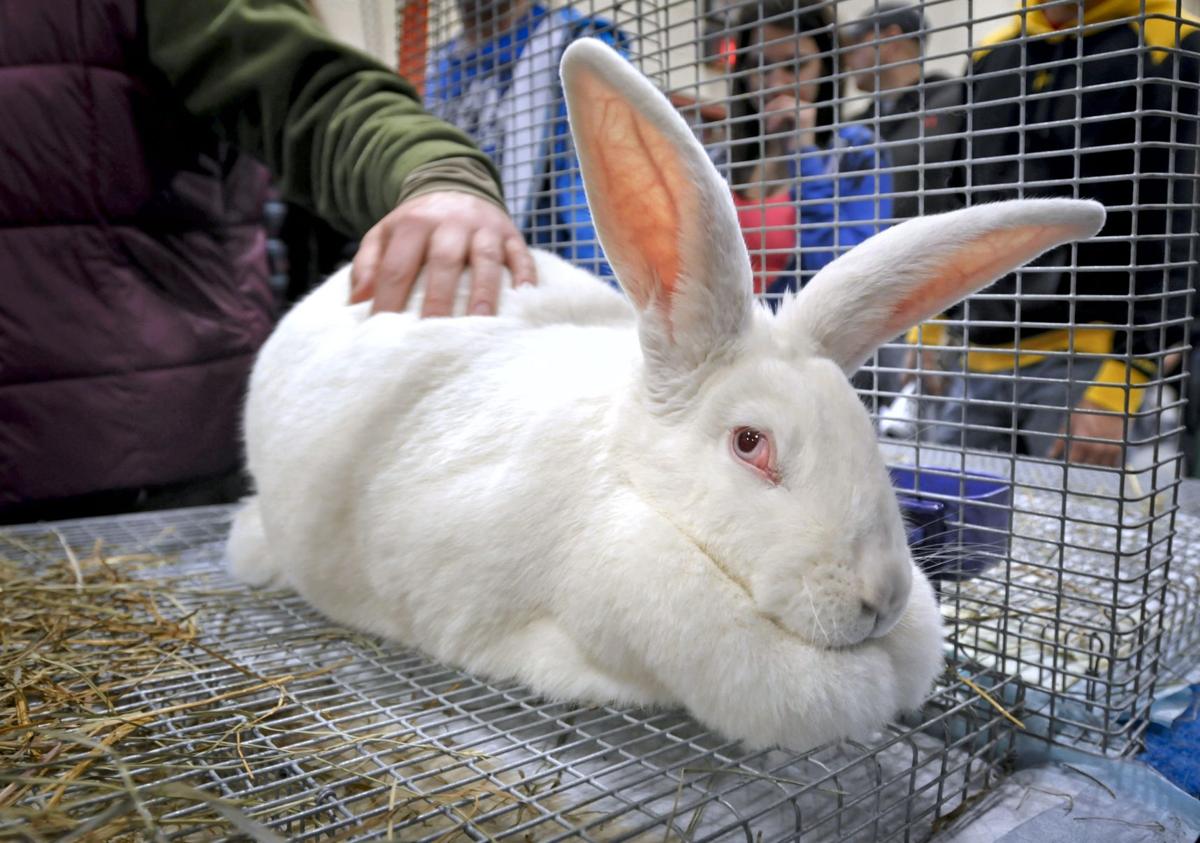 Not all the rabbits at the 2020 Farm Show will be large like this Flemish Giant White at the 2014 state agricultural exhibit. Energetic little Siamese Sable Britannia Petite bunnies, weighing just 2 1/2 pounds, will compete for the first time in January. 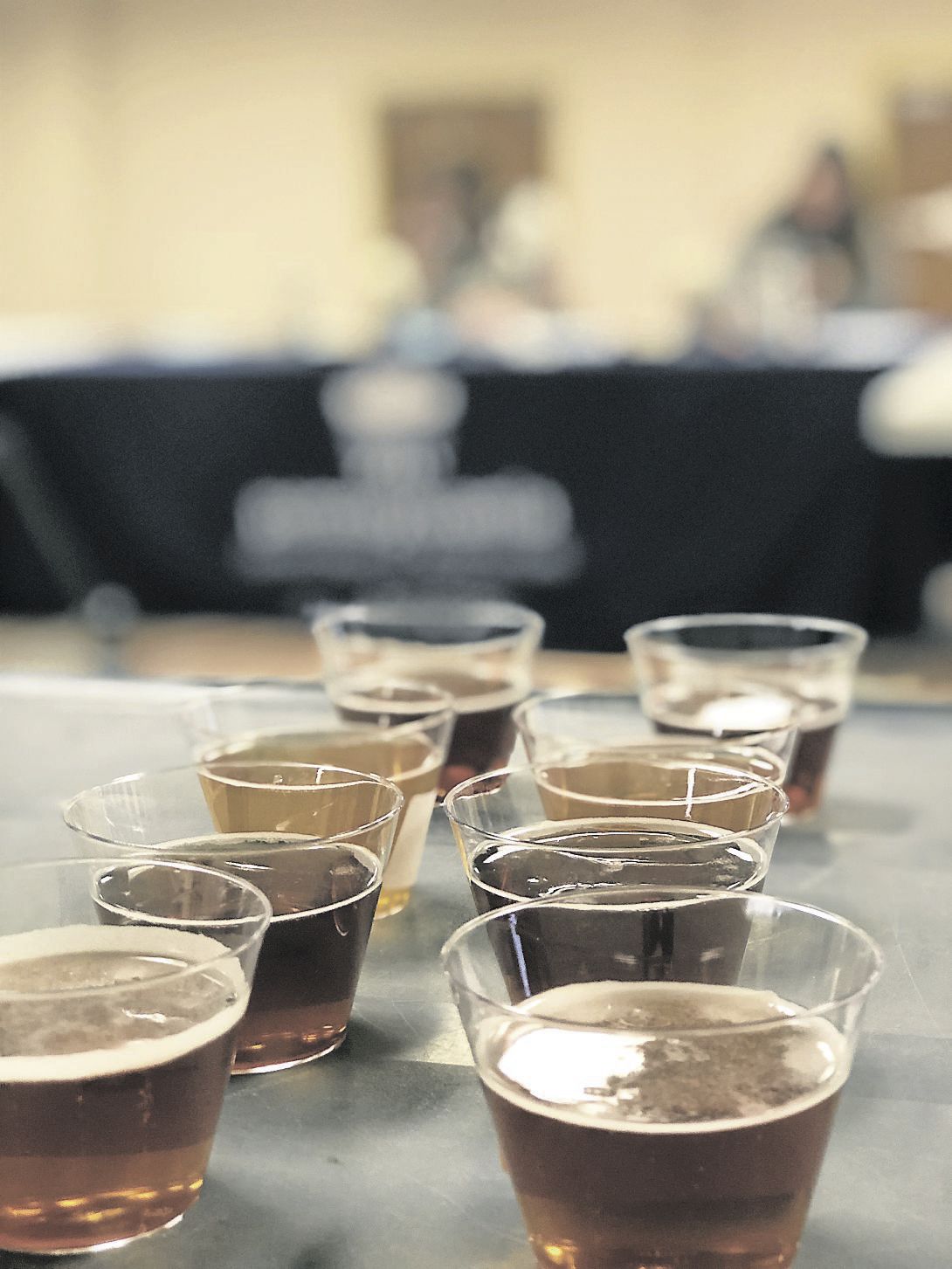 Samples of craft beer from across the state, like these from a 2019 competition, will be available for tasting at the 2020 Pennsylvania Farm Show next month.

These are just some of the new things you’ll find at the 104th annual Pennsylvania Farm Show, which opens this Saturday, Jan. 4, and runs until Saturday, Jan. 11.

One agricultural crop in the Farm Show spotlight this year, which has deep historical roots in Lancaster County, is hemp, says state Department of Agriculture press secretary Shannon Powers.

I want my milkshake: When does the 2020 Pennsylvania Farm Show open?

We may not have made it through Thanksgiving yet, but many across the state agriculture indu…

“Hemp is such a hot crop now,” Powers says. “We’ll have a hemp house, where the structural elements and some of the design elements, in a tiny house, are made from hemp.

“We’ll also have some other products made from hemp fiber, demonstrating the range of opportunities for all of the hemp producers,” she says.

“Along with the hemp house will be the 'hempmobile.' It’s a car with the interior components made of hemp,” she adds.

One of the new beverage items being served at the Farm Show next month will be Chiques Creek brand hemp tea, in original, passion fruit-mint and peach-lemon-dandelion flavors.

The tea, bottled in Lancaster County, is made with hemp seed oil, Powers says.

The Farm Show will also keep fans of bunnies and dogs happy.

Dog wardens from the agriculture department’s Bureau of Dog Law Enforcement and representatives of the American Kennel Club will have working dogs and other breeds for show attendees to meet and watch in agility demonstrations.

“Dogs are so popular, and they have certainly been an important part of farm life,” Powers says.

There will be also more classes of cute bunnies in competition, which families can enjoy throughout the week.

An energetic miniature breed of rabbit called Siamese Sable Britannia Petite, which weighs only about 2 1/2 pounds, should grab the attention of bunny fans, Powers says.

Powers says classes and categories have been added to existing competitions at the Farm Show, such as new potato candy, nut pie, fruit pie and Evercrisp apple contests within the Family Living section of the show.

There will also be more chances than in the past for Farm Show attendees to watch youth showmanship competitions, Powers adds. In those contests, youth are judged on their skill at showing their animals.

Because Pennsylvania craft beer was judged for the first time last year, she says, samples of the competitors’ brews will be available for tasting at this year's show.

“It was a wildly successful competition last year,” says Powers, "and we got upwards of a hundred more entries this year. It just speaks to how hot an industry craft beer is. Pennsylvania is number one in craft beer production in the U.S. We have some wildly creative craft brewers.

“Craft hard cider was a new competition three years ago, so this year you'll be able to buy hard cider rather than just sample it,” Powers adds. “Same with the cheese competition ... there will be cheese samples and cheese for sale. That will be in the Farm Market area, which was new last year.”

The winners of the beer, wine, cider and cheese competitions will be announced during the opening day of the Farm Show, Saturday, Jan. 4.

Artisans Alley, located between the Giant Expo Hall and the Main Hall, will feature the work of potters, chair caners, wood carvers and more during the 2020 show, including tinsmith Michael Felk. There will also be a Quilt Trail showcasing examples of the popular textile craft.

Everyone's favorite baby ducks will still be in the poultry area of the Northeast Hall, Powers says, but they won't be going down a slide.

"The waterfowl habitat is going to be an actual pond in the poultry area," she says. "Everyone loves seeing the baby ducks. This will be the baby ducks in a more natural setting, along with other water fowl, up close and personal."

And the hatching baby chicks will move back to the Giant Expo Hall, she adds, "but expanded with a lot more educational info along with it ... and a lot more chicks hatching."

If you enjoy watching movie stunts, you might like a mounted archery demonstration this Saturday night, Jan. 4, in the large New Holland Arena.

“It’s a new demonstration this year,” Powers says, featuring the Chelee Warriors Mounted Archery group. “They’ll be shooting arrows from horseback while the horse is moving. It’ll be very fast-moving, (with) incredible skill on both the rider and the horse’s part.”

Veterans and those in the military will be in the spotlight during the annual Veterans, Military & Their Families Day on Thursday, Jan. 9.

Veterans and active-duty military with a valid ID can get a free milkshake from the PA Dairymen’s Association, Powers says, and there will be many other new discounts and specials from vendors for military members and vets.

This year, she adds, there will be a huge map of Pennsylvania on which military members can place magnets to mark their hometowns and leave notes to honor those who have died.

And what would the Farm Show be without its Food Court? For those who want to sample some of the tastiest bites Keystone State agriculture has to offer, the food booths will be open from noon to 9 p.m. Friday, Jan. 3, the day before the rest of the show opens. There's free parking that day.

Among the new items to try at the farm show will be Oreos deep fried in a berry batter and Parmesan-breaded chicken meatballs — with mozzarella cheese, garlic and Italian seasonings — from regional poultry producer Bell & Evans.

The Mushroom Farmers of PA are offering a Philly Port Sandwich, filled with state-grown portobello mushrooms, garlic, onions and cheese. There will be vegan and gluten-free versions available, as well.

The Pennsylvania Livestock Association will be serving up gluten-free meatballs and a “Sausage O’ the Day.”

Vegetarian, vegan and gluten-free options, in general, will be expanded this year, Powers notes.

Well-known chefs, such as Food Network personality Jet Tila of "Iron Chef America," will prepare a variety of dishes throughout the week at the Farm Show Culinary Connection stage, Powers says.

In addition, students from culinary schools such as the Pennsylvania School of Culinary Arts — YTI will work with the chefs to prepare hundreds of food samples for the public to try.

If all this agriculture gets your kids interested in being part of the industry, you might check out the “So You Want to be a Farmer” exhibit, which will offer hands-on activities such as harvesting vegetables and getting up close and personal with vermiculture — the raising of worms.

And if the Farm Show gets a little overwhelming for your little ones, Powers notes, you can give them a respite from the sights, sounds and smells in the quiet new Low-Stimulation Shelters that will be installed throughout the complex this year.

• Admission, parking: Admission to the farm show is free. Parking in all Farm Show Complex-operated lots costs $15 per vehicle. Free shuttle buses run regularly throughout the show from the remote lots to the complex.

• Information: The full schedule for the Farm Show is here. For general information, visit pafarmshow.gov.

It’s official: The 30th annual butter sculpture at the PA Farm Show has been unveiled and it’s a tribute to Pa professional sports teams.

One of the hottest and quirkiest competitions at the Pennsylvania Farm Show in Harrisburg might be the annual sheep-to-shawl contest.

Here is a collection of our coverage from this year's Pennsylvania Farm Show, from butter Gritty to wool spinning. The show officially closes …