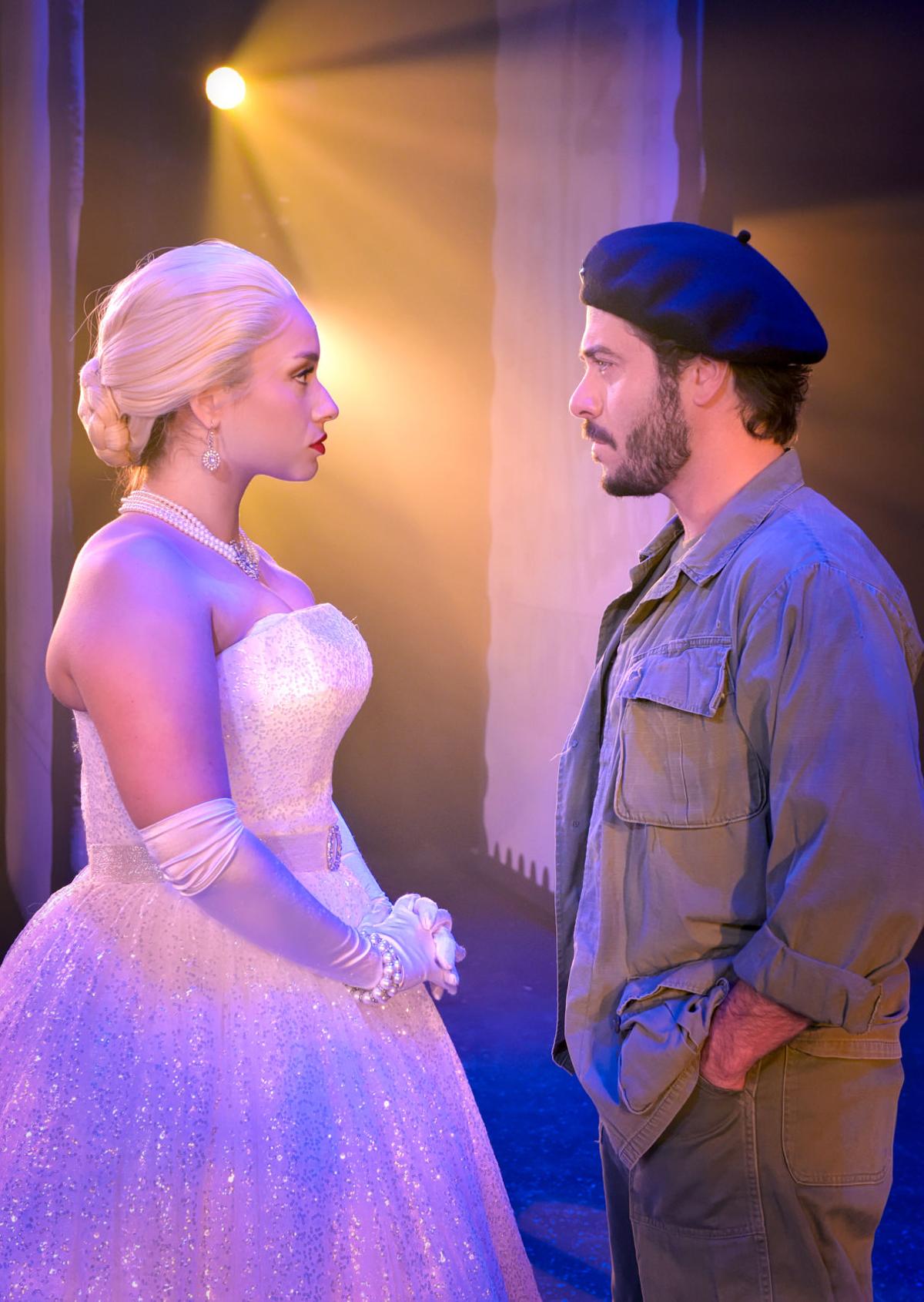 "Evita" at the Fulton Theatre. Eva is

Monica Ramirez as Eva POerson and  Omar Lopez-Cepero as CHe in the Fulton's production of "Evita." 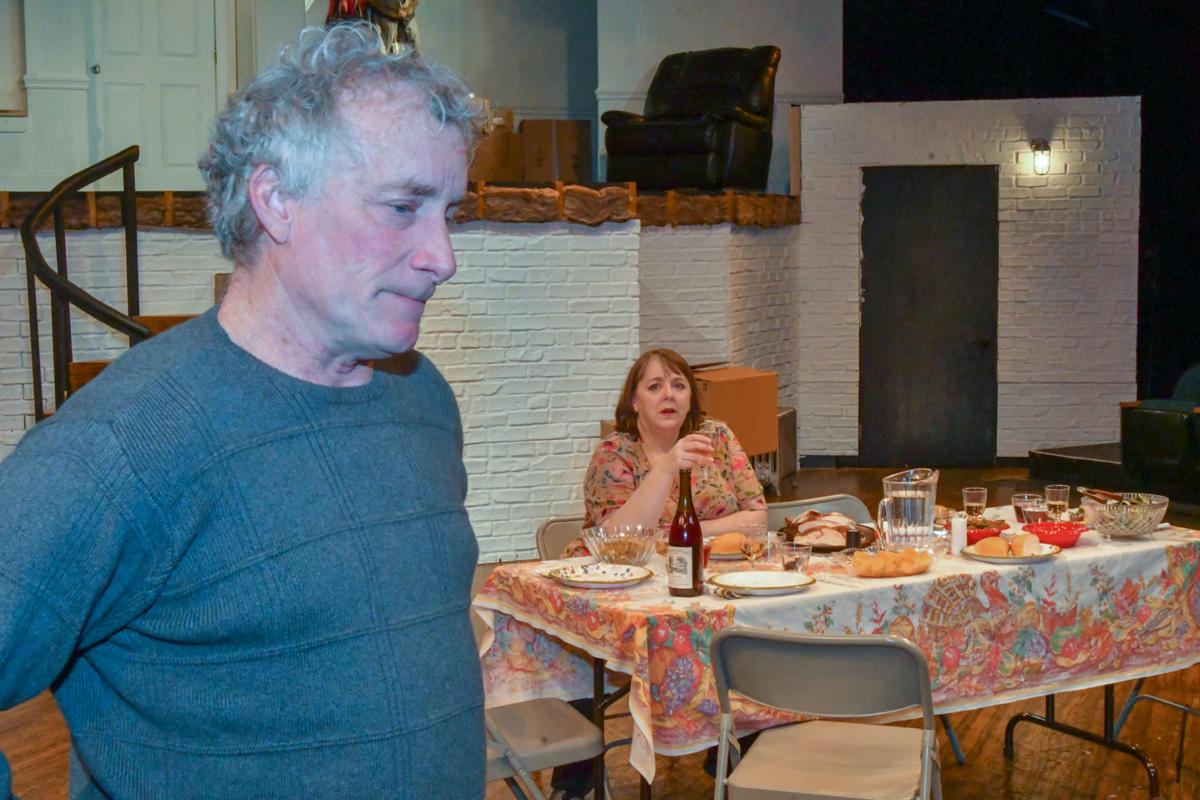 Tim Spiese, and Elizabeth Pattey in "The Humans," at Ephrata Performing Arts Center. 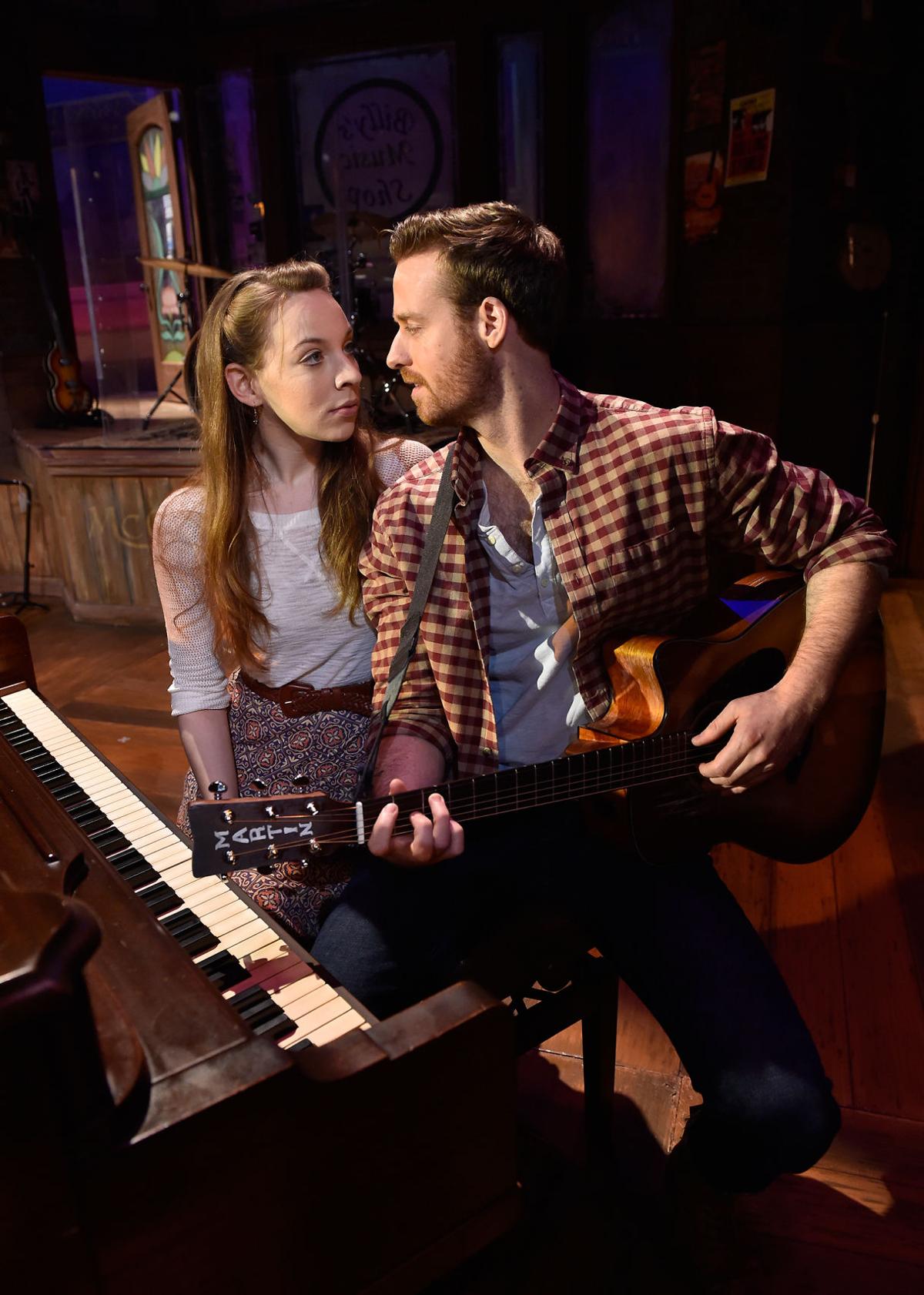 Ken Allen Neely is Guy and Katherine Fried is Girl in the Fulton's "Once." 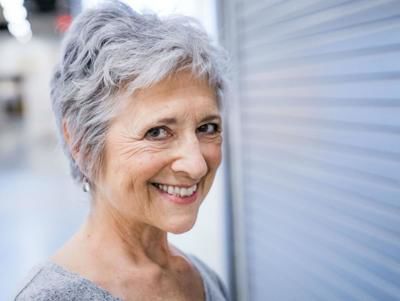 For theater in Lancaster County, 2019 was a good year with plenty of memorable shows.

It was a year of growth and a year of loss — and a year that has now come to an end, which means it’s time to take a look back.

Here, in no particular order, are some of my favorite shows of 2019.

I saw “Once” on Broadway and loved it, so I was eager to see the Fulton version. Once again, the music was gorgeous, the sadness and heartbreak felt real and the Celtic music was delightful. The excellent cast served as musicians as well, and I felt the power music can have in people’s lives.

The story of America at the turn of the last century was big and bold in its emotions, its dreams and its talents. All the cylinders were running in this one. The costumes, the set and the orchestra were all perfect. Randy Jeter was an excellent Coalhouse Walker, and Stacia Smith as Mother and Sean Young as the Immigrant were wonderful as well. But it was Noah Woods as the Boy who stole the show for me. Can’t wait to see him onstage again.

When I first moved to Lancaster, Camilla Schade was one of the leading actors in the area. I loved her work, especially a play she wrote called “Emily Stickenstones.” She moved away from Lancaster and settled in the Ithaca, New York, area with her new husband. But this past April she returned to perform her one-woman show, “Bones,” about facing her imminent death after a terminal cancer diagnosis. It was a play that was both delicate and strong, steadfastly brave and filled with wit and warmth. She died less than a month after the performance. I deeply regret her death, but “Bones” filled me with the joy of her spirit.

This rarely performed musical was a true treat. Michael Santora did an amazing job settling into his role as Will Rogers, the wry cowboy from Oklahoma who became a newspaper columnist, actor and star at the Ziegfeld Follies. Rogers said “I never met a man I didn’t like,” and he was actually telling the truth. His charm and decency were a good tonic for our troubled times.

It’s funny how a cynically dark show like “Chicago” can bring such joy to an audience. This Fulton production was razzle-dazzle from start to finish. The cast, the costumes, the choreography were all spot on. And Heather Parcells as Velma Kelly and Jessica Lee Goldyn as Roxie Hart were filled with great energy, talent and charisma.

The hysteria of the Salem witch trials came to life in this excellent production of an Arthur Miller classic. The large cast did a superb job planting the seeds of paranoia, and the production proved that “The Crucible” is still relevant.

Every once in a while, a play comes along that speaks to our times in a profound way. Stephen Karam’s “The Humans” is one of those plays. A family gathers for Thanksgiving dinner, filled with the everyday frustrations of life. But something devastating has happened, and it is slowly revealed during the night. It’s a reminder of the precarious way so many people live their lives these days.

I’ve got to admit, “Evita” is not one of my favorite shows. But this production was so rich, the acting was so good and the singing was out of this world. I have not seen a better production. Kudos to Monica Ramirez as Evita and Omar Lopez Capero as Che.

There was some big theater news this past year.

The Fulton is in the midst of a $29 million renovation and expansion. New performance spaces, new housing for actors, a new lobby and more will turn the Grand Old Lady into a performing arts center.

Rainbow’s Comedy Playhouse in Paradise closed abruptly this summer. Little was stated publicly about the closure and numerous people already had paid for upcoming shows that will never be staged. Illusionist Brett Myers announced that he will be leasing the building and opening his Magic and Wonder show in April.

And Prather Entertainment, which runs Dutch Apple Dinner Theatre, took its production of “Wizard of Oz” to the Middle East and China during the summer and fall.

Who stole Christmas? Young detectives will be searching at the North Museum

Rock Ford celebrates Yuletide after the hectic holiday of Christmas

A program for the poor, a train wreck, and a man of future fame buys a farm [Lancaster That Was]

A year in review: everything from favorite albums to most-read stories on LancasterOnline [collection]

Here is 2019's year in review, featuring everything from most-read stories to weather events, to best theater performances.