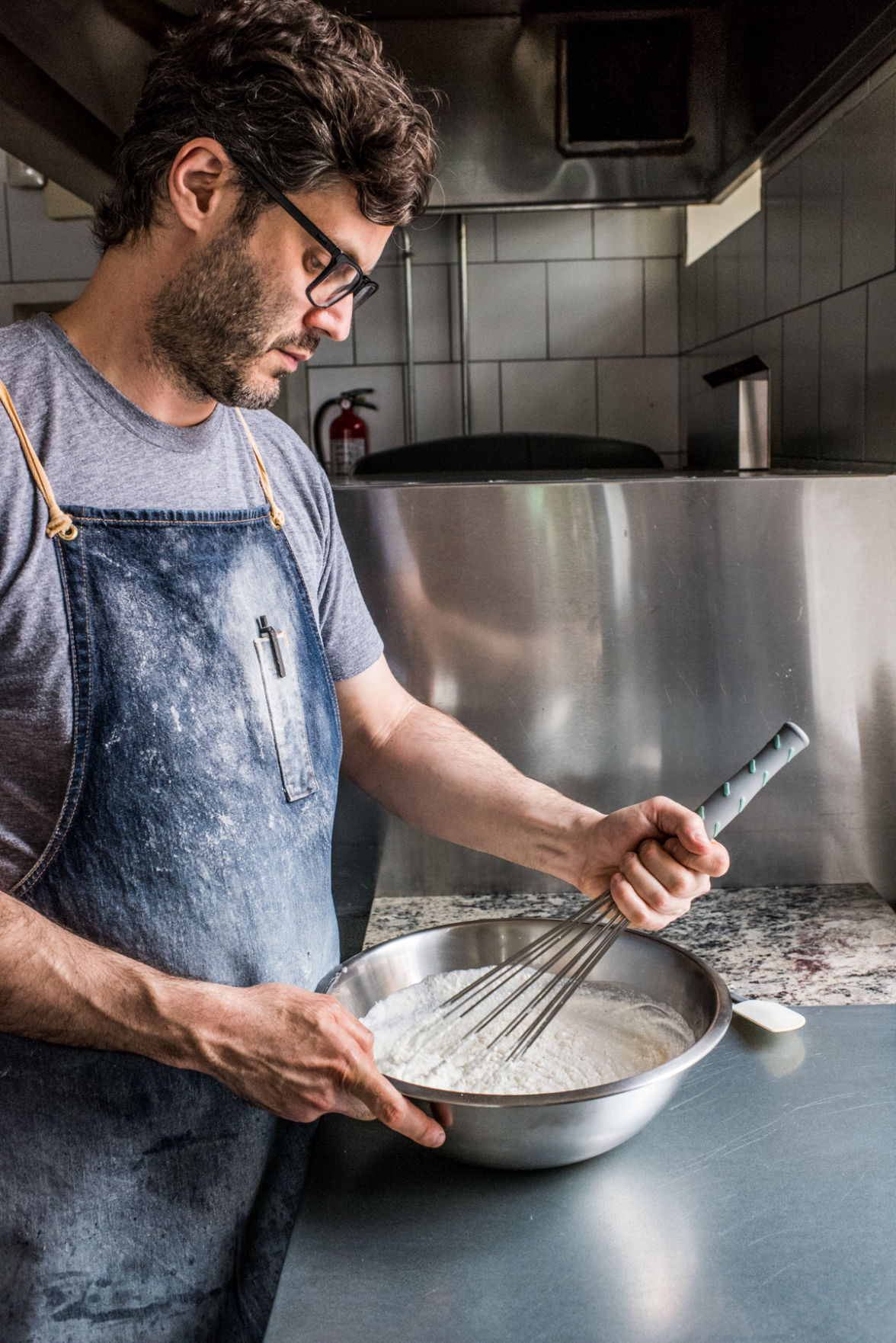 In this photo from his book, "Pizza Camp: Recipes from Pizzeria Beddia," Joe Beddia makes dough at his former location in Philadelphia. 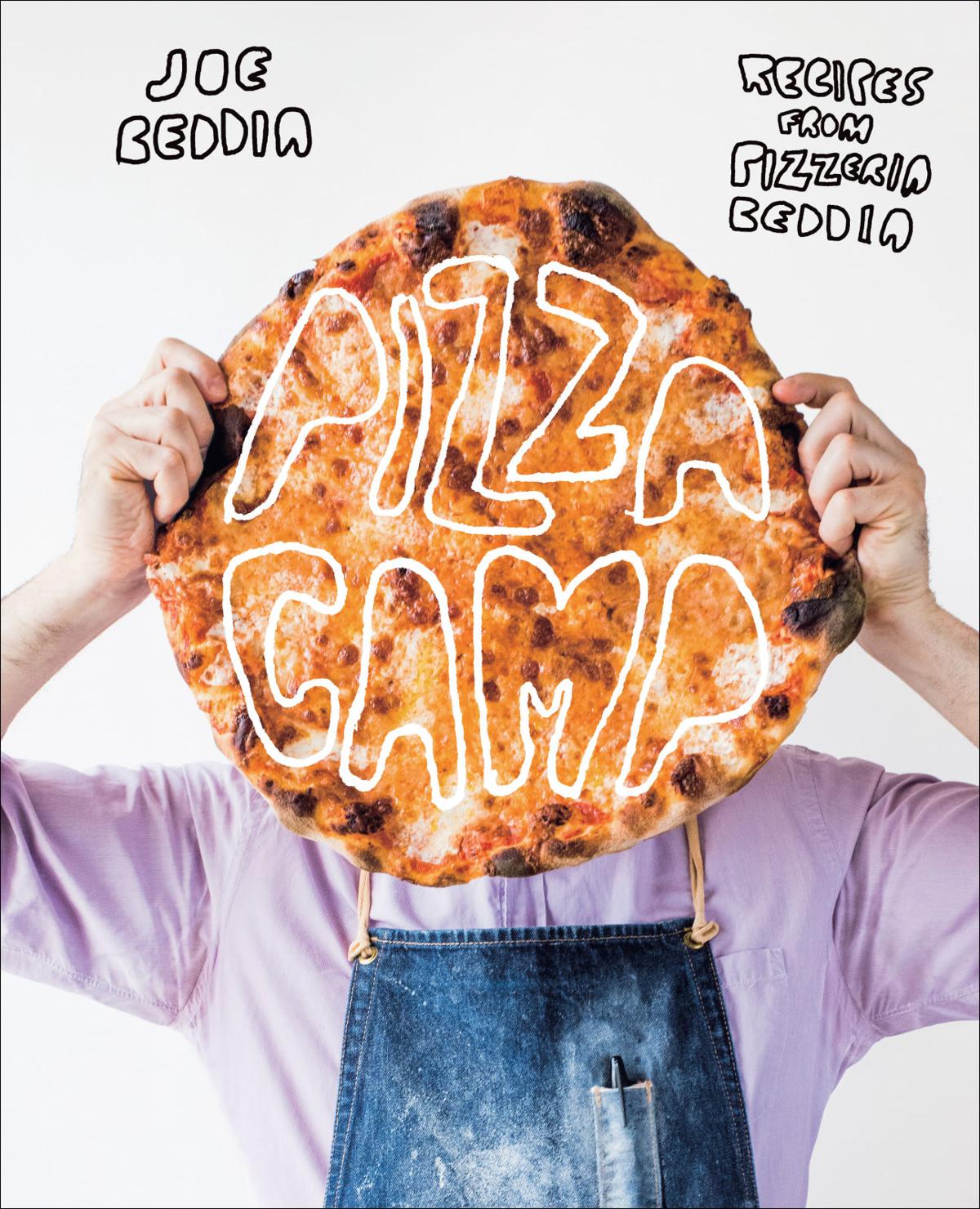 Joe Beddia wrote "Pizza Camp" and his restaurant has been named one of the best places to eat in the world.

Its pizza has been named best in the nation by Bon Appetit.

It’s been named one of the 100 greatest places to visit by Time magazine and one of the best new restaurants in the country by Esquire.

After selling 40 pizzas a day from 2013 to 2018, out of a tiny shop on East Girard Avenue that had no seating or phone number, Pizzeria Beddia reopened this past spring at 1313 N. Lee Street in Philly's Fishtown neighborhood. Bon Appetit had declared the shop’s pizza the best in the country in 2015.

“It’s rare when a place lives up to the kind of hype that has followed Pizzeria Beddia,” Laban wrote in his recent roundup of the best Philly eateries and chefs of 2019. “It is even rarer, though, to find such a place that can then translate such exclusive cult success into a more accessible vision for the masses.”

Laban says Beddia, in partnership with the Defined Hospitality restaurant group, has transformed “an industrial space on a Fishtown alley into an airy, rambling set of joyful rooms and al fresco tables where several hundred people a night can now partake.”

In a separate article about the best things he has eaten in 2019, Laban also bestowed his “Bite of the Year” designation on Pizzeria Beddia’s “hoagie omakase” room. It’s a small reservations-only room in the back of the eatery where groups of six people feast on a tasting of special hoagie creations on house-baked seeded rolls by John Walker — known as “Hoagie Wan Kenobi,” Laban notes — along with appetizers, pizza, a cocktail and dessert.

In particular, Laban praises Pizzeria Beddia’s Italian hoagie, with its “sheer pink sheets of spicy capicola and sweet mortadella peeled straight off the slicer, summer-ripe tomatoes, a cushion of shaved iceberg adding spring beneath the young provolone … framed by the delicate fresh crunch of both top and bottom crusts, which still resonates in my mind months later.”

These are just the latest in a string of accolades Beddia's eatery has received.

Pizzeria Beddia was number four on Esquire magazine’s November list of the best new restaurants in the country for 2019. It was among Time’s August list of 19 best places to eat in the world, and was among Bon Appetit’s 50 nominees for best new restaurant in September.

Beddia is the author of the 2016 cookbook "Pizza Camp."

Hempfield native's restaurant named one of the Top 25 in Philly

Pizzeria Beddia, a Philly restaurant from a Lancaster County native, is named one of the world's best places to eat

For more than a month, Corey Kuchinsky, a 26-year-old Pottsville native who now lives in Lancaster, has been spinning out personal-sized sourd…