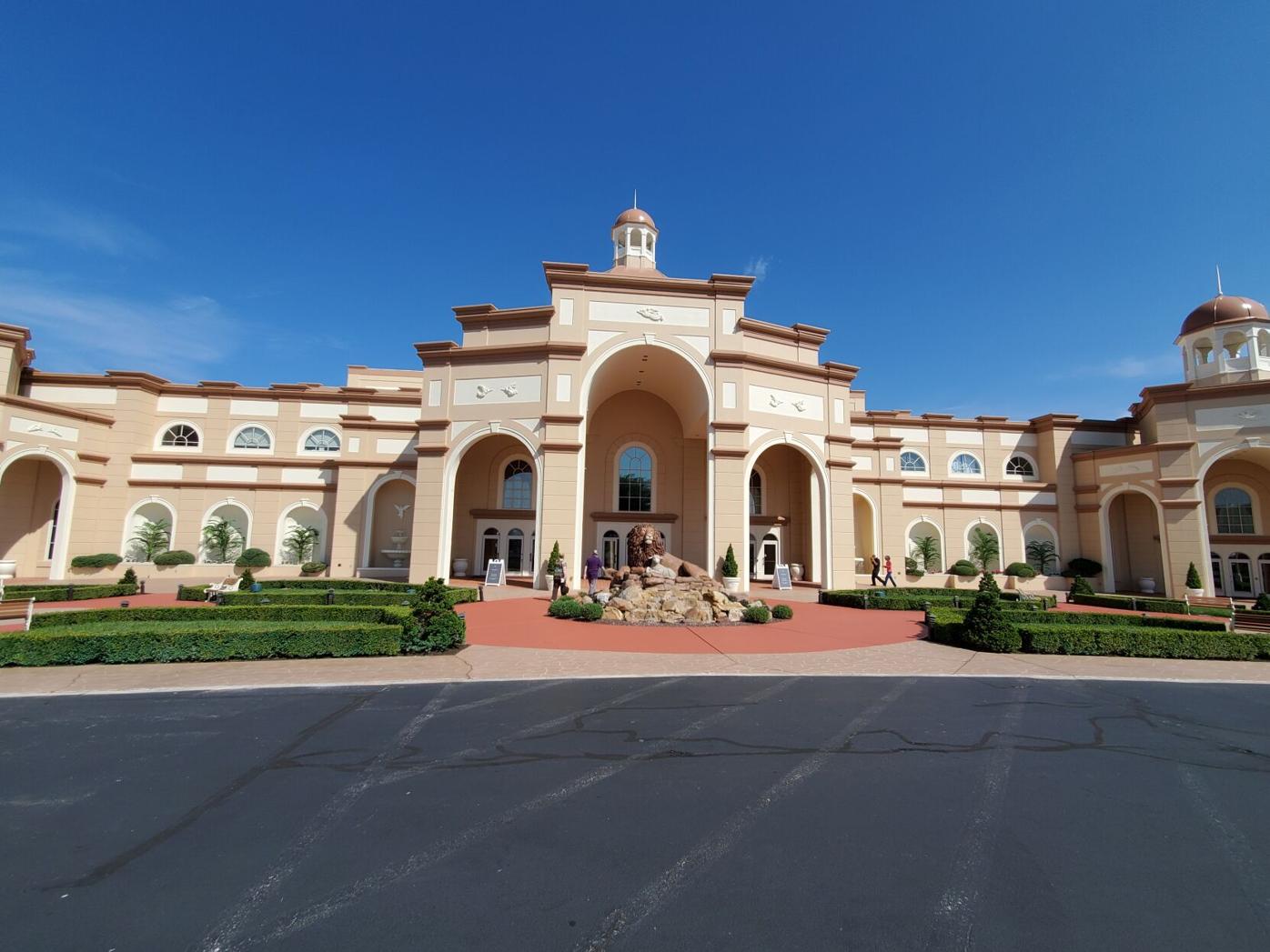 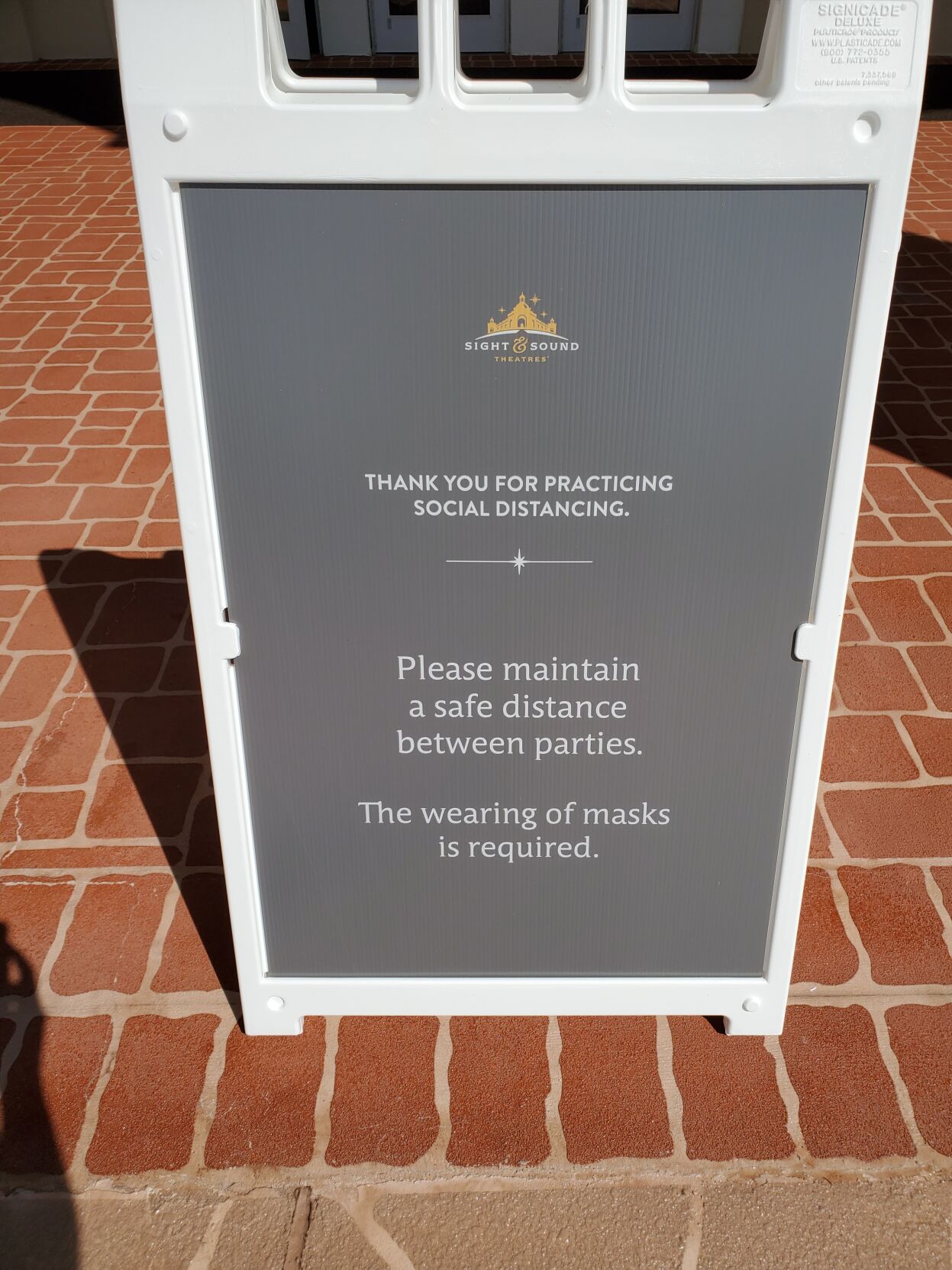 A sign outside of Sight & Sound Theatre in Ronks, PA, reminding guests about COVID-19 precautions. 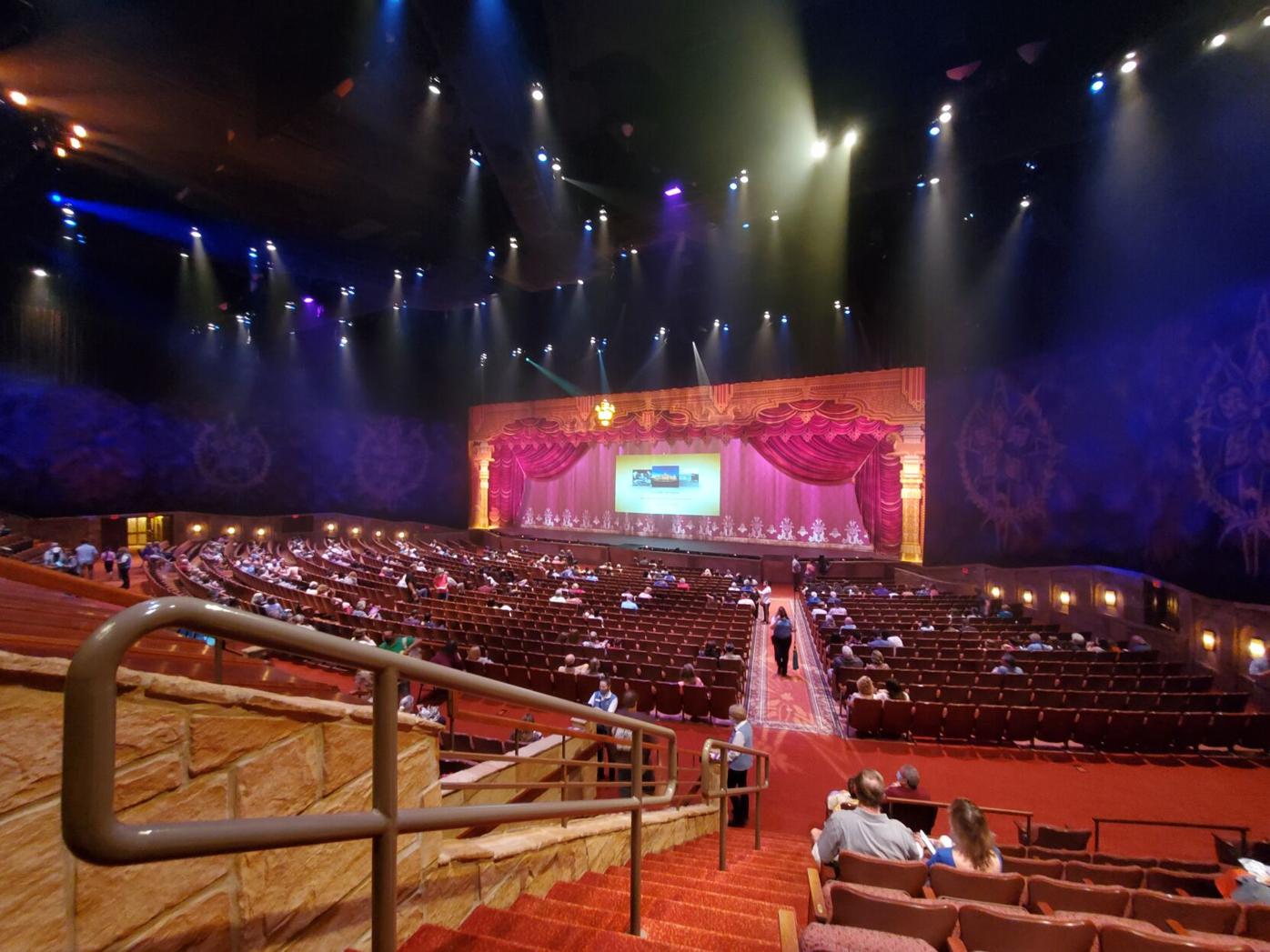 Inside Sight & Sound Theatre, 10 minutes before the beginning of the new show "Queen Esther."

A sign outside of Sight & Sound Theatre in Ronks, PA, reminding guests about COVID-19 precautions.

Inside Sight & Sound Theatre, 10 minutes before the beginning of the new show "Queen Esther."

In the first 15 minutes of Sight & Sound Theater’s new production “Queen Esther,” there is a scene that ends with one character telling another to cover her face before they leave the house.

The context of the scene concerns the main character, Hadassah - who becomes Esther later in the show - and her cousin Mordecai, who tells Hadassah to cover her face for modesty purposes.

In that beat, sitting in the cavernous Sight & Sound Theater on Route 30 in Ronks, I let out a quick, quiet chuckle. After all, I was sitting among hundreds of people wearing face coverings.

Well, most of us were, anyway.

Lancaster County’s Sight & Sound opened its doors to the public for the first time in seven months on July 30, or for the first time since before COVID-19 shuttered entertainment venues across the county. The theater had been set to premiere “Queen Esther” in March, making it as far as a few dry runs of the show for friends and family.

Upon reopening, the theater stressed new health guidelines for shows including wiping down shared surfaces, a new ionized air filtration system and cutting available seating to 15% of its capability, roughly 300 out of 2,000 available seats. Another of those toted health regulations includes the stressing of patrons and staff to wear a mask while they’re in the theater.

On August 19, LNP|LancasterOnline.com received a letter to the editor about that last health point. In her letter, Linda Kilcrease of West Lampeter Township claimed that most attendees went without masks and Sight & Sound didn’t enforce the state regulation.

I bought a ticket for an 11 a.m. performance of “Queen Esther” to check the scene out for myself.

In front of the main doors to the theater, near a statue of a lion and lamb, were several prominent signs that read “Thank you for practicing social distancing. Please maintain a safe distance between parties. The wearing of a mask is required.”

As I stood near the entrance, fumbling with my phone to find the email with my ticketing information, I heard a young child say, “Mom, do I have to wear my mask?” The mom, who sounded like this was not the first time that she had been fielded that question, replied “Just wear it until we get into the theater.”

Settling into my aisle seat separated by a dozen seats from a family of five, I surveyed the scene. A woman at the front desk explained to me that the theater is attempting to leave a full empty row between each set of patrons, hypothetically reaching the six-foot separation in front and behind.

Outside of the glaring omission of two full rows in succession in the back of the center section, the theater seemed to accomplish that tricky task.

I was initially taken aback by the sparseness, with families and couples dotting the space. For a previous assignment, I served as an honorary member of the Sight & Sound stage crew on an afternoon performance of “The Miracle of Christmas,” and I remember the few times I was able to peek from behind the curtain and seeing every seat filled.

Sneak peek at Sight & Sound Theatre: What it's like on 'The Miracle of Christmas' stage crew

Editor's note: This story was originally published in Nov. 2019.

Just before the show began, a voice came on the loudspeaker. After the customary reminders about concessions and staying out of the aisles so as to not be run over by galloping horses, the staff member reiterated wearing a mask and keeping a distance. “We each play a part in keeping people safe,” she reminded us.

For reference, here is the national Centers for Disease Control and Prevention’s guidance on masks:

“CDC recommends that you wear masks in public settings around people who don’t live in your household and when you can’t stay 6 feet away from others. Masks help stop the spread of COVID-19 to others. Wear masks with two or more layers to stop the spread of COVID-19. Wear the mask over your nose and mouth and secure it under your chin. Masks should be worn by people two years and older. Masks should not be worn by children younger than two, people who have trouble breathing, or people who cannot remove the mask without assistance. Do not wear masks intended for healthcare workers, for example, N95 respirators.”

The lights went down as the show began, and dozens of people immediately pulled their masks right down or off.

Now, if you’re not familiar with a Sight & Sound production, it is not like a standard stage play in which the lights go down and it’s more or less pitch black. Different forms of light, be they house lights or stage flames, are constantly brightening the entire space in front of the 300-foot panoramic stage.

This is all to say that it’s not like people were acting as if they were stealing a cookie from the cookie jar and hiding it in their pockets. It seemed very brazen to me, like they were taking a breath of fresh air, which, ironically, is a good way to contract an airborne virus. Throughout the show, an elderly woman across the stairs to my left repeatedly lowered her mask to cough into what appeared to be the same tissue, stuffing it in and out of her pocket whenever necessary.

A year ago, I would have thought, “Wow, that woman’s coughing is really distracting me from this show.” In the current day, I thought, “Wow, I need to get several yards away from this person immediately.”

When the house lights came up for intermission, some people quickly put their masks back on. Others took their time, going as far as ordering concessions and walking around the gift shop before dutifully putting the masks back on, as if the thought just occurred to them.

I approached one of the ushers near my section and asked if it has been normal for people to wait until the lights go down to take their masks off. In a tone resembling the mom I overheard earlier, she kindly explained that the theater does all it can to remind people to wear masks, but since there isn’t a legal requirement for people to do so, there isn’t much else they can do.

And in some cases, what can they do? I instantly thought of a story from earlier in August, when a couple sent a 17-year-old Sesame Place employee to the hospital with a busted jaw because he asked them to abide by the park policy of wearing a mask. Or the incident in Bethlehem in which a man opposed to wearing a mask inside a cigar shop shot at the employee from outside.

Across the state of Pennsylvania, Gov. Tom Wolf has given authority to local and state police, the Departments of Health, Agriculture and Labor and Industry to enforce safety orders, up to and including doling out fines and other criminal penalties.

And how was “Queen Esther”? As with all Sight & Sound productions, it’s truly a spectacle, on such a scale as to warrant the license plates I saw in the parking lot from New York, Delaware and beyond. The cast, crew and animal performers brought to life a show that under normal circumstances would already have provided an escape to patrons, but in the current moment, means just a little more.

One particular scene, however, really resonated with me and was fitting given the current circumstances. In it, Mordecai questions his upstairs neighbor, who Mordecai just learned works at the palace that he needs to get into. Mordecai asks what he is working on, and the neighbor replies that he’s writing down Bible verses.

The neighbor then read off a version of James 4:17.

“If anyone, then, knows the good they ought to do and doesn't do it, it is sin for them.”

Sight & Sound Theatres to broadcast 'Jonah’; here’s how to watch

In 2003, 14-year-old Brandon Gepfer was dropped off by his mom at the Chameleon Club to see the Lancaster stop of the "Rock Against Bush" tour…

The Red Rose Film Festival, initially scheduled for the first weekend in November, has been postponed to 2021.

After a steady six months and counting of pandemic-related news, it’s hard to imagine anyone excited to voluntarily put themselves in a positi…

Sight & Sound's 'Noah' airs on TV this weekend; Here's how to watch

Sight & Sound Theatres is known for its larger-than-life stage productions of classic Bible tales on its 300-foot wraparound stage, often …