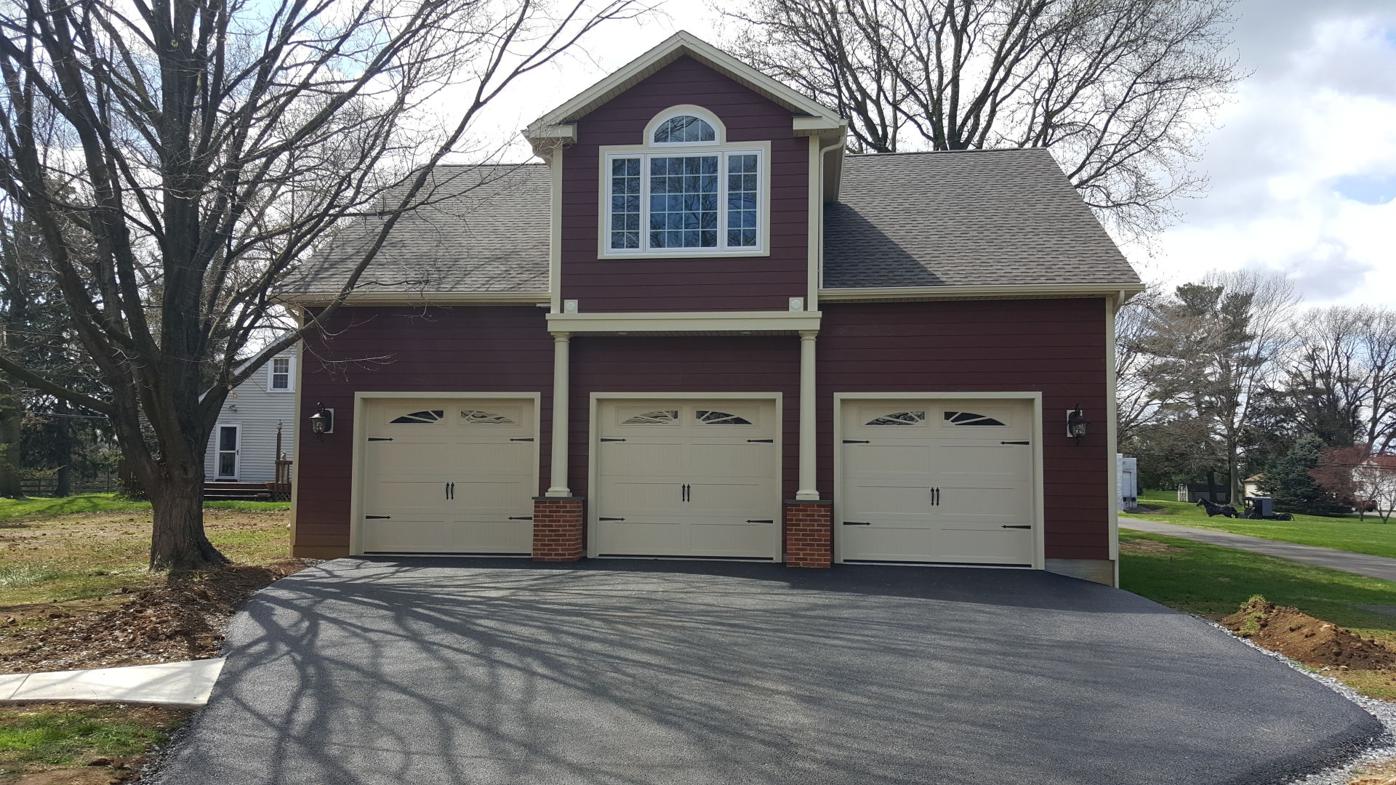 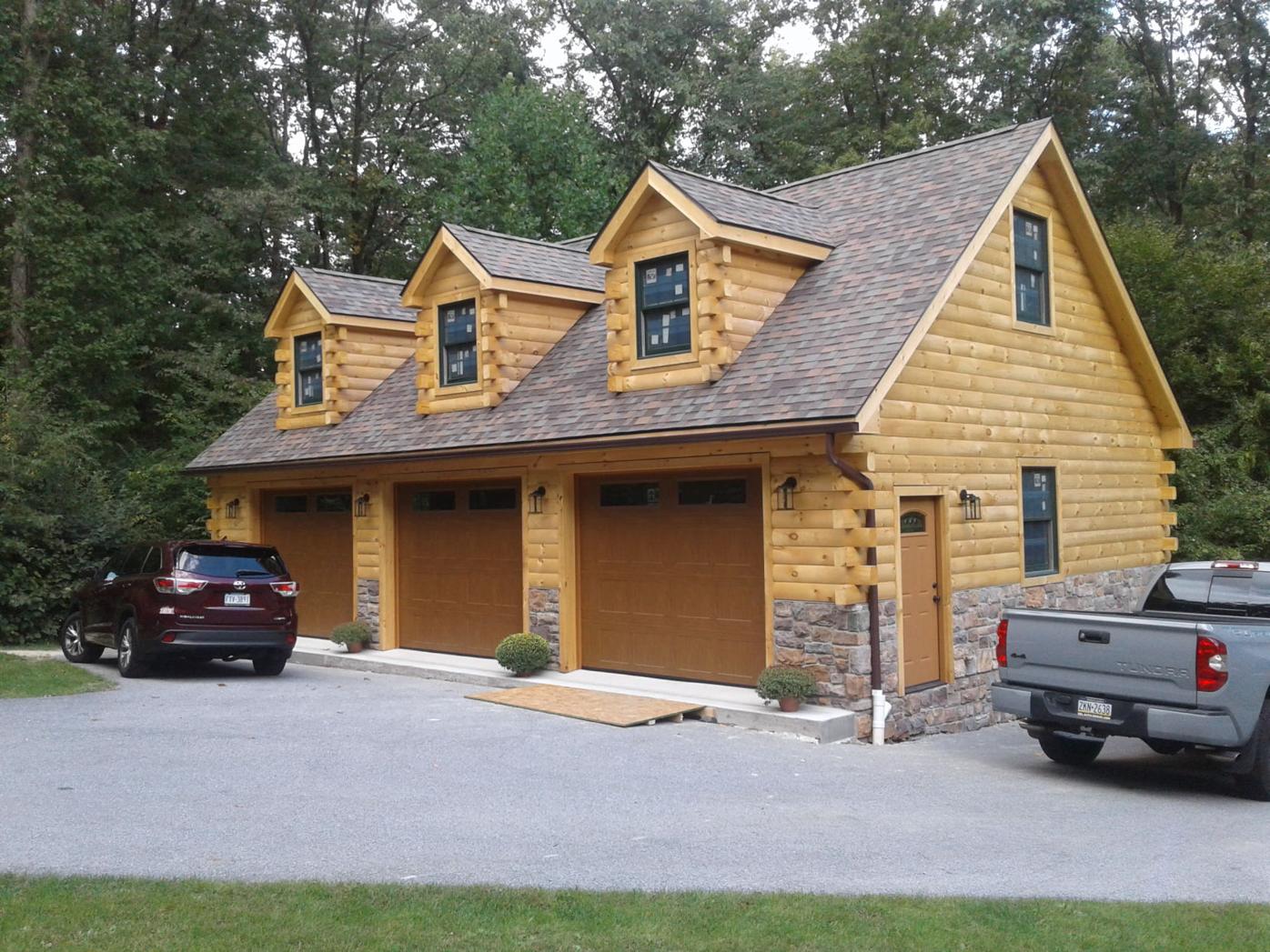 Far too often, the garage winds up as the ugly, unkempt ruffian of the home. Yes, it can hold a car — or several — but it also becomes a graveyard for half-used paint cans, gardening tools, flat-tired bikes and lawn movers that gave up the ghost long ago. But all that is changing. Now a lot of effort goes into making the garage much more than an afterthought.

“These days homeowners want garages that are as stylish as their homes,” says Eli Esh of A & E Builders in Bird-of-Hand. “That makes us very happy. We’ve specialized in garage building for years, and it has always been our philosophy that the garage, whether attached or detached, should complement the home. Why it has taken 100 years since the invention of the car to acknowledge that the garage deserves good design is a mystery to me.”

Homeowners finally agree, Esh says, that garages should add to the appearance of a home and be designed with flexibility in mind.

“Our needs keep changing,” he says. “Today, a family may need a multibay garage because their kids are old enough to own cars. Tomorrow the space might be better used as living quarters for an elderly parent who needs ground-floor accessibility. Or one of two bays could be converted to anything from workshop or home office to art studio or cabana.”

Undoubtedly, design media like Architectural Digest and HGTV have a lot to do with the new fascination with good-looking garages. They have whetted homeowners’ appetites with articles and shows on celebrities’ garages. Retired basketball player and current sports analyst Shaquille O’Neal, for example, owns a 5,000-square-foot, 10-car garage, complete with a movie theater, a lounge and two baths. Similarly, comedian Jay Leno property boasts a 44,000-square-foot garage to accommodate his collection of cars and motorcycles.

Ed Mackey isn’t quite in Jay Leno’s league, but he loves his growing collection of antique vehicles. When he bought a 200-year-old home in Bird-in-Hand, one of his priorities was adding a garage.

“I currently own a 1966 Ford Mustang convertible, a 1969 Lincoln Continental and a 1989 Chrysler, and I hope to add more antique cars,” Mackey says. “So a garage was important to me.”

Esh turned out to live nearby. When Esh caught wind of his new neighbor’s garage dreams, Mackey says he was excited to lend a hand.

“He helped my wife and me restore the house and he designed a garage that goes perfectly with the house and meets my needs, not just now, but in the future,” Mackey says.

The garage can accommodate six cars. The tall ceiling, at 12 1/2 feet, can accommodate a car lift. It’s also a two-story structure. Mackey refers to the upstairs as his “man cave,” where he plans to install a model train track.

The structure is designed to look like it was built with the original federal-style house, featuring beautiful windows and carriage house doors. The garage floor is unusual.

“I was going to go with a plain epoxy floor,” he says, “but Eli talked me into a special finish and spent a morning teaching me how to apply it. On top of the basic epoxy coat we added a finish incorporating scattered metallic and earth-toned flakes. It’s amazing.”

Attached or detached, there are countless ways to improve the look of a garage. Esh’s advice is to match siding, window style and paint color on the house and garage. And then there are those unsightly garage doors. Breaking up the doors with windows helps, but even better are custom doors.

“Garage doors deserve the same attention as front doors,” Esh says. “They should be designed with the same regard for detail.”

Garage doors with an Old World look are especially popular. There are custom doors in styles from elegant to rustic. It appears that homeowners are especially inspired by styles that replicate the swing-out paneled doors of 19th-century horse stalls, but, of course, they roll up like most of today’s garage doors.

One thing that homeowners may find undesirable is multiple garage doors facing the street. That can be solved in a number of ways. One way is to build a one-car garage facing the street, but you drive through it to a multicar garage in back of the house. Or you might opt for a car lift that lets you park one car over another, so the garage needn’t have such a massive facade. Car lifts cost about $6,000 and they only work in spaces with at least a 9-foot floor-to-ceiling clearance.

There are also vehicle turntables. A turntable is a disk that can rotate up to two tons of metal with push-button ease. But it’ll cost you: a car-sized turn table runs about $30,000.

Above all, every trend indicates larger bays. Not only do SUVs require more space than old-fashioned garages offer, but homeowners expect them to accommodate whatever items aren’t suitable for in-house storage, anything from lawn furniture to recycling containers. So architects and builders expand bays, and several companies, among them Whirlpool and Garage-Tek, offer “tough guy” storage systems, especially for garages.

Yes, you can actually fit your car in the garage. Here's how

Want to make a statement? Hang a chandelier

Floral forms have long had a prominent place in fine arts and antiques.

This Willow Valley downsize even includes a gift-wrapping station

Most people find downsizing a daunting process. But not LaVera Leonard Sullivan. A whirlwind of energy and charm, she moved herself and husban…