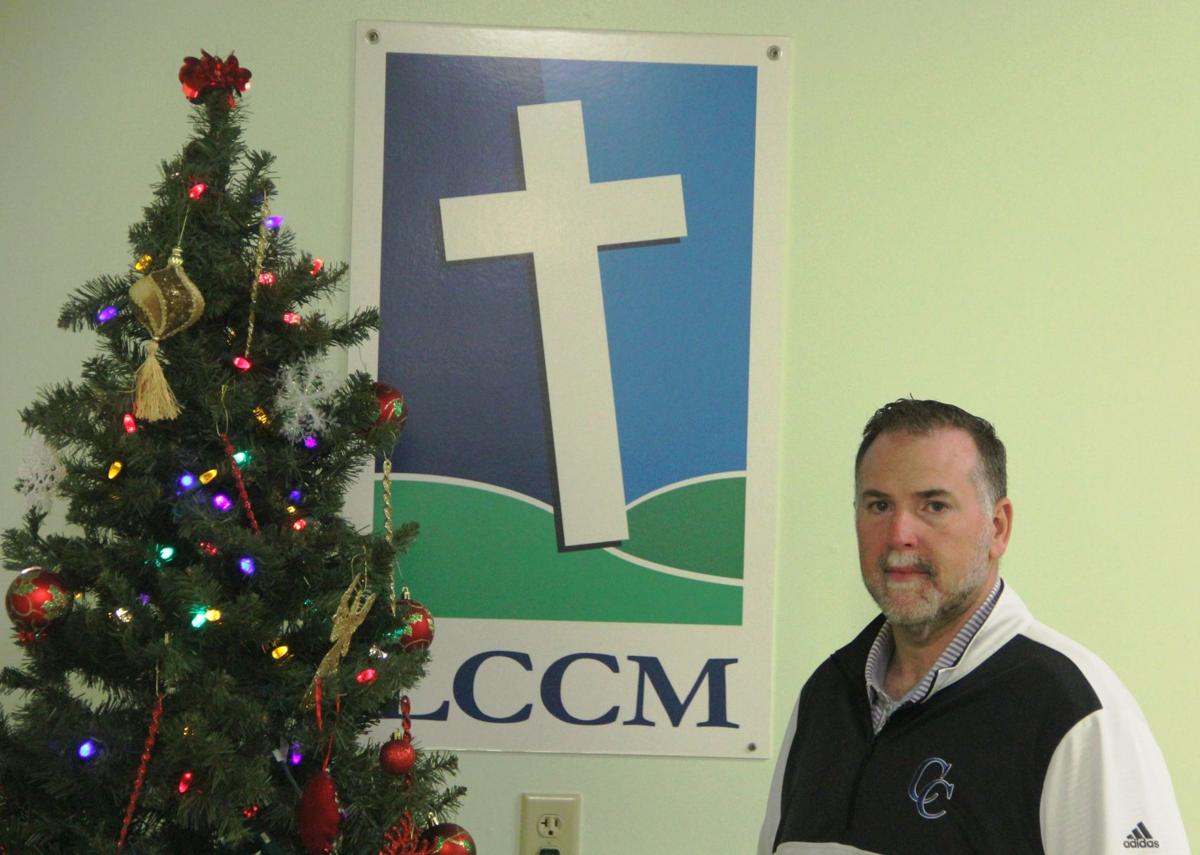 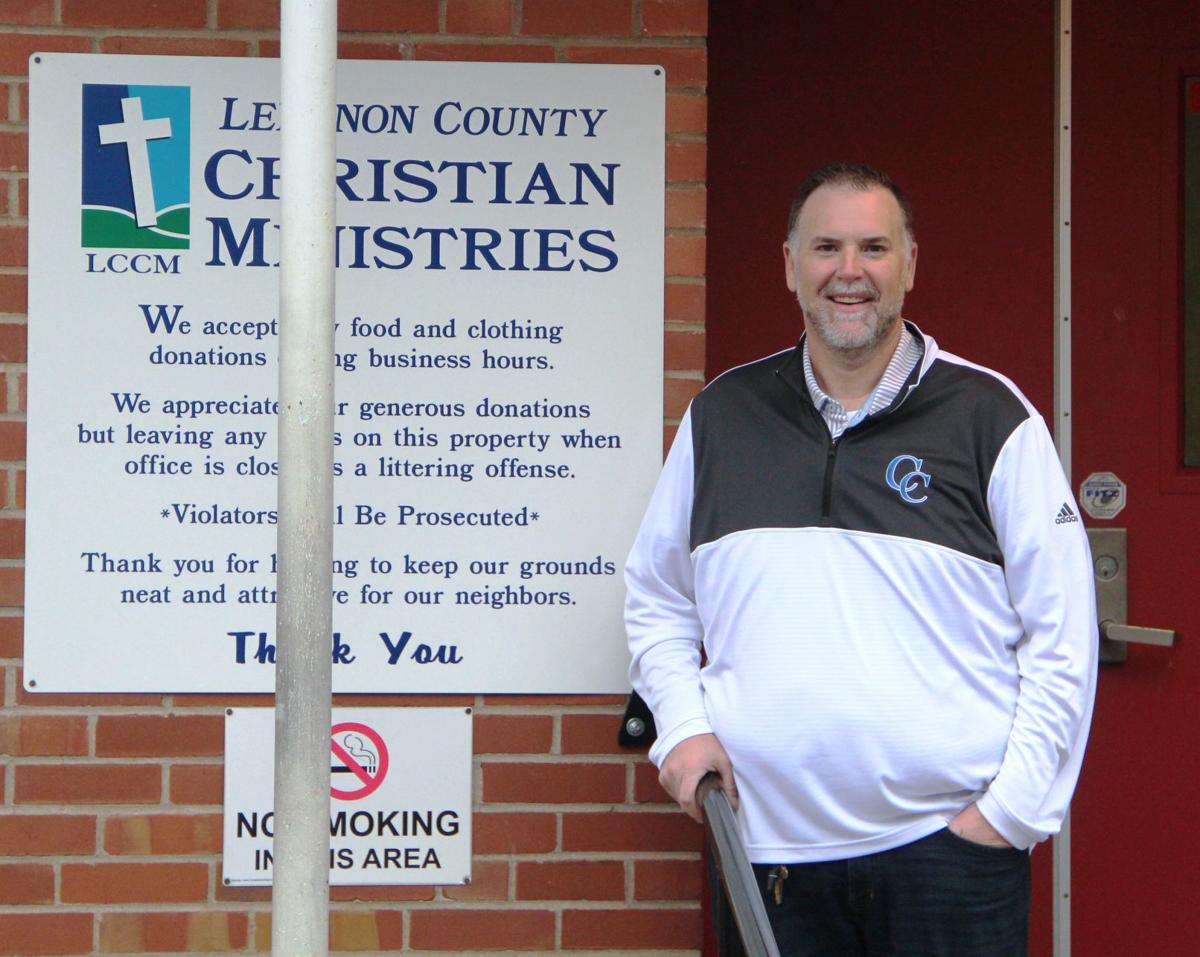 LEBANON — It is not enough to do God’s work. Bryan Smith does God’s work, in God’s way.

Smith is the new executive director of Lebanon County Christian Ministries, one of the most essential and influential nonprofits in Lebanon County. Smith, 42, assumed his new role on Sept. 9 after Troy Williams stepped aside, following 14 years in the position.

With a staff of eight and more than 400 local volunteers, LCCM operates the Lebanon County food and clothing banks, the local Free Noon Meal program, summer and government surplus food programs, energy assistance and an emergency shelter, among other things. LCCM, which is housed in a former sewing factory at 250 S. Seventh St., in the city, literally serves thousands of Lebanon County residents annually.

A Moravian is praying every minute of every hour of every day. Local churches take their turn Tuesday

“We are here to serve, not judge, and serve with a heart that desires to see our guests succeed,” Smith said. “At the end of the day, success is measured by ‘Do you turn your heart over to the Lord?’ And there are different levels of success. To me, it’s when our guests get the spark of God in their hearts and turn their lives around. We’ll provide the resources and support.

“When you look at the technical aspects of this job, could I do it without a strong faith? Sure,” continued Smith.

“But would I be able to do it to the capacity that this organization needs? Not a chance.”

Smith estimates that 60% of those served by the ministry have full-time jobs, and that on average, 80% of the people who seek refuge at LCCM’s emergency shelter are employed. Although 37% of Lebanon County residents are financially above the poverty level, many live paycheck to paycheck.

The shelter provides an average of 5,555 nights of stay per fiscal year.

“A large portion of our budget comes through donations and fundraising and the generosity of local churches,” he said. “Lebanon County is a giving community. But we need to tie in the story of our guests. Everyone who comes through these doors has a story.

“It’s not difficult for us to make ‘the ask’ (for donations), because we know what we do. When donors entrust us with their funds, we’re going to be good stewards. But we don’t want a lot of money from a few people. We want a little bit of money from a lot of people.”

Before assuming his current position, Smith spent 24 years as a paramedic, half of which he served as the executive director and chief of Lebanon’s First Aid and Safety Patrol. But his heart for service and mind for God was fostered growing up in a faith-driven Christian home in Annville.

“Being a paramedic was about saving lives physically,” said Smith, a 1995 graduate of Annville-Cleona High School. “This is saving lives spiritually. In EMS, there are a large number of responses to individuals who aren’t having an acute medical emergency. There are similar people who come here.

“When this position opened up, there was a huge tug on my heart,” Smith continued. “I was feeling prepared for the next chapter in my life. I worked in the Lebanon community all my life, in some capacity. I just felt when the posting went up, the time was right.”

While the Free Noon Meal program is one of LCCM’s original programs, it is no more essential than any of its others.

Hosted by 35 different churches and organizations in and around the city of Lebanon — including LCCM itself — the program strives to serve a free hot meal every day of the year. Smith estimated that about 125 meals are served daily and that throughout LCCM’s existence, the program has provided well over a million meals.

“The noon meal is probably one of the areas where we see more of a consistency of people who come in,” he said. “The value is, of course, nourishment. We’re providing a hot meal. It may be the only meal they have that day. But it’s also an opportunity for fellowship. They’re a community, and there’s an element of safety. We have zero issues at the noon meal, because it’s self-regulated.”

It’s a matter of doing God’s work in God’s way.

For Greg and Pam Danziger, life is a series of connections. She is a writer and researcher. He handles the business side of their marketing fi…