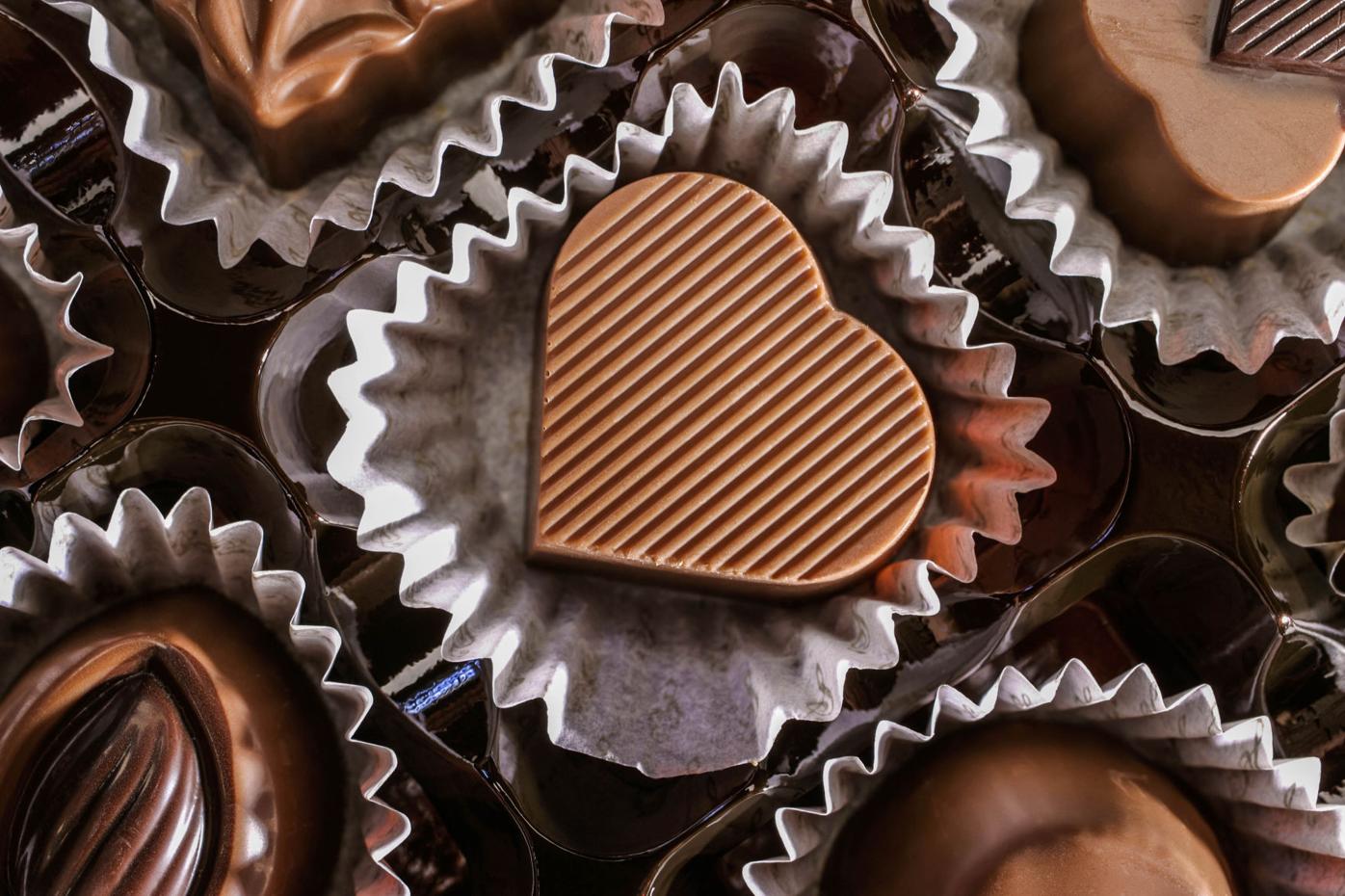 A Landis Valley museum talk about the history of candy has been canceled for this Saturday because of the weather along the speaker's travel route. 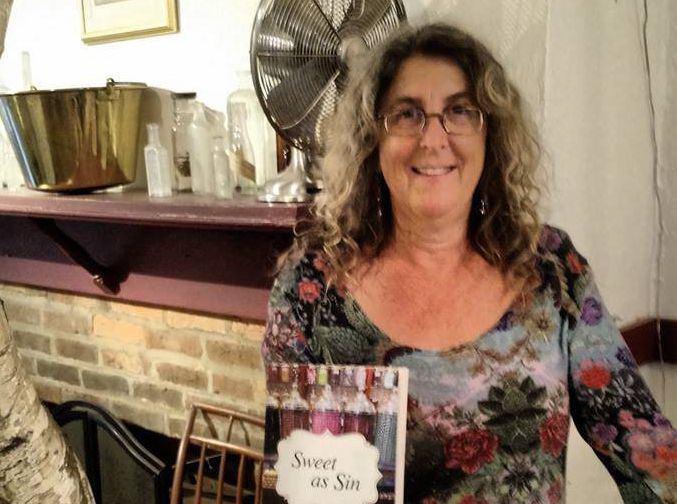 Susan Benjamin, author of a book on the history of candy and sweets in America, will speak at Landis Valley Village & Farm Museum. 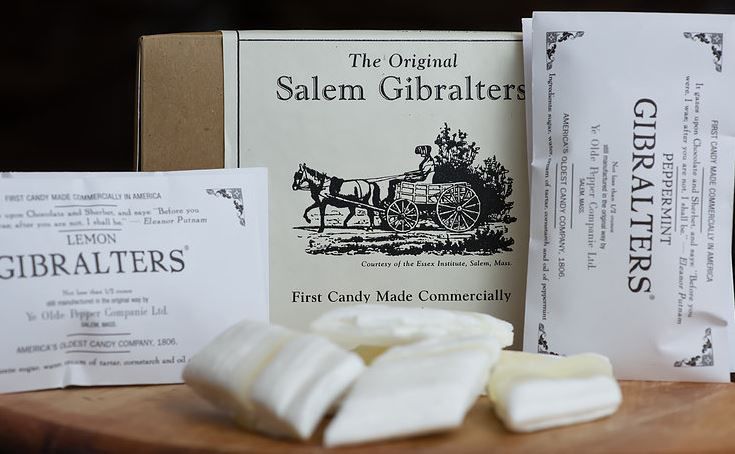 Gibralters candies, said to be the first candy made commercially in America, are still made by Ye Olde Pepper Candy Companie in Salem, Massachusetts.

In 1847, Oliver Chase's lozenge-cutting machine allowed him to start making the candy we now know as Necco wafers. 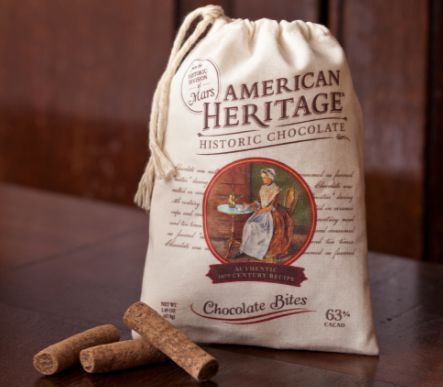 Mars American Heritage Chocolate is one of the samples author Susan Benjamin usually brings for people attending her candy talks to sample. The chocolate, which contains spices, is similar to chocolate that would have been made in the 18th century. 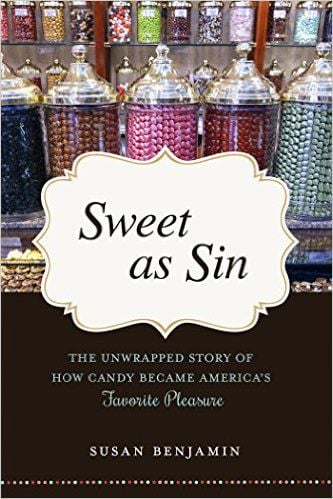 Susan Benjamin will autograph copies of her book, "Sweet as Sin: The Unwrapped Story of How Candy Became America's Favorite Pleasure," at Landis Valley museum.

A Landis Valley museum talk about the history of candy has been canceled for this Saturday because of the weather along the speaker's travel route.

Susan Benjamin will autograph copies of her book, "Sweet as Sin: The Unwrapped Story of How Candy Became America's Favorite Pleasure," at Landis Valley museum.

Susan Benjamin has a passion for sweets. Not just the taste, but the history, as well.

She travels the country talking about the things that have satisfied the American sweet tooth over the years, starting with the tree bark Native Americans boiled to make a sweetener.

Last year she published a book, “Sweet as Sin: The Unwrapped Story of How Candy Became America’s Favorite Pleasure,” that Smithsonian.com named one of the top 2016 books about food.

On March 18, Benjamin will tell this sweet story at Landis Valley Village & Farm Museum. She will also bring samples for attendees to taste as they learn this history.

Benjamin will discuss some of the cultural ramifications of America’s taste in sweets, such as the cane sugar trade connected with slavery — one meaning of “sin” in her book’s title.

Earlier this week, we asked Benjamin about her store, her book and her upcoming talk. The telephone interview has been edited for length and clarity.

What will you cover in your talk at Landis Valley?

I talk about sugar and sweets … and how they can drive political issues, cultural issues, human rights issues — around slavery and so forth. It’s really quite profound. … What interests us (at the store) is what everybody ... was eating — all these people coming from all over the world. The native people. The enslaved people. I’ll go back to the time periods (covered by) Landis Valley, starting in the late 1700s, and then kind of move upward to show how sweets have changed.

What are some early sweets you will talk about?

The original chewing gums were made from tree resins. The earliest known example is from the Neanderthals — with teeth marks in it. The teeth marks were from a Neanderthal teenager.

For Native Americans, corn syrup would have been an early sugar, and candied corn cob would have been one of their candies. They used sugar from fruits, and they boiled hickory bark to make a syrup, which has a natural sweetness to it. They would also chew (the bark) and use it as a toothbrush to clean their teeth.

What other early sweets?

One of them would have been licorice. The licorice came over with the British in the 1600s. But even at that time, it was one of many of the roots and barks that people used for cooking, used as medicine, used as a spice. They were very important to the Native Americans, who got the licorice from the British. And they, in turn, passed it along to the enslaved people.

Confections later grew out of the apothecaries. Many of them started as medicines, or they were for “health and vitality,” in the parlance of the day.

We’ll definitely talk about the Quaker influence, which was really significant. Quakers and other abolitionists boycotted cane sugar in the expectation that, if you devastate the economy of cane sugar, you’d have no more need for slaves.

They had other sugars that would grow in a cold climate. Sorghum was one of the important alternatives; they’d use it as a syrup. We get our sorghum products (for the store) from a Mennonite family in Tennessee.

What changed with industrialization?

The whole arsenal of candy that was available changed, starting around the mid-1800s. The main one was the Necco wafer. It was called the Chase lozenge at the time (after Oliver Chase, who first made the candy in 1847). It started out as a medicine; (Chase) had invented a hand-operated machine that would cut pills in even slices.

It was the beginning of penny candy. It was the first time the much-maligned children of immigrants, children of the working poor had access (to the same candy as) the middle class. They could take whatever cents they had and spend them on something. And that something happened to be candy.

Do you talk about any other early figures in candymaking?

The first commercial candy, the Gibraltar (later spelled Gibralter), was made in 1806, in Salem, Massachusetts. A woman, Mrs. Mary Spencer from England, lost everything in a shipwreck. The townspeople felt bad for her, so they raised money to get her a barrel of sugar, and she wound up making candy that she cut in these triangular shapes.

She wound up selling it in front of a church, from a pail. She made so much money that she bought a horse and buggy to go around selling it. She opened up the first commercial candy company (in America) in her house. We still sell the Gibralter in the store. It’s still made in Salem today.

What kinds of samples will you offer those attending your talk?

We bring, in a bag, eight different candies for people to try. As we talk about the candy, you sample it. So if I’m talking about licorice root, they’ll try licorice root. We’ll sample the Mars American Heritage Chocolate, which is about as close as you can get to what they ate in the 1700s. It was dark chocolate, but with sugar and various spices in it.

I do research, traveling all over the world and getting to the origins of sweets, getting personal, wonderful stories and looking at it from a cultural perspective. ... Our shop is arranged in chronological order. We start with the first in history and weave around to the 1970s, which is where we end.

The history is on the label, so people can read the history of the candy. The Washingtonian (magazine) said something to the effect that we’re not a candy store, we’re a candy museum where you can eat the displays.

• What: “Sweet as Sin: The History of Candy,” talk and tasting.

• Tickets: $25; order at bit.ly/LVCandyClass or call the museum.