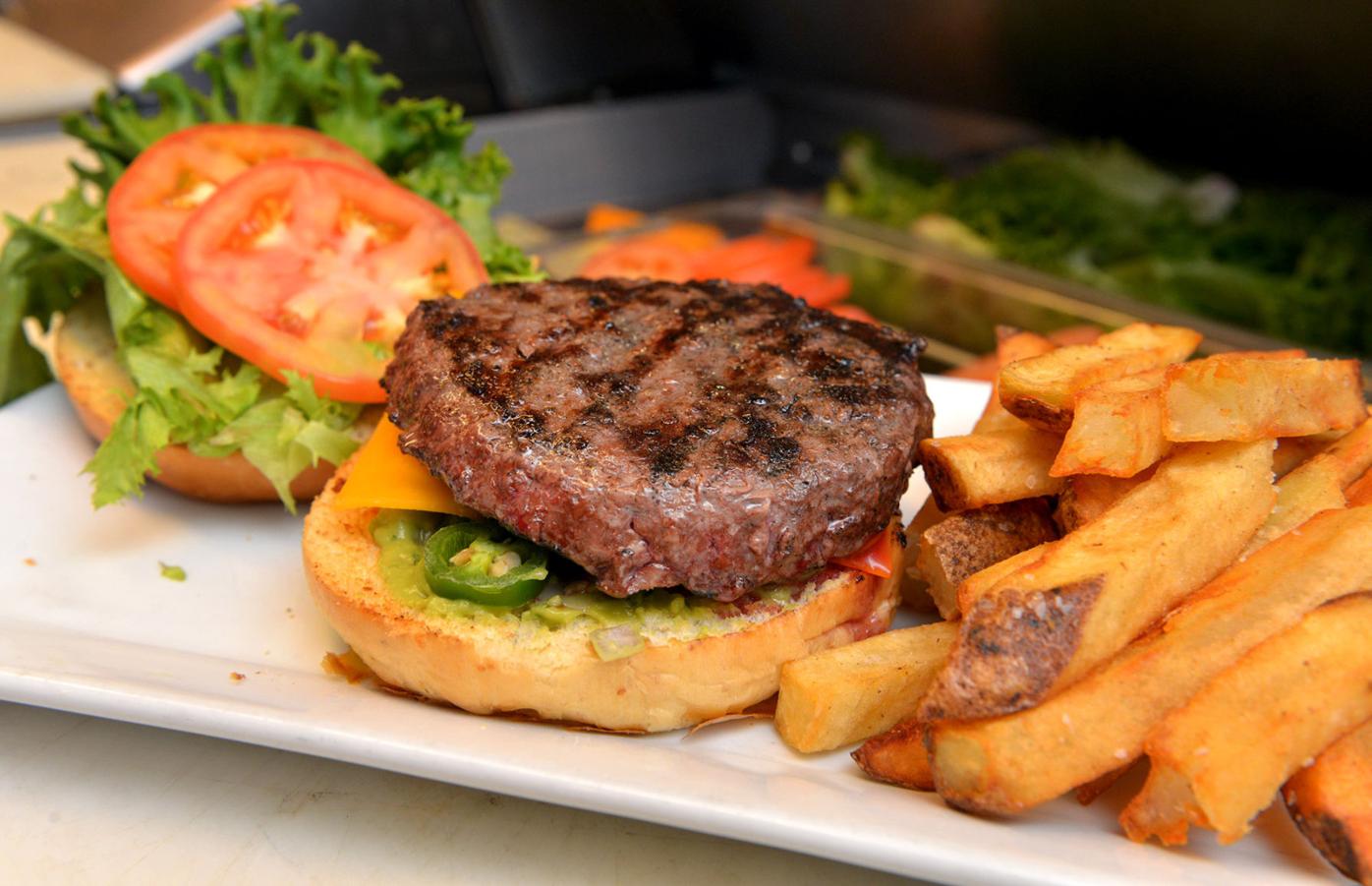 The end result: A bison burger at the General Sutter Inn. But what steps should you take to get to this juicy perfection? 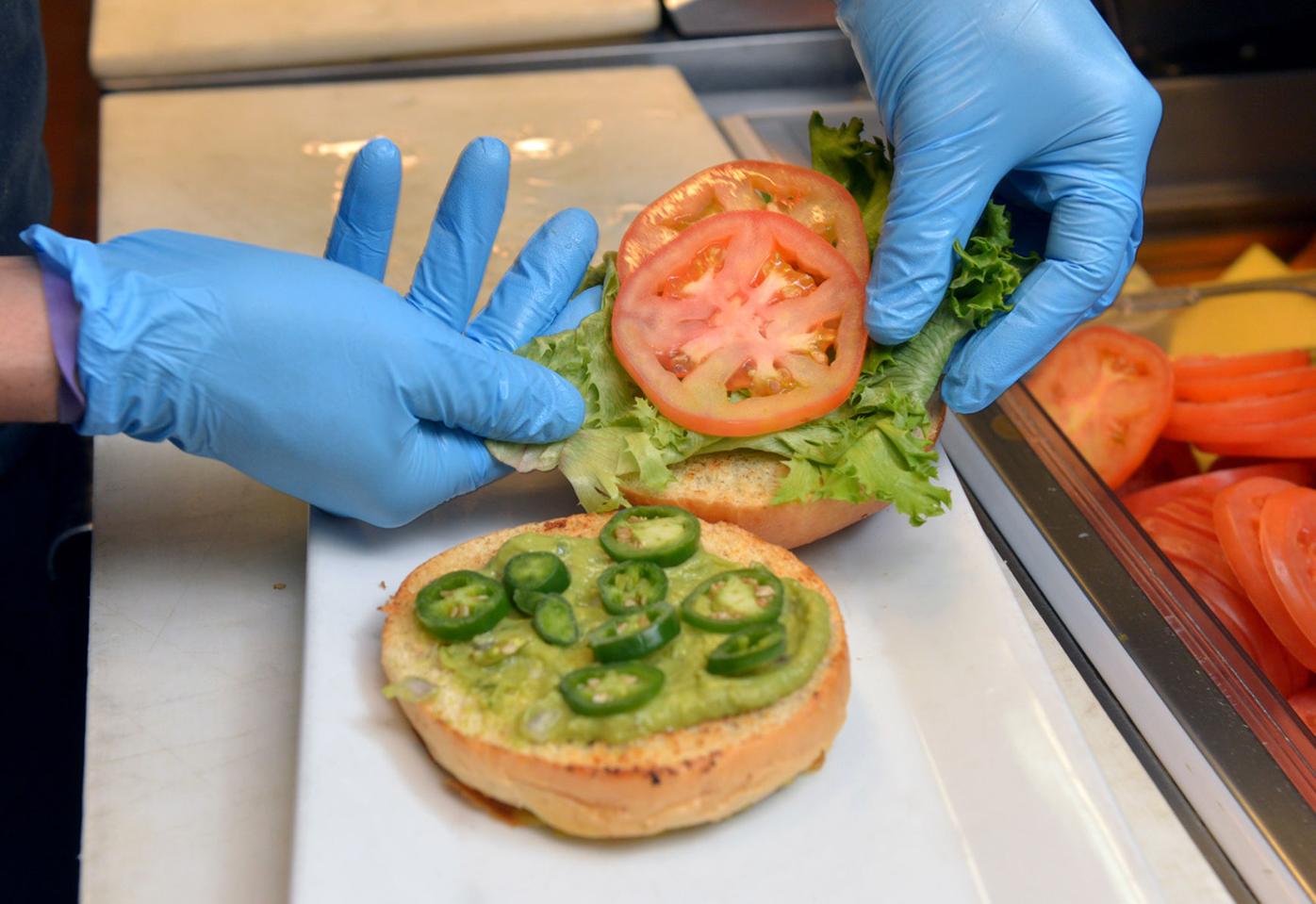 Prepping all the extras for a bison burger at the General Sutter Inn, Lititz. 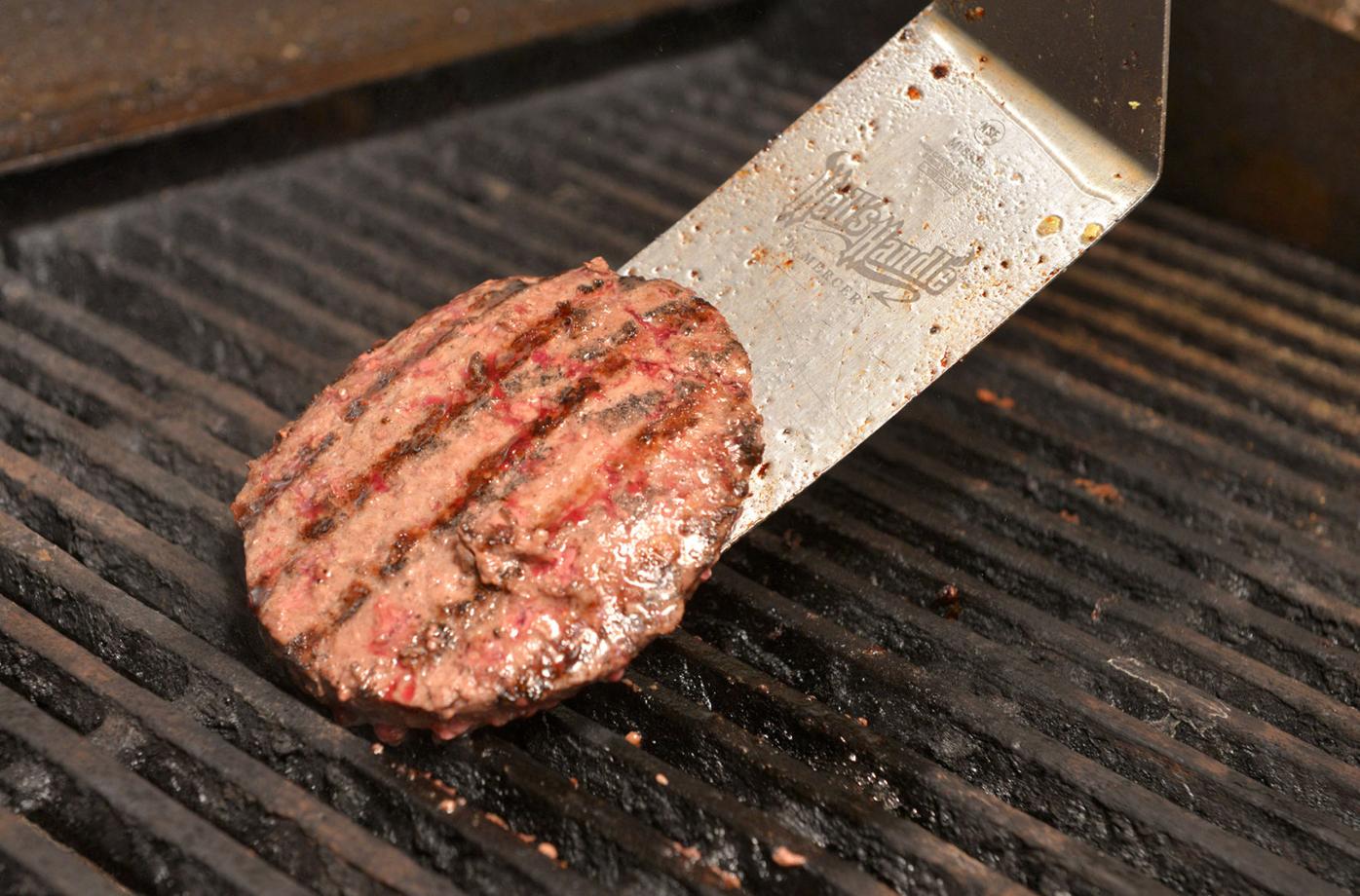 Chef Bob Miller from the General Sutter Inn in Lititz recommends not flipping your bison burger too much while cooking. 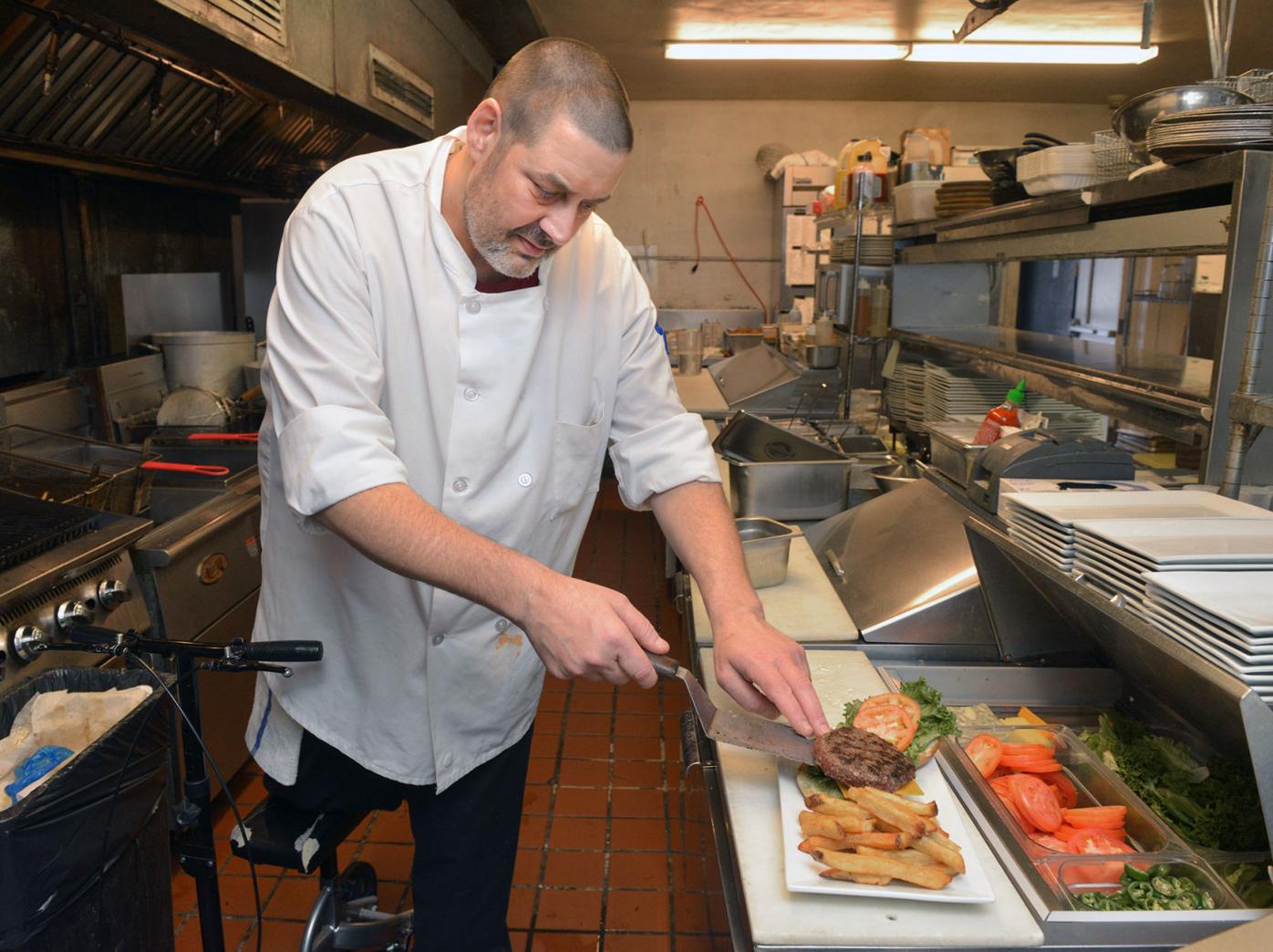 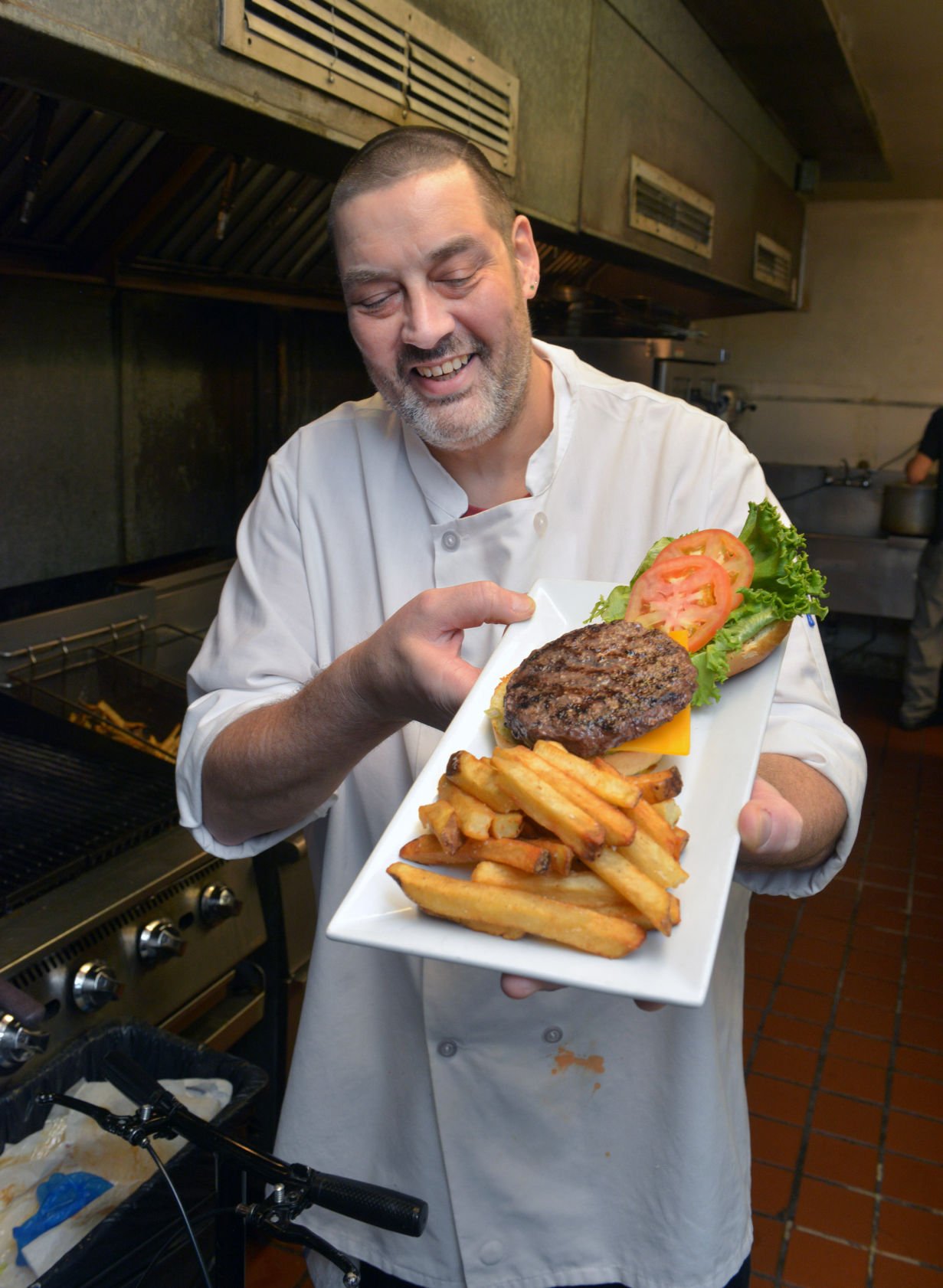 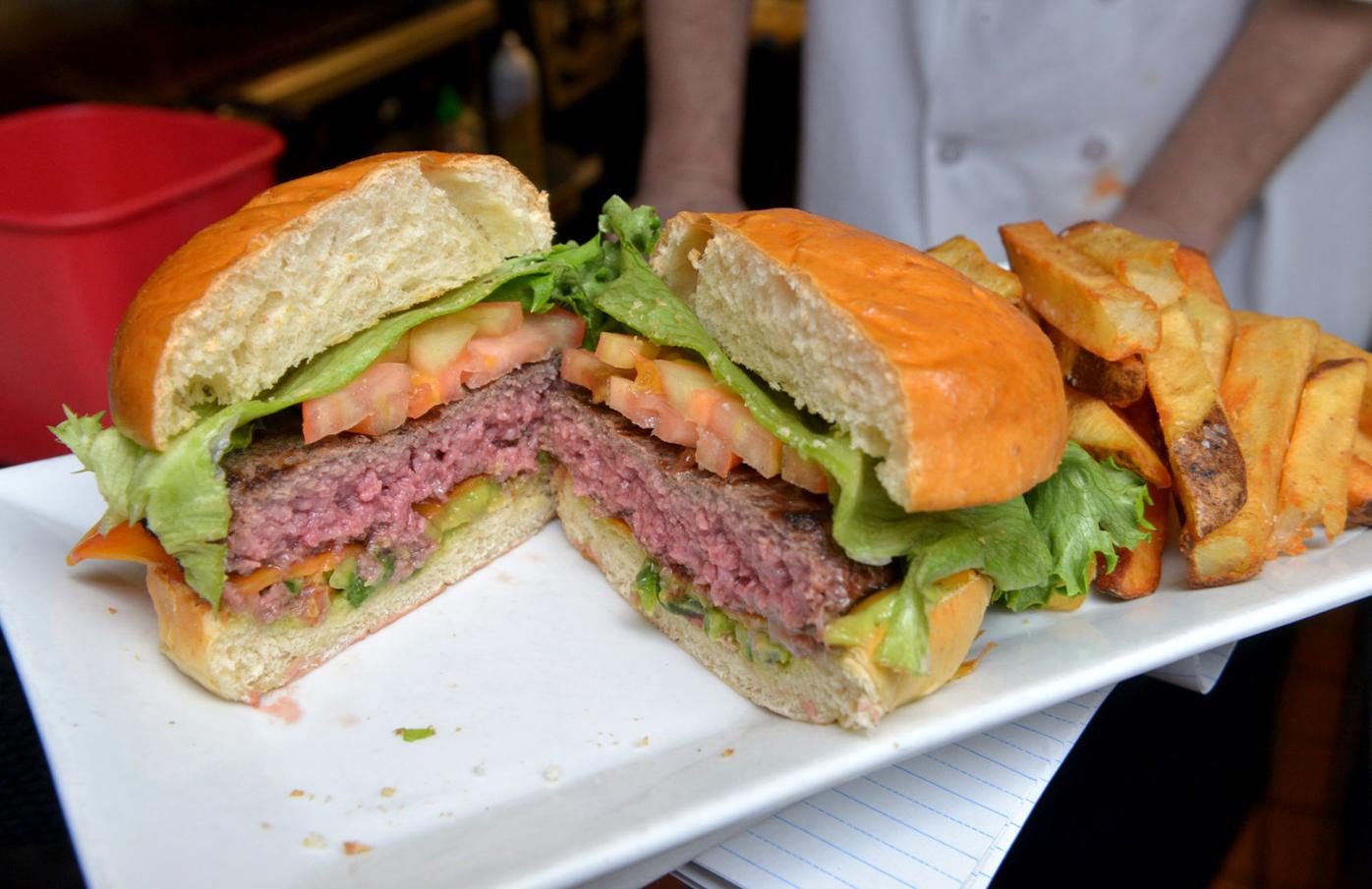 And the end result: A bison burger ready to serve at the General Sutter Inn.

The end result: A bison burger at the General Sutter Inn. But what steps should you take to get to this juicy perfection?

Prepping all the extras for a bison burger at the General Sutter Inn, Lititz.

Chef Bob Miller from the General Sutter Inn in Lititz recommends not flipping your bison burger too much while cooking.

And the end result: A bison burger ready to serve at the General Sutter Inn.

Yes, the annual bone-and-helmet-crunching Super Bowl is upon us, with all of its avid fans, pre- and postgame analysis and halftime show extravaganza.

But if you’re not going to be in the Levi’s Stadium stands on Sunday (nosebleed section tickets were selling online for $2,750 each earlier this week), you’ll be parked somewhere in front of the television.

And for that, you’ll need food.

You can offer chips and onion dip ... but why not tailor the tastes to the teams? We’ve picked a dish to represent each Super Bowl contender, and asked the experts for tips on making your food memorable — even if Super Bowl 50 turns out to be a blowout.

If you want to know something about a state’s identity, look to the name of its college football team. And here, it’s the University of Colorado Buffaloes.

The American buffalo used to roam in massive numbers across much of the country, including Colorado. Today, there are significant efforts to restore roaming herds, but the great majority of bison today — about 96 percent, according to the American Prairie Reserve — are raised commercially for their meat.

“It really isn’t that different than cooking beef,” says Chef Bob Miller of the General Sutter Inn in Lititz. But there definitely are ways to cook bison that improve the end result.

Miller pops an 8-ounce bison burger — the mix is 85 percent lean meat, 15 percent fat — on the General Sutter’s grill as an example.

The cardinal rule? Don’t overcook it. Go for a nice medium, medium rare.

“To me, anything above medium tastes like shoe leather,” Miller says.

Over a medium-heat grill, the bison burger starts to sear on the bottom, and the juices start to rise toward the top. Flip the burger once, and the meat protein on the other side starts to sear, trapping the juices inside.

“Don’t flip (the burger) constantly,” Miller says, “and don’t press it! All those beautiful juices” will leak out if you do.

And, like just about any cut of meat, let your burger “rest” after taking it off the heat and before digging in — 2 to 3 minutes should do it. It will lose less of its juices when you finally do bite in.

Seasoned simply with salt and pepper? It’s tender perfection. Why mess with a great thing? Miller wonders. “There’s enough going on,” he says. “I want to be able to taste the meat. I want the burger to be the star.”

Either way, pork is king in Carolina, and here are some words to keep in mind:

Mike Horn, owner of Bigg’s BBQ & Burrito in East Petersburg, was happy to dole out the basic steps needed to cook pork to perfection.

Start with a bone-in pork shoulder, about 6 to 12 pounds. Apply a dry rub (some typical ingredients: brown sugar, cumin, paprika, allspice, salt and pepper), cut a cross-hatch pattern in the skin on top, then set the smoker temperature to 225 degrees. Smoke the meat for 14.5 hours, with the fat on top so it runs through the meat, using a mix of hickory, cherry and apple woods.

The end step, after you shred the meat from the bone, is the sauce. And as many barbecue joints as there are, that’s how many perfect sauces there are.

“There’s a million of ’em,” Horn says of sauce recipes. Bigg’s has some standards, but on his own he’s experimented with everything from pineapple juice (“a nice tartness and tanginess,” he says) to apple butter and — believe it or not — Turkey Hill’s orange tea cooler.