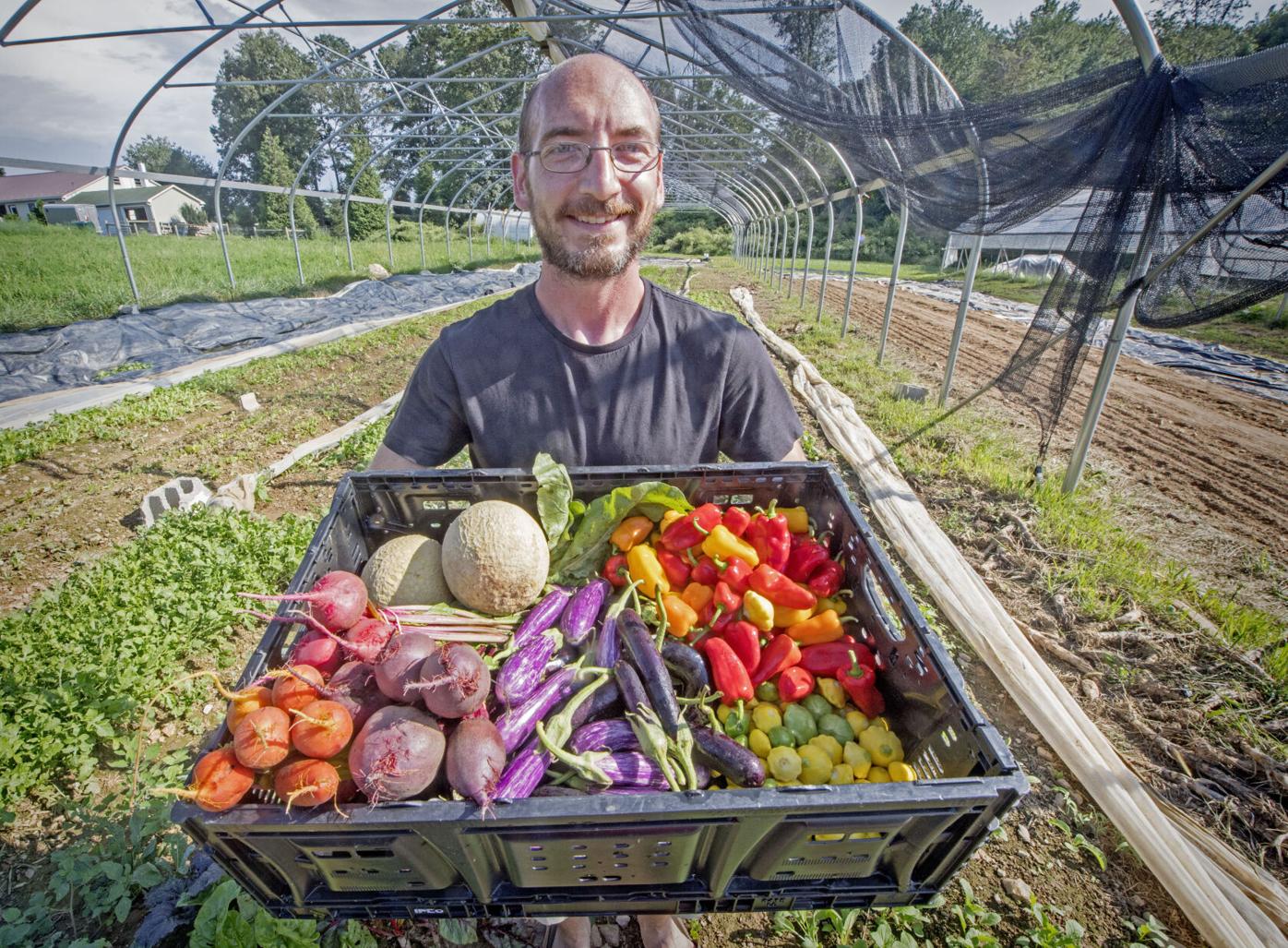 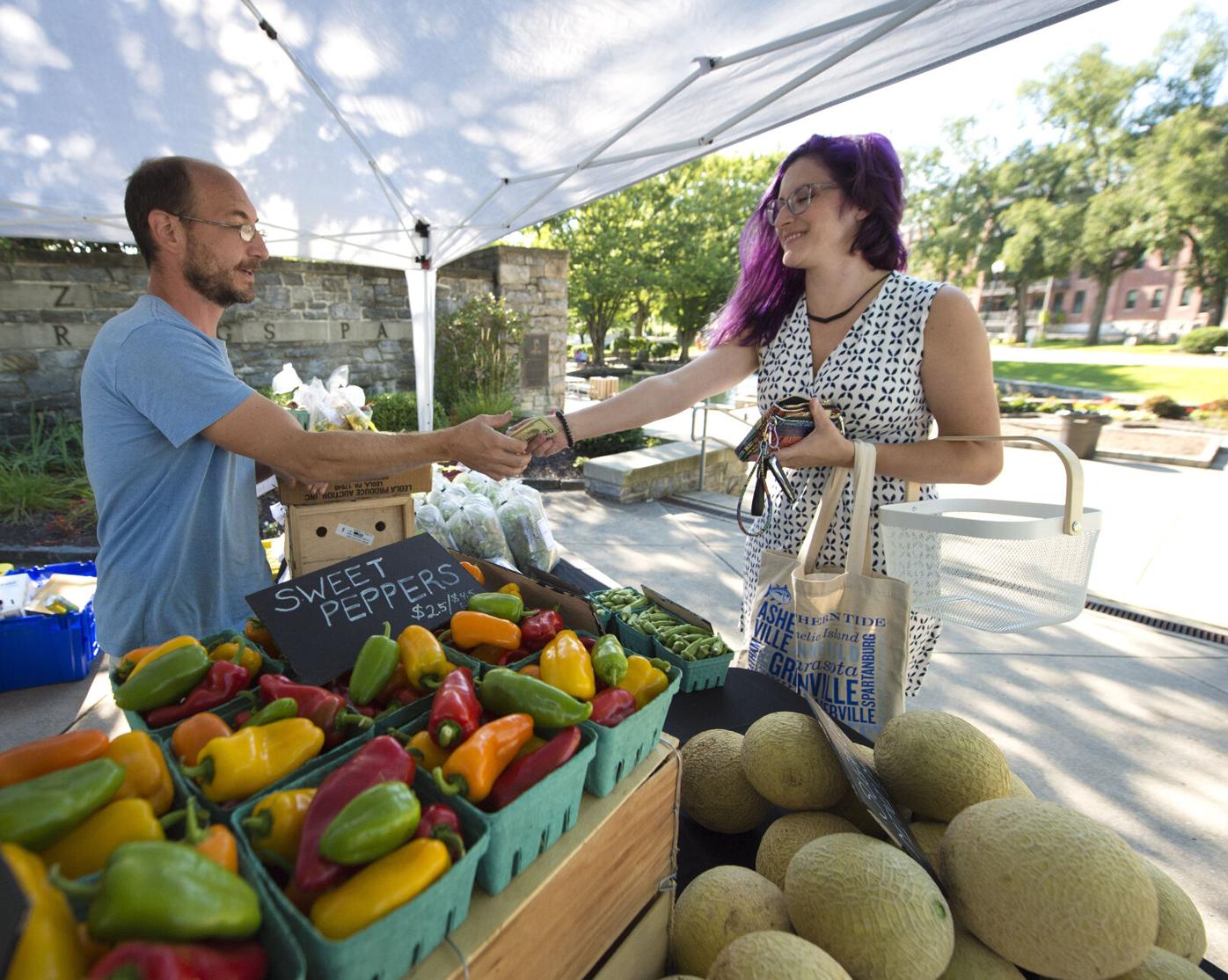 This is the sixth installment of an ongoing series with a focus on small independent farms and creative use of farmland. We hope it serves as a reminder that the food grown and raised in Lancaster County is both diverse and extraordinary and that the people tending the land have stories worth telling. Join us in saluting our neighbors.

The plan went something like this: Ph.D. candidate Jason Stone would head to Nepal for a research trip in 2016 while his wife got settled in Lancaster city. He would return 10 months later, write his dissertation and become a political science professor. But while standing in a rice field in rural Nepal, Stone’s dreams of a career in academia were being tested by a newly realized passion — farming.

As part of his research, Stone, then 32, lived for 10 weeks in a remote part of southern Nepal, staying with a family that owned more than an acre of rice land and grew a kitchen garden. He learned to scoop rice and thresh it by hand and began taking on daily chores on the homestead. The farm work, he realized, felt like a calling.

“I found out that I enjoyed sweeping goat droppings as much as writing research papers,” Stone told LNP | LancasterOnline in a recent interview. “I loved it (farmwork). I remember walking down the road (in Nepal) looking at the sunset after work and having this feeling of satisfaction. And I remember saying out loud, ‘There might actually be something here.’ ”

By day, Stone said, he would do field work for his dissertation, and at night, he turned his attention to farming. “I would watch small-scale farming videos on YouTube,” said Stone, citing Canadian farmers and internet sensations Curtis Stone (public speaker and author of “The Urban Farmer”) and Jean Martin Fortier (author of “The Market Gardener”) as inspiration for his career detour. Through the online videos, Stone said, “I learned that my idea was not as wild of a dream as I thought it would be.”

When Stone returned to Lancaster in 2017, he was determined to both earn his doctorate and pursue this new path. While writing his dissertation, Stone got a part-time job working at farmer John Stoner’s stand at Lancaster Central Market, Stoner’s Homegrown Vegetables. He graduated from Indiana University in Bloomington, Indiana, in 2018, and as a freshly minted doctor of philosophy, he continued peddling produce with the stand’s new owner, Elmer Stoltzfus. (The stand is now known as Stoltzfus Farms.)

Last spring, Stone took a second part-time gig learning poultry processing at Shenk’s Poultry, and by the fall began looking for land. With a $12,000 microloan from the USDA and mentorship from SCORE Lancaster-Lebanon, Stone founded The Productive Peasant Farm Co.

Stone lucked into leasing a half-acre from Amish farmer Steve Esh, who owns Red Barn Produce, based in Ronks. (Esh sells his vegetables at West Shore Farmers Market in Dauphin County.) Esh, he said, offered the land rent-free for two years while Stone got established on three conditions: no chemicals, no farming on Sundays and first dibs on Stone’s produce.

The half-acre parcel includes high tunnels that will allow Stone to grow mostly year round. In March, he launched his first “Small Family Salad and Side Dish” CSA, which served just nine local families through July, an experience that he describes as both intimate and satisfying.

“Providing someone with a box of vegetables and saying ‘here’s your food for the week’ is incredibly satisfying,” Stone said. “When someone from my CSA says that they had a great meal with something that I grew — a little comment like that can keep me going for two weeks.”

This year’s CSA may be long over, but you can find Stone with his own stand at Lititz Farmers Market selling more than 20 different vegetables and fruits.

When asked if there is a story behind the name of his farm, Stone said that he tapped into his ancestral lineage of peasant farmers from France and Quebec, married with modern technology and power tools. He paused for a minute, the sweat gathering at his brow on a hot Sunday afternoon. “I don’t know how many peasants there are with Ph.D.s and six-figure student loans,” he said, with a laugh.

But if anyone is going to pull off this left-field dream, it just might be Stone.

He is bringing produce to Lititz Farmers Market, Thursdays, 4 to 7 p.m., until October.

This is an ongoing series with a focus on small independent farms and creative use of farmland. We hope it serves as a reminder that the food …

If the weather's nice, you may find these two veterans playing chess in a Columbia park

For John “Chip” Dalton, 69, of York, chess is a spiritual game. Several days a week, he brings a folding table and chairs and sets up his ches…