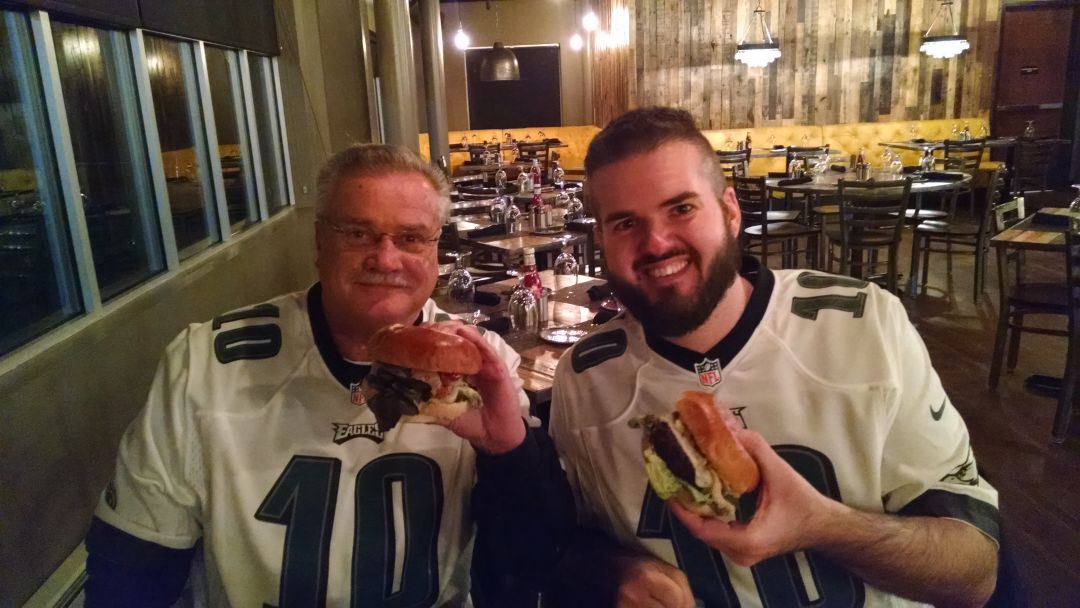 It's all about the burgers: What started as a way for Dan Derk, left, to introduce his son Jon to the area when he moved here turned out to be an epic father-son 50-burger quest. Dan's daughter, Heather, came along to photograph this occasion because it was a birthday celebration -- otherwise, it was just the guys. 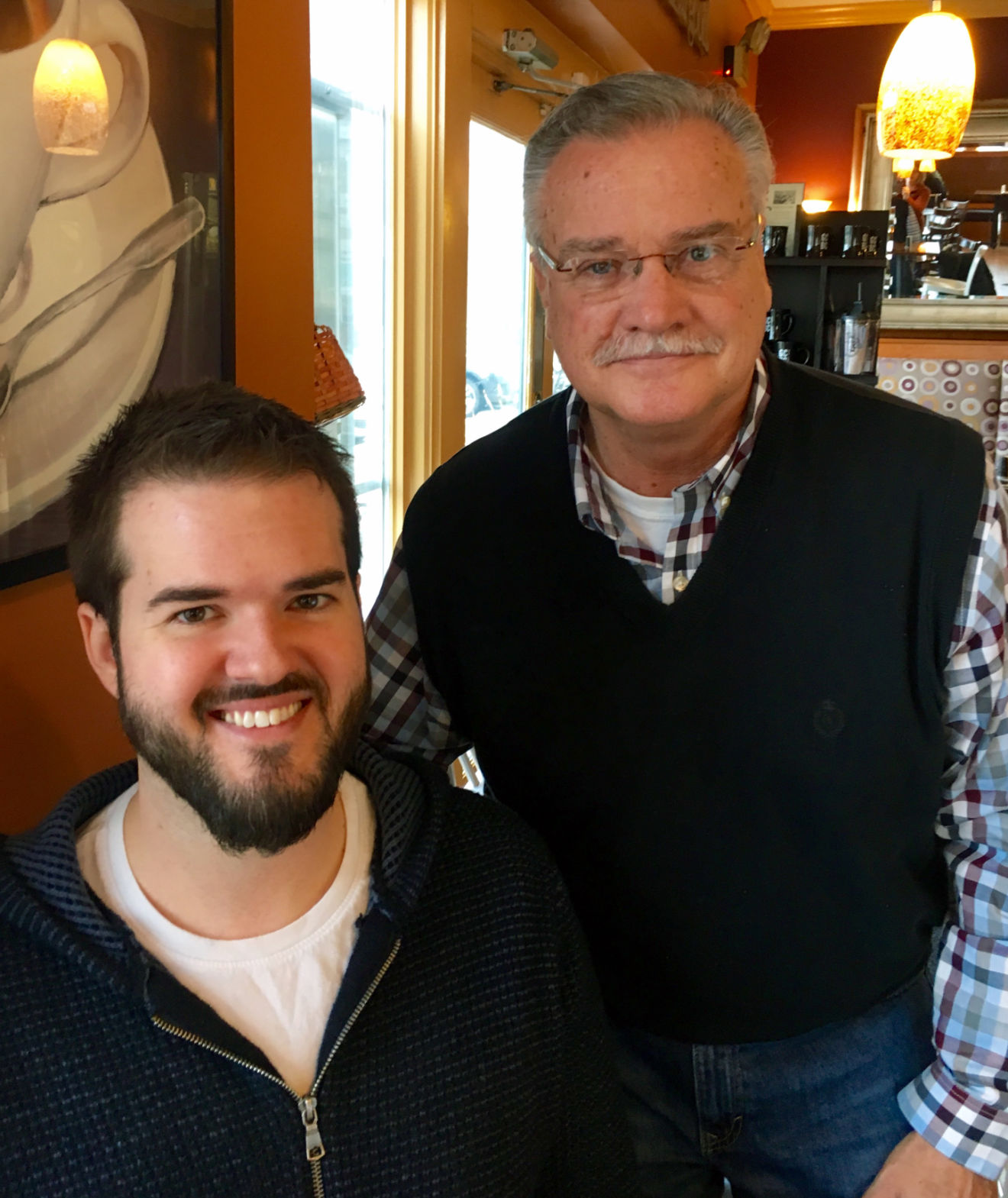 Jon, left, and Dan Derk have wrapped up their 50-restaurants, 50-burgers project.

It's all about the burgers: What started as a way for Dan Derk, left, to introduce his son Jon to the area when he moved here turned out to be an epic father-son 50-burger quest. Dan's daughter, Heather, came along to photograph this occasion because it was a birthday celebration -- otherwise, it was just the guys.

Jon, left, and Dan Derk have wrapped up their 50-restaurants, 50-burgers project.

You can go on a quest for many things — gold, for instance, or scientific discovery.

But Dan and Jon Derk recently wrapped up a quest for adventure of a very specific kind:

It all started when son Jon, a graphic designer and native of Lebanon County, moved to Lancaster after some time in Los Angeles. His father Dan, a chaplain at St. Anne's Retirement Community, already had relocated from Lebanon to Lancaster with his wife, Danielle.

"I told him, 'Hey, let me take you around Lancaster and show you some places,'" Dan says. So father-son burger night was born.

The first stop was Four54, on New Holland Avenue, and that kicked off a weekly ritual that ran pretty much uninterrupted (at least until Jon and his wife Debbie's son, James, was born last August — "The pace slowed down — considerably," Jon laughs).

A few patterns emerged: For the most part, the Derks stayed hyper-local, sticking to locations in and around Lancaster city to the west, close to their Rohrerstown and Mountville homes.

All of the burgers were beef, except for a bison burger, Dan says; "We didn't do any veggie or turkey ... we kept it pure."

The 50-burger quest has ended, though father-and-son time, the goal that really began the adventure, will continue. "What's ahead?" Dan wrote in an email, "maybe pizza or hoagie night or just wing it.

"My son and I may have developed a little bit of a burger belly and he suggested we start a salad night, but that's not going to happen."

Lessons of the quest

So how much variety can there be with 50 (mostly beef) hamburgers? Turns out, quite a bit.

What was the most unusual burger? Jon: "I'd say Jethro's." Dan: "It had a special sauce on it, and was not served on a bun, (instead) like open-faced, on a baguette. It was very good, but not traditional!"

Since you have differing tastes, what for you is a perfect burger? Dan: "The bottom line, we agreed, is less is best. A burger, lettuce, tomato and cheese." Jon: "I felt the bun can make or break it. We had good burgers where the bun was dry." Dan: "The best bun we had was at ABG, American Bar and Grill. It was toasted, and had a chew to it."

What else stood out? Dan: "I really think I was born to be a burger guy. I was just telling (Jon) last week that Carlos & Charlies" knew best how to add cheese. The Barn Burger (at Barn Door restaurant) had nice, crisp lettuce. Bacon jam at Black Knight (Tavern & Grill) was really very nice." Jon: "And the Boursin (Gournay) cheese with peppers at Cork & Cap Restaurant was great — very different."

Mayonnaise on a hamburger? Or no? Jon: "Yes!"

What do you prefer on the side — chips or fries? Dan: "The (Federal) Taphouse has great homemade chips. But usually ... fries. Jon: "Oh, but the fries at Jack's (in Millersville)!" Dan: "Yes, and the waffle fries at Lancaster Dispensing Company — we had those on burger night. And the garlic-parmesan fries, I was getting beat up by the smell even before (Jon) started eating them! And that was at 551 West." Jon: "But they were delicious, though!

How did you determine where to go next? Dan: Mostly reading advertisements ... word of mouth from people I work with. "

Would you continue on with burgers? Dan: "It started out, let's just have burger night. Then, can we do 25? Then I looked at Jonathan and said, 'I think we could do 50.' It's kind of like the end of a workout — I don't have anything left! "

Here's a full list of the restaurants Dan and Jon Derk visited on their drive to sample 50 burgers at 50 local restaurants. How many of these have you tried?