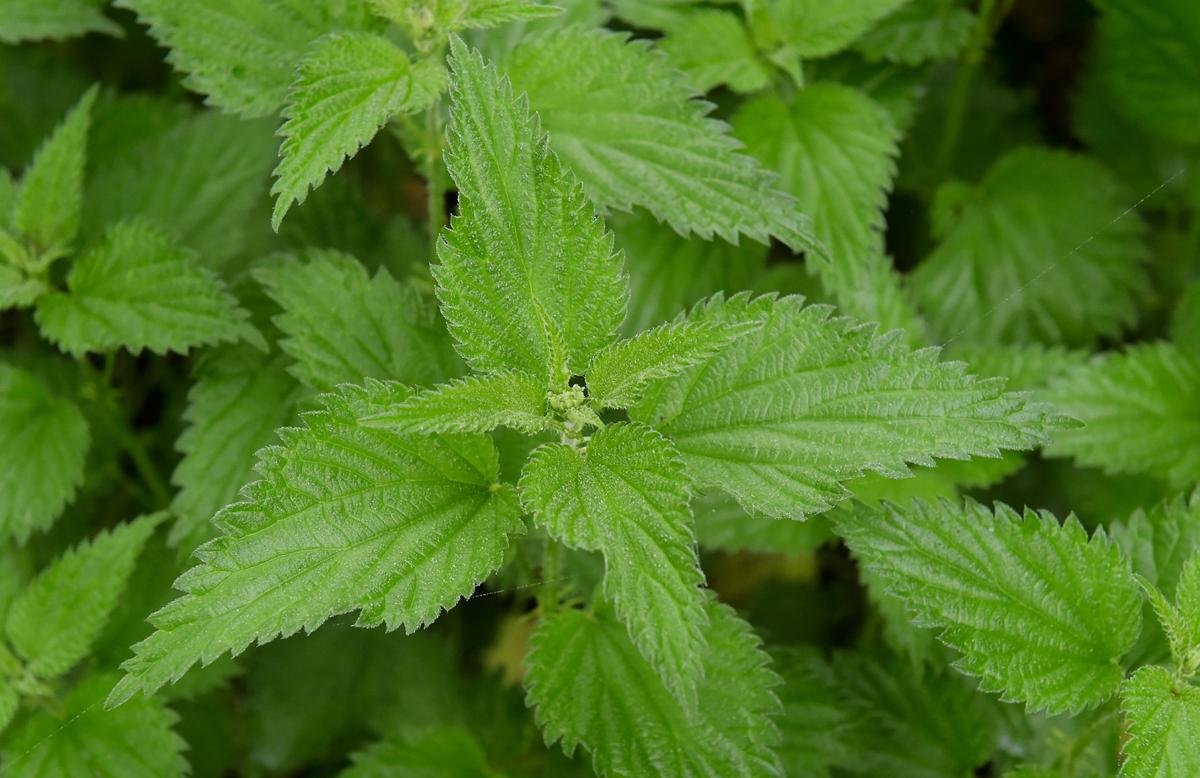 Wild and edible plants such as stinging nettle, commonly know as burn hazel, are found in the Lancaster County Central Park on Thursday, May 2, 2019. 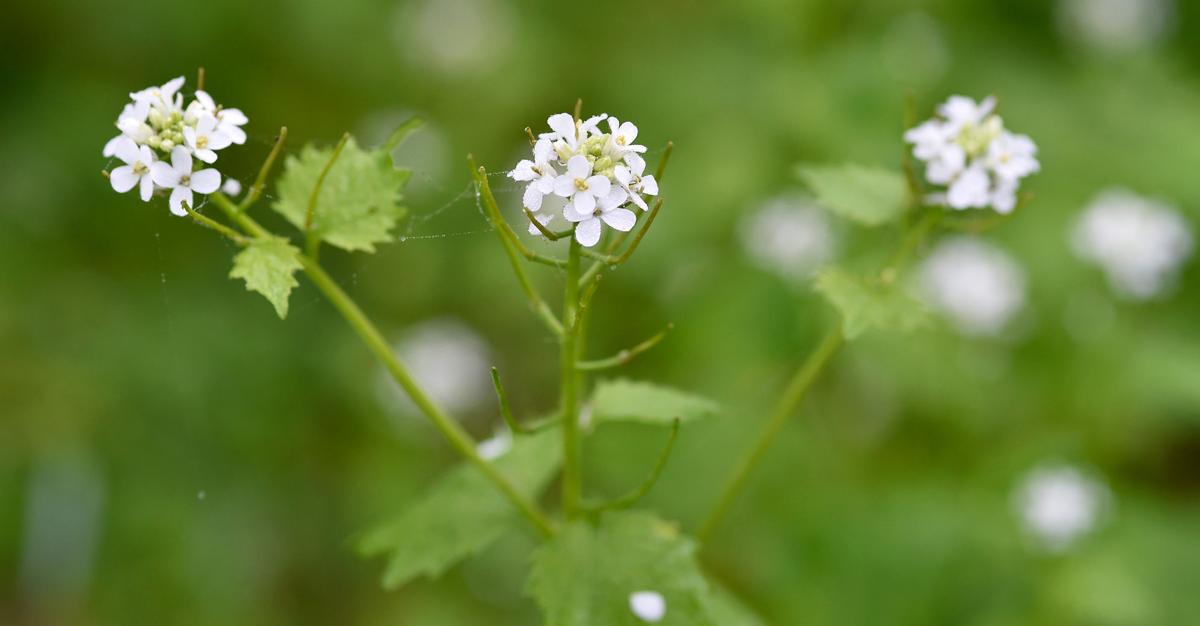 Wild and edible plants such as garlic mustard, are found in the Lancaster County Central Park on Thursday, May 2, 2019. 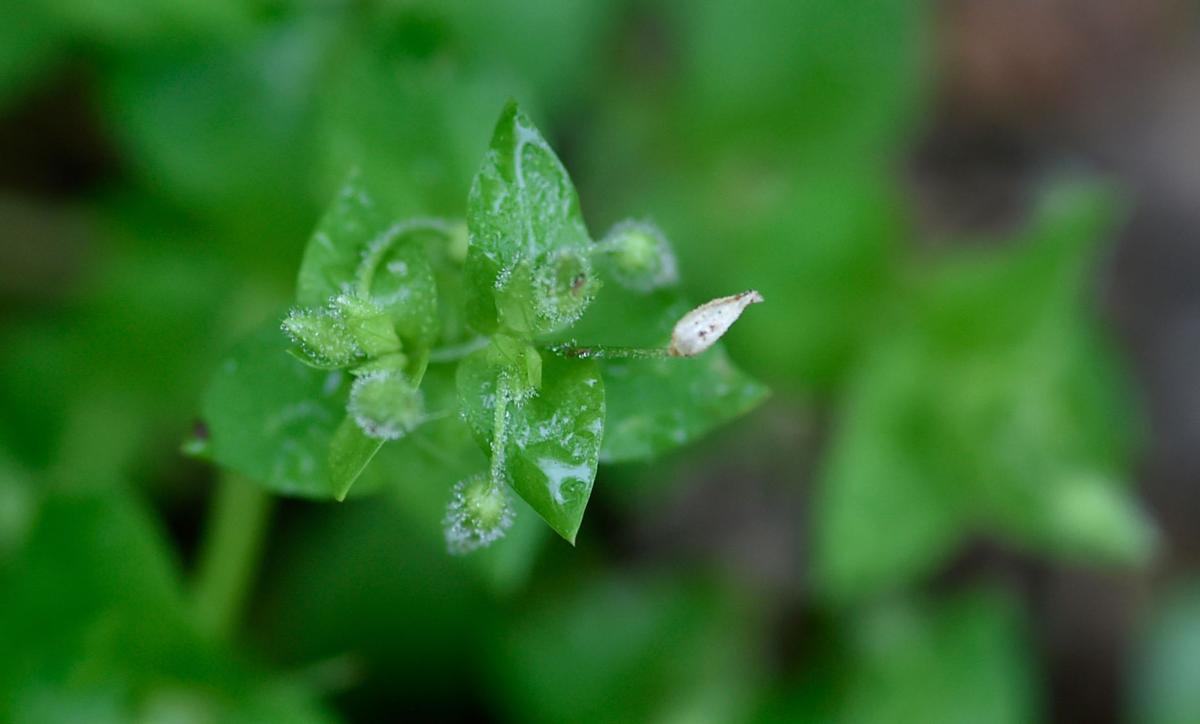 Wild and edible plants such as chickweed, are found in the Lancaster County Central Park on Thursday, May 2, 2019. 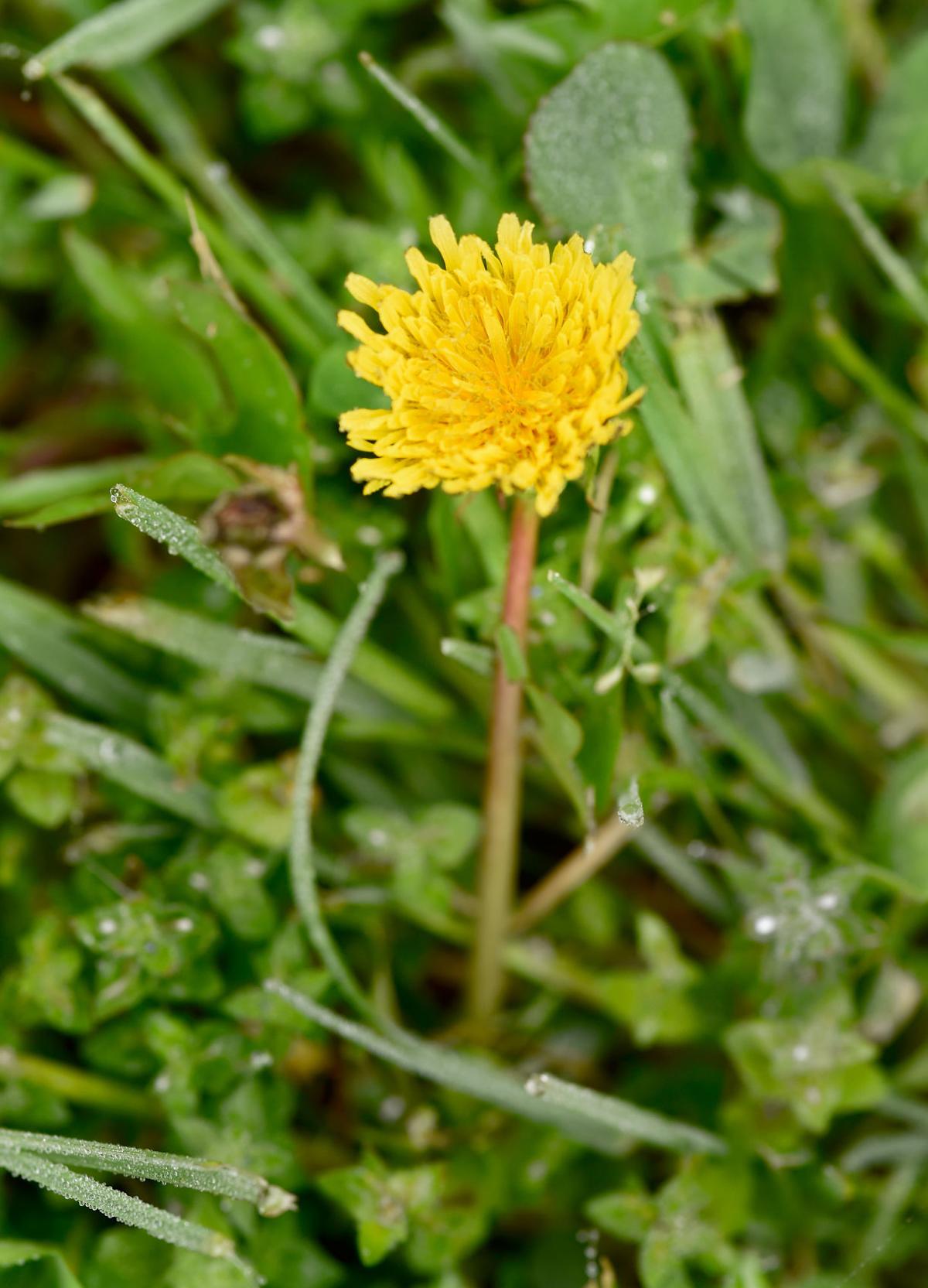 Wild and edible plants such as dandelion, are found in the Lancaster County Central Park on Thursday, May 2, 2019. 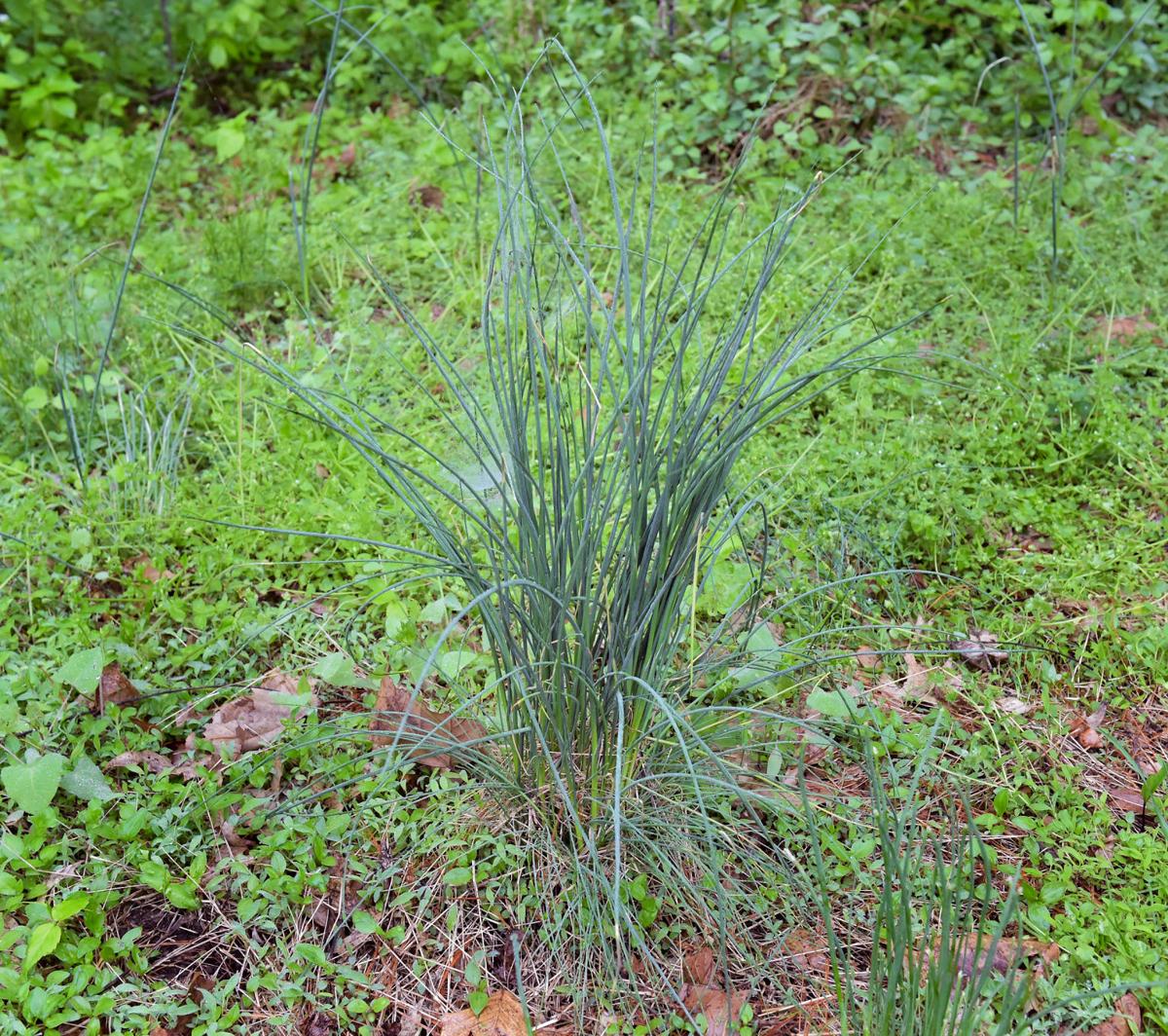 Wild and edible plants such as this onion grass, are found in the Lancaster County Central Park on Thursday, May 2, 2019. 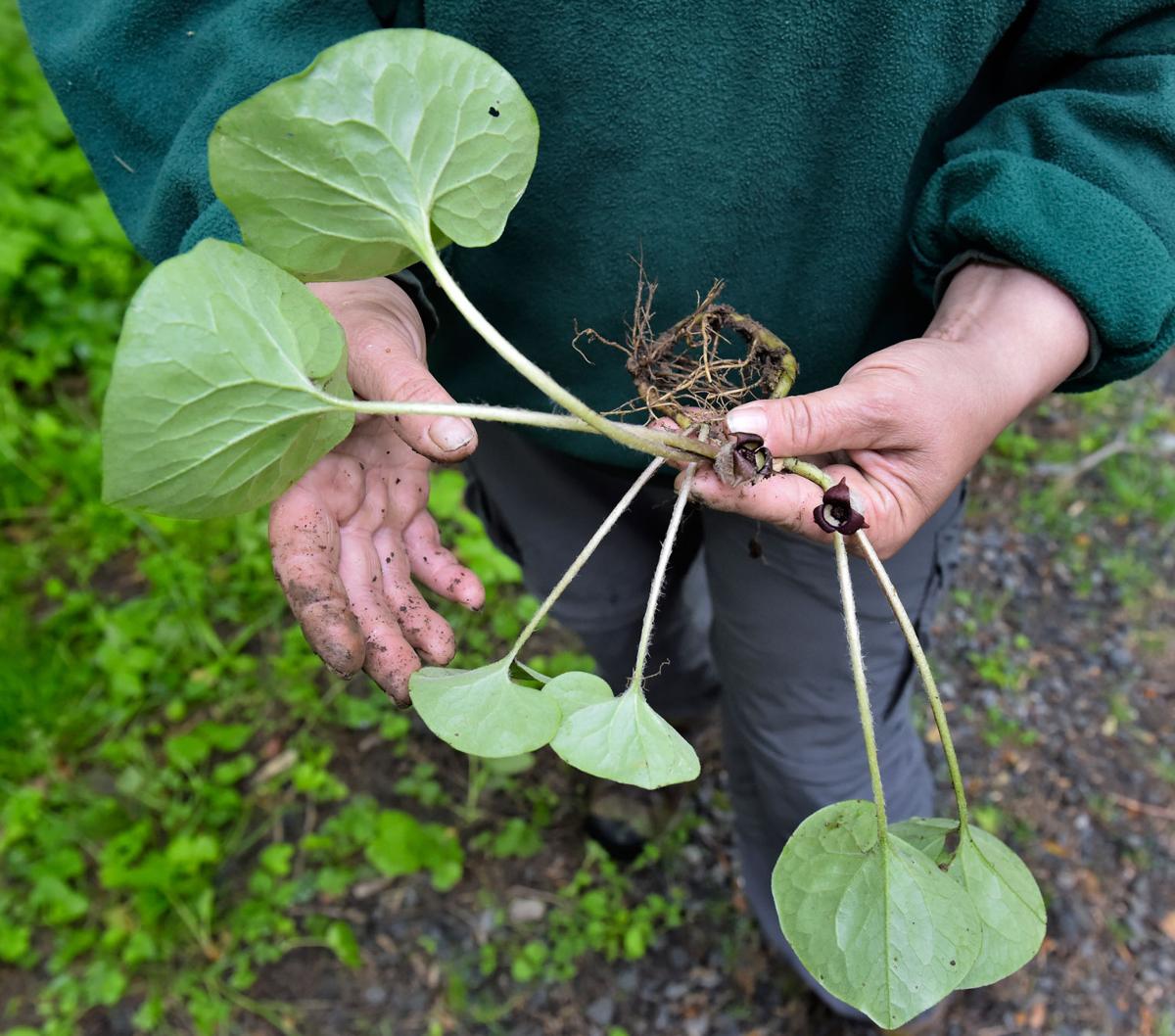 Wild and edible plants ginger, are found in the Lancaster County Central Park on Thursday, May 2, 2019. 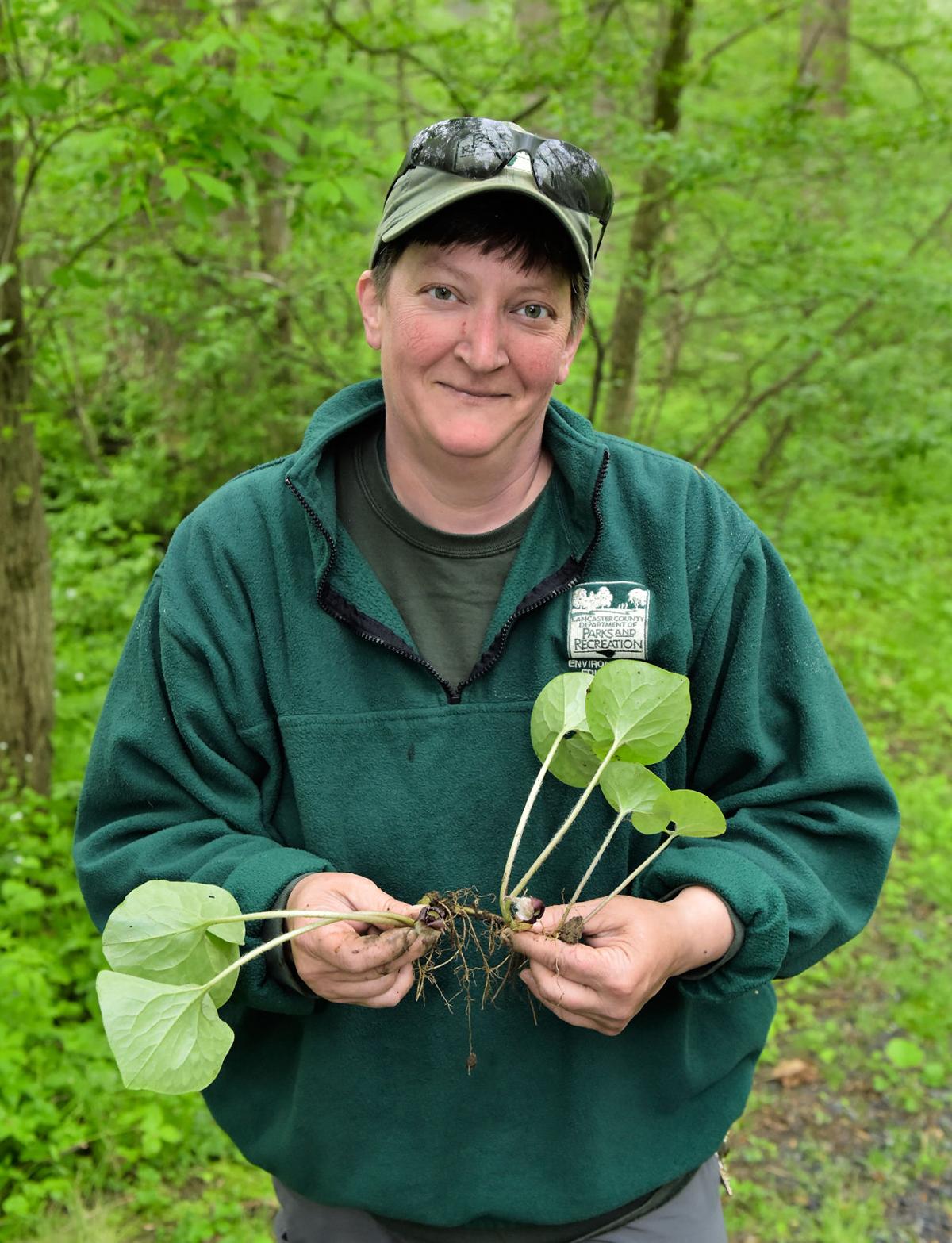 Lisa Sanchez, a park naturalist, holds a sprig of ginger, that will quickly be replanted back in a patch within the Lancaster County Central Park on Thursday, May 2, 2019. 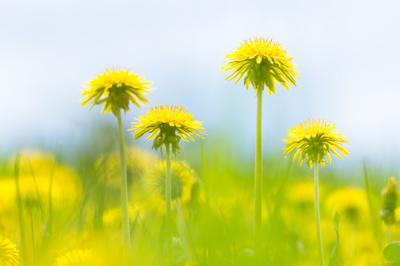 She pointed out dandelions, stinging nettles and chickweed. She found clover, ground ivy and wild onion. She spotted little Indian strawberries that taste like “puffs of air.” Garlic mustard that seemed to be growing everywhere. She located a patch of poke (known as poor man’s asparagus), which needs to be harvested when it’s less than 6 inches tall and boiled in three different baths of water before it’s edible (“Just buy asparagus,” Sanchez says).

She found violets and May apples — parts of both plants can be used to make jellies. She found red raspberries and notes that you’d have to get up pretty early in the morning to get those before the birds have at them.

She showed off some cleavers — also known as bed straw because pioneers and Native Americans used it to sleep on — and she mentioned that cleavers are used in the cheese industry because the sap curdles milk.

In fact, many of these nutritious edible plants had alternative uses — one can even predict the weather.

Sanchez has been teaching everyone from kindergartners to octogenarians about wild edible plants at Lancaster County Central Park for decades. She especially loves talking about wild plants with older people who remember when foraging was a common practice.

“I love doing programs for our older community because they remember when ‘mom sent me in the backyard to collect those dandelion greens,’ ” Sanchez says. “I’m hoping that younger generations are going to get more into foraging or even just allowing what a lot of people consider to be weeds to grow in our garden because they are so good for us.”

Dandelions are everywhere, but interestingly, they are not native to the United States. Early European settlers prized the dandelion for its nutritional value and its health benefits as a tonic. In fact, the vitamin D and potassium-rich plant is so good at flushing the system that the French refer to it as “pissenlit,” which roughly translates to “wet the bed.”

The dandelion gets a bad reputation as a weed, but as Sanchez points out, the definition of a weed is open to interpretation. Weeds are basically “plants growing where you don’t want them to grow.” Sanchez welcomes dandelions in her garden. Every part of the dandelion is edible, including the flowers, leaves, seeds and the root.

“You can do a lot of things with the dandelion,” Sanchez says. “I like to dip the flowers in a little batter and deep-fry them; people make wine out of them; you can make a coffee substitute by roasting and grinding the root. In Louisiana, they put chicory in coffee and chicory is related to the dandelion. If you’re a true Lancastrian, you eat your dandelion greens with hot bacon dressing. That gets rid of any bitter flavor the greens may have.”

“Everybody has wild onions,” Sanchez says, “but most people just mow them down, so they never get these nice long chives that you can eat. You can eat the bulb. It’s just a quick peel and it’s ready to go. Free onions!”

Sanchez also mentions that if you let onion plants grow into the late summer, they will develop a purple- pink flower.

“If you find something that smells like an onion, it’s edible,” she notes.

Garlic mustard and winter cress —the plant, which has yellow flowers, can often be found growing on the side of the road — are two of the many varieties of wild mustard.

Winter cress leaves often make their way to bagged salads. Another interesting fact about winter cress is that it’s the plant that was domesticated into broccoli. Broccoli is actually a mustard. Garlic mustard tastes a bit like broccoli with a kick of garlic.

“If you continue to let broccoli grow it gets a little yellow flower with four petals, and four petals is the classic cress, or mustard,” Sanchez says. “We just domesticated broccoli to make it taste less bitter.”

Garlic mustard is an invasive plant. “When I started at the park 26 years ago, there was very little garlic mustard. All of the sudden it just erupted,” Sanchez says.

Chickweed is another plant that is completely edible, from the leaves to the flowers to the seeds. Chickens and other ground-feeding birds love to eat the seeds.

“The books say chickweed tastes like peas,” Sanchez says. “Some people get a little bit of that fresh pea flavor, but (to me) it tastes the way the hair on corn smells.”

You can probably find the plant with the little white flowers growing in your flower bed and garden, and on the edges of woods throughout the summer and, sometimes, even into the winter.

As well as being a tasty wild plant, chickweed has another interesting use.

“Chickweed was used by Native Americans to predict the weather,” Sanchez says. “When the flower closes, it’s going to rain. It’s that simple. Now if only we could get a plant that would tell us how much snow we’re going to get, the meteorologists would all be out of a job.”

People know stinging nettle (“also known as burn hazel if you’re from Lancaster and Lebanon counties,” says Sanchez in a playful imitation of a Pennsylvania Dutch accent) as a plant that can hurt you. It’s covered in little hairy thorns. But it’s edible. The plant has formic acid (a chemical also produced by some species of ants) on it so it must be boiled for about 10 minutes before eating it.

“It tastes similar to spinach,” Sanchez says. “I boil it, add a little bit of feta cheese and roll it in filo dough and call it spinach pie.”

Sanchez lets stinging nettles grow in her garden and harvests them throughout the year.

“The very last thing you do after you have a meal of all these things,” Sanchez says, “is go out and gather some wild ginger.”

Wild ginger has a heart-shaped leaf with a maroon-colored flower on it. The plant is pollinated by beetles.

Native Americans were candying ginger long ago. They would dip the root into maple syrup to make a dessert that helps with digestion, notes Sanchez as she reburies the root so it will continue to grow.

The Shuts Environmental Library at 3 Nature's Way in Lancaster Country Central Park is a part of the Library System of Lancaster County and specializes in books about nature. The library features a collection on edible wild plants. If you're new to foraging, field guides and reference books are a valuable resource.

Here are two recipes from "Bill & Bev Beatty's Wild Plant Cookbook," which is available to check out from the Shuts Environmental Library.

Boil mustard greens in 2 quarts of water for 10 minutes.

Drain and chop the greens.

Season with salt and butter.

Edible wild plants can be found all over Lancaster County. Naturalist Lisa Sanchez offers some tips on foraging.

• You cannot forage in public parks. You need to know someone with a wooded area. "I like to teach people about the ones that you can find right in your own backyard, Sanchez says.

• Make sure you're not collecting from somewhere that's been sprayed with pesticides or is close to a road (because of pollutants).

• Leave some plants behind so they can go to seed — not only for you but also for wildlife. Wild animals also needs to eat.

Last night, heavy rains and thunderstorms hit the area. The trend will continue throughout today, and even heavier tonight.

Go kayaking: Where to paddle locally, plus safety tips

Get some exercise - or just relax - in a kayak on one of Lancaster County's many waterways and lakes.

Here are eight ways to spend the solstice in and around Lancaster County.

Let’s start with some rules that apply to all bug repellents, no matter what kind.

Here are four insect pests to look for and tips on how to keep them away from your precious plants.

Follow this mulch guide to get the most from your mulch.

The monarch, which undergoes drastic transformation, remains a symbol of hope.