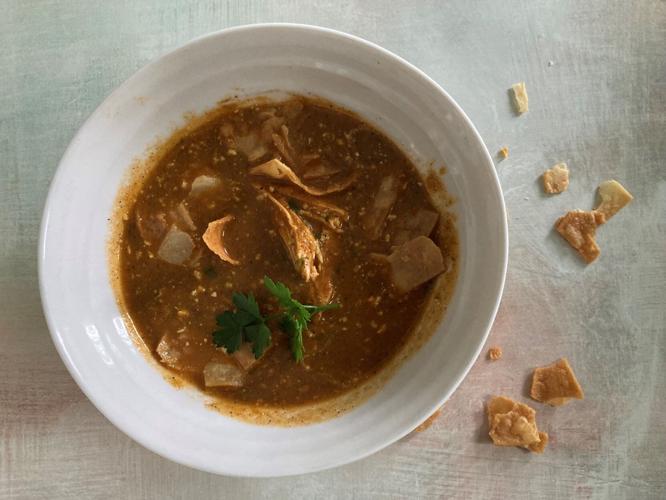 The tortilla soup from El Toro Barbacoa, with a smoky broth of tomatoes and guajillo chile peppers, was shelter from the storm on a recent rainy work-from-home hump day. 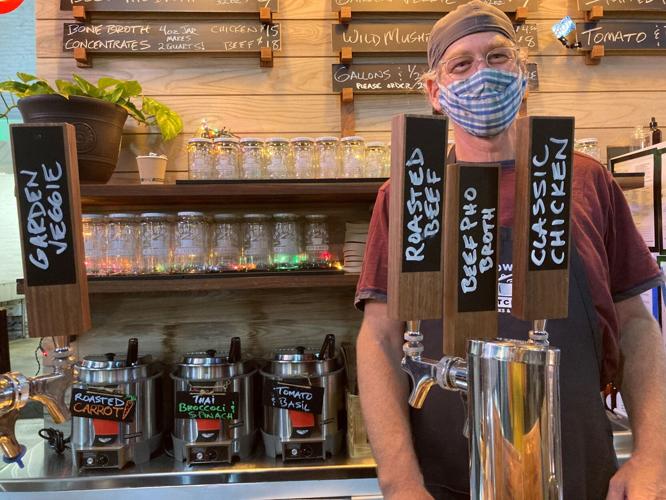 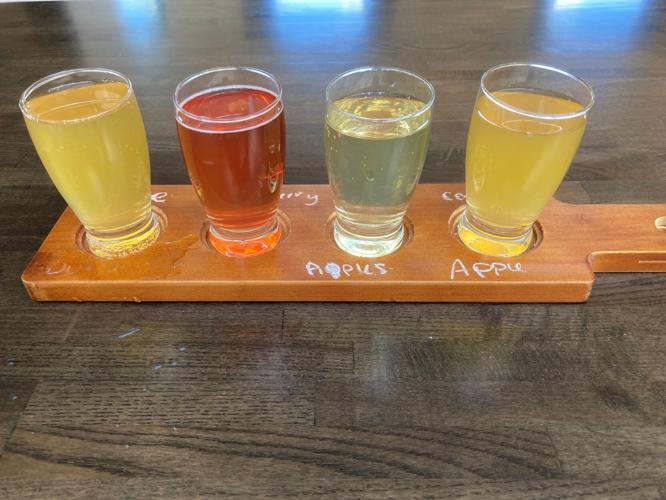 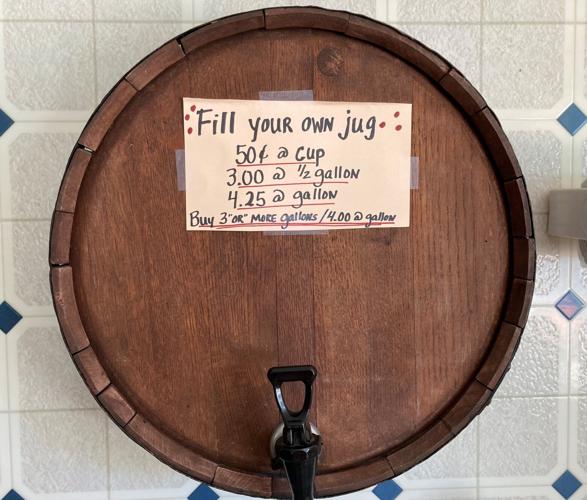 The apple cider tap at A.B. Orchards in Paradise. 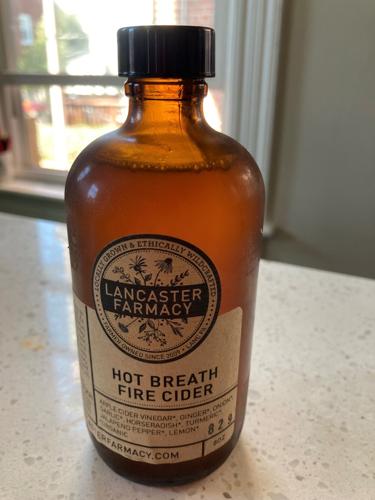 The apple cider-based "fire cider" from Lancaster Farmacy is a herbal remedy designed to fight off colds and flu. 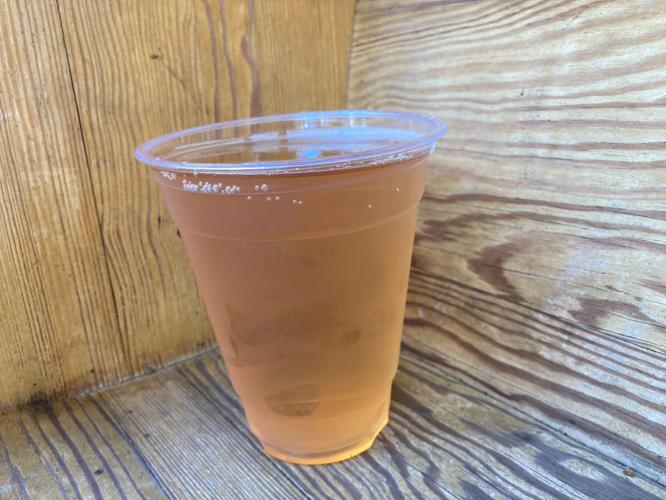 The blueberry oolong kombucha from Renewal Kombucha in Lititz. 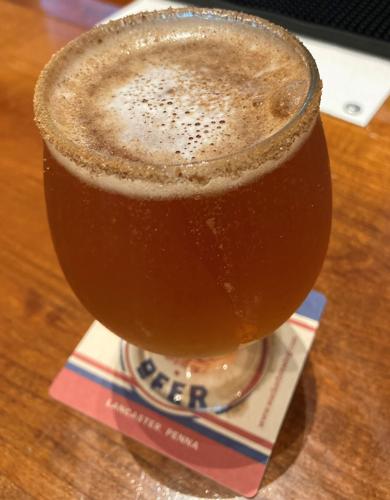 The pumpkin and yam-based "pumpkin guts" ale from Wacker's Roadhouse in Willow Street.

In the second part of this two-part series celebrating fall in Lancaster, we go on a liquid diet and encourage you to tag along. With the cooler temperatures and shorter days, fall presents an opportunity to sip at a more leisurely pace, from broth to beer. We’re less likely to be thirsty for quenchers and more likely looking for ways to warm up, curl up and really taste what’s in your glass or bowl. As always, let us know if we’ve missed your favorite fall sips. And if you missed the fall eats story in Sunday’s paper, check it out online at: lanc.news/FallEats.

While you peruse the smoked meat options (of which there are many) on the menu at El Toro Barbacoa (14 Blue Rock Road, Millersville), do not skip over the tortilla soup. It’s the real deal, a tomato broth flecked with charred guajillo chile peppers and packed with flavor. On a recent rainy afternoon, I wanted the broth to go on forever. Shredded chicken turns this broth into a meal, which is topped with cotija cheese and a squeeze of lime. For my takeout order, a container of crisped-up tortilla strips was packed separately, ensuring a crunchy at-home garnish.

Local broth-meister Drew Moore and his team just celebrated their one-year anniversary at Lancaster Central Market (26 N. Market St.), where you can order homemade bone broth from the tap. But in the months since his Crowded Kitchen stand opened, Moore serves up three to five soups every week sold by the lunchtime pint or (eat-later) quart, with at least one vegetarian option. (On a recent visit, tomato basil, Thai broccoli and spinach and roasted carrot were among the choices.) Stay tuned, Moore says, for an expanded menu of broths that will come with a fixins bar of toppings and garnishes to zip up your broth.

The nectar from freshly pressed apples is about as autumnal as it gets, and in Lancaster, you can get your cider fix in multiple formats. Here are our notes from a recent scouting trip.

Soft: This means just the juice, or non-alcoholic cider. Two of my soft favorites are Kauffman Orchards (3097 Old Philadelphia Pike, Bird-in-Hand), which is flash pasteurized, and A.B. Orchards (5754 White Oak Road, Paradise), which offers unpasteurized cider from a refrigerated tap. You can bring your own jug if you like, or you can fill an 8-ounce cup for a unique, in-the-moment experience.

Hard: This refers to apples that have been fermented and brewed and pack some alcohol, and when we’re looking for hard cider, we love the options at Wyndridge Farm Tasting Room (398 Harrisburg Pike). On a recent visit, I tried a flight of four: cranberry, caramel apple, maple bourbon and “apples and oranges,” which was crisp, dry and drank very much like a white wine. Head up to the second floor for the tasting bar, which is filled with natural light on all sides. On a dry day, be sure to check out the attached deck, which kind of feels like a secret treehouse (bonus points for the heat lamps). P.S. Wynridge recently rolled out a Giant Donut Cider, a sweet hard cider which is available in six-packs exclusively at Giant stores.

Medicinal: This refers to fire cider, a traditional apple-cider-based remedy that includes garlic, chile peppers, horseradish and other immune-supporting aromatics intended for cold and flu season. Over the years, friends would make a batch and share their stash; I’m so relieved to find a hyperlocal version from neighbor/farmer Elisabeth Weaver of Lancaster Farmacy (lancasterfarmacy.com). Available in an eight-ounce bottle, Weaver’s Hot Breath Fire Cider packs a vinegary punch and I may have puckered my lips a few times. But I will dilute with hot water and make a tea or add to my next vinaigrette (as the label recommends); without a doubt, Weaver’s elixir will come in handy very soon.

My only regret about the blueberry oolong kombucha at Renewal Kombucha (53 N. Broad St., Lititz) is that I didn’t buy enough. The woman behind the bar assured me that the blueberry oolong, which is spiced with cloves and allspice, would feel like a step closer to fall but not all the way, and she was right. With the blueberry notes, I still had one foot in summer, and I loved every sip. Expect the fully fall vibes from the forthcoming lineup that includes roasted mocha, turmeric chai and cinnamon orange mate, says Renewal’s Katie McGann.

P.S. Renewal’s address is new, albeit one door over; they traded places with The Savory Gourmet, which means on-site production space (and hopefully more kombucha at local grocery stores.)

With a tip from my editor, I headed to Wacker’s Roadhouse (312 Beaver Valley Pike, Willow Street) for their inaugural “Pumpkin Guts,” a pumpkin beer with a little yam thrown in. I was admittedly hesitant as I watched the bartender line the rim of my glass with sugar and pumpkin spice blend, but the sweet touch really works. The beer is surprisingly light and crisp and a world apart from pumpkin ales I’ve sampled in the past. More, please. Wacker’s coffee stout, made with the Moroccan roast from Mean Cup, isn’t too shabby, either. As the bartender experimented blending the two in one glass, I suggested a new name: Pie ‘n’ Coffee.

10 things to eat in Lancaster County this fall

Can you smell it? There’s a distinct perfume in the air that tells you that summer has signe…

A text message appeared on my phone while we were on vacation last month. It was from Diana …

If you live outside of the mid-Atlantic region, you may not know what in the world a neck pu…

Here's where you can get freebies and deals Wednesday, Sept. 29, for National Coffee Day

What’s better than a cup of joe on a lovely fall day?

Quarryville native auditions on NBC's 'The Voice'; here's what the judges said

Kayla Lilly, a Quarryville native who's a senior at Temple University, auditioned on NBC's "The Voice," in an episode that aired Tuesday, Sept. 28.

The sources that follow are a mix of farms raising pigs on pasture or businesses sourcing lard from pastured pigs. Some offer leaf lard, the c…

Editor's Note: This story was initially published in November 2021.

Thanksgiving planner: How to prep, what to cook and more tips from a trained chef

Editor's Note: This story was initially published in November 2021.