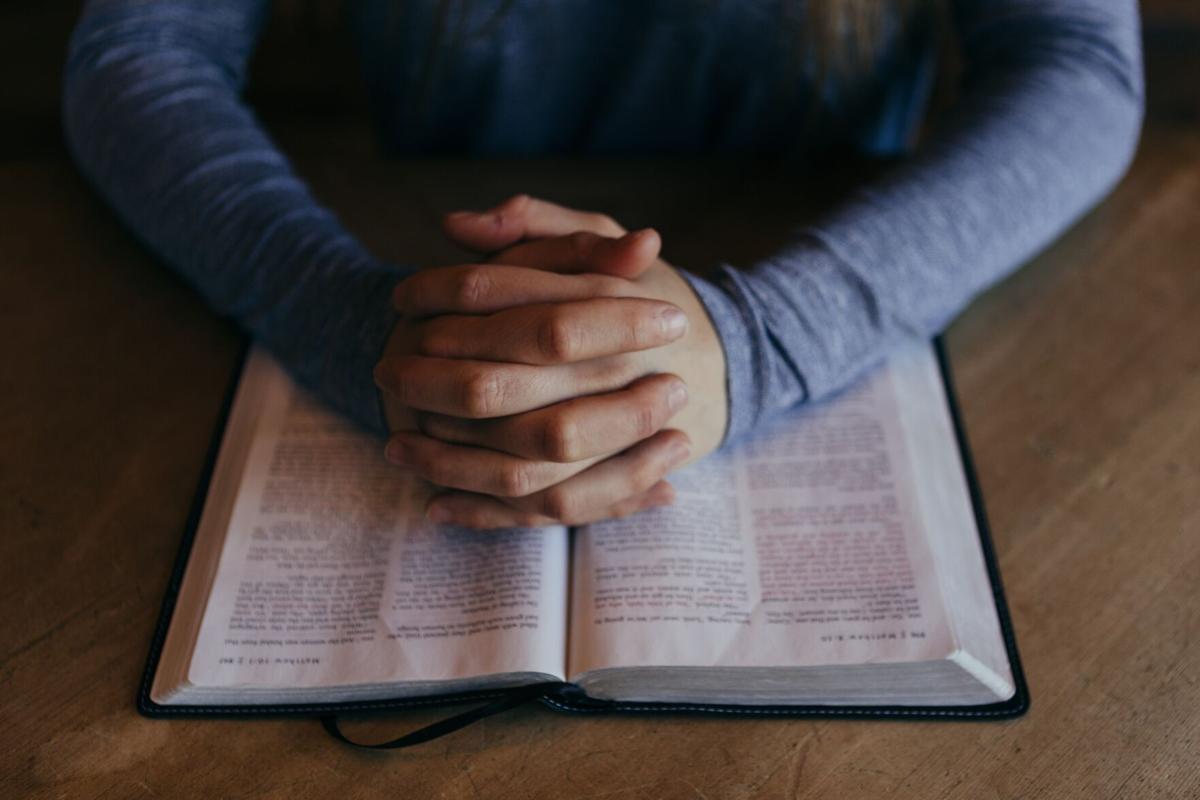 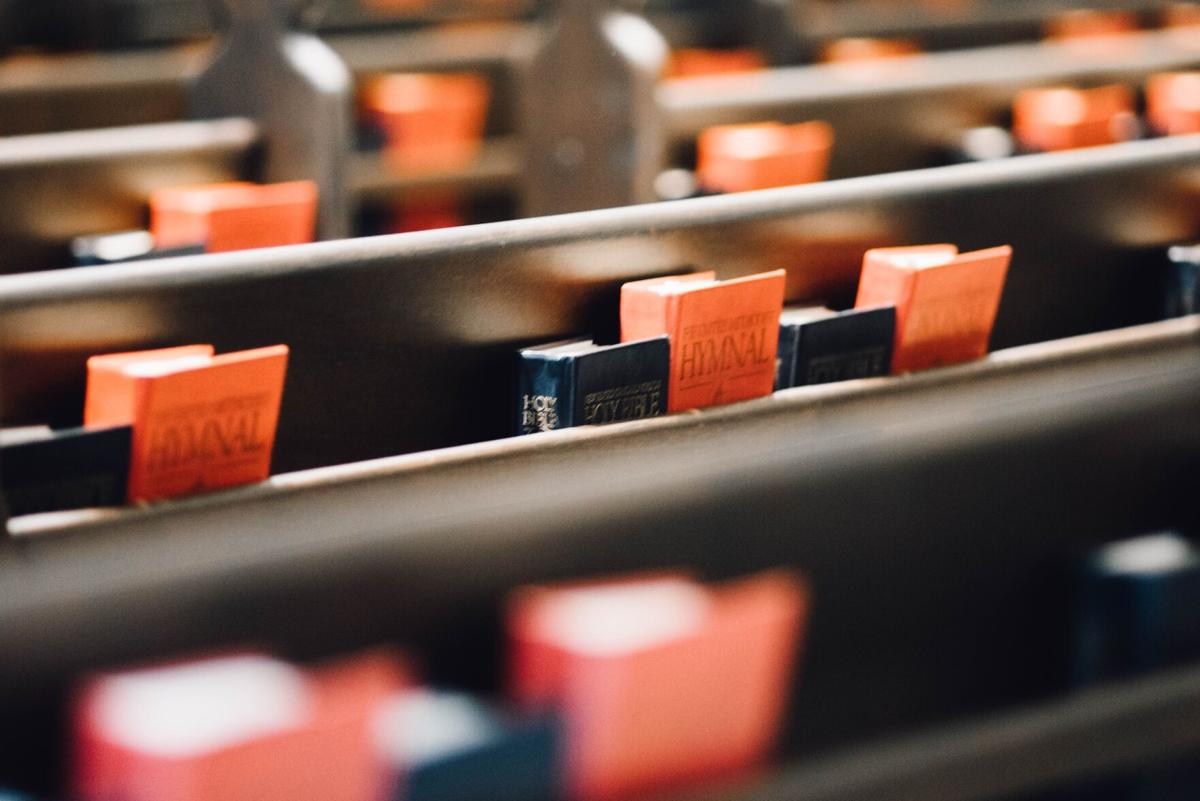 I hope you will forgive my skepticism, but I’m not sure this is true any longer. It appears to me that our culture has moved to worshiping the gods of money and power rather than the Creator of the Old and New Testament.

(Dear readers, I would like to know your personal opinion about this issue. Please send me an email to the address listed below.)

Looking back in our history, it is a well-known fact that many of our forefathers came to this country as a result of religious persecution in their country of origin. They were people of deep faith who were willing to risk the ocean crossing to establish themselves in a world that was totally different from anything they had known. Fortunately, it would come to be a land not ruled over by a king but one that encouraged individual freedom of choice regarding their allegiance to a higher power and the willingness to allow the unfettered practice of religion.

These were people of strong faith who could not be dissuaded from believing that neither a king nor priest nor even a pope should have the right to take away their freedom to practice religion according to their personal beliefs.

My goodness, how the times have changed! Instead of Americans fighting to protect their freedom to practice religion in whatever manner they choose, recent sociological studies seem to show that many Americans have lost interest in religious issues and church attendance, and believe organized religion is essentially antiquated and irrelevant in the 21st century.

With the exception of some of the megachurches that boast that they have thousands of members, and certain evangelical and fundamentalistic communions, many of the mainline Protestant churches such as Episcopalians, Methodists, Presbyterians and many others have experienced poor participation (except for elderly members), a decline in young peoples’ involvement, and financial strain to keeping the doors open for worship.

Fifty-five years ago, when I was teaching counseling to Roman Catholic priests at Catholic University in Washington, D.C., there were over 400 students at the seminary. When I visited there a few years ago, there were fewer than 25 students. This was due in part to financial issues, coupled with a lack of a need for clergy personnel in local parishes.

There have also been many Protestant churches that have experienced similar scenarios. In my opinion, the church has never been able to compete with the massive cultural changes that have taken place in this country over the last 100 years.

These include moving from being an agricultural society to being an industrial society; incredible changes in the environment; educational and economic inequality; racial and gender discrimination; political unrest and severe dysfunction in government leadership.

Add to this the current crisis of a pandemic which appears unabated in spite of a vaccine; the inauguration of a new president and the impeachment of the previous president; the presence of foreign and domestic terrorism resulting in insurrection and death at our nation’s Capitol; and the fact that our hospitals and medical staff are totally overwhelmed with treating the sick and the dying.

With a laundry list like this, is it any wonder many people have lost their trust in one another and in God?

Back in the 1940s and ’50s, when I was growing up, we rarely locked our doors — trusting that no one would steal from us. And in those days a person’s word was their bond and contracts more often were sealed with a handshake rather than a signature. I have always believed that “trusting” is closely related to “faithing” (my coined word).

In my experience, when trust disappears one’s ability to have faith diminishes as well.

So where does this leave us? Some say it leaves us with our back against the wall — hopeless, helpless, fearful and desperate — much the way many Americans have been feeling since the beginning of COVID-19.

I’m sure in this state of mind many have engaged in what was called “the foxhole confession.” Two soldiers are hunkered down in a foxhole while the enemy is fast approaching. The first soldier says, “I don’t want to die! Please, God, spare me, let me go home alive.” The second soldier says, “I think we need to have a prayer.” The other replies, “I don’t know how to pray.” The first says, “I don’t know either, but I’ll try.” They hold hands and fall on their knees. The prayer begins: “God, if you can hear me, we know that we have done some bad things and we have not lived like you wanted us to. Please know, if you save our life tonight, we will live the rest of our life doing everything you want us to do. Amen!” At end of the war, these men returned home safe and sound, but they never forgot that night in the foxhole where in their desperation they were able to discover the God they had forgotten, and the faith that brought them home.

Sometimes tragedy, fear, pain and suffering provide the opportunity for us to discover the faith that we left behind and the God we have forgotten, who loves us, hears us and is always just a heartbeat away.

In the midst of this pandemic, with all the pain, separation, heartache and death, may we realize we have the support and care of one another and a loving God through whom all things are possible.

Robert Olson is a pastoral counselor and family therapist who specializes in geriatric issues. He invites comments and speaking invitations at robertolsonbdma@gmail.com.

I’ve been admiring stately tundra swans at Middle Creek Wildlife Refuge this winter, as I ha…

We're now in the eleventh month of the pandemic.

Update: Due to inclement weather, this event, originally scheduled for Feb. 7, has been post…

Lancaster County may soon have a formal plan for how it will vaccinate the community at large when more COVID-19 vaccines are available.

If you have the winter blues, you’re not alone. Here are some tips to help [column]

Summer is a distant memory, the excitement of the holidays is over, the days are at their shortest and the coldest season is upon us – and I a…

Elders and disabled persons, beware! There are evil people in the world who are out to steal your money and your identity. They really couldn’…