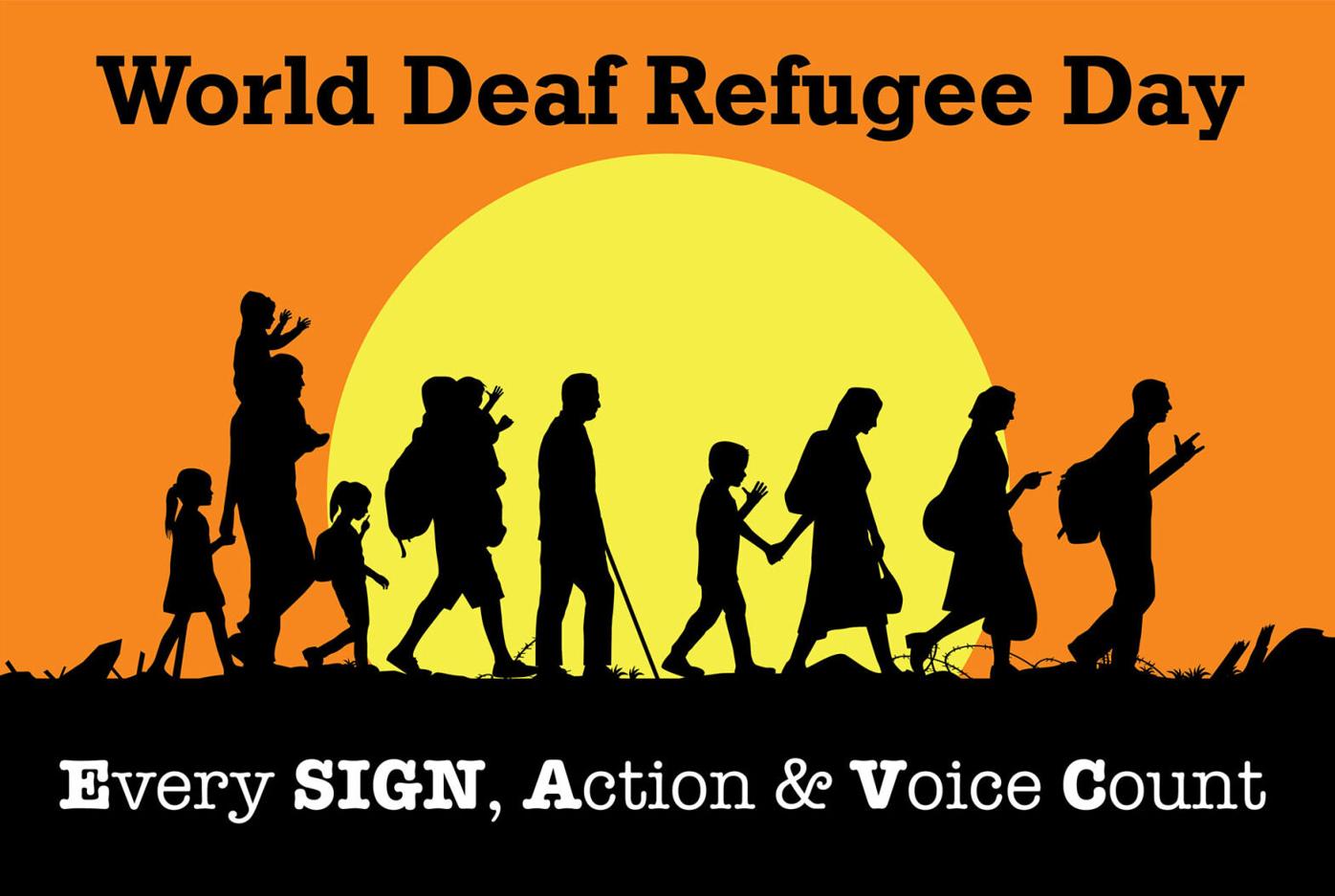 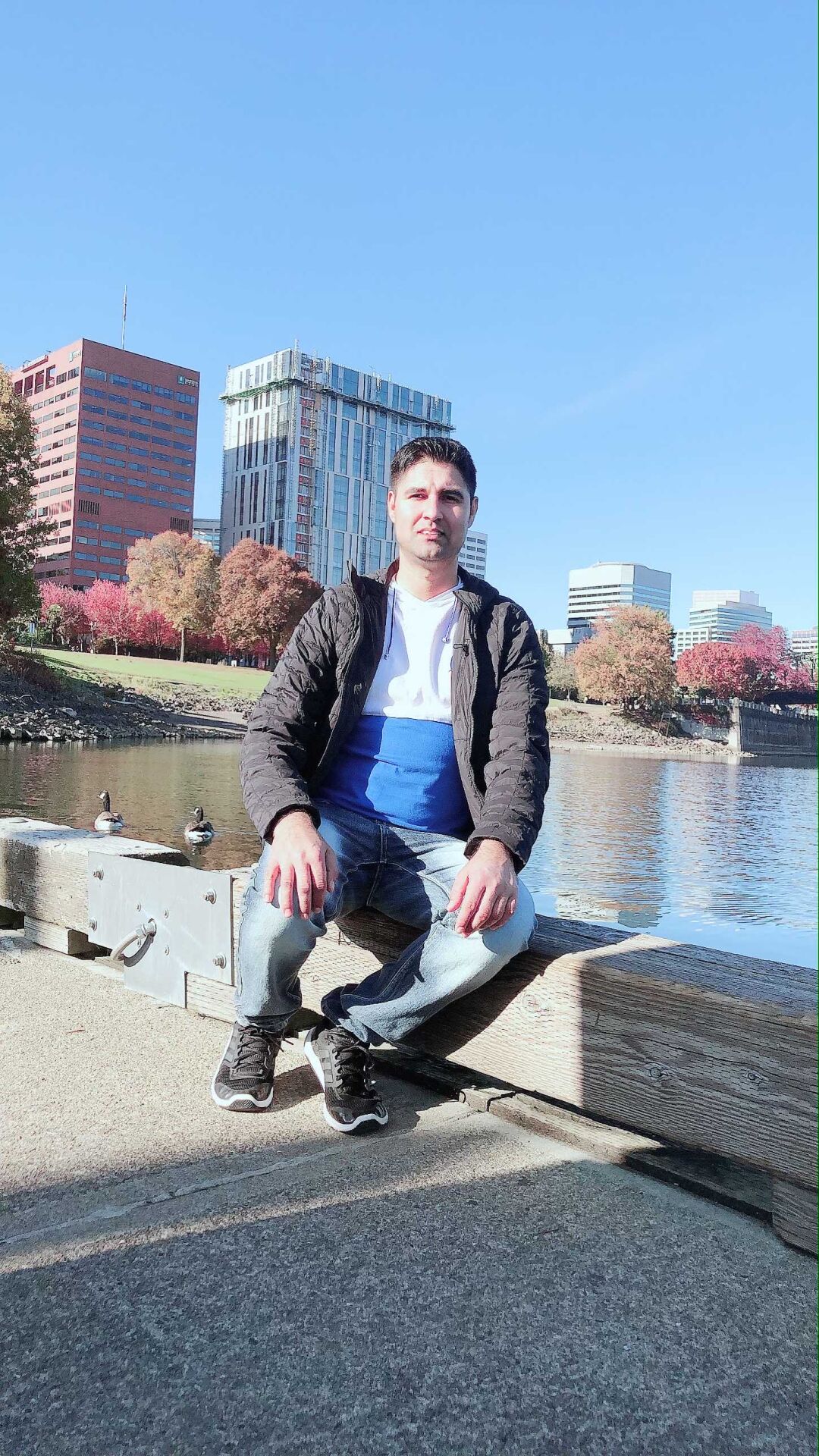 There are about 130 different versions of sign language in the world. Several are in use in Lancaster this week at the World Deaf Refugee Day Conference.

The first of what organizers hope will become an annual event, the conference — which starts today, June 10, and runs through Saturday at Millersville University’s Ware Center —is attracting deaf refugees and immigrants from more than 20 countries.

Bhawani Dangal is among them.

Prior to the conference, Dangal and other event organizers answered questions in sign language during a group Zoom. A translator was on the call to let a reporter know what Dangal said. Even without her translation, the excitement was evident in Dangal's hands.

“This is the ultimate reunion. When we used to live in Nepal, in refugee camps, we were so close. ... We saw each other daily,” Dangal said. “When we all moved to America … we ended up living separately. This is an opportunity for us to actually see each other physically and to celebrate our past, our present and look to the future.”

Dangal, who is deaf, was born in Bhutan. He thinks he was about 6 or 7 years old when his parents physically carried him out of that Himalayan country between China and India. Like thousands of others who fled from Bhutan, he spent years in Nepal and arrived in the United States in 2011. He’s now a Nepali Sign Language-to-American Sign Language interpreter and refugee advocate.

The deaf Bhutanese community has a large presence in south-central Pennsylvania with at least 65 people and counting, said Bill Lockard, another conference planner. That’s part of why Lancaster was selected to host the event, he said.

Lockard is the West Chester-based program director of Deaf Community Action Network - DeafCAN! That nonprofit primarily works with deaf-blind individuals, those who are deaf or hard of hearing in the criminal justice system and deaf and hard of hearing immigrants and refugees.

“We had an influx (of refuges) about two years ago in the state of Pennsylvania. ... As we started to get the word out there and as Bhawani started to get the lay of the land, all of a sudden there was this pandemic,” Lockard said.

Many hearing refugees and immigrants arrive in the United States without knowing English and need interpreters, Lockard said. Similarly, it does very little to provide someone who doesn’t understand American Sign Language an ASL/English interpreter, he added.

About 1.7% of children across the globe suffer from disabling hearing loss, according to a 2018 presentation from the World Health Organization. In Dangal’s home region of South Asia, hearing loss prevalence among children is 2.4% — higher than any other region in the world. Among adult males in South Asia, the prevalence is 10.7% compared to 8.5% worldwide. Prevalence for adult women is 8% in South Asia compared to a global average of 6.7%.

Specific reasons for the higher percentages were not discussed in the WHO presentation. But issues related to medical care often come up in discussions about why deafness is prevalent in some regions. The WHO notes that hearing loss prevalence decreases exponentially in children as national income increases.

Another conference organizer, Robert Tawney of Rochester, New York, works with refugees from several countries as co-founder of Deaf Refugee Advocacy. Tawney, who is deaf, said online video chat channels have been vital during the pandemic in terms of finding folks to connect with resources even when it's not as simple as getting an address.

“Somebody might say, ‘You know that place over there on the West side? It’s kind of near that other thing. Well, so-and-so is living with this family in the white house that’s like for or five blocks over,’ ” Tawney said. “With those kinds of directions, we’ve actually been able to find people.”

That’s been easier in cities.

“We find they tend to have their success stories chronologically sooner than others who are perhaps in a more rural area who don’t have access to what they need — not just to survive but thrive,” he said.

Conference registration is closed. The Ware Center needed a final count early to meet COVID-19 requirements, Lockard said. Events there this week will involve a mix of social activities, soccer games and presentations on topics ranging from preparing for the U.S. citizenship test to fighting COVID-19 stigma and discrimination against deaf immigrants.

Lockard said most attendees are part of a group that is marginalized by larger society.

“It can be hard to find their sense of self-worth. This is a place where they can connect or reconnect and establish relationships,” he said. “It’s not about necessarily this one event and then it's done. It’s about growing that inner self esteem and knowing you have options.”

Empowerment is key, said Lockard, who stressed that the conference is being run largely by deaf people for deaf people.

“Often when you go to these types of conferences there’s (a feeling) of ‘Ooh, deaf people. Let’s provide for them. Let’s help them,’ ” he said. “That’s not the case here. ... We want the majority culture to be in the presence of deaf leaders and to really experience them.”

Eliza Asende’s home in Lancaster city, which she shares with three of her sisters and two of…

A vision-sharing session for community residents and artists takes place on June 26.

Malawi in his heart: Foundation founder makes 4th trip to African country to check on programs he supports

When Jim Robertson flew to Malawi in May, he took two suitcases — one for himself, and one with more than 30 dresses for 3- to 10-year-old gir…

After sister’s death, blanket continues a legacy of caring [I Know a Story column]

It was almost a year ago that my sister, Nancy, entered memory care at a local nursing center. Having endured Parkinson’s for over 15 years, i…