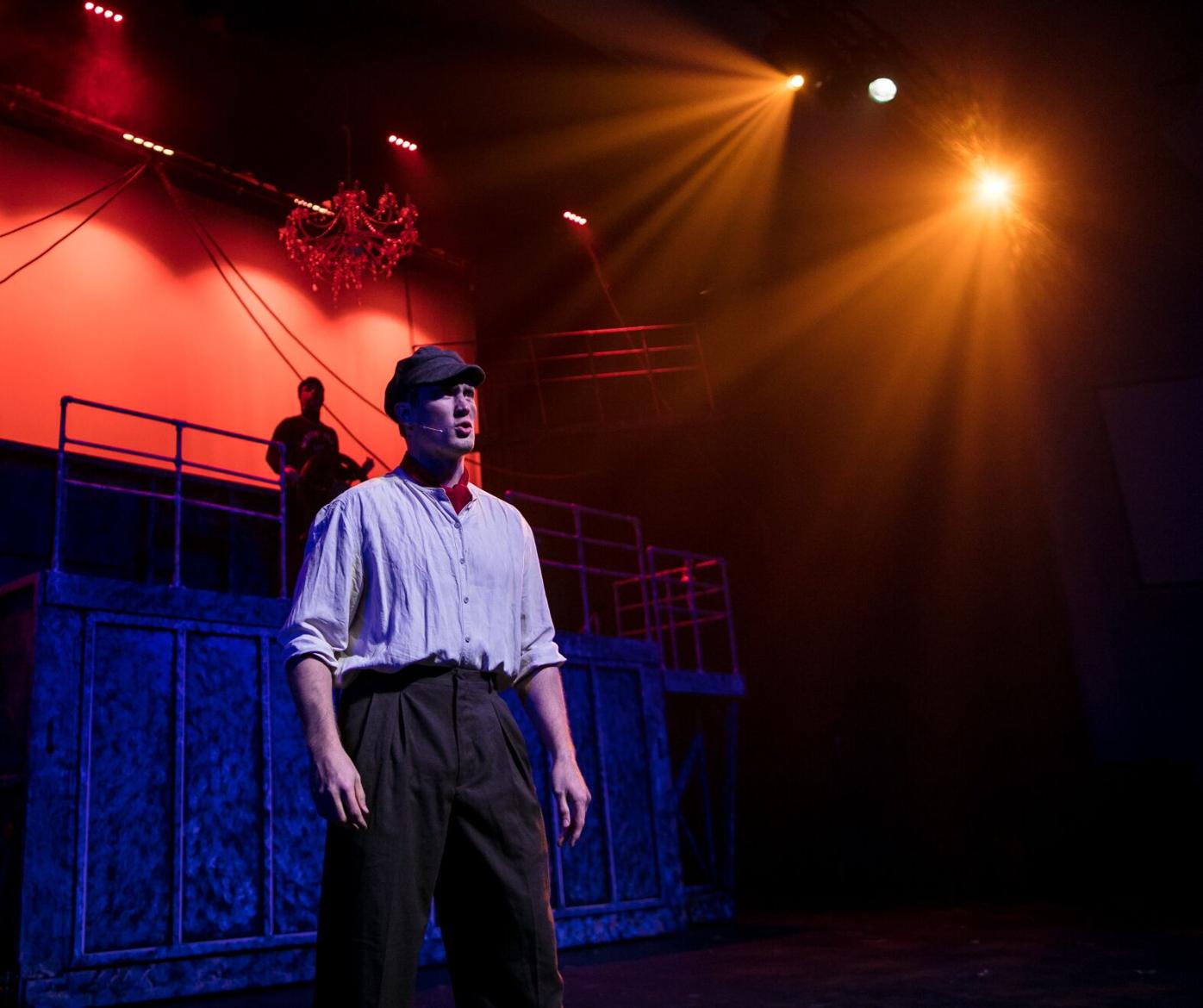 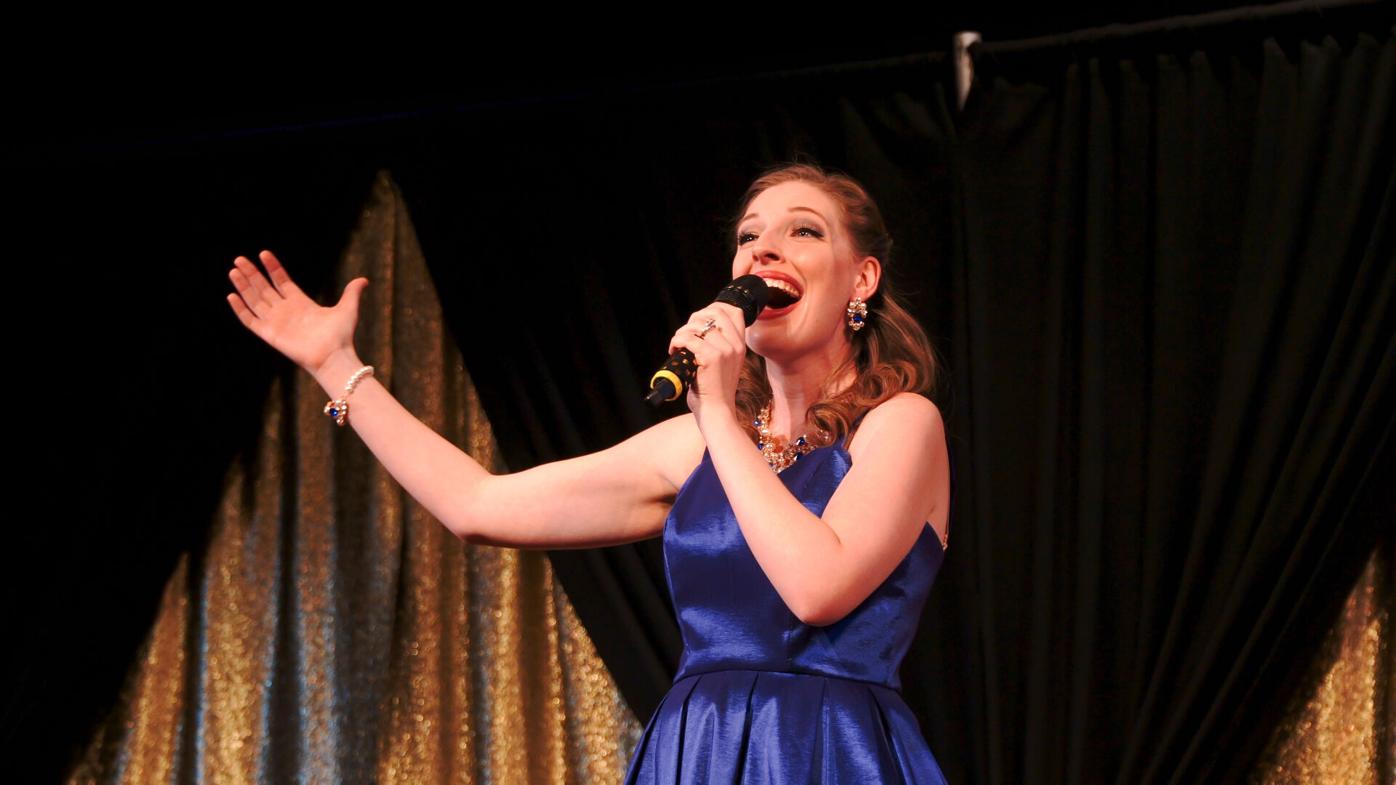 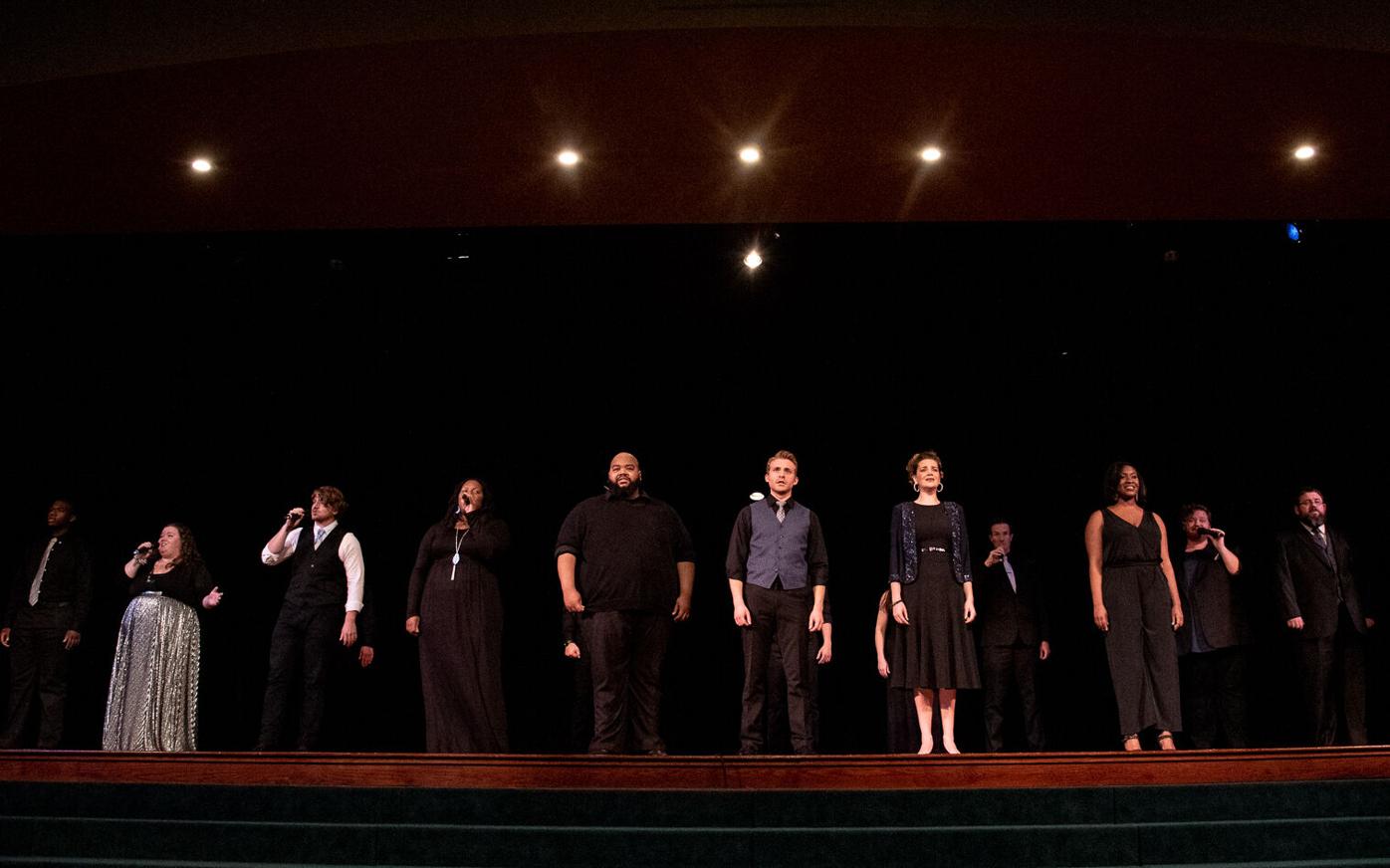 The cast of "Amazing Grace," being presented by Servant Stage Company.

It was a Friday in late June 2015, when President Barack Obama was eulogizing his friend South Carolina state Sen. Clementa Pinckney, a pastor who had been killed with eight others in a Charleston, South Carolina, church shooting.

Obama paused for a moment and then slowly began to sing.

“Amazing Grace, how sweet the sound,

I once was lost, but now am found.

Was blind but now I see.”

Soon others joined in the singing of what may be the most beloved hymn of all time. There was a palpable release of tension, as smiles and embraces offered the comfort that was so desperately needed at such a sorrowful time.

“It was the perfect moment to sing ‘Amazing Grace,’ ” Christopher Smith says. “You could see the power of such a meaningful song.”

At the same time, Smith was doing final rehearsals for the Broadway debut of his new musical that was about to open at the Nederlander Theatre on West 41st Street in New York City. The show was called “Amazing Grace,” and was the result of nearly 18 years of dedicated work as Smith followed his inspiration to write a show that paid tribute to “Amazing Grace” and John Newton, the man who wrote the hymn in 1772.

Smith had never composed, written or produced a musical before setting out to create “Amazing Grace.” He was a youth leader, coach and former police officer in the Philadelphia area, who always appreciated theater.

Around 1997, Smith happened to pick up a book about John Newton, the man who had written “Amazing Grace.” Newton was born in 1725. His mother died when he was a child and his stern sea-captain father took him to sea at age 11. As a youth, he sailed the seas and lived a reckless life of drinking.

“That could have been the end of the story,” Smith says. “But John Newton would be redeemed and not in the way you might expect.”

That’s what captured Smith’s imagination, as he read on about John Newton’s life. When he mentioned the story to his wife, Alana, the two agreed that he had something there. As far as he knew, no one else had done a musical about the man who wrote the most cherished hymn.

As Newton had written in “Amazing Grace,” he had indeed been blind, but now he saw. During Newton’s sailing days, he served on slave ships, and began to see the evils of slavery. He faced terrible storms and a near drowning that eventually led to his salvation and conversion to Christianity.

“He didn’t radically change his ways all at once,” Smith explains. “Newton’s reformation was more gradual.”

“ ’Twas grace that taught my heart to fear,

And grace my fears relieved.

How precious did that grace appear

The hour I first believed.”

That hymn, which was later put to the tune we recognize today, has been a part of the world experience for centuries. It is sung in churches, at funerals, and by performers that have included Aretha Franklin, Judy Collins, Elvis Presley, Johnny Cash, Willie Nelson and Ray Charles. A firefighter’s funeral nearly always features a bagpipe performance of “Amazing Grace.”

After many years of composing the show’s 17 songs, Smith completed his tribute musical to “Amazing Grace,” and brought the show first to the Goodspeed Theatre in Connecticut, and then to a pre-run in Chicago. It opened in June 2015 on Broadway, then moved to Washington, D.C., and later began a national tour.

“I have always had a worldwide vision for the show,” says Smith, noting that he is already aware of a youth group who performed in Kenya.

As Servant Stage Executive Director Johnathan Bauer notes, “We’re thrilled to present this show and grateful to work alongside playwright and composer Christopher Smith to make this concert experience possible. The music is gorgeous, the story is powerful, and the message is incredibly important.”

Bauer calls it an “unforgettable musical saga,” that recounts the story behind the world’s most beloved hymn. It’s not a small production either; to tell Newton’s story, the show is brought to life by nearly 50 performers and a 13-piece orchestra.

“I think the world needs more entertainment that is uplifting and brings people together,” Smith says. “We are proud and thankful that we can be part of bringing this story to Lancaster County.”

• Cost: All performances are offered with pay-what-you-will admission, as part of Servant Stage’s mission to make the arts accessible to everyone in the community.

Catholic priest, who leads Mass in Swahili in Lancaster, celebrates his Silver Jubilee

When Father Deogratias Rwegasira was a young teacher in a Catholic school in Kigoma, Tanzani…

St. James Episcopal to offer course on Islam as part of interfaith learning program; how to sign up

A Lancaster city Episcopal church will soon offer a class on Islam.

The Torah commands Jews to abstain from working during Yom Kippur, the Day of Atonement. The…

In the 1950s, while an undergraduate at Penn State, I was passing by a dorm room door after dinner and I heard a soft musical instrument being…

F&M professor's new book is 'supposed to bother you'

Imagine kids counting down the days during summer until school starts again.