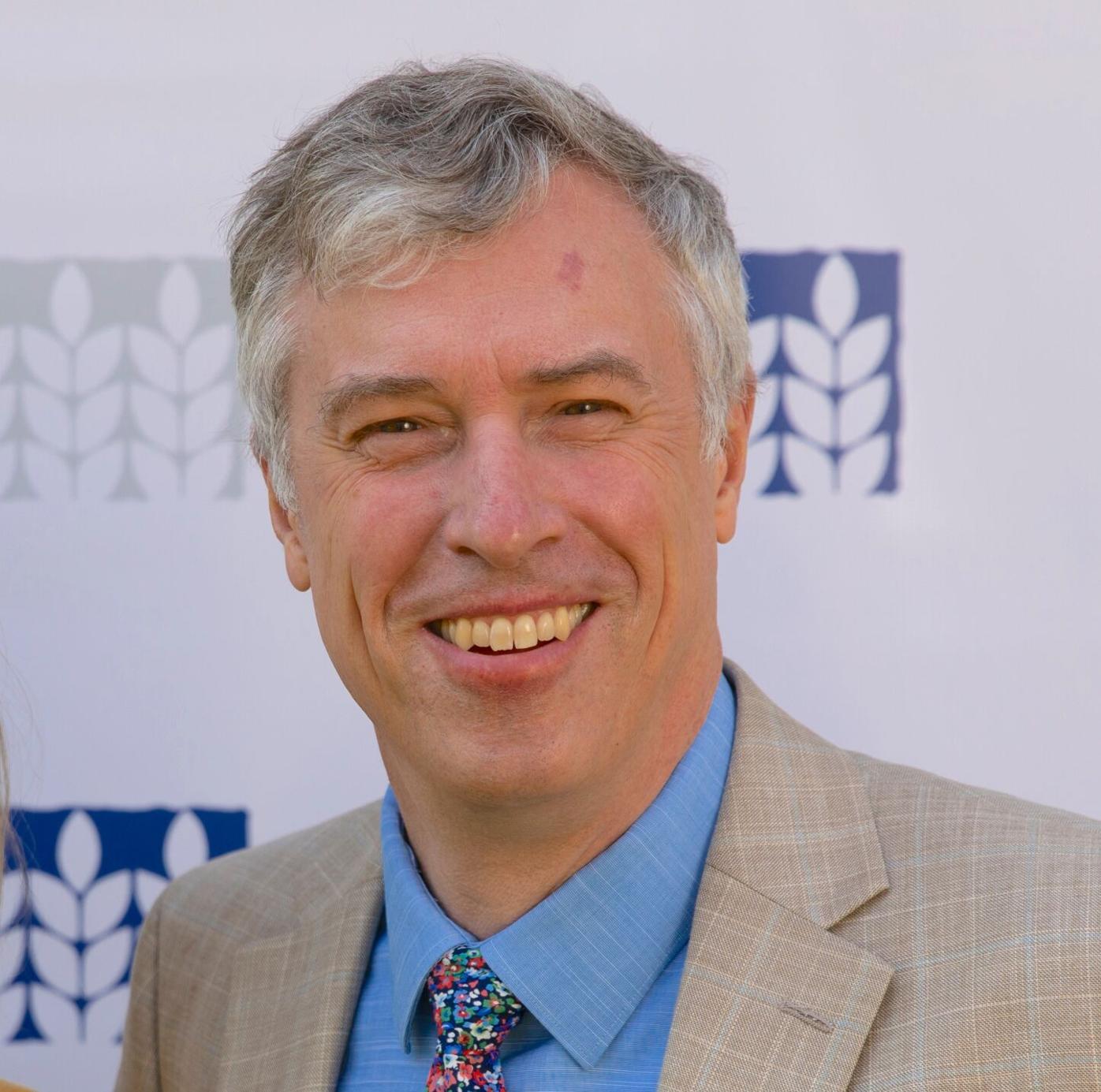 For King and Country, Casting Crowns and Jeremy Camp do, too.

But, an upcoming public discussion poses the question, “Is contemporary Christian music even a thing?”

Jim Bates, local rock historian, will share his insight about the past, present and future of contemporary Christian music at the next Row House Forum at 7 p.m. on Jan.21 at The Square Halo Gallery, Trust Performing Arts Center, 37 N. Market St., Lancaster.

“The speech title really should be ‘Is Contemporary Christian Music a Thing, Anymore,’” says Bates.

Christian music has been around for eons, he says, and always will be. The real question is: what does the future hold for the genre?

Bates will compare the early days of contemporary Christian music, which began in the ’60s with the “Jesus music” movement to the glory days of the ’80s and ’90s to today.

“Many young people in the ’60s and ’70s were disillusioned with the established church and produced music different from their parents, with lyrics focused on their newly found Christian faith,” he says.

Bates recalls how many Christians pushed back on contemporary Christian music during the early years with the belief modern music was evil in itself.

What: “Is Christian Music Even a Thing?,” a Row House Forum discussion.

Row House founder Tom Becker says that while gospel elements in rock music captured imaginations of a young generation of Christians, its influence is largely insular to its own community.

“Christian music turned into a ‘holy huddle’ instead of becoming part of the music literacy of contemporary culture,” Becker says. “Sacred classical music was, and still is, a respected genre of music even among non-Christians, and Black gospel music has retained its integrity in the public’s eye. This new hybrid has little impact on the broader culture.”

He hopes people at the forum will see music as a language for artists and audiences to express faith, explore doubt and be utterly human.

“This is what classical sacred music or gospel music has always done so well, and it's a gift to our broader culture,” he says.

Bates agrees contemporary Christian music took center stage in the late ’80s and ’90s as music by Christian artists like Amy Grant and Michael W. Smith was distributed in both Christian and secular markets.

Grant's 1985 album “Unguarded,” was popular in both markets.

“Some saw this as a sellout and others as a natural progression of a talented artist releasing a great pop song with Christian lyrics,” says Bates.

Later, she’d be the center of further criticism from the Christian music community for the flirty hit “Baby, Baby.”

The future of the genre

Bates finds it interesting that in 2000 when contemporary Christian music reached its peak of popularity, contemporary artists and groups took one of two directions: For example, Jars of Clay recorded traditional and theologically rich hymns set to contemporary tunes. Others, like Hillsong United wrote modern worship performance songs.

Some of the popular contemporary Christian song titles Bates will discuss are: “Gotta Serve Somebody” (Dylan); “Place in This World” (Michael W. Smith); “In Christ Alone” (Keith and Kristyn Getty) and “Magnificent” (U2).

“The use of CCM songs in worship in many local churches has been and continues to be a complicated journey,” says Bates.

As a pastor in the late ’90s and mid-2000s, he remembers when members left the church because of too little contemporary music or too much traditional.

A favorite quote he believes is still relevant today was featured in the last edition of CCM Magazine on April 2008 from Charlie Peacock, singer/songwriter: "The real and trustworthy future of Christian music is Christ. Find out what He's interested in, and let that be the music's future."

Bates is an executive and faculty assistant at the School of Biblical Counseling, Christian Counseling and Education Foundation in Glenside, Montgomery County. He and his wife, Joy, live in Lancaster. They have five grown children and five grandchildren.

The Row House, Inc., 413 College Avenue, Lancaster, was founded in 2010 by Becker. According to its vision statement, the group aims to engage “current culture with ancient faith.” The nonprofit corporation's mission is to “host public lectures and events that are warmly hospitable, intentionally civil, utterly human and usually whimsical.” Forums allow 35 to 45 minutes for the speech, 30 minutes for a question-and-answer time and include refreshments.

When are major religious holidays in 2022? Here's a list

Happy New Year! It’s a good time to make sure your calendar is complete with this year’s maj…

Some may think the etiquette rules of the past are old-fashioned and no longer matter. Annie Ahm Hartley, etiquette consultant, founder and ow…

Sometimes, angels are there to fill car tires [I Know a Story column]

I turned on the engine and stared at the dashboard. The yellow “low tire pressure” icon was on.