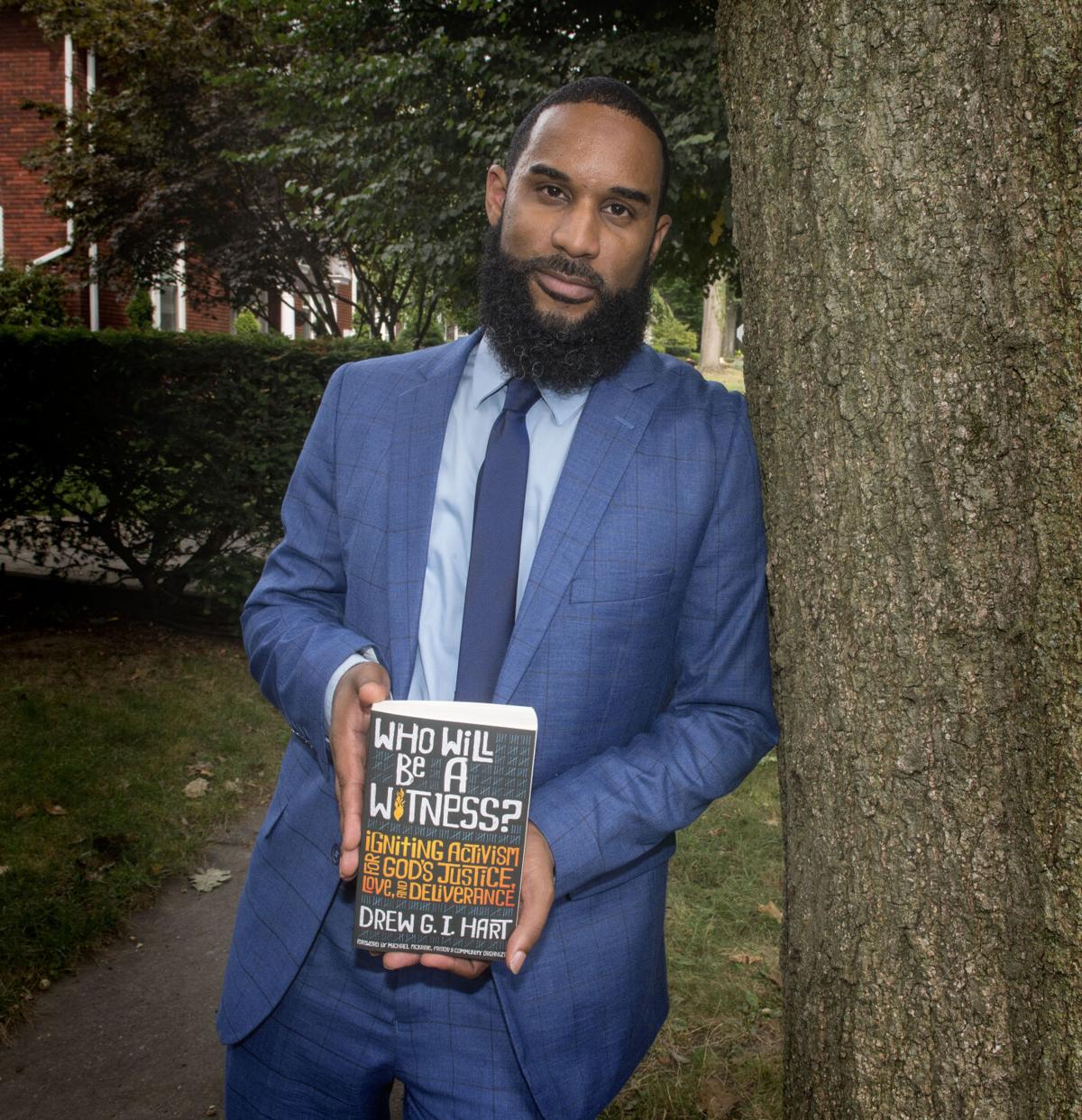 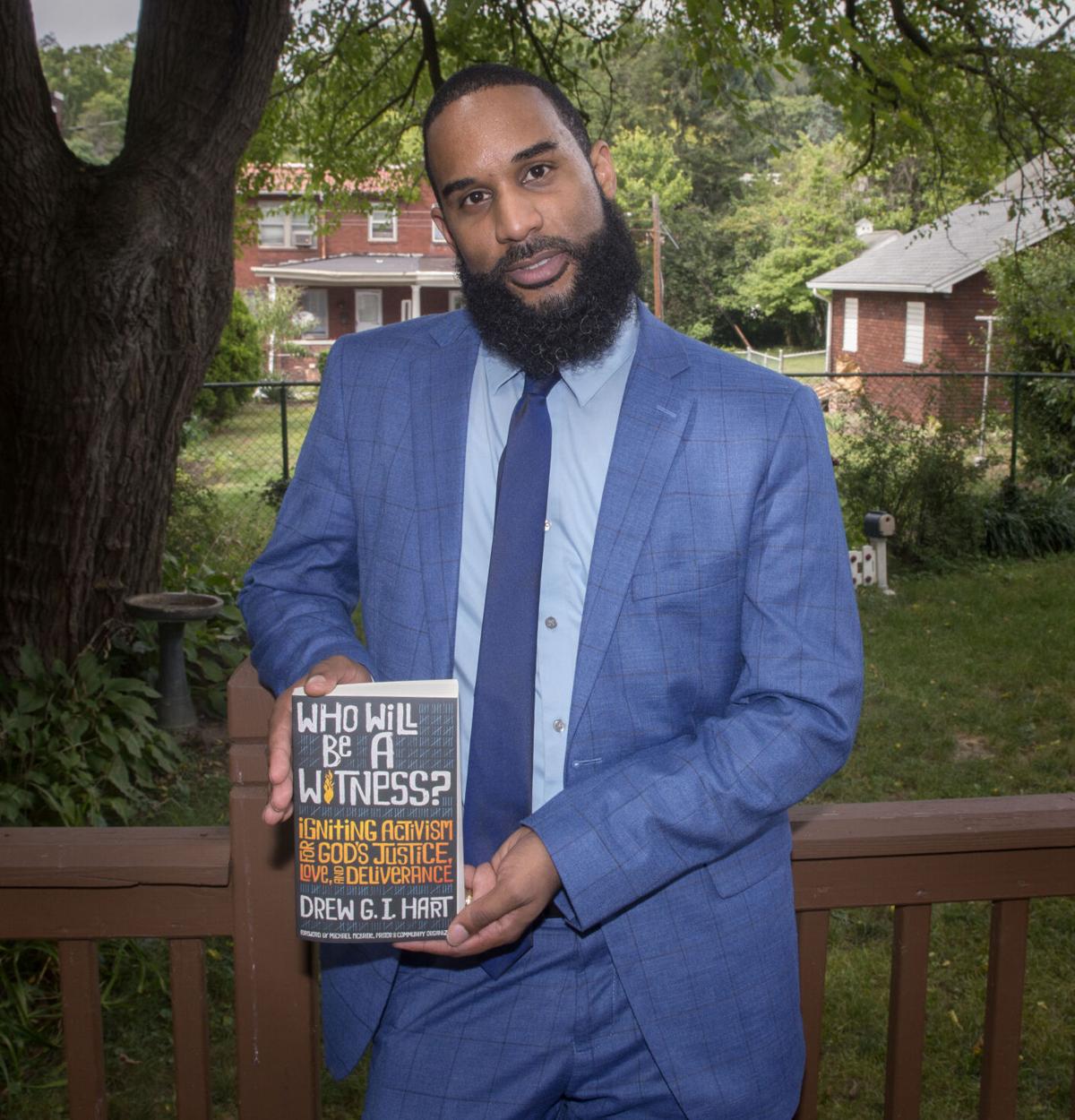 As antiracism protests have swept across the country since the May 25 death of George Floyd under the knee of a Minneapolis police officer, the United States has had to reconcile not only with police practices but also with its history of slavery and segregation.

Meanwhile, believers may have been left wondering what the church’s role is amid a time of civil unrest. Harrisburg author and Messiah University theology professor Drew Hart set out to explore that idea with his new book, “Who Will Be A Witness?: Igniting Activism for God’s Justice, Love and Deliverance.”

Due out Tuesday, this is Hart’s second book as an author, following his 2016 debut with, “Trouble I’ve Seen: Changing the Way the Church Views Racism.”

A Philadelphia native, Hart holds a bachelor’s degree in biblical studies from Messiah College, a Masters of Divinity degree with an urban concentration from Biblical Seminary, and a doctorate in theology and ethics from Lutheran Theological Seminary at Philadelphia.

Hart’s dissertation research explored how Christian discipleship, as framed by Black theologies and contemporary Anabaptist theologies, gesture the church toward untangling the forces of white supremacy and western Christendom.

In recent years, Hart, 38, has spoken several times in Lancaster County, which has a rich Anabaptist history.

Married with three boys ages 9, 7 and 3, Hart spoke with LNP | LancasterOnline ahead of the release of his new book. This conversation has been edited for length and clarity.

Your career path up to now has prepared you for this moment in the country’s history?

Hart: "I’ve been saying these things for years. I used to talk about this stuff and nobody paid me any mind. ... All of a sudden the world was ready to hear what I had to say, especially the church. Large portions of the church have been having these conversations."

When did you first get the idea to write, “Who Will Be A Witness?”

Hart: "It was way before George Floyd. I know people think I sat down and wrote it in two weeks. No. This was planned out way before. The origins of the book was I was engaging local churches with my first book. One of things I’ve noticed repeatedly is the church wanting to pursue justice, but what does that mean and look like? Folks need more clarity than ‘Let’s join in and do God’s justice.’ I wanted to write a resource for the congregation on what it means to pursue God’s justice in the world. I ended up doing more than that. … This is timely in a way I never anticipated."

What do you hope this book will do for the church?

Hart: "One, I believe we have domesticated and watered down Jesus, so he has no sway in the way we live in the world as a church. The book covers the radical, nonviolent Jesus that we see in Matthew, Mark, Luke and John. Second, it positions ourselves in times of history. The church, I hate to say it, has been involved in doing so much harm globally around the world from Christendom, colonialism and white supremacy, which has bolstered the status quo rather than God’s justice and deliverance in the world. This book attempts to chart a new path forward. Third, I have a different imagination for how to live in the world. Sometimes you step into a church and you recognize immediately if it’s a Democrat-leaning or a Republican-leaning church. I’m hoping we can be delivered from that captivity, that we can have a Jesus-shaped imagination on how to shape the world from the grassroots, and not just the elite, pre-packaged plan that tells us what we should endorse."

Could you expand on what you mean by the church having done harm through Christendom, colonialism and white supremacy?

Hart: "I spend a whole chapter doing church history and what I want people to see is that, first, the church goes from the margins of society in the first centuries of the church, to the center to a top-down Western civilization. I want them to see that unfold, after the crusades and the first millennium, where it created church teachings to go and plunder non-Christian land, which was organized towards Muslims. Then a few centuries later, in the 15th century, Portugal and Spain began to enslave Africans. Not just plundering and conquests and enslavement but reducing things to property. That was the mainstream Christianity in the west. We have to grapple with the impact of the Christian church that went off its rails. It’s off the Jesus way. It’s not compatible with the Jesus we see in Matthew 20-28."

There are some believers who might read that and think they have nothing to do with something that happened 500 years ago. What would you say to that?

Hart: "None of us are responsible for actions that someone else did, but we are responsible for the world we live in and the theology we’ve received and inherited without thinking, “How does this reflect the Jesus that we see in Matthew, Mark, Luke and John?”

On a lighter note, you feel this book will also provide hope to the church. How?

Hart: "I think it will if people are excited about the Jesus we find in Matthew, Mark, Luke and John. To the degree we want to follow that way, I think we will be encouraged and find hope. While things don’t look good right now, God has not abandoned us."

“Who Will Be A Witness?: Igniting Activism for God's Justice, Love and Deliverance.”

Use of pepper spray on demonstrators was 'by the book,' but 'book needs to be rewritten': Lancaster police chief

About 100 young people took part in a rally for Jacob Blake in Lancaster city on Wednesday evening.

We asked Lancaster houses of worship about their COVID-19 mask policies; Here's what a few said

When Lancaster County houses of worship welcomed back their members for in-person services, their policies regarding health and safety varied …

I reached into my mailbox, unaware that a life-altering moment was about to occur. A manila envelope nestled among the bills. I held it up, no…

What would Jesus say today about the #MeToo movement? And what does the Gospel have to say for those who have been affected by the trauma of s…