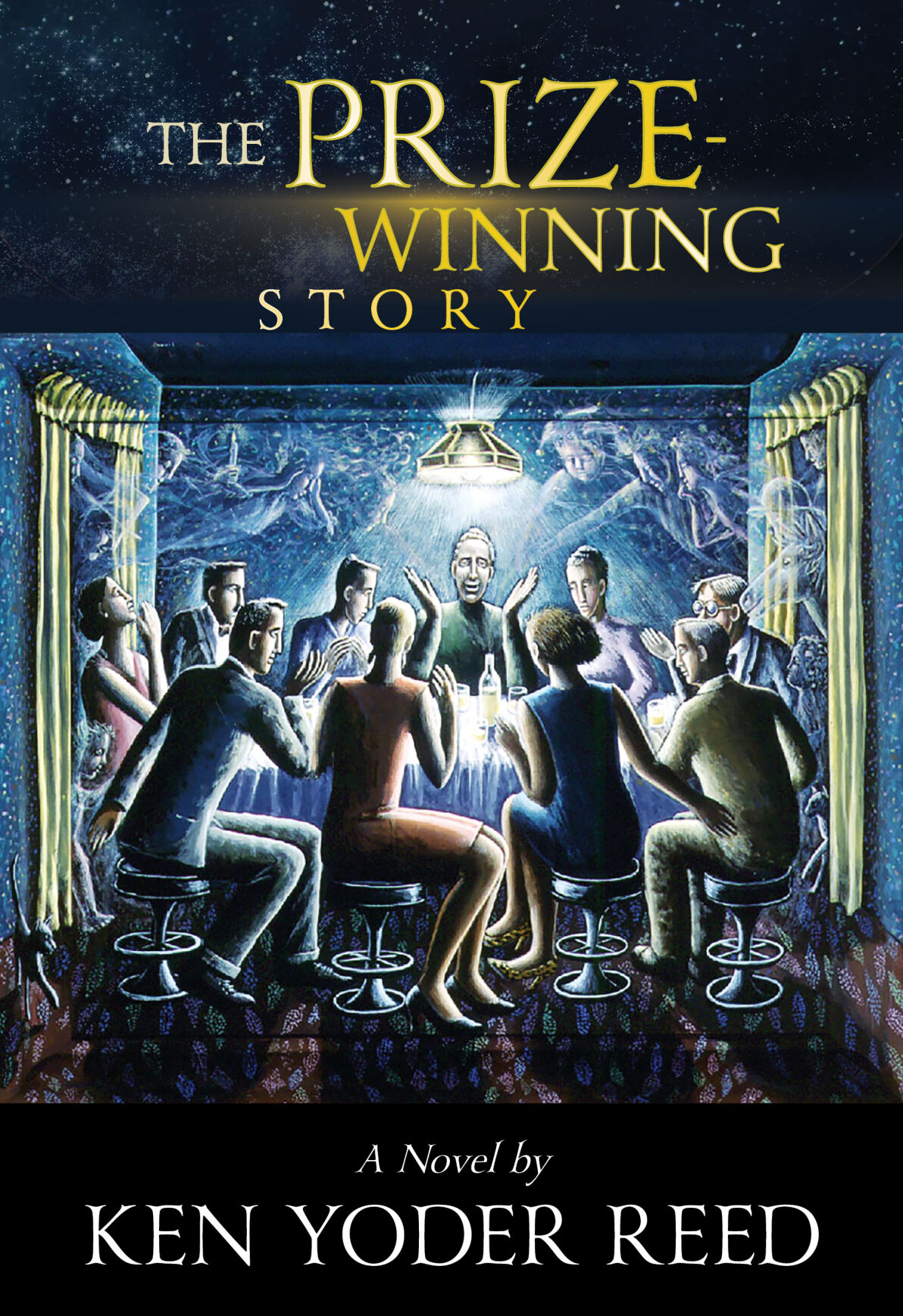 The cover of Ken Yoder Reed's "The Prize-Winning Story." 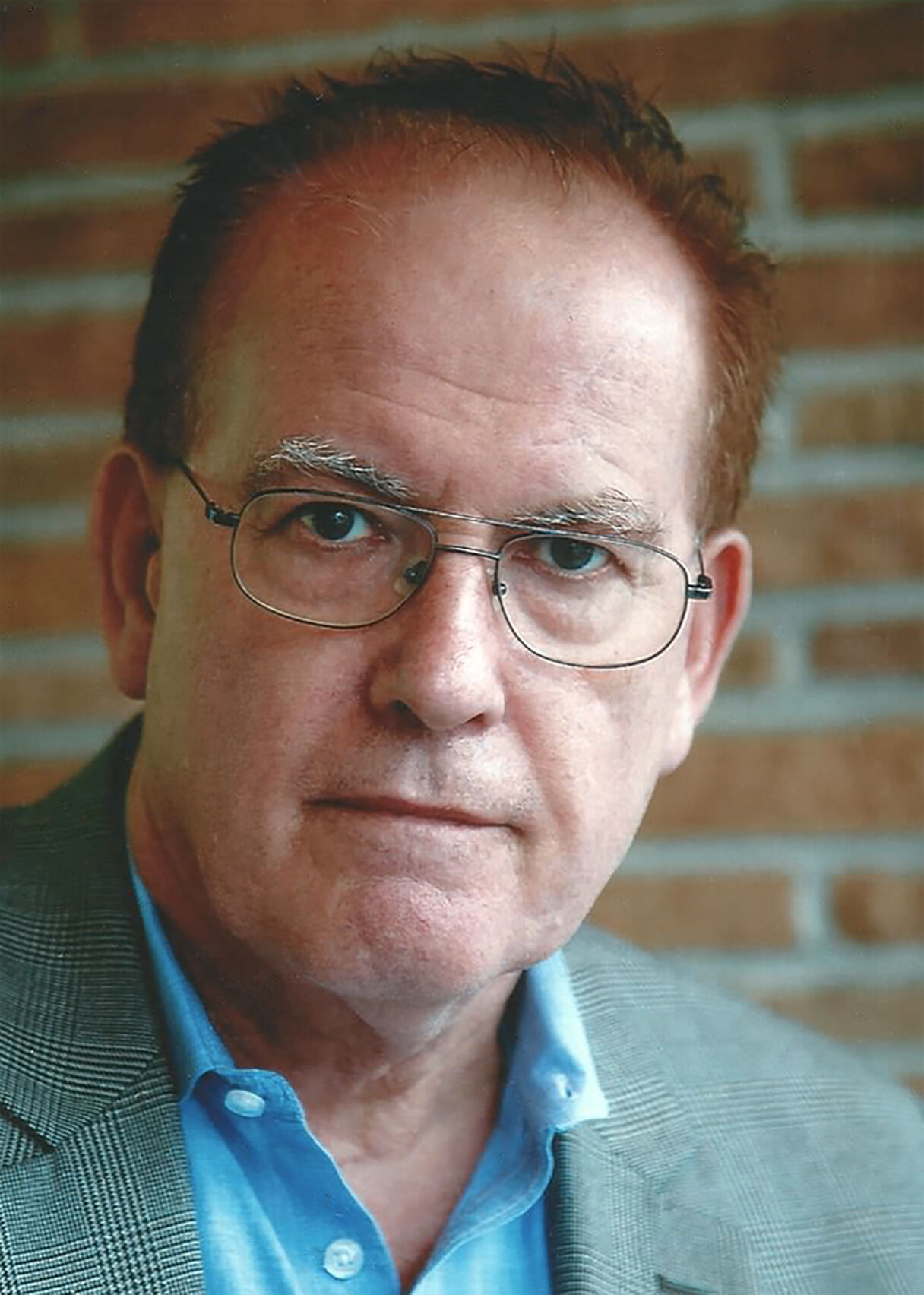 The author’s distress over history repeating itself with a rise in antisemitism in the U.S. and Europe led Reed to write a new piece of fiction, “The Prize-Winning Story.”

“I’m grieved by 1,600 years of persecution of the Jews, often led by Christian leaders, which reached its horrible climax with the Holocaust,” Reed says.

Reed is a Lancaster Mennonite School graduate who lived in the area before moving to California. He describes the “shameful behavior” used by Christian leaders to justify the Crusades, pogroms and other types of force aimed at converting or destroying Jews as “replacement theology.”

For the author, proof of antisemitism supported by Christian leaders for decades is on the walls of Yad Vashem, Israel’s memorial to Holocaust victims in Jerusalem.

Reed is prepared for pushback to his book. He anticipates those who believe God rejected the Jews and replaced them with followers of Jesus as His chosen messengers will respond negatively to his latest release.

But Christians who believe God loves the Jews and who’ve visited the Holy Land are Reed’s primary audience. Reed’s two visits to the Holy Land, along with extensive scholarly research, provided the inspiration and background for the story.

“I love Israel ... and believe Jews will always be God’s chosen messengers, which doesn’t take away from the fact they need the Messiah as much as any of us,” Reed says.

Creatively written with colorful characters, the book takes readers on an adventuresome journey to the Holy Land. The satirical story chronicles a tour sponsored by a popular Christian radio show led by host Vladdy. Major Eli, a Jew’s Jew and Israel’s top expert on terrorism, serves as tour guide.

The tour group includes zealous Christian Zionist partisans, serious Bible students, sober-minded scientists, end-times enthusiasts and saved sinners. Traveling the path where Jesus, Jeremiah, Peter and the apostles once walked leads to new truths about Israeli life. Though the book is fictional, all of the characters are based on people Reed met on his travels to the Holy Land.

BookLife Publishers Weekly, which selected the book as an Editor’s Pick, shared this blurb about the release: “Inspired by the Canterbury Tales, this satire finds American Christians facing the reality of the Holy Land. Reed’s approach is smart and sensitive, even as he gleefully satirizes the relationship between American evangelicals and Israeli hardliners.”

Reed calls himself a “refugee Mennonite” born in Lancaster County and having resided in Fetterville. He attended Goodville Elementary School in East Earl. When he was 9 years old, his Mennonite family moved to a farm in Fredericksburg, Lebanon County. He graduated from Lancaster Mennonite School. After graduation, he worked for seven years as a freelance journalist in Paradise.

He met his wife, Kathy, a teacher in Coatesville School District, at the eatery now known as Bird-in-Hand Family Restaurant and Smorgasbord. The couple married and moved to San Francisco in 1977 to work in Mennonite Voluntary Service. For 22 years, Reed owned a temp-recruiting firm for engineers in the semiconductor industry. Kathy died in 1997 from cancer. Reed married again in 2000; he and his wife Patricia live in Fremont, California. They have a blended family of six children and six grandchildren.

Reed retired in 2019 and is a full-time writer.

Reed’s next book will be a biography of Salva Kiir, president of South Sudan.

There will be an online Zoom launch party for the book at 9 p.m. Sunday, Sept. 12. It will feature a Jewish artist, a Christian Zionist historian and an interview between Reed and Gidon Ariel, publisher of Root Source, a website that works to bring Jews and Christians together. Ariel is an Orthodox Jew.

For more information visit root-source.com/prize-winning-zoom-launch. The book is available for purchase on Amazon in paperback or Kindle eBook forms. There’s a 12% discount if purchased during the launch party.

Reverberate, an evening of Christ-centered outdoor worship, stories and music, will be held …

The Torah commands Jews to abstain from working during Yom Kippur, the Day of Atonement. The holiest day in the Jewish religion starts at sund…

Jean Parvin Bordewich spent two decades working on staff in the U.S. Congress. So when she was inspired to write two recent plays, she was nat…

LancasterHistory has announced its series of Regional History Colloquium talks and Presidential Lectures for this fall. The series will be hel…

What determines your level of satisfaction in retirement? [Senior Life column]

Years ago, when I was engaged in doing career counseling, I would often ask the client if they would rather spend their life as a wedding plan…

Two heads are better than one.

St. James Episcopal to offer course on Islam as part of interfaith learning program; how to sign up

A Lancaster city Episcopal church will soon offer a class on Islam.

It was a Friday in late June 2015, when President Barack Obama was eulogizing his friend South Carolina state Sen. Clementa Pinckney, a pastor…

Catholic priest, who leads Mass in Swahili in Lancaster, celebrates his Silver Jubilee

When Father Deogratias Rwegasira was a young teacher in a Catholic school in Kigoma, Tanzania, a priest asked him if he wanted to be married.