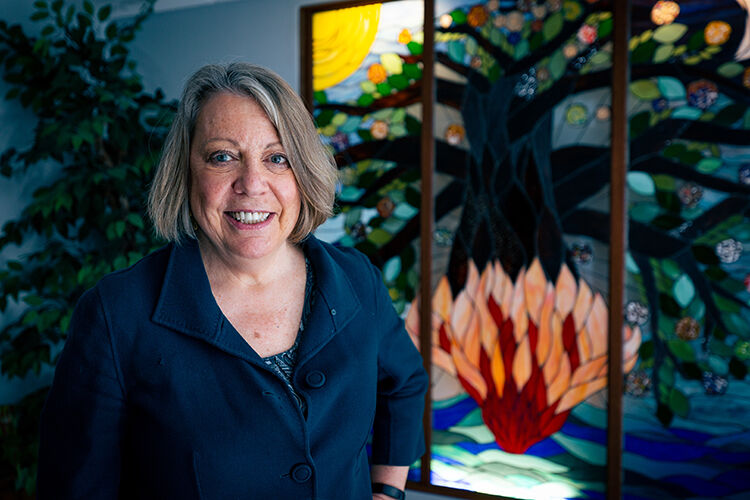 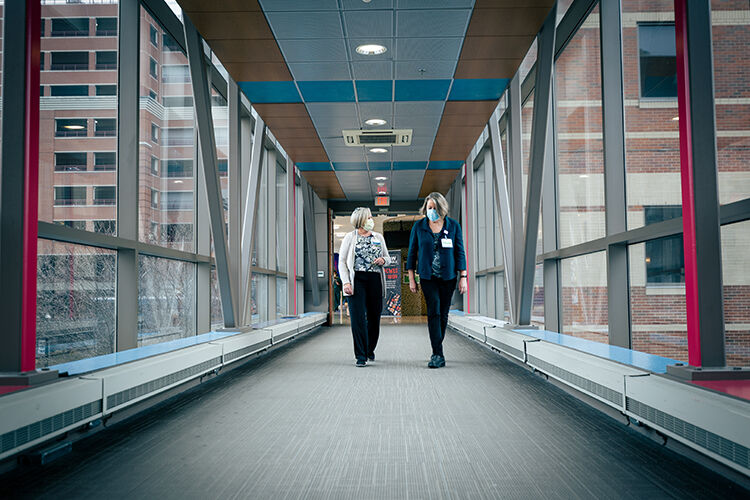 Martha Lester Harris’ life has been defined by reinvention.

She has worked in television news, been a press secretary and held other jobs in state and federal government. She’s also been an entrepreneur.

But at the age when many people are planning their retirements, Harris believes God has much more for her to do.

In May, at the age of 65, she is set to graduate from Lancaster Theological Seminary with a Master of Divinity degree and a Certificate of Anglican Studies, with the goal of eventually becoming an Episcopal priest.

Majoring in English and theater at Dickinson College is what brought Harris to central Pennsylvania from her native Delaware. Broadcast news is what kept her here.

In 1977, she got an internship at WLYH in Mount Gretna, and then was hired as a part-time studio camera operator for the weekend news at WHP-21 in Harrisburg.

“Sixteen hours a week, $3 an hour,” she recalls. She lived in a room at the Harrisburg YWCA.

She was eventually promoted to assignment editor — the job she held on the day of the nuclear accident at Three Mile Island.

She considered climbing the ladder in broadcast journalism, she says, but she felt herself to be more community oriented.

"So I ended up transitioning into state government," she says.

She became press secretary to the state insurance commissioner and traveled around the state to work on insurance reform.

That led to a job as press secretary in the Washington, D.C., office of Sen. John Heinz in 1983. Before becoming director of economic development for the Pittsburgh High Technology Council and deputy secretary for the state department of Community and Economic Development, she earned a Master of Public Administration degree from Harvard University.

She was passionate about her work as chief operating officer of Pennsylvania Human Resources Investment Council’s Workforce Investment Board — especially about what was then the new CareerLink employment program. But after her daughter was diagnosed with learning disabilities, Harris decided to step away.

“Randy and I sat down that Christmas and I made one of those critical working-mom decisions,” she says — whether to implement the CareerLink program she had helped develop “or ... help my daughter get through school.  Guess which one I chose?”

She is especially proud, she says, that her daughter was able to go on to graduate from Alvernia University.

During this challenging period in her life, her parents were also facing health challenges at the end of their lives.

She had become interested in health care, co-founding InnerLink and helping develop tools to help schools and parents battle obesity in children.

“I always wanted to start my own company,” she says. She launched b_Fizika in 2018 as a social enterprise focused on promoting healthy choices and healthy communities.

But she also heard God calling.

“I had first felt a call to ordained ministry when I was 27, working for Gov. Thornburgh, living and working in Washington and active in an urban Lutheran parish that was very social justice- (and) urban renewal-oriented,” Harris recalls. “At that time I said to God, ‘What do I know? I’m 27, I’m single, I haven’t experienced life.’ So I basically put it on hold.

“Faith had always been a strong component” in Harris’ life. "I realized I've been a seeker seeking a theological framework. … So I found my faith home in the Episcopal church and I got really excited about this path," she says.

After her parents’ death “and sifting through the range of emotions,” she realized “how my faith and my prayer life kept me going through that..." just as it had through her daughter's learning challenges, "I finally said to God, I think I can do this."

As part of her education, she’s volunteering with the team of chaplains at Lancaster General Hospital.

"I'm particularly drawn to healing ministry, because the work I've been doing with Fizika and InnerLink before that was focused on wellness and health — physical, mental and emotional wellness,” she says.

Harris hopes to continue on the path toward ordination.

“I really hope to bring new life to the church,” she says. “The pandemic has shown that we need to be ministers without walls, and perhaps focus less on the buildings and more on the building of souls. ...

“I pray every day that God will call me where he needs me to be,” Harris says. “I think he has led me through every position I've had."

A rector’s duty is to lead a parish and ensure the spiritual well-being of its congregants.

Present career path: Graduating from seminary in May, with the goal of becoming an Episcopal priest.

On reinvention: “I think it’s really important that, if we have to work for a living, that we enjoy what we do.”

Dress (others) for success: Lisa Torba went from insurance sales to image consulting

It’s not every day that a church makes an event out of burning important paperwork.

Jim Robertson hails from Scotland, where he worked as a medical technician for a hospital in Aberdeen.

One year ago this month, Joshua William Green was lying in a hospital bed in New York City, receiving oxygen and struggling to breathe as he b…