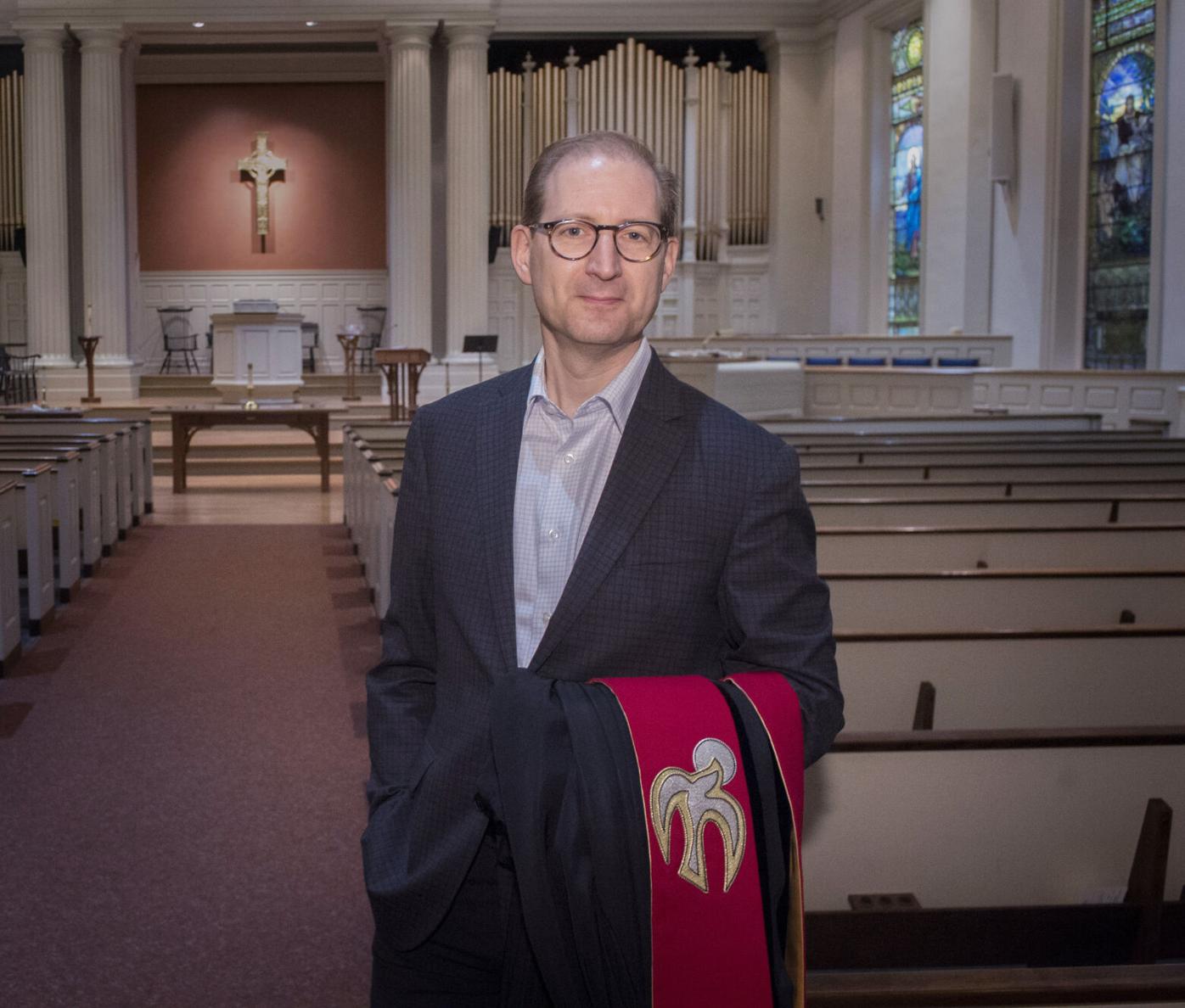 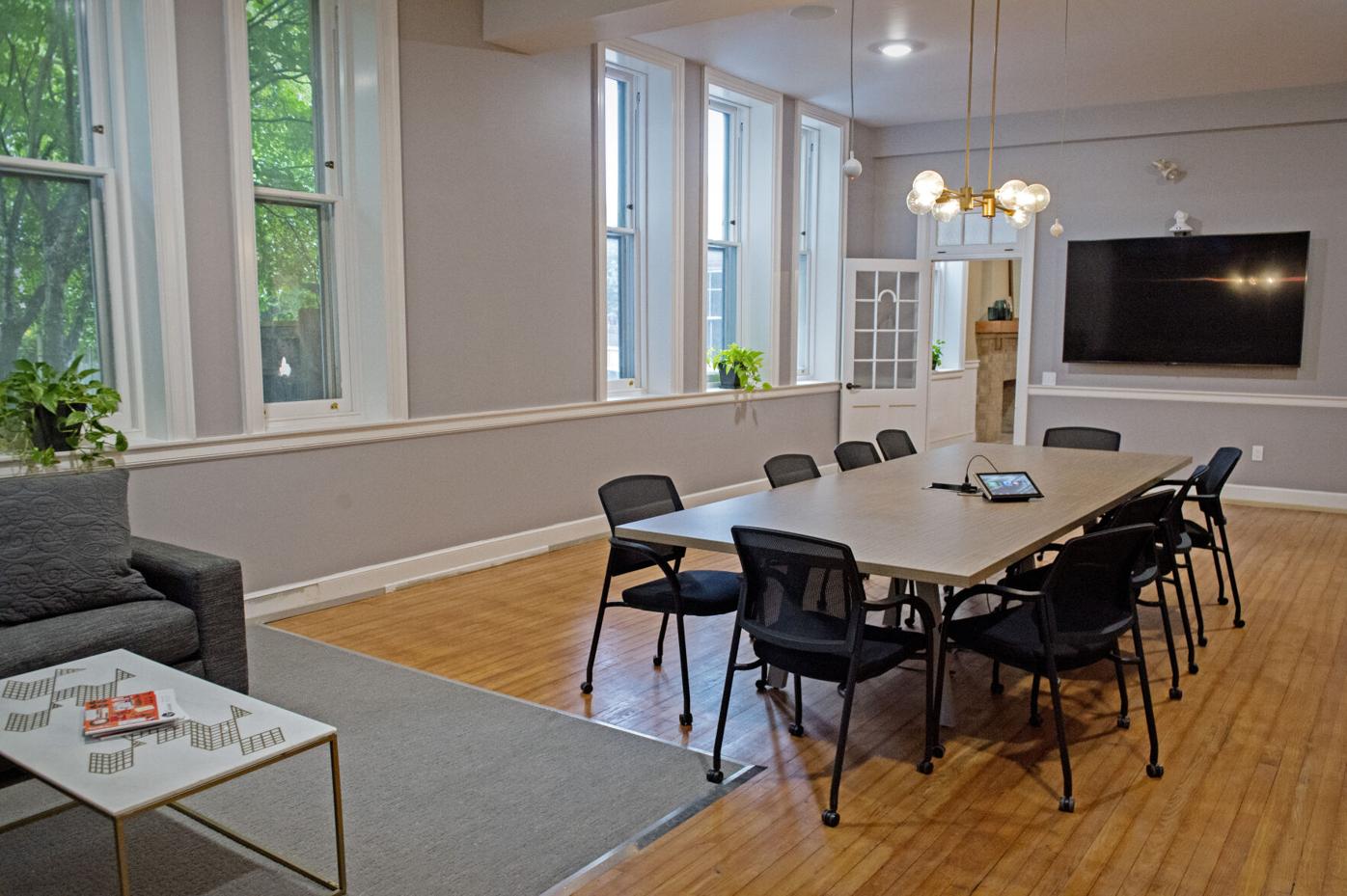 This community conference room is in a recently renovated section of First Presbyterian Church 140 E. Orange St. Monday, May 24, 2021. 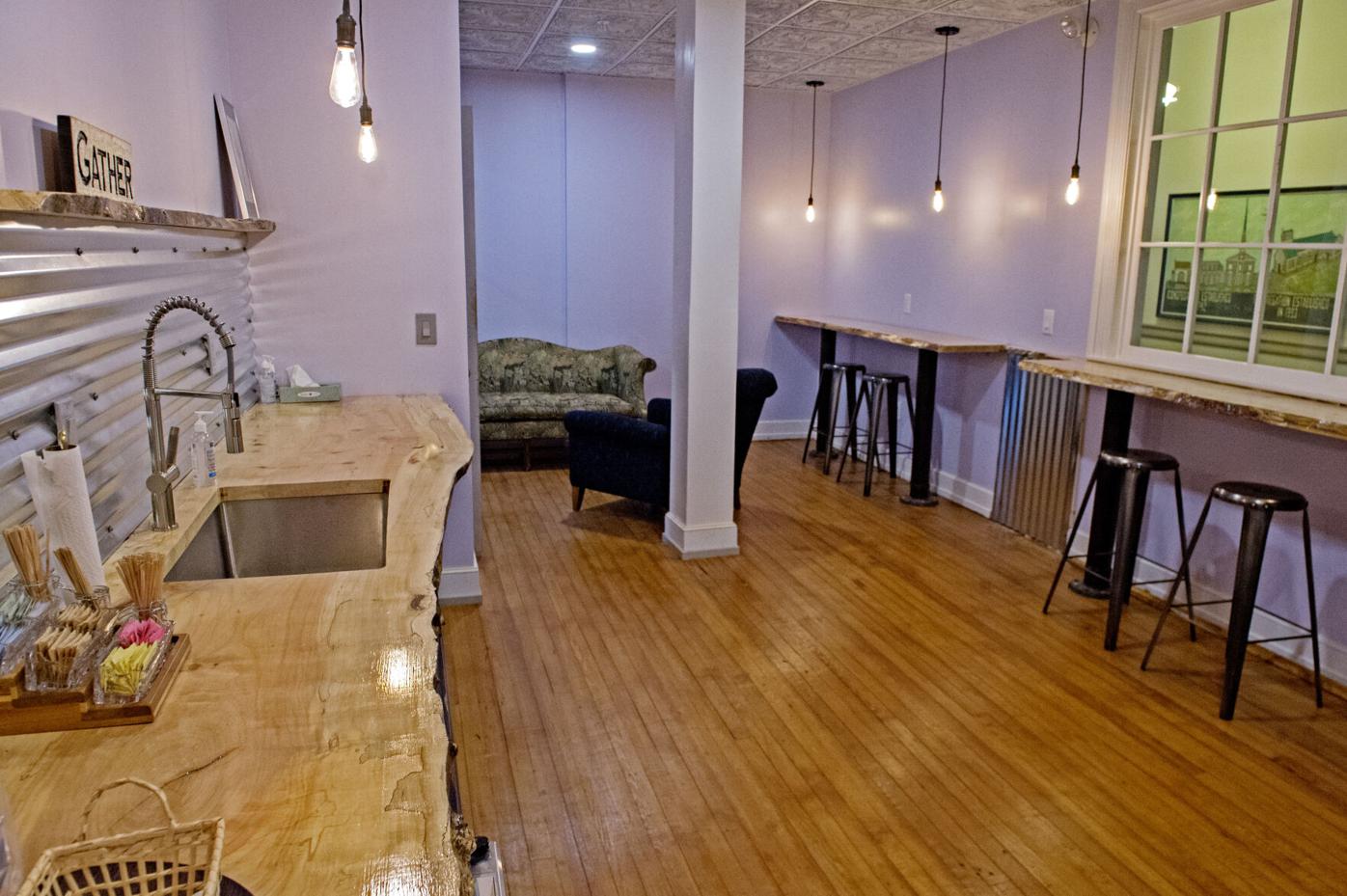 This is the cafe in a recently renovated section of inside First Presbyterian Church 140 E. Orange St. in Lancaster city, Monday, May 24, 2021.

This is the cafe in a recently renovated section of inside First Presbyterian Church 140 E. Orange St. in Lancaster city, Monday, May 24, 2021.

First Presbyterian Church had three significant reasons to celebrate on Sunday, May 23. It was Pentecost Sunday; it marked the installation of its new lead pastor, the Rev. Dan Snyder; and it was first service since the pandemic to welcome all worshippers in the sanctuary without capacity limitations.

For Chuck Manners, a 30-year church member, that Sunday felt like the beginning of something truly wonderful taking place on Pentecost.

“The collective joy of being back together and celebrating this special event in the life of our congregation is almost more than I can describe,” he says.

Over 150 congregants attended the anticipated and long-awaited service, while others tuned in via Zoom. The Rev. Alicia Conklin-Wood, honorably retired from the Presbytery of Donegal, and Elder Barbara Moir, Wayside Presbyterian Church, along with the church’s interim associate pastor, the Rev. Stephens Lytch, were at the service to support the new lead pastor.

Years in the making

Snyder has been associated with First Presbyterian Church since March 2002 when he served as worship leader for the new Cherry Street Contemporary Worship. In 2008, he became a member. Over the years, he’s served in many church roles — director of contemporary worship, director of congregational involvement, director of children's and youth ministry, associate pastor of spiritual formation and transitional lead pastor.

When the Rev. Geoff Kohler resigned in 2018 to accept a pastorate in Golden, Colorado, Snyder became transitional lead pastor. It was easy decision to accept, Snyder says.

“The people of First Presbyterian Church strive for justice and peace, to love and care for the community and to be their best selves for the world,” Snyder says. “I wanted to be part of a church like that.”

Members agreed he had already shown an innate ability to serve in a variety of church roles. Leadership gave him the opportunity to serve as transitional lead pastor for a year. That resulted in the congregation unanimously voting to make him lead pastor.

“We knew he had a great heart for Christ, for our congregation and the community,” Manners says.

Snyder received his Master of Divinity degree from Lancaster Theological Seminary. Born and raised in Johnson City, New York, he moved to Lancaster in the early ’90s. He and wife, Chris, an executive administrative assistant for the School District of Lancaster, reside in Lancaster and are proud parents of two adult children.

“I love people better today because of what I’ve learned through them,” he says.

He looks forward to having a partner who will serve as associate pastor and anticipates filling the position by early fall.

The church also embarked on a 3,500-square-foot renovation project during the summer of 2020 to be completed in May 2021. Scott Albright, director of facilities, says 99% of the work was performed in-house and includes a meeting room, conference room with state-of-the-art audio/visual system, café, two private restrooms and entry hall.

Other upgrades include replacing carpet and tile flooring with refinished original hardwood flooring, and new cabinetry, countertops and appliances in the café. New lighting, plumbing and painting finished the project. The refurbished space has a private entrance. Two additional rooms will be completed in the future to add an additional 1,500-square-feet of space to the area.

Albright says he couldn’t provide a total cost, but said some expenses came from an existing maintenance and building budget. He also says there were several generous donations that helped finance the project.

“Being in the heart of Lancaster city, we hope (the renovated wing) will provide a meeting space for local businesses and organizations for informal or formal meetings,” Albright says.

The Rev. Lale Labuko was just a child when he inexplicably lost two older sisters.

Four teens from Lancaster County have earned the Gold Award, the highest award that a senior…

Malawi in his heart: Foundation founder makes 4th trip to African country to check on programs he supports

When Jim Robertson flew to Malawi in May, he took two suitcases — one for himself, and one with more than 30 dresses for 3- to 10-year-old gir…