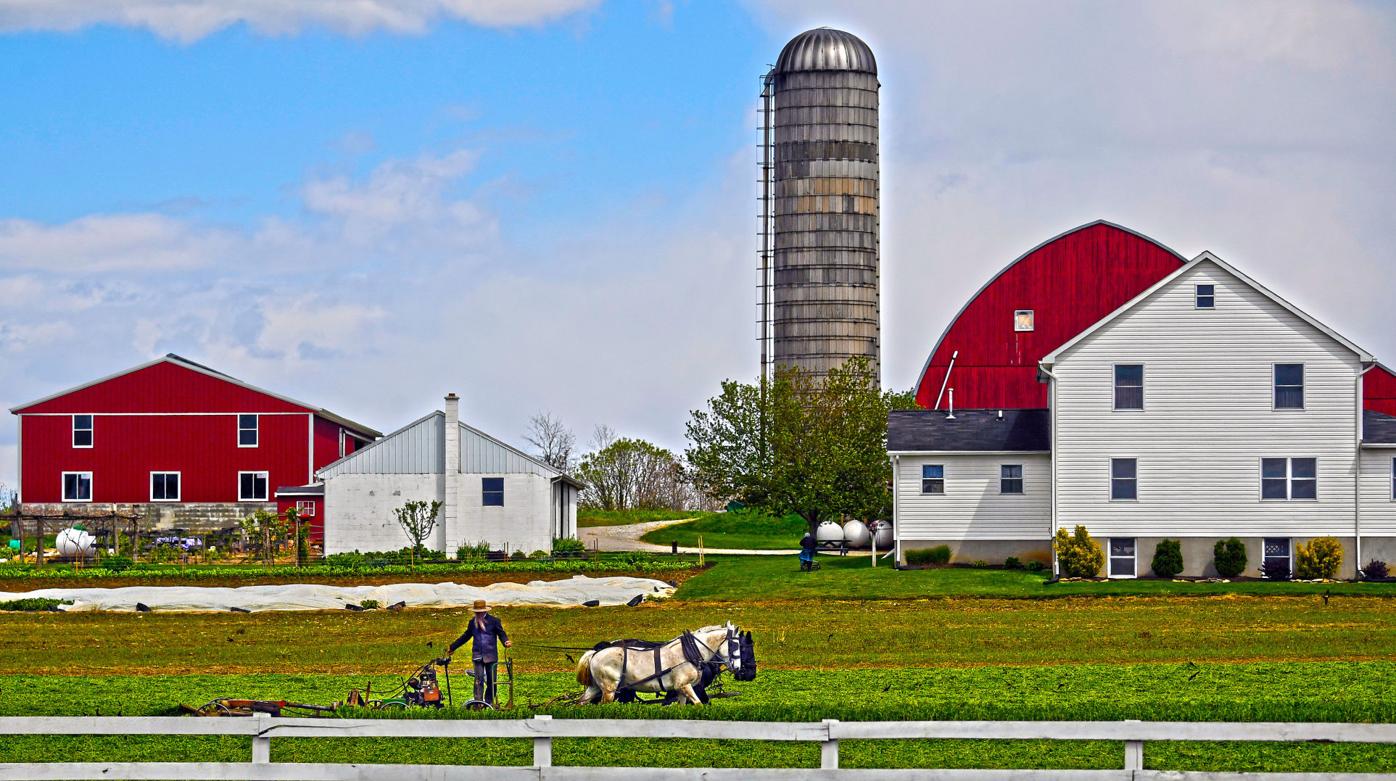 An Amish farmer plows his field along Marticville Road in Martic Twp. Saturday May 9, 2020. 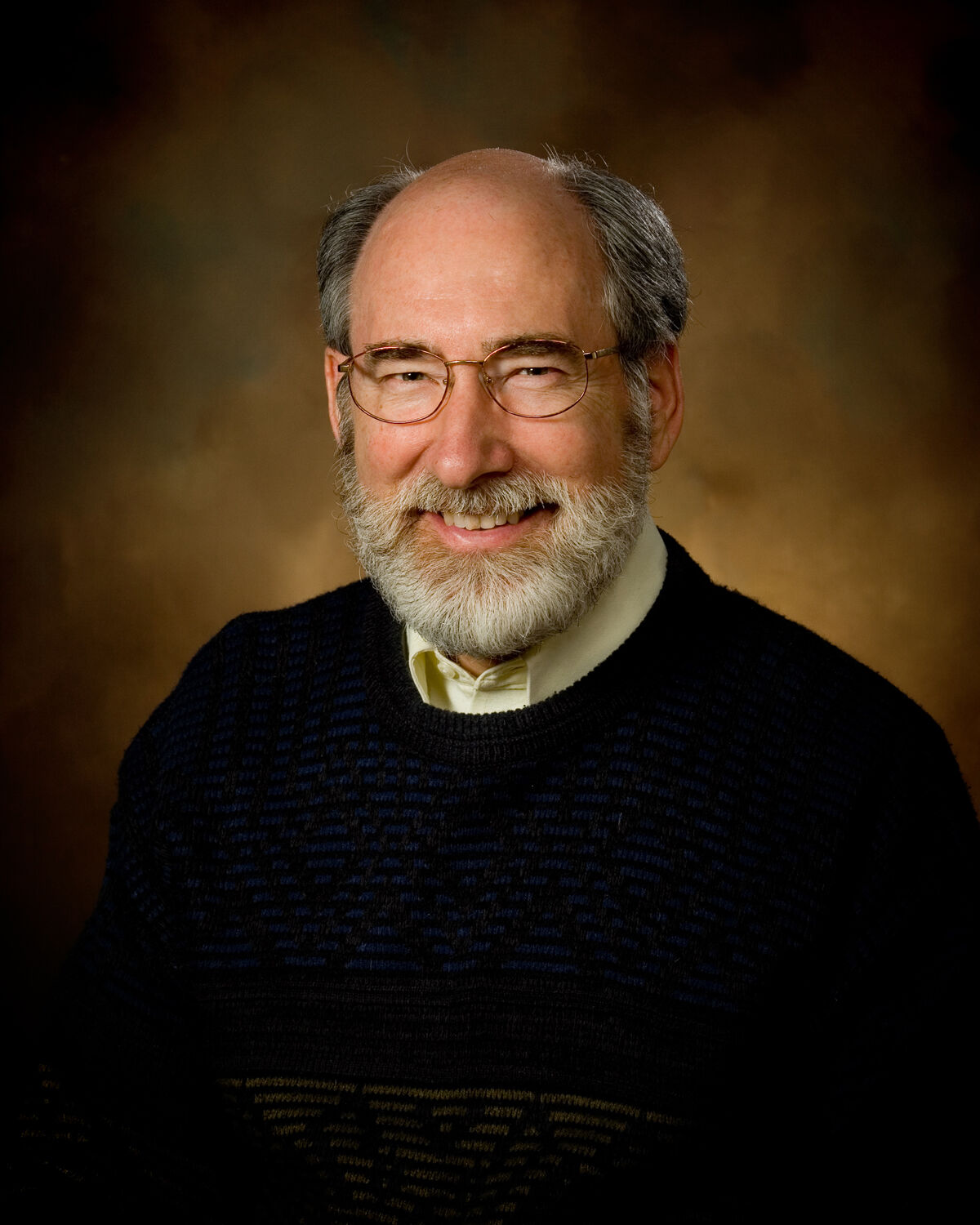 Donald Kraybill, author of "What the Amish Teach Us." 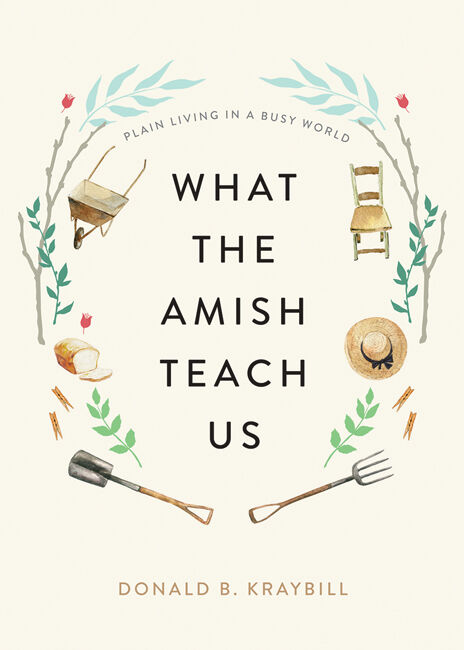 Donald Kraybill has spent 40 years researching, writing about and teaching college-level sociology classes about the Amish. But with his latest book, the Elizabethtown College professor emeritus and senior fellow at the Young Center for Anabaptist and Pietist Studies, focuses on what the Amish have taught him.

“What the Amish Teach Us” is a short collection of 22 highly readable essays that follows the cycles of typical Amish life including essays on child care, education, spirituality, entrepreneurship and death.

“It’s not an analytical book,” says Kraybill, who has authored or co-authored more than a dozen books on the Amish. “It’s reflective, almost closer to memoir. These are things the Amish taught me over the last 40 years while I was researching them.”

“What the Amish Teach Us” offers glimpses into the thought process behind much of the Amish way of life, but it does more than that.

“Reading the book, you’ll learn about Amish life, but you’ll probably also find yourself thinking about your own life, what things you value and what things you might want to reconsider.” says Steve Nolt, a professor of history and Anabaptist studies at Elizabethtown College and interim director of the Young Center.

Like many Lancaster County natives, Kraybill, 76, grew up being familiar with the famously tight-knit, and often tight-lipped group, but still had some misconceptions about the Amish.

“I grew up in a Mennonite farming family and we didn’t have any close Amish neighbors,” says Kraybill, of Elizabethtown. “Our family viewed them as sort of stuck in the mud — pretty much like everyone else on the outside — and thought they were going to die out with all the new changes that are coming.”

As Kraybill began to study the Amish through the lens of sociology, he found out his previously held assumptions were wrong. He became intrigued by what he saw as riddles in their way of life.

“One of the things that got me into Amish research was what looked like inconsistencies in their lifestyle,” says Kraybill. “For example, why would you go to a doctor but refuse to let your children go to higher education and become a doctor? Why would you get a tractor and keep it at the barn, and use horses out in the field to pull modern machinery? And why would you pay a neighbor to take you somewhere but not own or operate a car?”

Kraybill accumulated thousands of hours of field work and interviews — eventually making friends with many people in Amish communities inside, and outside of Lancaster County.

“Suddenly I began to see a pattern that these things might seem silly to us from the outside, but if you look at these practices from their perspective, they make a lot of sense,” Kraybill says.

He also learned the Amish are thriving.

“They’re doubling about every 20 years in North America in about 31 states,” Kraybill says.

The essays on the Amish and technology are, surprisingly enough, where the “English” people — people outside the Amish community — may be able to learn the most. Kraybill says one of the biggest misconceptions surrounding the Amish is that they shun technology. They don’t completely avoid technology; rather, they selectively use it in ways that work with their values and traditions. As one Amish person says in the book, they “Amishize” it; as Kraybill puts it, they “hack” it.

“They look for ways to do bypasses around some of the church regulations so that they can still honor those regulations but also make some progress in terms of tapping some of the fruits of progress and science for their own lives,” Kraybill says. “They’re more careful and thoughtful with technology than we are. I think in some ways they are more savvy about technology than we are.”

Kraybill says there are many Amish groups, but one of the sociological litmus tests to determine whether a group is Old Order Amish is whether they drive a horse and buggy. The car, according to Kraybill’s book, was one of the first cases of the Amish negotiating with revolutionary technology. Wanting to keep their communities tight-knit, the Amish held on to the horse and buggy as their primary means of day-to-day transportation, but also began hiring non-Amish neighbors to give them rides in their cars when it was necessary.

“I say the Amish have out-Ubered Uber,” Kraybill says.

Learning more about the Amish and their thoughts on technology could help cut down on screen time, too. With the rise of social media and easy access to smartphones and TVs, people are glued to screens now more than ever before. Kraybill says the Amish aren’t ignoring the latest technology, they’re just a little warier of it.

“I think one of the issues they are struggling with now is the smartphone,” Kraybill says. “And that varies greatly across Lancaster County, but it’s a point of discussion and debate. In the past, they’ve emphasized the importance of separation from the world, and with the smartphone, you have the whole world in your pocket. So it is a huge question to know how to respond to that kind of technology.”

Some of the same sentiments the Amish have for technology can apply to other subjects like business. In one of the essays an Amish businessman tells Kraybill “bigness ruins everything.” The key to Amish life, according to Kraybill, is in maintaining a small-scale localized community with tight-knit relationships.

There are lessons to be found in every essay in “What the Amish Teach Us.”

Kraybill’s interactions with the Amish illuminates how their views on child care and education successfully prepare their children for Amish life and strengthen their communities. In an essay about parenting, one of Kraybill’s Amish friends feels some pity when he learns that English young adults were taking classes to learn basic life skills like changing a tire or doing laundry. Then he remarks it’s funny and ironic that the English and Amish probably pity each other about a lot of things.

There are also essays that share anecdotes about family life and practical essays about how the Amish hack technology and deal with retirement. But “What the Amish Teach Us” also explores some of the more spiritual aspects of Amish life, like patience and forgiveness.

Kraybill, along with Nolt and David L. Weaver-Zercher, is the co-author of the book “Amish Grace: How Forgiveness Transcended Tragedy” about the 2006 Nickel Mines shooting and the response from the Amish community.

“People wonder how they could forgive so quickly,” Kraybill says. “I asked one of the bishops why they decided to forgive and he said it was an already decided issue — it’s just what our people do. That’s one part of the story but the second part is if you live in a tight community, it takes a lot of forgiveness to get along. Basically, forgiveness is at the heart of Amish faith and culture.”

Annunciation Greek Orthodox looks back on 100 years of faith, family and community

In 1921, a couple of families who immigrated to Lancaster County from Greece hoped to find f…

What: “What the Amish Teach Us” book signing, talk and Q&A with Donald Kraybill.

More info: Check mennonitelife.org for details closer to the event.

“What the Amish Teach Us.”

Cohen's second novel began as an epilogue then became a sequel.

The bestselling author's latest book is out this week.

Want to give back this holiday season? Here are 10 ways to help

The holiday season is a time for giving. And for many people that means giving more than just presents to friends, family and coworkers, but g…

The online radio “Old-Fashioned Revival” will return in December.