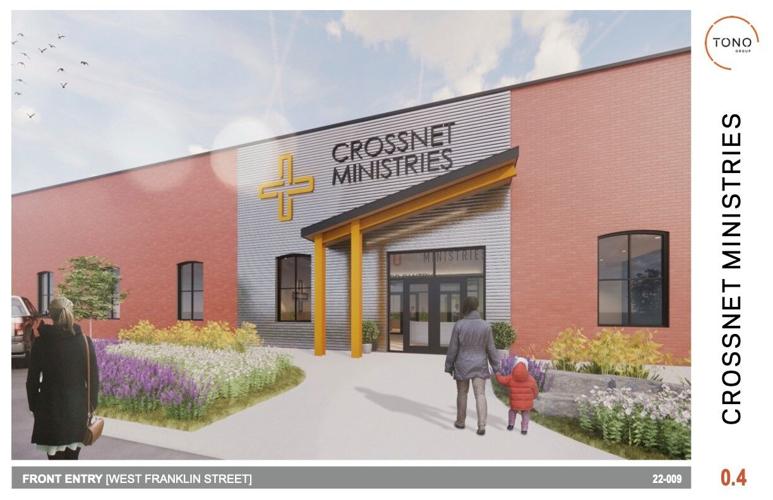 A rendering of the exterior of CrossNet Ministries' planned expansion in New Holland, for which the nonprofit is currently raising funds. 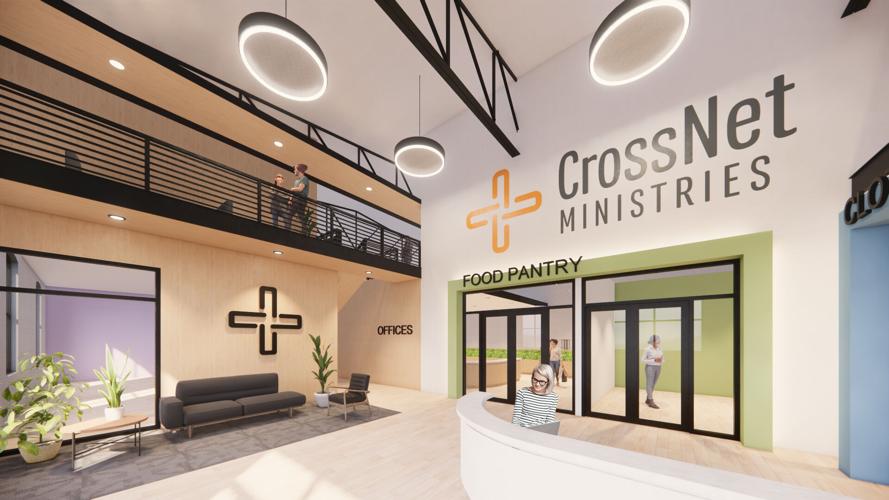 A rendering of the lobby of CrossNet Ministries' planned expansion in New Holland, for which the nonprofit is currently raising funds.

A rendering of the exterior of CrossNet Ministries' planned expansion in New Holland, for which the nonprofit is currently raising funds.

A rendering of the lobby of CrossNet Ministries' planned expansion in New Holland, for which the nonprofit is currently raising funds.

Some nonprofits are struggling to survive. CrossNet Ministries, however, struggles for space.

Since its start as a youth center almost 35 years ago, the New Holland Christian organization has grown to become a major social services source for Eastern Lancaster County.

“Our biggest need for the past few years has been the need for more space,” Executive Director Meredith Dahl says.

Having maximized its space, the organization searched for options to expand the facilities to meet the growing needs of the ELANCO community. The hope was to remain on Franklin Street.

Dahl says prayers were answered when owners agreed to sell a warehouse on Franklin Street, where CrossNet already rents space for its youth center. The agreement was signed March 28 and a capital campaign began the next day for the $3 million expansion project — $1.5 million to buy the property and another $1.5 million to renovate.

Dahl says CrossNet has applied for funding from an unnamed foundation that is offering a $1.5 million match. But the nonprofit will receive those funds only if it raises the initial $1.5 million by year’s end.

While Dahl declined to name the foundation, she described it in a letter to supporters as “a local foundation that aligns with our goals and mission.”

Around the same time of the foundation’s offer, anonymous donors contributed $500,000.

That left CrossNet still needing to raise $1 million. To date, the nonprofit has raised $725,442 of that final $1 million.

The warehouse will provide 30,700 square feet to provide a central location for resources and support. It will expand the youth center space to offer programs for children from birth through high school; create space for preschool-age programming; provide offices for staff and other organizations who provide services such as counseling, a pregnancy center and other efforts; increase the food pantry into a market for participants to give a dignified shopping experience while adding space for more food storage; and add a donation drop-off center for food, clothing and furniture donations.

CrossNet’s current offices and food pantry will be renovated for additional housing programs, as well as a winter shelter and crisis shelter available for families experiencing homelessness.

She admits more space won’t solve all the problems in the community. But the organization still wants to make a tangible difference.

“We will continue to seek lives changed by Jesus and to offer help and hope in the form of food, relationships, housing and resources,” Dahl says.

In January 2017, CrossNet Ministries merged with ELANCO Social Services Network. The merger grew the organization, programs and availability of resources. Today there are 14 staff members and 402 volunteers.

Pathways to Housing, in partnership with churches and the community, was developed to house the homeless. CrossNet owns an eight-apartment building with three additional ones donated by local churches.

In 2021, two new partnerships joined the organization, which includes a home repair ministry with Servants Inc. and Success Coach in affiliation with nine county employers.

The Most. Rev. Ronald W. Gainer announced changes to clergy assignments in the Roman Catholi…

People gathered outdoors at the Warwick to Ephrata Rail Trail on Sunday, April 24, for a dif…

Morgan Smoker says her faith plays a huge part in her life and success.

Bivocational clergy are increasingly common in Lancaster County and beyond

Since January 2021, Derrick Gutierrez has been the pastor at Colemanville United Methodist Church. A recent graduate of Lancaster Theological …

Rami Pavolotzky and Daniela Szuster share a job and pulpit, raise three children and connect with about 80 families at Temple Beth El in Lanca…