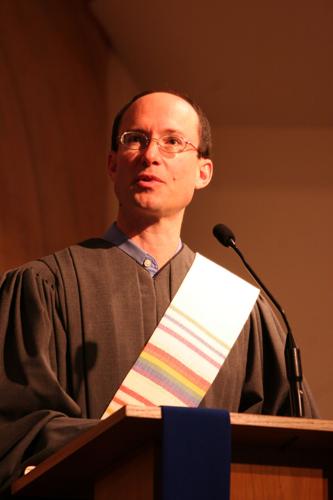 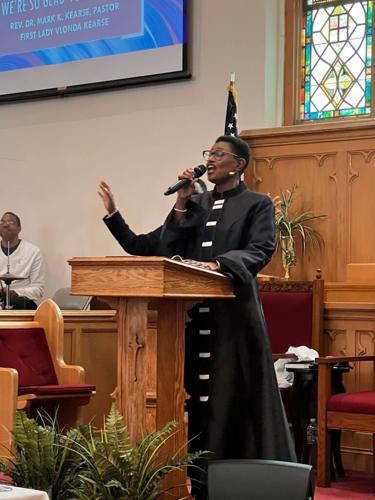 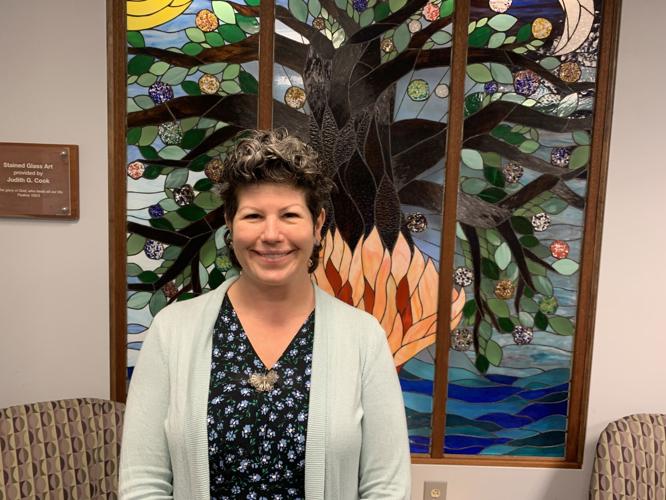 Since January 2021, Derrick Gutierrez has been the pastor at Colemanville United Methodist Church. A recent graduate of Lancaster Theological Seminary, Gutierrez already had years of experience as a pastor under his belt.

But Gutierrez, who is not ordained (he’s known as a licensed local minister), also has a day job — more than two decades of work in the field of information technology.

Increasingly, in Lancaster County and elsewhere, so-called bivocational (or multivocational) pastors look less like the future of the church, and more like its present.

Bivocational clergy are men and women who have more than one work commitment, whether it’s volunteer or paid.

Their ranks include nurses, IT specialists, educators, chaplains and administrators. Some of them hold down one other job, some more than one. In central Pennsylvania, pastors work in cities like Lancaster and York, as well as in remote regions of Snyder County where internet and cellphone service are sometimes sketchy.

These ministers are the focus of Lancaster Theological Seminary professor Darryl Stephen’s recently published book, “Bivocational and Beyond: Educating for Thriving Multivocational Ministry.” “We knew that bivocational ministry was, increasingly, a path our graduates were taking,” said Stephens, who said that 60% of Lancaster Theological Seminary students expect to participate in bivocational ministry after graduation. (It’s a first choice for about a third of them.)

Lancaster Theological Seminary, affiliated with the United Church of Christ, has a denominationally diverse population of more than 80 students, said Stephens, who directs Methodist studies at the seminary as well as its Pennsylvania Academy of Ministry. While a plurality are UCC or United Methodist, the student body includes approximately 20 denominations, ranging from Roman Catholic to Unitarian. Approximately 60% of its students are Caucasian, while almost a third are African American, according to the website. More than 70% are older than 40.

The increasing prominence of bivocational clergy is due, in part, to the waning American population of white Christian Americans (now less than 50%, according to the Public Religion Research Institute).

In many denominations, particularly mainline Protestant ones (these traditionally include Presbyterians, Lutherans, Disciples of Christ, Methodists and Episcopalians), the assumption was that their pastor would be full-time, Stephens said.

But that wasn’t standard practice, he said, outside of “white privileged communities.”

In many rural churches, storefront churches and small African American churches, clergy were never full-time, said Scott Thumma, who directs the Hartford Institute for Religion Research at Hartford International University. “In some ways, there were always two storylines.”

Both Stephens and Thumma trace the origins of the professional (seminary-trained) clergy class to the 19th century.

Now, said Stephens, “previously privileged churches are experiencing membership declines” and can no longer afford full-time clergy. Given that the average congregation now has approximately 65 or fewer people, said Thumma, it’s hard to keep a church building open, pay for insurance and maintenance, and pay a full-time clergy salary at the same time.

Though he said that there may be a “grieving process” that occurs when some churches and denominations realize they can’t staff churches the way they used to do, “they need to adapt in order to continue to do ministry in an effective and vital way.”

Though some churches still view anything less than a full-time clergy as a sign of failure, said Stephens, “what I’ve discovered in my research is that intentional bivocational ministry is a very powerful way of doing ministry.”

At York’s Cornerstone Baptist Church, the executive minister is Cynthia Layton, who has a list of job responsibilities that include supervising the staff, hospitality, Christian education and some pastoral care. (Mark Kearse is the church’s senior pastor.)

While her schedule sounds daunting, Layton said she’s much happier than in her prior 30-year career in human resource management, in which she was tired, anxious and unhealthy. “I am definitely having the time of my life with the two jobs I have now. I would do both of them for free.”

Amelia Price has been involved in ministry for over 30 years, she said. Since 2001, her work has been bivocational. She has three jobs in addition to her current position as pastor at St. Paul’s Verdilla United Church of Christ in Selinsgrove, Snyder County. Price works for her husband’s tax practice, as secretary treasurer to the UCC regional organization and as chaplain to the regional UCC conference.

Though Price is now ordained, she pointed out that in a number of denominations, ordination (as opposed to licensure or authorization to a specific ministry) is not always necessary for local ministries. “It’s complicated within the polities we work in to stretch to embrace the current realities of ministry.”

St. Paul’s, which she describes as the “quintessential little white country church,” was founded in 1840, deep in “Plain people” country. Though they have good neighborly relationships with local Amish and Mennonites, they have had to find creative ways to do ministry in the larger community, she said.

“People make the choice to come here,” said Price, who added that their outreach programs include ministries to county children and youth systems, as well as food assistance to children in local school districts.

On how she works four jobs and stays sane, Price said candidly that it’s a balancing act, involving communicating with spouses, family and various employers. “There are times of crisis when all of that goes out the window, and you just have to play catch-up,” she admitted.

Thumma noted that chaplaincy training programs, which may reach younger people who don’t attend church, are growing. “Increasingly, that’s probably going to be how younger people encounter people of faith.”

Though Elizabeth Haralam Shuba is an affiliate community minister at the Unitarian Universalist Church of Lancaster, she spends most of her work hours as a full-time staff chaplain at Lancaster General Hospital. Haralam Shuba, who formerly co-owned a local record and clothing store, has been a chaplain at the hospital for six years.

But as others interviewed for this story pointed out, ministry increasingly engages those who may never darken the doors of a church. “What does it look like to take church to the people?” asked Haralam Shuba. “The thing that chaplaincy can do it provide community to people who maybe don’t have those kinds of resources.”

When preaching at the Unitarian Universalist Church, she said she uses a narrative style, connecting her words to her experience in the community “I think I have a pretty pastoral presence in the pulpit.”

Although Gutierrez, the Conestoga Township pastor, is not shutting the door on the possibility of ordination someday, he said he feels his role as a local pastor with a full-time job that provides financial stability “is exactly where I need to be vocationally. It actually opens the door, and gives me more freedom in serving churches.”

But he also acknowledges that his dual roles have tensions. “Last week was extremely stressful and challenging,” he said, recounting an influx of members in the hospital, a sudden death, and the passing of an elderly congregant. “I have every day mapped out, but that week, clearly wasn’t how things were going to go.”

He commends area Methodists for launching the Bivocational & Small Church Network of the Eastern Pennsylvania Conference, which he describes as a development opportunity and support network (he’s on the leadership team.)

At the same time, he said, bivocational ministry raises new questions about the nature of ministry itself — and the need to open the definition of the word to include the world beyond the church doors. “It’s very easy for pastors to be so focused on their local church, that they may not fully see or grasp what’s going on in the world. Because I’m working in another job, I see what’s going on. And I can bring that into my ministry — or my ministry into that.”

The grant-funded, open-access volume edited by Stephens is available as a free download online at lanc.news/bivocationalbook. Hard copies can be bought on Amazon.

Some nonprofits are struggling to survive. CrossNet Ministries, however, struggles for space.

The Most. Rev. Ronald W. Gainer announced changes to clergy assignments in the Roman Catholi…

Rami Pavolotzky and Daniela Szuster share a job and pulpit, raise three children and connect with about 80 families at Temple Beth El in Lanca…

The Rev. Roger Rabey received a call and decided to pick up.

This pastor is known for his humorous homilies, now the subject of a new book

On a recent weekend at the beach, the Rev. Daniel F.X. Powell Jr. saw a man with a tattoo that said “Everything has a price.”

A summer of tumult has followed the Supreme Court’s decision to reverse the Roe v. Wade decision, as states move to ban abortions or make them…