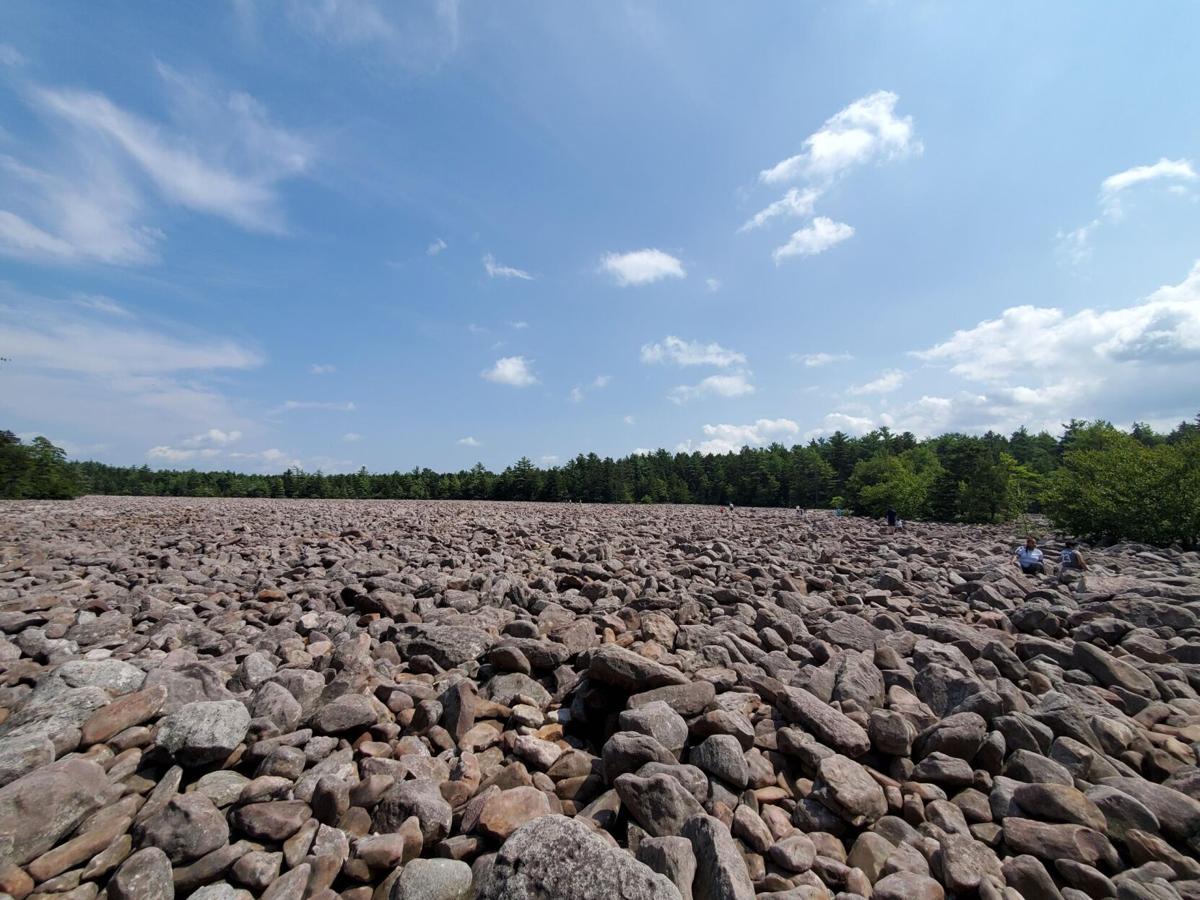 A wide angle look at the Boulder Field, which is roughly 40 minutes from downtown Jim Thorpe, but well worth escaping to. 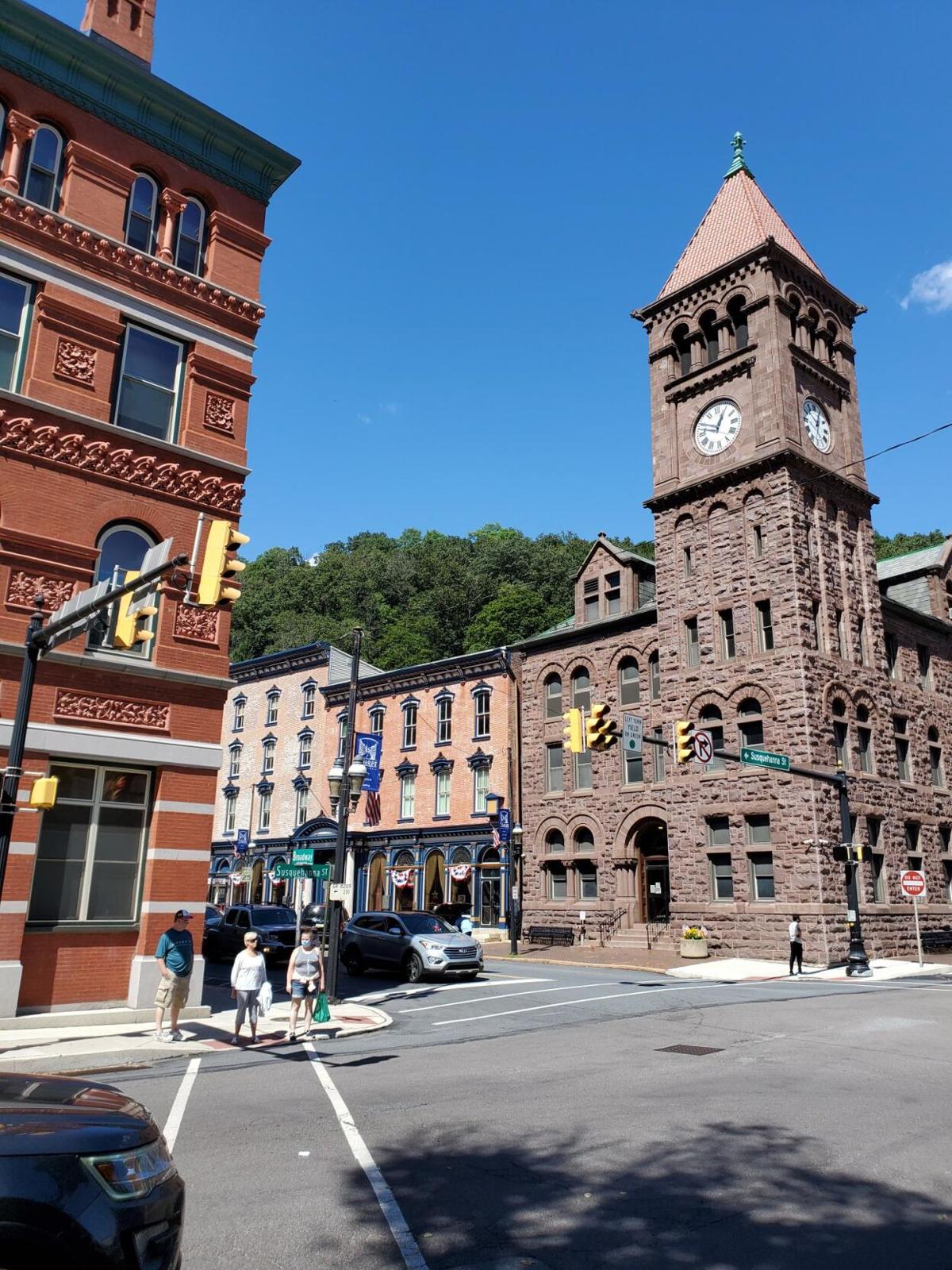 A clock tower overlooks Broadway and Susquehanna streets, which serve as the gateway to fun shops and restaurants that checker the block. 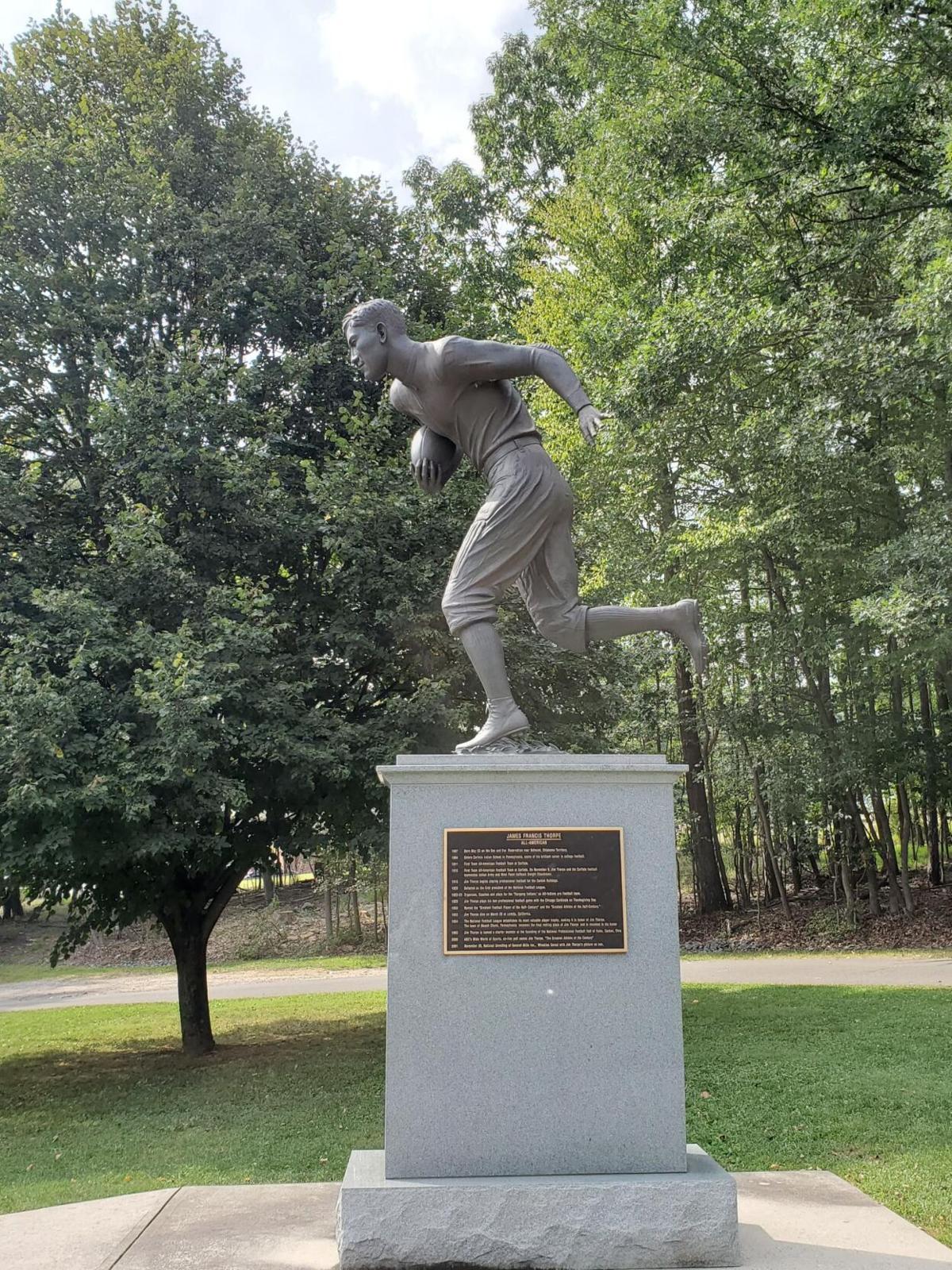 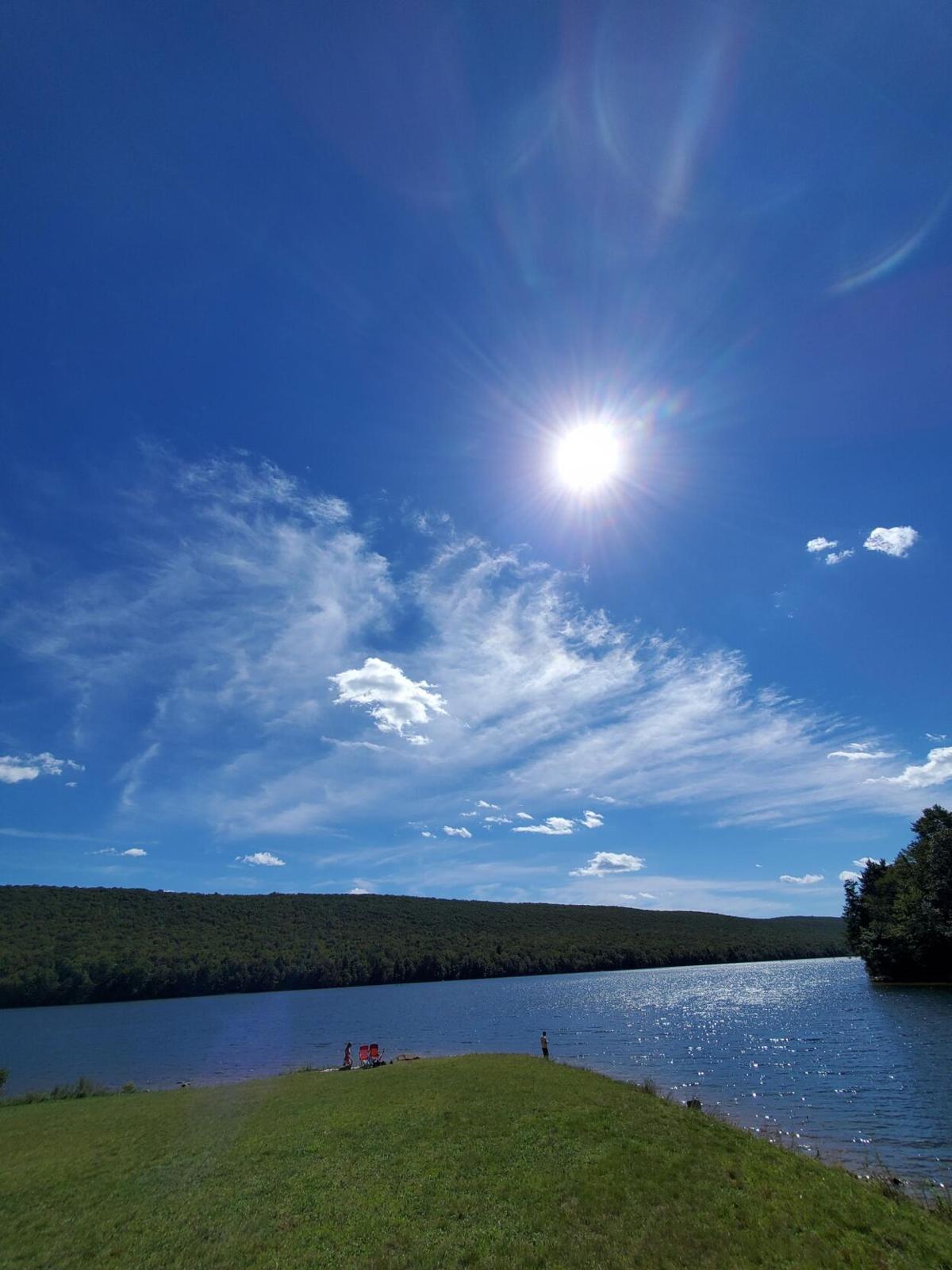 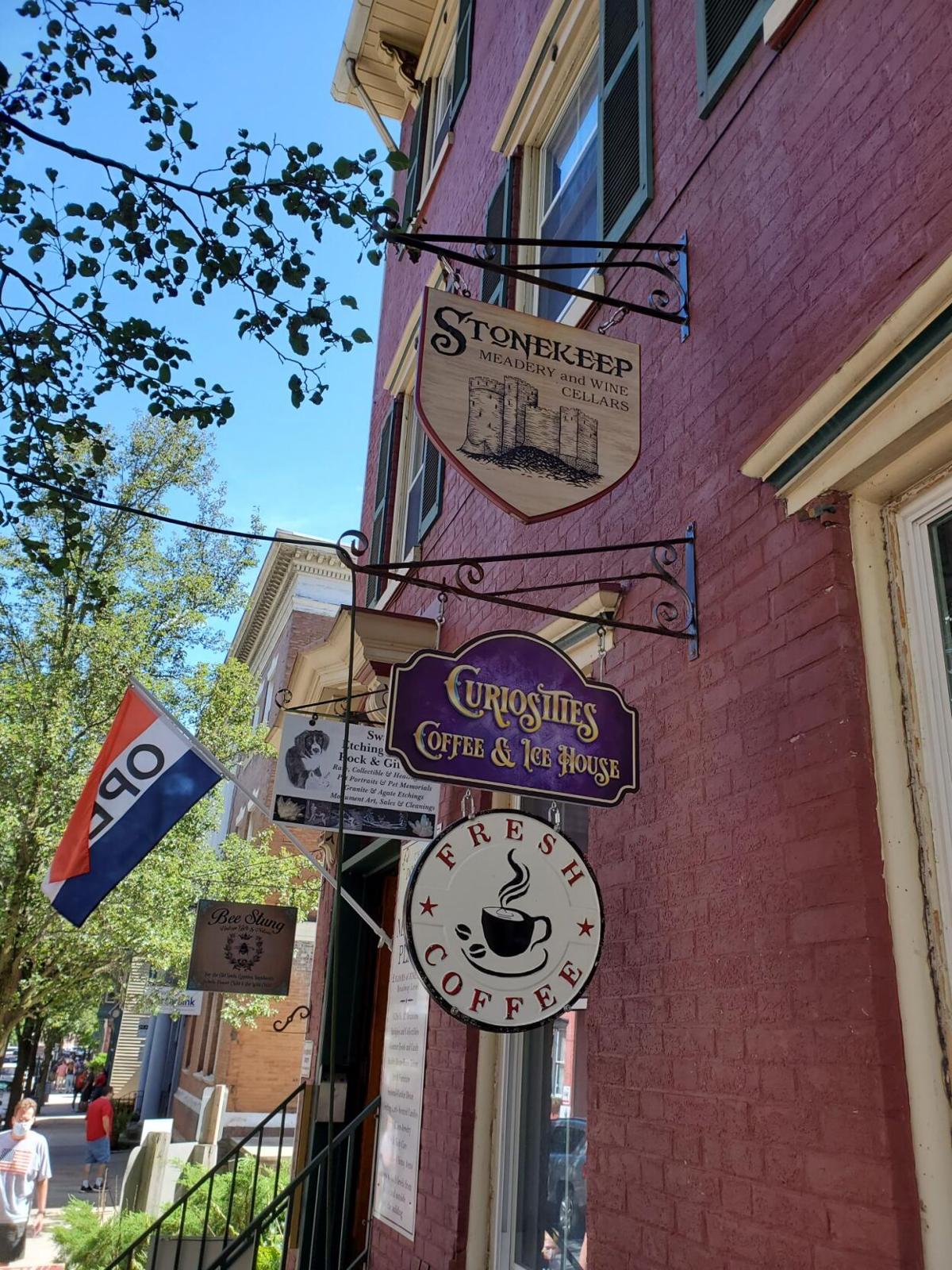 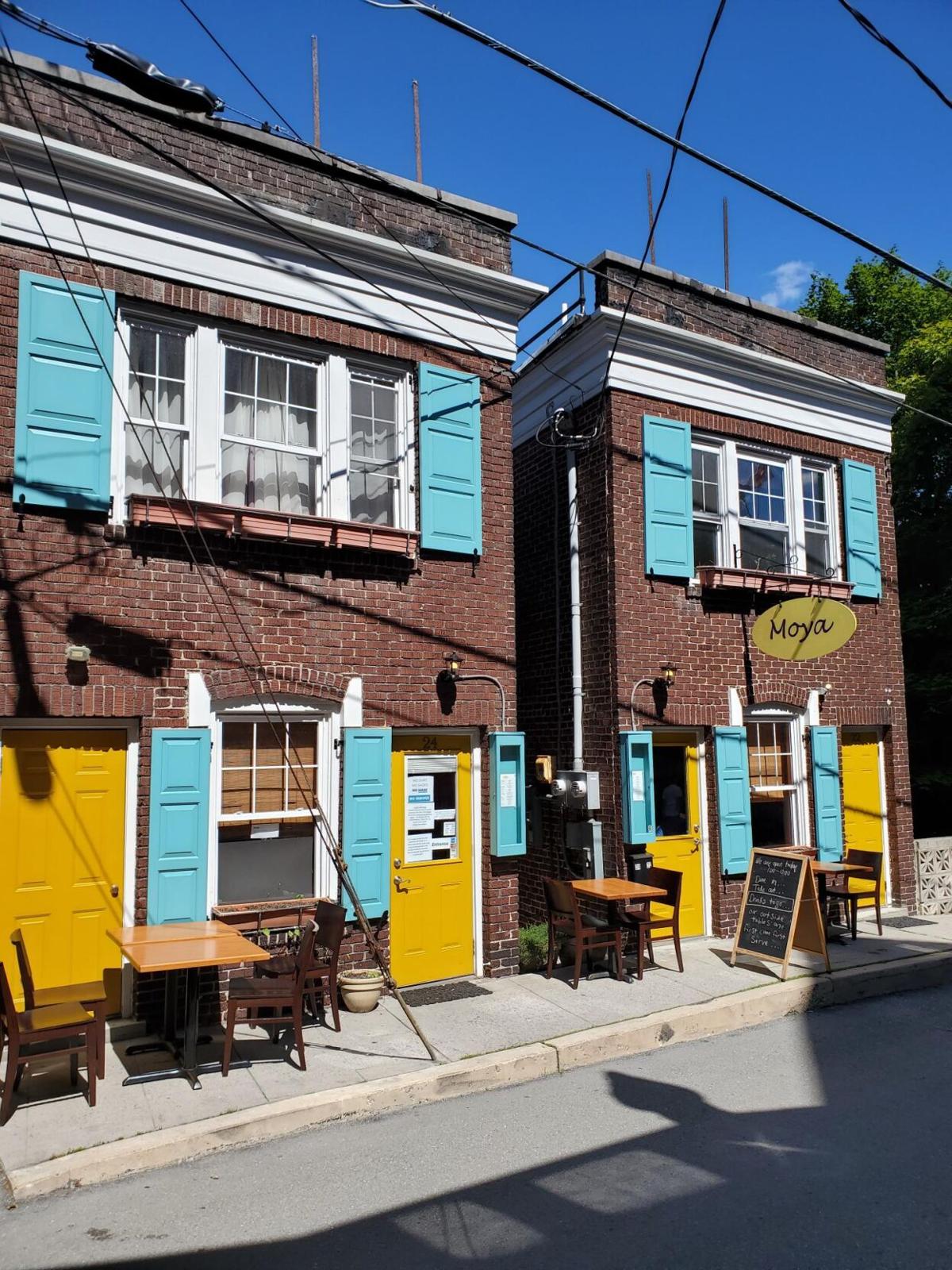 When considering whether to take a day trip from Lancaster to Jim Thorpe, the question is not simply if you should. You should, obviously, for reasons we’ll get into shortly.

It’s a question that you could fairly ask of any destination, but for Jim Thorpe, a contained city surrounded by dozens of small towns and large mountains, part of the appeal is the journey itself.

Named for the barrel-chested Native American athlete who won two gold medals at the 1912 Olympics, Jim Thorpe consists of 15 square miles, with the downtown area snaking up and down West Broadway.

It’s a day-tripper’s dream to be able to walk in and around old buildings including the Mauch Chunk Opera House and the Old Jail Museum, as well as eateries and knick-knack shops, all on the same winding road.

Jim Thorpe’s Broadway has it all, from what you might consider “standard” shops to quirky, one-of-a-kind locations. For instance, there are coffee shops and bed and breakfasts galore, but there’s also the High Priestess Metaphysical Shop, catering to all your incense, oil and bulk herb needs. Not interested in magicks? That’s fine, Trappe Alley Book Store and collectibles shop Stars and Stripes Forever are mere yards away from each other, perfect for whiling away some time looking at trinkets.

However, the quicker-stepped among us could feasibly walk up the winding West Broadway in two to three hours at most, even while making plenty of stops - and then what? Walk back down the street? No, for a single day’s journey into Jim Thorpe, you’re going to want to go beyond the town limits for great views and luscious scenery.

The extended map of Carbon County is rich with different sized county and state parks, each one offering the potential for hours of enjoyment. For example, Mauch Chunk Lake Park offers kayak rentals, as well as trails and opportunities to feed some very charming ducks. As a county park near a sea of state parks, it’s often not terribly crowded. Beltzville State Park, a nearly 3,000-acre area in nearby Lehighton, is perfect for when you want to experience a day at a beach, but not lose that little part of your soul that withers away each time you cross the New Jersey state line.

Prior to making my trip to Jim Thorpe, I asked various friends with more Thorpe experience what I should see, and nearly all of them recommended a place called the Boulder Field. With a name like the Boulder Field, there can be no surprises as to what you’re going to see when you get there. What was a surprise, however, was getting there. Even taking the side roads, my GPS told me that it would be a 40-minute drive from the town of Jim Thorpe. Not knowing my GPS to be a liar, I shrugged and began the rock trek.

It turns out that it only takes 20 minutes to reach Hickory Run State Park, where the Boulder Field is located. It’s just that it takes an additional 20 minutes of increasingly smaller and more ramshackle roads to get there. What began as a wide-open paved road turned into a more contained gravel path, which eventually turned into a dirt road so narrow that a patient groundhog on the side of the road lifted back onto its hind legs to avoid meeting the underside of my tires. I looked in my rearview mirror in time to see the groundhog scoot away after I passed, clearly not the first time it had seen humans in its home turf. Darwin would be proud.

Arriving at the Boulder Field, it struck me instantly that it’s less a field of boulders and more a colossal ocean of boulders. Rocks cover the ground nearly as far as the eye can see, and the further you walk out, the more peaceful it feels. Though there were a few families and unruly teens, it’s possible to achieve a very centered state of mind far enough out on the rocks.

After walking out far enough to where it was almost silent, I sat on a rock and closed my eyes for a few seconds. No sooner was I feeling thankful for the calm before a dragonfly landed on my head, perhaps thinking I was also a boulder. As soon as my mini-meditation session ended, I hopped back to the start, happy to have been one with the boulders, even for a little while.

The trouble with a day trip is that it’s just a day, and days have a habit of ending eventually. There’s no ironclad list of essentials for Jim Thorpe because you simply can’t hit everything in one day. However, you can prioritize a certain feeling, and for me, that was seeing the mountains and landscapes from as many different points of view as I could manage.

That’s why if you’re planning on visiting Jim Thorpe, regardless of if you’re spending the day outdoors or visiting shops, take the back roads. You’ll experience more than TripAdvisor or GoogleMaps could ever help you plan for.

After two months of successful rehabilitation after getting entangled in fishing wire, a bald eagle was released back into the wild on Saturday.