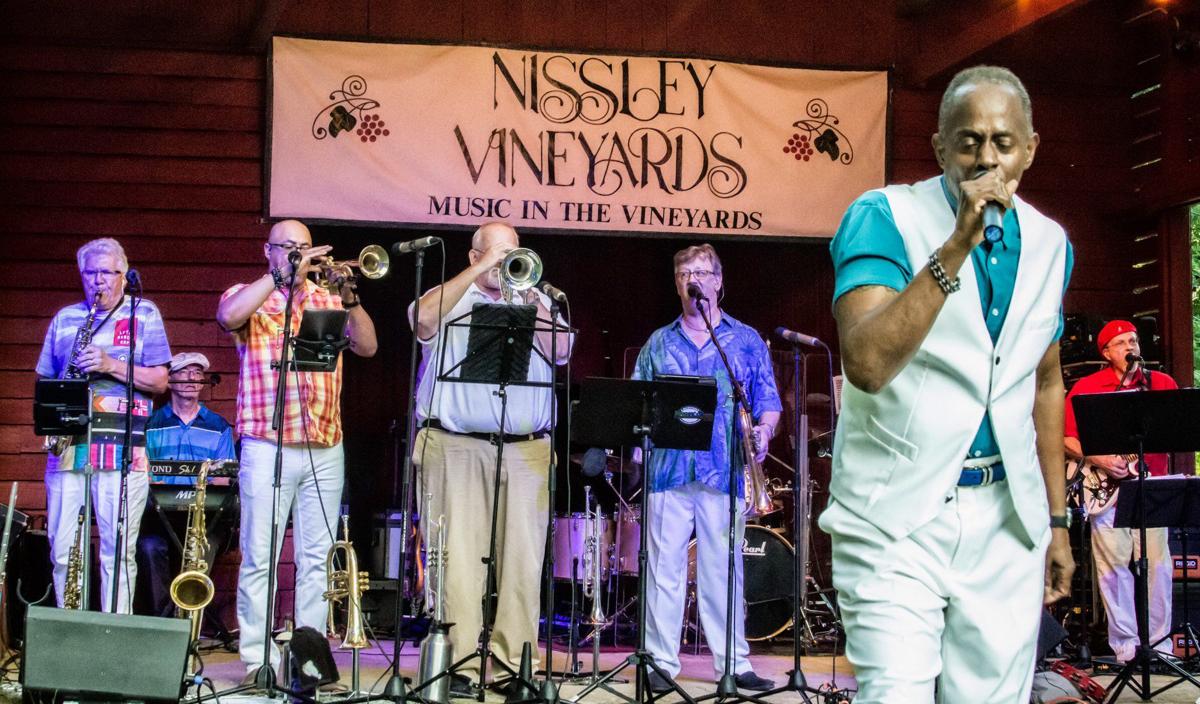 Vance McGhee, right, sings with The Maxwell Project at a previous Nissley Vineyards show in a photo from the band's Facebook page. 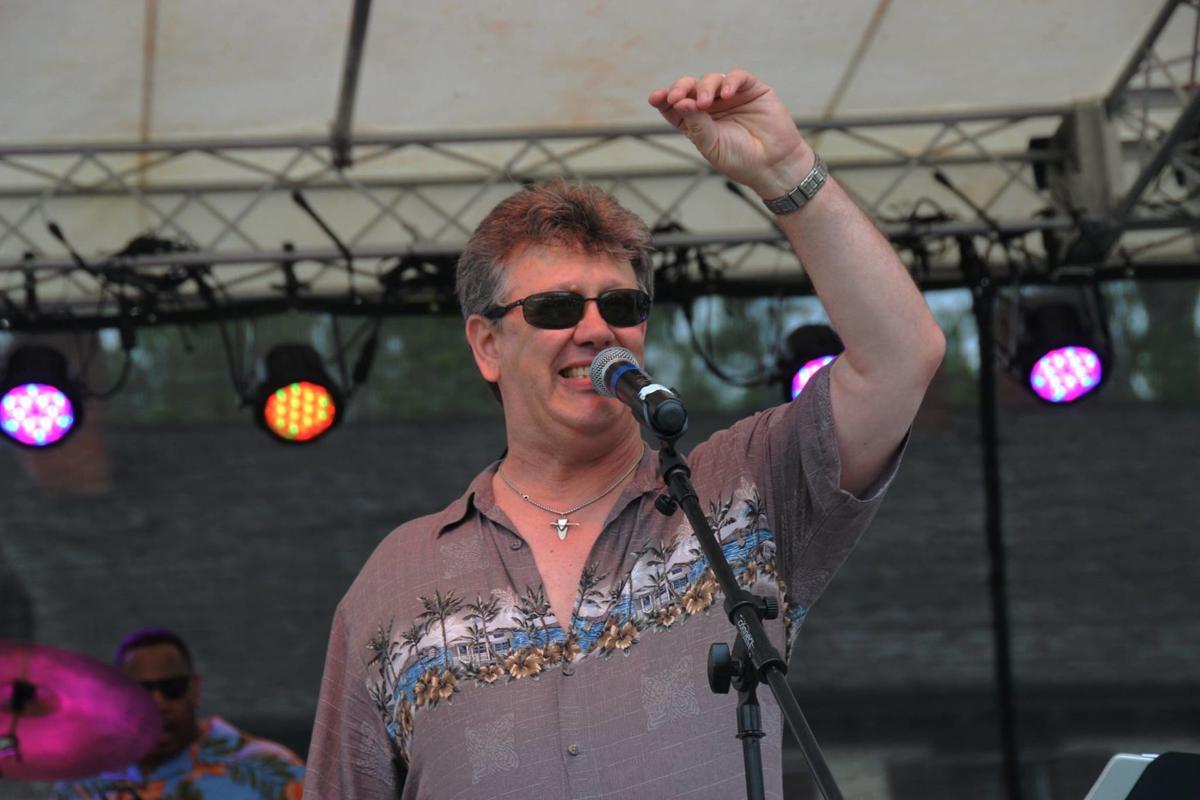 Jeff Aston, a founding member of The Maxwell Project, in a photo from the band's Facebook page. 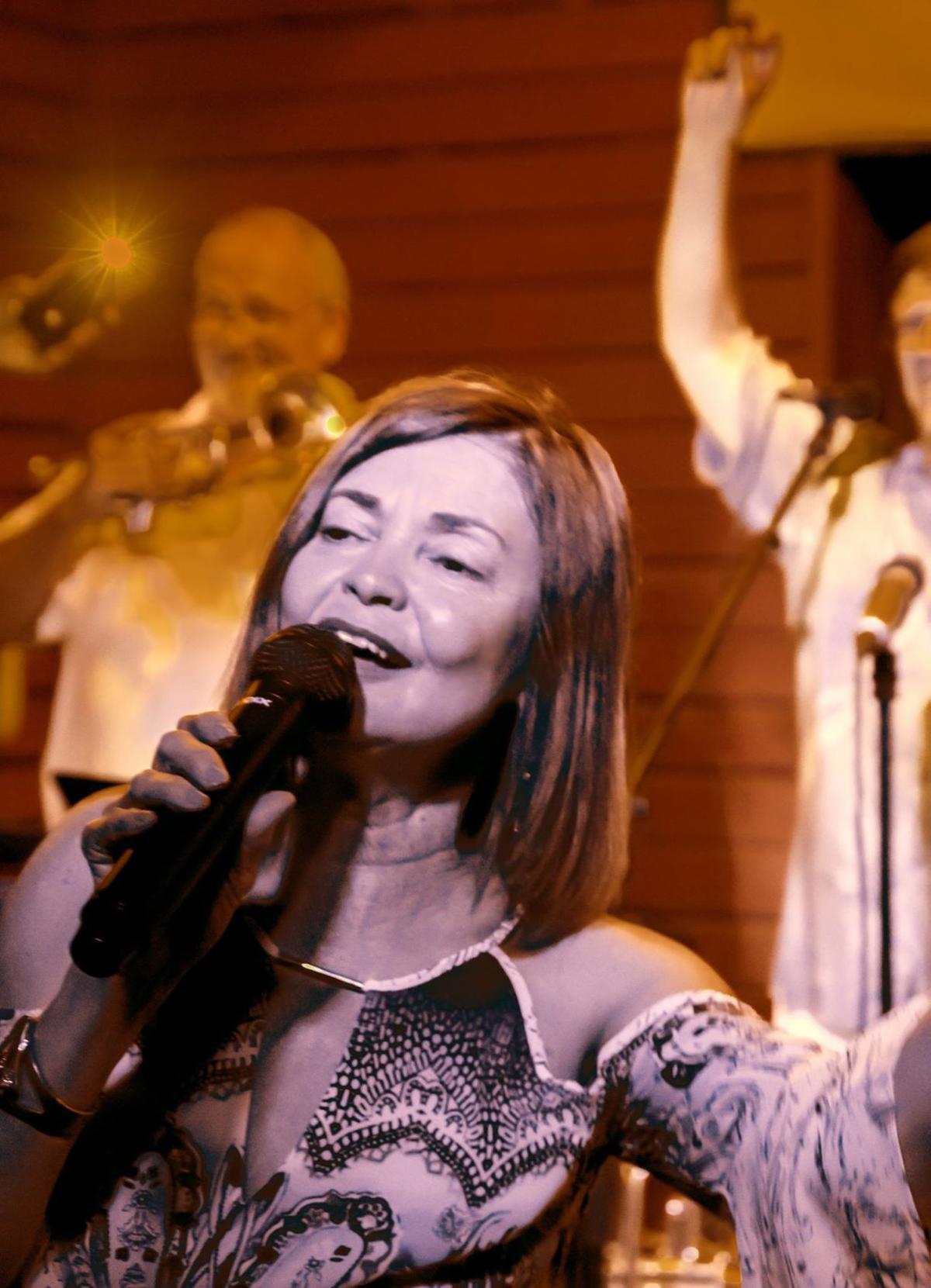 Kathy Matthews Aston of The Maxwell Project in a photo from the band's Facebook page.

When Jeff Aston and Kathy Matthews pulled up to the Lancaster Host Resort in 2002, they weren’t quite sure what to expect.

Their funky soul group from Columbia, formerly known as Maxwell, was about to perform its first show in nearly 20 years. When they arrived for a sound check, a line had already formed at the entrance.

About 2,000 people showed up that night, making the message abundantly clear: Central Pennsylvania hadn’t yet had its fill of the band.

Now, 16 years after that reunion show, the band is still playing as The Maxwell Project. The group will perform Saturday at Nissley Vineyards.

The band’s history dates to 1972, when Jeff Aston was fresh out of trade school. He’d often perform with Maxwell until 2 or 3 a.m., giving the vocalist and trumpet player just enough time to get home before his construction job started at 5 a.m.

Maxwell grew a robust following in the ’70s with lead singer Nippey Hawkins. The band earned airplay with its 1979 song “Radiation Funk,” which referenced the Three Mile Island accident of the same year.

After Hawkins moved to Georgia, the band went in search of a new lead singer.

“We decided it would be better to have a female vocalist take his place so they wouldn’t have to compete with his legacy,” Aston says.

That’s when they met Kathy Matthews, a Harrisburg native.

The band had several lineup changes throughout its first iteration. They thought they were on the verge of entering the national music scene when they went to Kentucky to record an album in 1981. A legal battle over the song rights followed the recording, and the album was never released. Maxwell broke up in 1984.

After the success of the 2002 reunion, local venues reached out to the band to see if they were interested in performing again. The band re-formed, but couldn’t perform under the name Maxwell. In the wake of the band’s break-up, their rights to the name expired and another performer picked it up.

So, the band now calls itself The Maxwell Project, a name Aston says honors the band’s previous members while moving it into the present. Aston and guitarist/vocalist Corby Myers are the only founding members of Maxwell still with the group.

The band’s second act sparked a romance between Aston and Matthews, who married after reconnecting for the reunion. The frontwoman is now Kathy Matthews Aston.

In recent years, the band has been incorporating more of its original music into its live shows, including tracks off the 2005 album Jamaphonic. There’s still a hearty dose of recognizable covers, too.

“Our Earth, Wind and Fire stuff sounds pretty authentic, with three of us singing and five people in the horn section,” Matthews Aston says. “It’s a big hit.”

The band also has been performing its cover of “Too Much of a Good Thing,” a song by local ’60s band The Ambassadors. The Maxwell Project was recruited by X-Bat Records founder Phil Schwartz to record the song for a special 45-rpm release. Don Hodgen of Pocketful O’ Soul sings on the record, which will be for sale at Saturday’s show.

The Maxwell Project got a second lease on life after that fateful 2002 reunion. Aston says it’s his sheer love of music that keeps him inspired to continue.

“It’s about the music and it’s about the legacy,” Aston says. “Doing something special that people will remember in the future.”

What: The Maxwell Project at Music in the Vineyards.

These days, music listeners can cue up almost any song they can dream of at a moment’s notice.