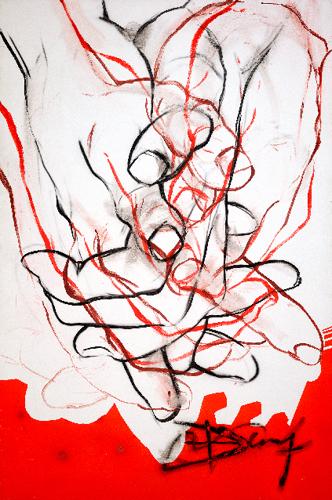 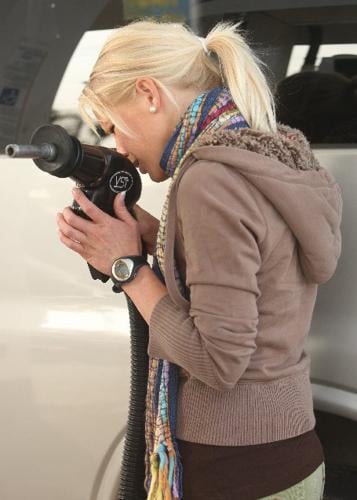 Kristen has to confront her fear of germs by getting up close and personal with the handle of a fuel pump on "The OCD Project." 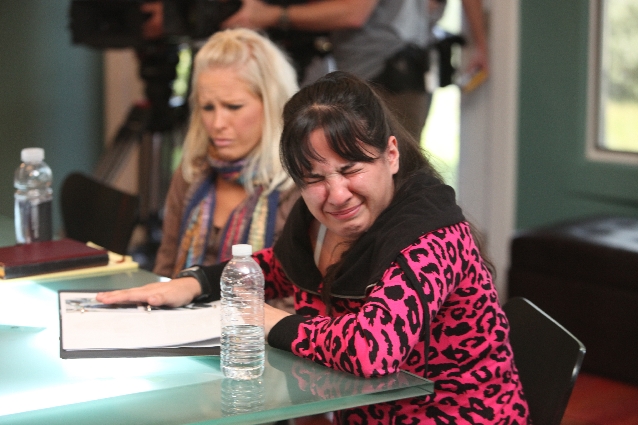 Traci starts to realize how her compulsions are hurting her 10-year-old son on "The OCD Project." 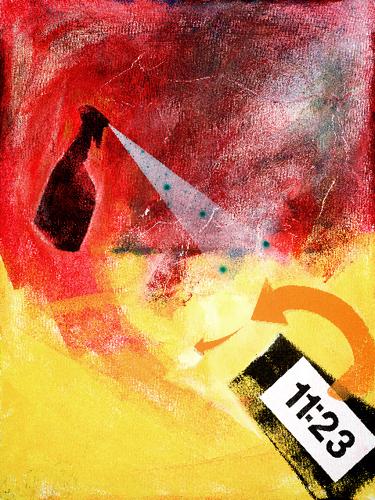 Kristen has to confront her fear of germs by getting up close and personal with the handle of a fuel pump on "The OCD Project."

Traci starts to realize how her compulsions are hurting her 10-year-old son on "The OCD Project."

It's a devastating affliction that leads some people to wash their hands 20 times a day and turns routine daily tasks into a nightmarish set of life-ruining rituals.

There is very little about obsessive-compulsive disorder - which, according to the Boston-based OCD Foundation, affects 2 million to 3 million Americans - that can be associated with beauty. But Lancaster County artist Dennis Ryan has at least found inspiration in the disease, and his works are now seen by millions on a VH1 television show about the disorder.

Ryan, who studied psychology at Millersville University and lives in the southeastern part of the county, produced a series of OCD-inspired paintings that attracted the producers of the VH1 reality show "The OCD Project," which airs at 10 p.m. Thursdays.

The paintings, which make a crippling malady appear almost meditative, decorate the home where the show's six OCD sufferers attempt to overcome their fears under the guidance of OCD expert Dr. David Tolin. One patient fears hitting pedestrians while driving; another is convinced her 10-year-old son will die if she doesn't live by a set of self-imposed, OCD-induced rules.

Ryan's work dovetails nicely with the theme of the show, and the art, he said, serves a dual purpose.

"It's art of a couple of levels," said Ryan, 37. "[It's] something that's almost beautiful to look at … but the concepts are almost more important than the look of the piece."

Those levels tie together in such works as "3 Faucets," which at first blush looks like a benign, if abstract, representation of folded hands. But in the light of OCD: Are those hands clasped in prayer and contemplation, or engaged in frantic washing? The painting (actually a giclée print of the original) hangs prominently on a hallway wall in the house.

Another work, "1 2 3," is displayed over a countertop, its clock theme nearly overshadowed by an image of a spray bottle of household cleaner. It could mean anything in the troubled world of OCD.

Ryan's personal philosophy can be widely interpreted as well. He doesn't like to be pinned down, or, in some cases, even identified.

After serving in the military, he studied fine arts at Pennsylvania College of Art & Design. He continued on to Millersville, where he completed his art degree with honors, minoring in psychology. That course of study piqued his interest in art based on phobias and led to his fascination with OCD.

He wouldn't say if he himself had experienced OCD, offering only: "I like to separate my identity from the art."

Even when he contacted the people behind "The OCD Project," Ryan said he told them, "I don't want to be on the show, but I'd like you to look at my art."

Ryan's website, kickthefaucet.com, also is enigmatic. It features a photo of Ryan in a hazardous materials suit, and the site takes its name from the story of a young man who, afraid to touch faucets in public bathrooms, used his foot to "kick the faucet" on and off.

Ryan isn't opposed to the exposure "The OCD Project" gives to his art.

"I do agree the best way to look at art is in a gallery," he said. "But Episode 2 had a million viewers."

He associates the show with other types of high-profile exposure that have brought conditions such as OCD to the fore, citing the Leonardo DiCaprio movie "The Aviator" and the popularity of TV host Howie Mandel, of "Deal or No Deal," who has made his life with OCD public.

"I like to think I do my part to build awareness," Ryan said.